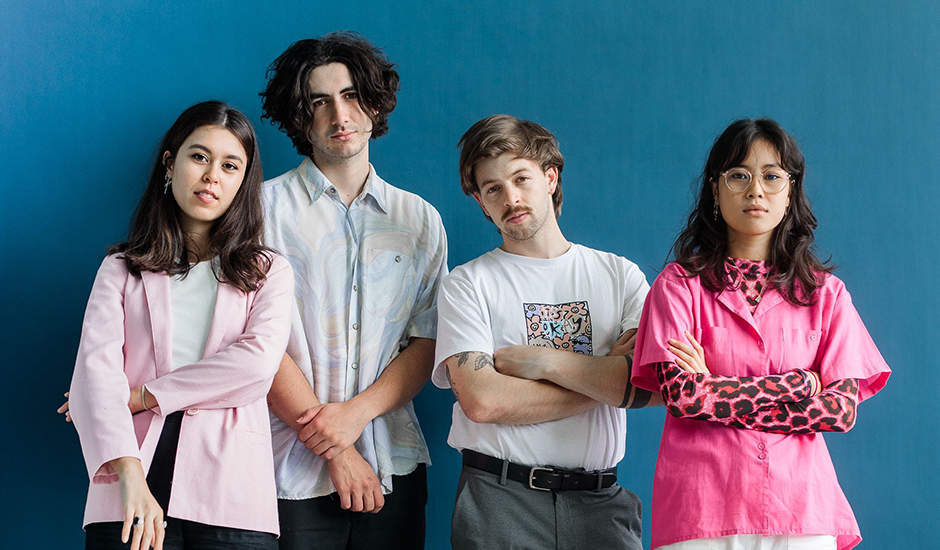 One of the big pieces of news from the Easter break was the launch of Broth Records, a new label and passion project helmed by Joji Malani - the former Gang of Youths member who left the Australian heavyweights back in late-2019. Broth Records is what he's been sinking his teeth into ever since, carving a label with independence and community at its core ethos, as well as celebrating artists firm in their identity and story: It's about "the Australian art that I see and want to see more of," he said with the label's creation. "Diverse in race and gender, yet strong in identity."

Sydney-based four-piece Coconut Cream are the first act off the block, and if they're anything to go by, it's going to be a label that repeatedly strikes gold. Their latest single Your Drug On Computers is the first release on the label and its a tone-setter in all the right ways, emphasising the exact type of craft that Joji seemingly aims for with the label's creation - and the strong, empowering talent, much like Coconut Cream, who bring it to life.

The four-piece - composed of Astari Mudana, Jasmine Tan, Chad Kennedy and Oscar Saran - have been regulars to the Sydney live music space for a few years now, and the recorded work they've been putting out prior to their Broth Records enlisting hints at a growing evolution that deepens with every new addition. Your Drug On Computers, however, takes things to the next level, forging an entirely new step-up for the group in which all their strengths come together, and everything really falls into place.

On Your Drug On Computers, this is shown through crafty indie-rock not too far off some of the names they've supported over the years (Spacey Jane, Middle Kids), with a strong chorus and clever lyricism floating amongst a hot bed of guitars and percussion; intimate and upfront, yet also full of the zest and flavour that makes Coconut Cream such a brilliant addition to the Broth Records roster, let alone the perfect one to kick it all off.

"It’s kind of like a journal of all the places that me and this person used to go to together and things we did which all really shaped my teenage years," says the band's Astari Mudana on the single. "Your Drug is actually the name of a Saskwatch song that I listened to a lot with someone when I was around 17. Whenever I hear the song now it takes me back to significant moments when I was younger so it’s still very sentimental to me."

Your Drug On Computers is the first taste of their forthcoming debut EP, worked on alongside Tim Fitz (Middle Kids) and scheduled for release later this year. It's bound to be a brilliant moment for the group and their ever-evolving sound, but before then, take a listen to Your Drug On Computers below and better introduce yourself to the group while you're at it:

Jasmine: We met in our first year at The Conservatorium of Music all doing the same course. Astari and I were put into the same class and got along really well right off the bat. Soon after, we decided to start a band together. Seeing that we only had half a band, we reached out on our uni page, looking for a bass player. There were a few people who replied, but we randomly chose Chad to come in and have a jam with us. He brought Oscar along and we really liked how well they played into the songs that Astari had written. Being from different backgrounds in terms of music taste and where we grew up, our sound took around a year to develop into what it is now. In saying that, it’s created a really cool dynamic and made us unique in a way.

Chad: Yeah, Oscar and I met in a class and found a shared love of the same type of music. Pretty quickly we decided that we wanted to start a band. I replied to a post on the uni page looking for a bassist and the girls told me to come in for a rehearsal. I asked if I could bring Oscar along and I guess it went well, because here we are now.

Jasmine: Our music is a take on the Australian Indie music scene with influences from a bunch of different genres. It’s mainly us getting together and playing until we find something that really brings out the best in the songs Astari brings to us. People often come up to us after shows and tell us how they felt that this part reminded them of another artist or that part sounded like so and so, so we obviously unknowingly take things from our own personal favourite bands/acts. In terms of the lyrics, our music covers themes of love, heartbreak, nostalgia and general youth experiences. There are some happy songs, some sad ones and some really sad ones.

Astari: Usually I’ll come to the band with a song that I’ve written on guitar and vocals and play it to them acoustically. Then everyone kind of works out their own parts to suit the feeling of the song and we will just workshop ideas back and forth until it’s sounding solid.

Oscar: Once we have a few tracks that are fundamentally built, the band will come to mine for a week and we will track our demos. This is where our ideas can be fleshed out through the production as we start to finalise the songs to a standard and direction we like.

Can you tell us a bit about your new single, Your Drug On Computers?

Astari: Your Drug On Computers is a song that I wrote about an early relationship. It’s kind of like a journal of all the places that me and this person would go to together and things we did which really shaped my teenage years. I tried to really capture that feeling of being young and naive when you first get into a new relationship. Also - Your Drug in the title is actually the name of a Saskwatch song which was a track that I listened to a lot around that time.

Oscar: We have more things planned to be released and some exciting things in between. You can follow us on our social media to keep up to date with what we are doing.

Chad: I think we want people to take anything they can from our music. Whether it’s them relating to or finding themselves in the lyrics or even just having a boogie and a good time in their room or at one of our gigs!

I think that we play music that’s fun to listen to with your mates and I think a big thing we want our music to do is to bring all sorts of people together.

Oscar: We have music out on all of the major streaming platforms such as Spotify and Apple Music. You can also find us on Triple J unearthed. We have our first video coming out for Your Drug On Computers which you will be able to find on Youtube as well. 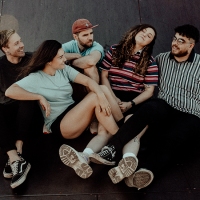 Premiere: Meet Adelaide pop-punkers Wing Defence and their newie, Greener PasturesIt's the first single from the group since their debut EP last year, and comes with more in the pipeline. 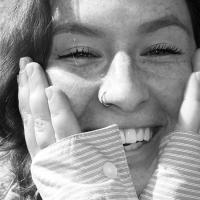 Premiere: Tulliah unveils a live take of Just My Type, recorded at The Corner HotelThe Victorian artist-to-watch releases the new live video in celebration of her forthcoming headline shows in Sydney and Melbourne next month.
Bands