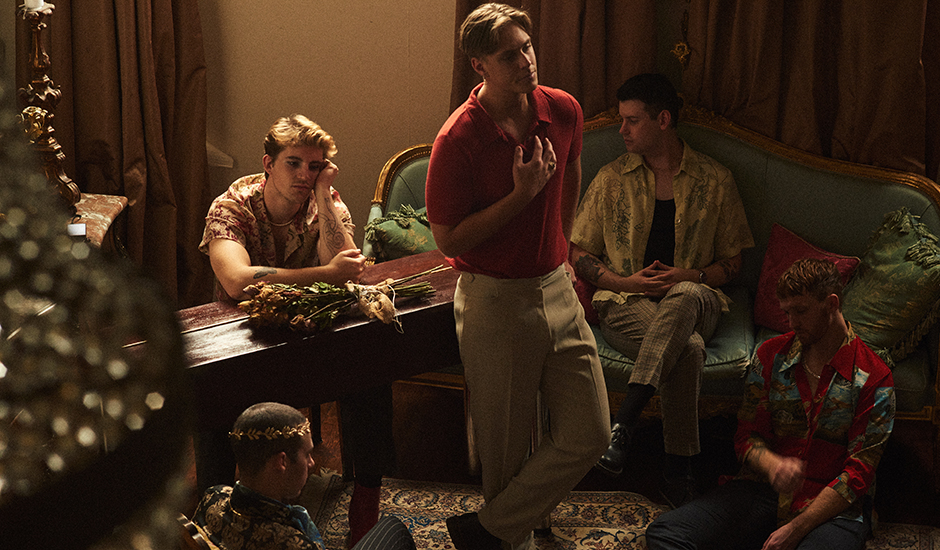 When some of Australia's most notorious heavy rock, punk and metal musicians come together to create a new musical project, one of the last things you'd expect to come out the other end is subtle and low-key indie-pop. For Melbourne-based project Cherry, however, it's proof that it doesn't just happen but that it works brilliantly; bringing together some of the country's most esteemed faces in the heavier sound - members of Thornhill, Void of Vision, Tapestry and The Beautiful Monument, to be precise - to create some of the best pop music in the country right now.

Led by Jacob Charlton of Thornhill, the project began out of boredom amongst the lull of touring last year, as a way for the band's members - all close friends, having played alongside each other on festival line-ups and tours - to catch up and experiment with their sounds and make new music in the down-time of their respective projects. What it birthed, however, was Cherry: A complete transition in sound and image, that turned into a serious band when they worked out that some of the music they had created was downright brilliant.

We got the first taste of it in the form of Girls Club last month, an introduction to the Cherry project and the sound it encompassed. It was something a little more The 1975-esque than what you'd expect from the combination of each members' history, taking the emotive indie-pop of some of the genre's pioneering names - Sufjan Stevens, Cigarettes After Sex, Coldplay - and moulding it with its versatile future, bringing in further influences that spread from Frank Ocean and Phoebe Bridgers through to Harry Styles and BENEE.

It's a sound - and image - that we see continue to unravel with the premiere of their second single Call Me By My Name today, a second track that deepens the introduction we received with Girls Club last month, and in doing so, solidifies Cherry as a head-spinning new addition to Australian indie that's amongst the scene's most exciting. Call Me By My Name focuses on a down-tempo and low-key take on the indie-pop sound, capturing the potency of acts like The Fray but through a more modernised and multi-faceted lens, as subtle melodies unite with one of the year's most upfront and touching lyric sheets.

"This song was mostly written by Matt, with some additions from myself, and was one of the first songs made for the band," Jacob says on the single, which premieres alongside an official video clip directed by Jacob and Cian Marangos. "The lyrics are about a denial of an affair in a relationship, where the protagonist is confessing their love to a partner who is ready for someone else. We attempted to express this through a video that relies on the juxtaposition of shots to show the joy and sadness of the conflicting mental states of these characters through the colours and environment without the use of storyline shots."

It's a mesmerising second single from Cherry, and with plenty more - including an EP teased - to come, Call Me By My Name brings the perfect opportunity to introduce yourself to Cherry if you're yet to be acquainted already. So, do so below, as Call me By My Name premieres today, and we chat to Jacob to introduce the band to our world:

The idea of Cherry began as a bit of a boredom project in 2020 that slowly started turning into a serious band by the time it came time to launching. We are just a bunch of mates that play in heavy bands who decided to start writing pop/rock music as something different.

We all come from various musical backgrounds and are trying our hand at a genre that we were raised with as kids, including instruments and songwriting methods that aren’t usually something we’re used to in the other bands that we play in.

Cherry at its core is an iteration of our favourite 2000s rock bands but presented in a more modern way, which we’re mainly doing so that our mum’s might finally be able to hear us on the radio one day. I think our sound, and definitely our influence, is a mix of Coldplay, The 1975, Harry Styles and The Fray, lyrically exploring relationships in certain viewpoints.

The main process so far has been Matt (guitar) and myself just throwing demos back and forward at each other and rearranging parts while trying to land on a certain style or sound before finally settling on the songs that we have now. Because of the lockdowns in Melbourne last year, almost all of it had to be done over Zoom calls and sending stems to each other to work on, which is not how we would normally work so I guess that’s made it a bit of a challenge in the early stages of the band. I think the process will definitely change on future releases if things are back to normal by then, so that we can properly figure out what works best for us.

Can you tell us about your latest single, Call Me By My Name?

This song was mostly written by Matt, with some additions from myself, and was one of the first songs made for the band. On first listen from the other members (Jack cried) it was a good indicator that the sound and themes of this song were on the right track which made it a lot easier for us to continue from there. The lyrics are about a denial of an affair in a relationship, where the protagonist is confessing their love to a partner who is ready for someone else. We attempted to express this through a video that relies on the juxtaposition of shots to show the joy and sadness of the conflicting mental states of these characters through the colours and environment without the use of storyline shots.

We’ve tracked an EP so we’ll hopefully be announcing that in the coming months, but in terms of shows it’s hard to say with what’s going on at the moment. Fingers crossed we’ll be able to showcase it all at some point this year because we are itching to play these tracks live.

There are no boundaries to creativity and you’re not defined by anyone’s perception, which is an idea we follow very closely. We bring this idea to our visuals in a way that shows you can wear makeup, dress however you want and do what makes you feel good with no regard for the possibility of negative response, which is how we want our sound and image to resonate with our audience.

Call Me By My Name and our first single Girls Club are both out now on Spotify, Apple Music, and any other streaming service that you use. Apart from the obvious music video in this article, you can also find another music video for Girls Club on our YouTube channel as well (or below). 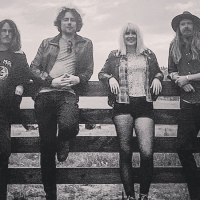 Premiere: Melbourne's Big League share their second album, A Symbol Like A CloudAfter sharing their debut album I Thought Thunderbolt in 2017, the indie-rockers return with a second album just as brilliant. 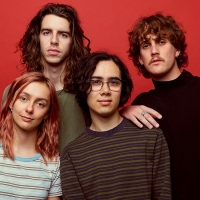 They're back: Listen to Lots of Nothing, Spacey Jane's first single since SunlightAfter celebrating a year since their breakthrough debut album Sunlight the other week, the Perth favourites return with a taste of something new.
Bands