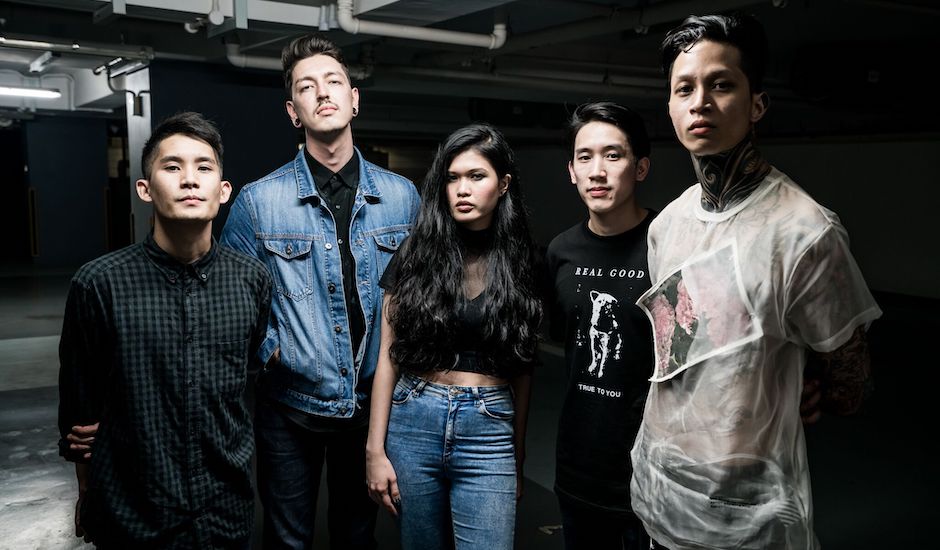 We've spoken quite a bit about the heavier side of Australian music across the past few weeks, whether it due to new albums from Northlane or the introduction of Heavy Times - a new column where we explore all things hardcore-to-punk coming out of Perth and the greater Australian market. We haven't, however, spoken much about the heavier scenes outside of Australia; particularly in Asia, where the scene is quickly exploding and making their international mark (and yes, with more acts than just Japan's BABYMETAL). Take Singapore's Caracal, for example. Over the last ten years, the group have belt themselves a following as one of the region's brightest names in post-hardcore and heavy-rock, particularly entering the international canon with their 2015 full-length Welcome the Ironists and last year's five-track returning EP, Take It Apart and Put It Back Together.

Mouth of Madness, meanwhile, is their first single to arrive since the EP and it's a triumphant return for a band built for success, with hectic percussion and raging guitars meeting the vocals of Rachel Lu, who explains that the single was hypocrisy and morality and the intertwining of the two - something seemingly rising within Singapore. "Sonically, we wanted to evoke the sinister archetype of the televangelist or preacher, while at the same time capturing the rage of those who have had enough of the hypocrisy," the band say. "Fittingly, our home of Singapore is experiencing a kind of morality crisis right now – and Mouth of Madness is our reaction to that. We have a deep respect for religion, but when people use it as an agenda to push down or take power away from others, that’s when it crosses a line for us."

They're playing a couple of shows across the next few weeks, including Melbourne's The Workers Club, King Street Crawl in Sydney, and the Bandwagon Hear65 Showcase at BIGSOUND, also featuring Lincoln Lim and .gif. Check out the track below, and better get to know the group while you're at it:

Caracal is a 5-piece rock outfit from Singapore comprising of Rachel, Gabriel, Field, Trent and Martin.

We’d describe our signature sound to be- hitting people hard in the chest with crushing instrumentation, and then nursing them back to health with gorgeous melodies.

Writing usually begins with any one of us sharing a guitar riff or drum groove, and then bouncing these ideas off each other. In recent writing sessions, our guitarist Gabriel has been coming up with a lot of interesting, abstract riffs, and it’s been both really fun and challenging to construct a story around a certain mood or idea, rather than come in with a preconceived formula.

When we finally have the full arrangement, we head to our drummer Martin’s house to write lyrics and melodies for vocals. From there, the music arrangement often goes through a few changes to accommodate the vocal melody. However, because production is such a collaborative process for us, what we enter the studio with is often different from what comes out, and we’re constantly fine-tuning our material until the last second.

The collaboration element becomes really interesting when we write lyrics. In contrast to a typical principal lyricist, we each pen themes that we’d like to explore for each song, and once we’ve found something that fits the sound, we all work in tandem to piece together a narrative. Coincidentally, for our new single, we came in with very similar ideas about what we wanted to say. That was hugely exciting for us, because it meant that what we had heard in the instrumentation translated into a shared feeling.

Can you tell us about your new single, Mouth Of Madness?

When we were writing Mouth of Madness, members of the band had observed or experienced religious interference in other peoples’ lives. We have a deep respect for religion, but when people use it as an agenda to push down or take power away from others, that’s when it crosses a line for us. The song is a sort of reaction to that.

Sonically, we wanted to evoke something that sounds like the sinister archetype of the televangelist or preacher, while at the same time capturing the rage of those who have had enough of his hypocrisy. Fittingly, our home of Singapore is experiencing a kind of morality crisis right now – and Mouth of Madness seems apt to soundtrack the battle for Singapore’s cultural soul.

Caracal has been around since 2006. We’ve played almost every small club and big festival stage there is at home. We’ve always wanted to perform in Australia, but we’ve just never had the chance. So, we are really excited to showcase our brand of noise from Singapore.

We’ll be writing for the rest of 2019 and will be working hard to get new material out in 2020. We’d also love to continue playing abroad and meeting awesome bands and fans, and hopefully cover some new ground that we haven’t before. 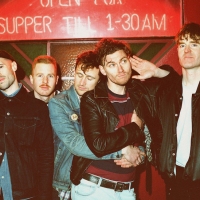 Premiere: MID CITY share a wacky vid for latest single, Fake Friends ForeverFresh from their latest EP back in April, the new song comes with a world tour kicking off at BIGSOUND. 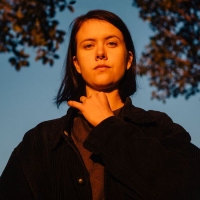 Introducing Georgia Mulligan, who shares an emotion-built moment with MirrorIt's a new taste from a forthcoming sophomore EP, out later this year.
Bands