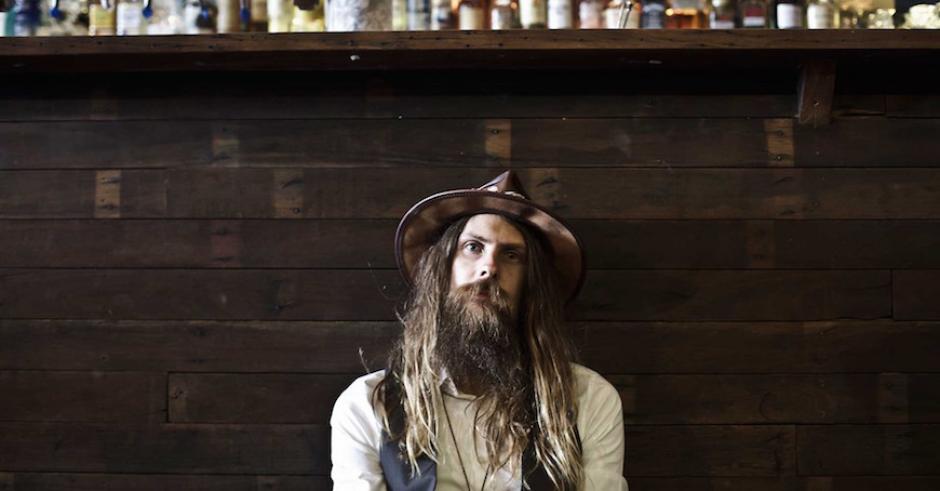 Singer/songwriter Karl S Williams is currently in the middle of a big tour around the country, celebrating his latest single Is This Love? with solo shows, Donavon Frankenreiter supports and Bluesfest appearances. He's ticked off a few of those already, so we touched base with the man himself to see how it's all going, and what's coming up once the tour is finished (check the remaining dates at the end of the interview.

Let’s start with the Is This Love? Tour – you’ve had a few shows, along with the Donavon supports and Bluesfest, how have they been?

The shows have been great so far, Bluesfest was a great honour and even moreso for the chance to support Donavon on a couple of his sideshows. It has been really nice to see the crowds in Melbourne start to grow and to have corresponding support from institutions like RRR. It has also been good to meet a lot of new folks who weren't previously familiar with my music (and hopefully win a little piece of their heart).

Any early highlights, and how was it chilling it Donavon, you seem like the kinda guys who’d get on quite well?

Well, I must say that the very first show of the tour at The Westernport in San Remo was a true delight and has really set the mood for the shows to come. It was a really warm and supportive crowd (including at least one canine member) so that was a nice way to begin.

I remember watching surf movies soundtracked and/or featuring Donavon with my brother so it is a real privilege to play some shows with him and his (tremendously talented) band. He certainly is a relaxed guy so it is a pleasure to share a green room with him, although I think we were all in a bit of a post-Bluesfest haze at the last show so we were all pretty quiet (though we did get to expound on the beauty of Mavis Staples and her band). I surely appreciated his kind words after hearing my set for the first time.

How was the vibe between the smaller intimate shows you’ve done, through to the Donavon supports, and then at Bluesfest, do you have to change up how you approach the shows at all when it comes to different types and sizes of crowds?

I certainly think different crowds require different treatment. It's a skill that I'm still learning and a lot of it is intuition, reading the crowd. You can have a big crowd that will be receptive to an intimate performance or conversely some small crowds want you to stomp and holler. More often though, it's the other way around (as you might expect).

It's quite a strange feeling to transition between the two, I came into this tour off the back of a support tour with Trinity Roots where there was lots of stomping and hollering and then I went straight into the most beautifully silent crowd at The Melbourne Folk Club with Mojo Juju. With a crowd like that, you can get away with softer songs that would be drowned out under other circumstances. I had to remind myself when I closed my eyes that the silence didn't mean everybody left. I also had to remind myself not to beat them all about the ears with too much hollering and just lay back in the sound a little (which is not to say there wasn't a good measure of stomping).

The first show I played with Donavon at The Corner in Melbourne was a wonderful crowd, and one of those exceptions to the rule. Although it's quite a big room and there was a good number of people there, they were very quiet and inclined towards a more intimate performance. I think it took me a while to figure that out because I assumed they'd want something stompy, but I always try to mix up the pace of the set so I think it all worked out in the end.

Bluesfest was a whole lot of fun because it was a chance to really put out a lot of sound and energy. I think the crowds at that festival are unlike any other, they seemed to be open to anything; either hushed intimacy or the opposite. Nevertheless, it seems that when you're up on a big stage you really need to give a lot of energy to reach everyone and stretch outside the tent to draw folks in. I'm happy to say that we were pretty successful in that endeavour (the rain may have helped). I say 'we' because I wasn't alone on stage, my friend and drummer Jesse Carroll helped me lift the set and I also got to play my electric guitar which is a bit like holding fire in your hand.

Heartwood is an album that’s been with you for a long time now after its initial release and then last year’s re-release, sometimes albums can be very much of the time people write/record them, have you kinda moved on from where you were when Heartwood was initially released?

Perhaps strangely, Heartwood still remains pretty fresh for me. I still get a kick out of playing the songs and especially when I get to play them with a live band (which I'm hoping to do more frequently). I try to be always conscious of making music that isn't tied to a particular time and is as universally applicable as possible. In that way, although some of the events and people that inspired the songs have since passed out of my life, I see how the songs can apply to new experiences in my life and in the lives of others. It is encouraging.

Have you had much chance to work on some new material, and do things like touring help you when it comes to writing process?

Touring certainly helps with the writing process, though it can also hinder. I come up with a lot of ideas while I'm driving; and I've been doing a lot of driving while on tour. I had gathered a mass of audio notes and written things in various forms as I had been travelling around but because I was always busy travelling and preparing for gigs I didn't have so much time to piece them together into more complete works. I'm trying to improve my work ethics (and method) so I can do more of this on the road, because I get really restless if I stop for too long.

Luckily for me, I had a little gap in the schedule so in January/February of 2015 I was able to work up a whole bunch of new songs, which was highly therapeutic! I've started introducing a few of these into the set (which really helps with refining the song) and I've since written a whole lot more so I'm really looking forward to turning this new material into an album.

The Is This Love video with Thelma seemed to get a great response – is there any future collaborations with her coming up?

Any chance I get to collaborate with Thelma I will certainly take. She is remarkable! There has been talk of recording a duet for my next album and a sweeter voice I have never heard so it would be a real treat to record with Thelma.

Just glancing over your social medias it seems like you get some nice feedback from people quite regularly. It must be nice, but more-so do you put a big importance and maintaining that interaction with fans, replying and keeping in touch as best you can?

It is very nice, I appreciate it very much and I try to never take such kindness for granted. People could just as easily be silent but the fact that they choose to express their thoughts to me is very welcome and encouraging.

I will certainly always try to interact with the kind people who follow me online and at shows where possible. It means a lot when someone I admire does that for me, so I'm just passing it on. I really want to convey the same level of respect online as I would in person and I want to be accessible and human and really avoid creating any kind of separation between myself and those people who enjoy my music. We're all just people and music-lovers so I think we can really create togetherness.

You’ve got a few more dates planned and then what’s on the cards for the rest of 2015 in Karl S Williams land?

I have some very exciting festivals to play through the winter months, some of them have been announced (Big Pineapple Festival, Spirit of Bundy) and then there are some others that are yet to be announced so I better not spill the beans.

In addition to that I'm looking forward to really working hard on my next album. I have heaps of songs and more coming all the time so it's going to be a fun process. The names that have been thrown around for the producer role are very exciting (but again, it's too early to say anything for sure). I also plan to record a collection of traditionals and old spirituals in my spare time which may see the light of day somewhere along the way and I'd like to experiment with some more music videos and impressionistic audio/video pieces.

Life is short, but long enough.

IS THIS LOVE? TOUR DATES: 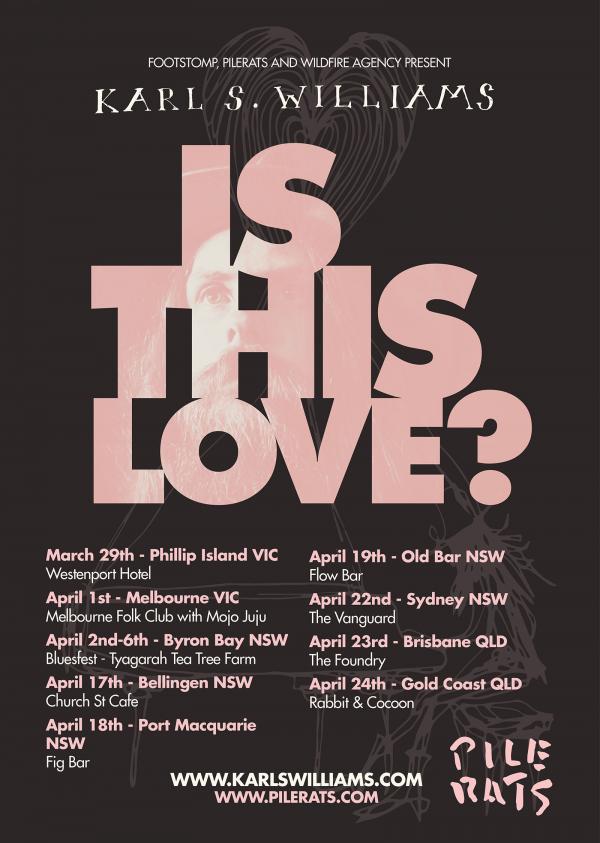 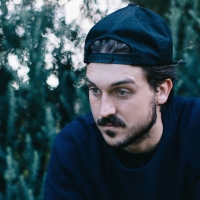 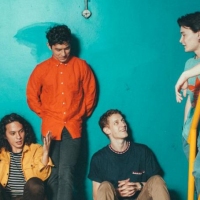 Listen: Last Dinosaurs - EvieIt's been three years, but a new track is finally out!
Bands