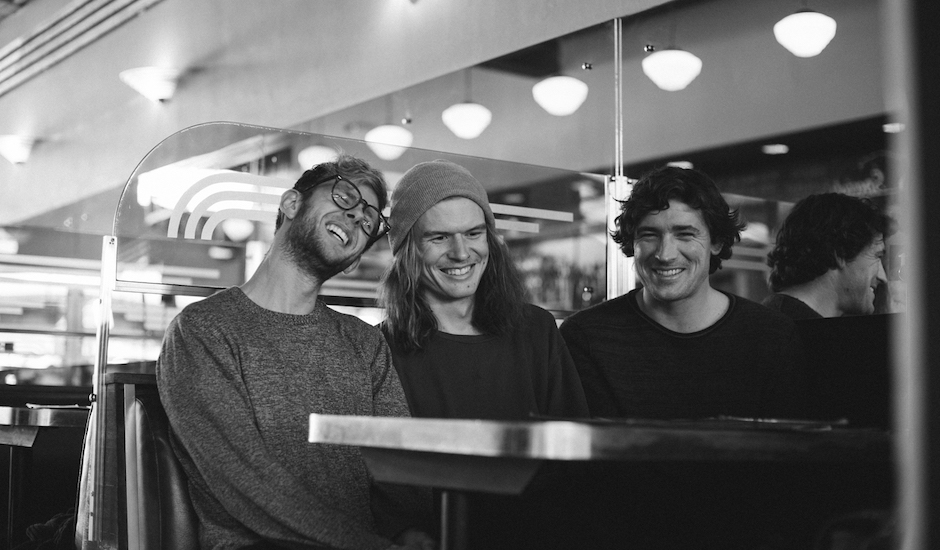 A couple of months ago, we were introduced to the romance-touched, surf-rock-esque sound of Perth indie three-piece Girl York, who with their most recent single at the time, Dandies, were approaching this year's WAMFest as one of our favourite local discoveries. It was a taste of EP number two for the trio, who after three years of mulling about with side-projects, recording and the odd show here-and-there, finally follow up their 2015 debut Perception Is Reality with their second EP – Dreaming In 505 – this Friday. "I’m not a prolific writer - the process is slow," said vocalist and songwriter Shaun Martin on the ride to their sophomore EP when we met them earlier this year. "I’ll have all my shit plugged in at home and ready to go, then when it’s time to go to bed in order to be fresh for work in the morning, I’ll get inspired to play guitar or piano for hours at a time. I’ll play something that I think sounds good and just keep repeating it and sing a melody. The lyrics are the last and hardest part. It’s not often songs eventuate."

Eventually, songs do eventuate, and when they do, they're pretty damn good. Dreaming In 505 is a five-track display of Girl York's hazy, guitar-soaked sound and the many forms it takes, from the distorted and almost-Britpop-sounding Heroine through to songs such as the EP-closing Let Go, which takes an almost psych-esque form as swirling vocal melodies meet washed-out guitar. There are elements of shoe-gaze in there too, a touch of indie-pop mannerisms at the EP's lightest moments, and a crackling, punk-rock distortion that underlies much of the EP's washing melodies – it's a thick, complex listen, but one that rewards you the second you hit play.

Stream the EP below ahead of its release this Friday, with a track-by-track walk-through of the EP's inner-themes and creation.

There has been of a cycle in my life since I finished engineering at university; work away on construction projects for 2-3 years, wear myself down mentally and physically, turn to vices to make me feel better, before ultimately spiralling out of control into depression. Most of my songwriting happens at the low point in the cycle, and invariably the themes reflect how I feel during those times. I need to remove myself from all responsibly, take away my commitments, and spend time on our family farm working, concentrating on being healthy, exercising and spending time with friends and family, before I finally drag myself up out of the deep dark hole. It’s a feeling that far too many of us feel....and we need to help each other as best we can.

Heroine is about depression, loneliness and the battle to keep hope real. It's the feeling that you are in a vortex of negative pressure, whilst forever longing for a burst of love to break the cycle, for a heroine to plunge her arm to the depths of the deep blue sea and pull you back into life.

I wrote this song on piano, and when we tracked it originally, it sounded a bit Ben Folds. We added guitar and lots of effect and it started to sound better. The song is about getting stoned during the day.

We tracked the guitar and drums to Dandies back in 2014, however, when we revisited it in 2017 to track the vocals, we decided to redo the whole song. I changed the melody and wrote lyrics about the time I spent with a then-girlfriend I met while working in Chile. For a short time, we had a great time, travelling around the world and enjoying life. The song really came to life after the second time around and has become one of my favourites.

Lost at Sea is about depression and the feeling of being completely lost in life. Hoping and pleading that you don’t have to endure a wasted life. It’s only when it’s too late that you realise what you should do, which haunts you without respite. Attempting to chase the fix and desperate to realise the most perfect solutions, only leads to the deterioration of relationships with those you love and admire, and the loss of respect from others, to the point at which you are the reason you are lost at sea. It’s a cry for help, however, the songs own existence gives me some relief and direction.

Originally about a break-up, the song took on a different meaning to me when I tracked the vocals at Blackbirds back in 2014. It’s just about me pleading for the things destroying my life to go away; loneliness, depression and addiction. That’s what I’m singing about in the choruses. 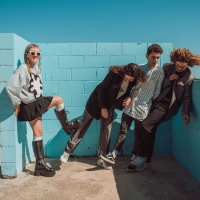 Premiere: Meet Spit Chewy and their sensational second single, JimmyThe Wollongong four-piece have gone from strength to strength since their debut single arrived earlier this year. 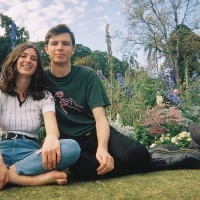 Mosquito Coast Interview: "We’ve tried to raise the bar in terms of pushing our sound."The WA duo return re-energised and ready for a big summer.
Bands