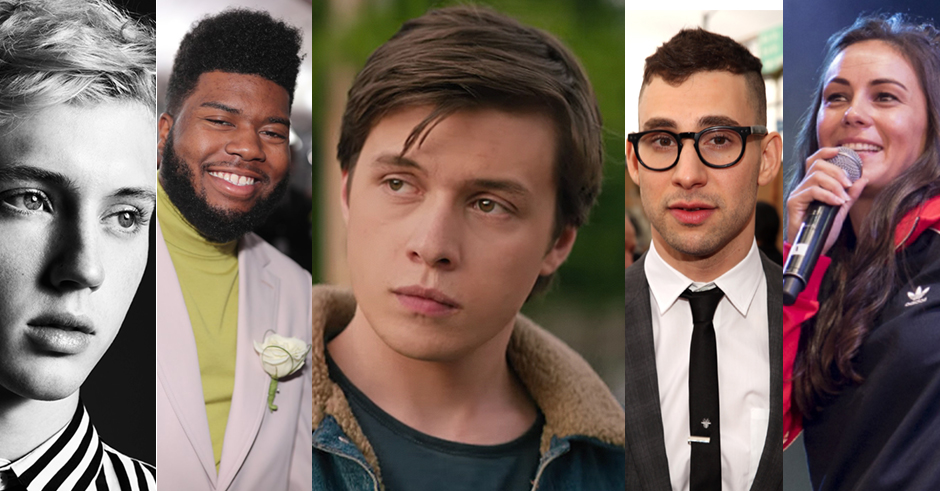 We've linked up with 20th Century Fox to mark the release of Love, Simon, in cinemas March 29. First up, an in-depth look at the Jack Antonoff-produced soundtrack:

When Jack Antonoff is tasked with a project, he doesn't do things half-heartedly. While his name may be unfamiliar to many, particularly in Australia, the New Jersey singer-songwriter/super-producer has been behind some of indie and pop music's biggest releases, whether he's front and centre or behind-the-scenes. There was fun., in which Antonoff was the lead guitarist, who become unavoidable in Australia with the Janelle Monaé-featuring effort We Are Young and Some Nights. There's also Bleachers, Antonoff's own project in which he's the lead singer, who had one of 2017's most acclaimed indie records with their sophomore album Gone Now and just wrapped up an Australian tour with Paramore. He's also worked on tracks by Lorde (like Green Light), Taylor Swift (like Look What You Made Me Do), Sia, St Vincent, Zayn, P!nk a whole heap of other acts you'd typically find at the top of a festival billing. The point is, is that Jack Antonoff has this whole music thing down-pat.

His most recent musician venture is in the world of movie soundtracks, curating the official soundtrack for 20th Century Fox's latest flick Love, Simon – a film that explores the stereotypical US high-school coming-of-age theme but from the point of a view of a young gay male attempting to navigate and become comfortable with his sexuality, something which has been primarily left unexplored from major-studio coming-of-age films thus far. It's the type of film that requires quite a broad soundtrack that'll appeal to the younger audience, and to cover these bases, Antonoff has casually assembled a team that reads like the future of pop music – Khalid, MØ, The 1975, his own Bleachers project, Australians Troye Sivan and Amy Shark, and others all among them.

It opens with Alfie's Song, a light-hearted Bleachers cut that leads the soundtrack's release. Alfie's Song is a bright and optimistic affair perfectly suited the movie's similar tone, with Antonoff's vivid vocal dancing above a slick instrumental that towards its ending, becomes swollen with layers of piano, brass and guitar amongst Antonoff's ending cries. Rollercoaster, another Bleachers cut that follows on from Alfie's Song, has a similar feel but in a more large-scale sense, something that contrasts the two ending Bleachers singles in Keeping A Secret and Wild Heart.

Sandwiched between these Bleachers numbers are the guests, and they definitely put on a show. Never Fall In Love, a collaboration between Antonoff and Danish break-out MØ, is radio-friendly pop with a slight electro twist, with MØ's vocals layered above a squirming, synth-heavy production that feels a lot more current than the more traditional backings that often occupy pop instrumentals. Troye Sivan's Strawberries & Cigarettes boasts a similar feel, with the Perth ex-pat continuing to branch into a more appealing take on pop following on from his major return single My My My! (which is a genuinely incredible single, by the way).

From here, the soundtrack dives into the more alternative side of popular music currently gaining attention, whether it's the smooth R&B of Khalid or the indie-tinged sounds of Amy Shark or The 1975. Amy Shark's contribution to the release, Sink In, further solidifies that she is a growing force not just in the 'alt-world' of triple j, but also on a more 'mainstream' level too. Above a bubbling, electronic-tinged instrumental, Amy Shark comfortably demonstrates why her vocals have become one of Australia's most-adored over the years, reaching new heights above the single's restrained production that allows Shark's vocals to truly stand out. Likewise, The 1975's Love Me is another vocal-focused indie-pop song, with frontman Matthew Healy standing tall above the Manchester group's stadium-sized instrumental. US indie-pop pairing HAERTS, although less known than The 1975 or Amy Shark in Australia, are the final piece of the trilogy of non-Bleachers indie-pop on Love, Simon's soundtrack, with their single Wings begging comparisons to Oh Wonder with its light, yet flavoursome sound that is stroked with this summery feeling. Khalid's collaboration with Normani, Love Lies, sits somewhere in between the more indie-side of Love, Simon's soundtrack and the outright-pop of Troye Sivan and MØ. Above a hazy production, Khalid and Normani bring together their respective vocals in a very duet-like affair, with Khalid's crooning, soul-teasing vocal sitting perfectly alongside Normani's, which is shaded with this more pop-frontwoman-like vibe similar to Camilla Cabello or Dua Lipa in its confident attitude.

The common theme across Love, Simon's soundtrack, as previously mentioned, is how it feels like a line-up of pop music's future. Bleachers are quickly expanding their cult following into one that is pushing sold-out shows in the US and abroad (and supporting names like Paramore in Australia), with acclaim for their most recent record Gone Now dotted with phrases like "music's next big thing". Likewise, Amy Shark, although already popular in Australia, is starting to cause a stir in the US. In fact, just last week she played Adore on none other than Jimmy Fallon's The Tonight Show – one of the most popular late-night talk shows in the world. Then, there are names like MØ, Troye Sivan and Khalid – no strangers to heavy radio play in Australia, whether it's on their own or featuring on tracks by Major Lazer, Marshmello and others, and will no doubt continue to strive further into 2018. For example, MØ's upcoming second album is set to be one that pushes her further into stardom, and on a similar front, Troye Sivan's long-awaited sophomore record is bound to do similar things if lead single My My My! and the experimental The Good Side are any indication of what to expect.

When compiling movie soundtracks that aren't Hans Zimmer-led orchestras, it's essential that you not only create something that matches the mood of the scenes being depicted on screen but also create something that holds up outside of the cinemas. It's got to be enticing to start off with, and names like Troye Sivan, Khalid and Bleachers definitely make the soundtrack stand out from the countless other releases its joined by on release day. Then, the music actually needs to make sense outside of the film's setting, and although Love, Simon's soundtrack features a couple of singles which are definitely built around important scenes in the movie (no spoilers), they're all songs you'll probably hear rinsed on the radio if you're not playing them yourself. Jack Antonoff has ticked both of these off with his soundtracking debut, just dive into the soundtrack below for proof: 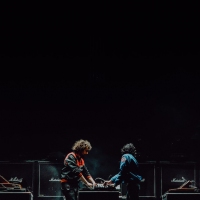 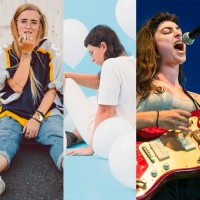 Here are the best songs of 2018's first quarterFrom Annie Bass and Alice Ivy to Woodes and What So Not, 2018 has given us some real gems early on.
Light & Easy