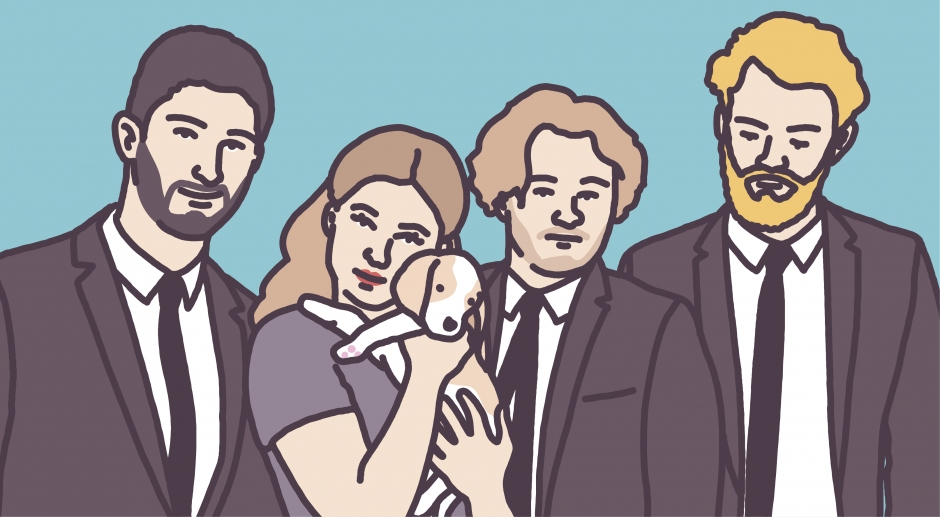 When I catch San Cisco’s lead vocalist Jordi Davieson on a cool WA autumn morning, he’s in the midst of some much-needed downtime for the indie-pop four-piece. After battling with severe laryngitis for much of the first part of the year, the group’s frontman is taking whatever chance he can get to rest that voice box.

“My voice is kinda f***ed and I'm going to see some specialists…” Davieson admits. “It's more than laryngitis, I think I've kinda stuffed it a bit. So yeah, it's definitely something I need to fix up.”

It’s a part of life being the vocalist in a band that’s forever on the road, and if not on the road in the studio working on music. “It's like a constant thing as a singer. As soon as you get a cold you're screwed, even if it's like a little head cold, and in the past my voice has gotten pretty bad, but this is really bad, it's been bad for a couple of months now. So it's way too long and I kind of have to take it seriously now because it's everything. I need it.”

Fortunately, in the lead-up to the upcoming State Of The Art Festival which the group are headlining, Davieson will be getting some time to rest the vocal chords. And while doing so, link up with the rest of the group (guitarist, Josh Biondillo, bassist, Nick Gardner and drummer, Scarlett Stevens) to get cracking on some new San Cisco music.

And how does the San Cisco writing process usually work? Davieson enlightens: “I usually just write folk, love ballads and get the words together, then we get together as a band and Josh will have some little poppy riffs, then working with our producer we just sort of pull San Cisco songs together from all of our separate ideas.”

As it stands those ideas aren’t so much leading towards a new album, more-so “just some new material, just keeping the momentum up,” he says, “Eventually an album, but just keeping the ball rolling.”

During that down time (and just in general), I’m curious as to what Davieson has been listening to and if it creeps into his writing process at all. His response was perhaps not what you’d expect.

“I've been listening to Rihanna and Drake and Kanye, that's what I'm usually doing… I'm always really listening to their lyrics. I think that's really interesting. And often we'll also go - 'Oh, let's try and get a drum sound like that', or try and create that sort of vibe.”

It doesn’t completely shape their music though, just emerges naturally: “I also think whatever you listen to subconsciously comes through your music in a very organic way, so you might never think specifically about using an idea, but just the fact that you listen to it, it'll happen.”

The musical landscape in 2016 is obviously very different to the past, when bands could spend a year or two working on a new album, release it, tour it, then repeat. Now if you leave the collective conscious for any extended period of time, you’re faced with fading into obscurity.

A situation Davieson is acutely aware of: “Yeah, that's the theory. With the Internet and social media and all that stuff the spread of your music can be much wider and you can take over the world much quicker. But also with the amount of great music that people get their hands on, I think people chew up and spit bands out quicker, so you do wanna stay relevant and keep in peoples’ ears. For us, I think if we left like a two-year gap, we'd be half-forgotten, so yeah, we just want to keep things going.”

Given the group have been rocking around in their current form since 2009, I was curious to learn about what else Davieson and co. have garnered from their seven or eight years in the spotlight. Besides needing to stay active on the Internet in lieu of losing fans.

“[Being in the band] has sort of completely sculpted who we are. I mean, we were just grommies when we started, so that's all we've been doing. Scarlett, Josh and Nick got together at uni for a bit but I was like straight out of high school, straight into it,” he recalls. “I think we hammer it a lot, especially having our own record label and being quite involved with management and publishing and all that shit, you learn a lot about not only the music industry but sort of managing a company or managing people.”

It sounds as hectic as it no doubt is, but the enormity of the situation and the opportunity isn’t lost on Davieson: “We've been so lucky being able to travel as much as we have and you learn so much from doing that as well and it opens up your eyes so much, from growing up somewhere like Freo and then you're driving across America and Europe a couple of times, it's a pretty big jump.”

And once they’ve joined the cream of WA’s crop at State Of The Art Festival, it looks like the focus is purely studio-based for the four-piece. “Yeah, just time in the studio. Hopefully release some stuff and keep writing.”

The FREE State Of The Art Festival hits the Elizabeth Quay Monday 6 June, head to their WEBSITE or FACEBOOK for more info. 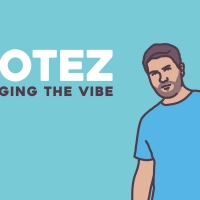 Motez: Bringing The VibePutting the music back in dance music. 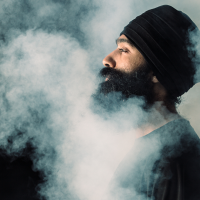 The Process of Becoming With L-FRESH The Lion“Hip hop spoke to a part of me that wasn’t being spoken to.”

While there’s no denying SZA stole the show this week, some other dope videos dropped featuring a range of trippy animations and stunning visual direction