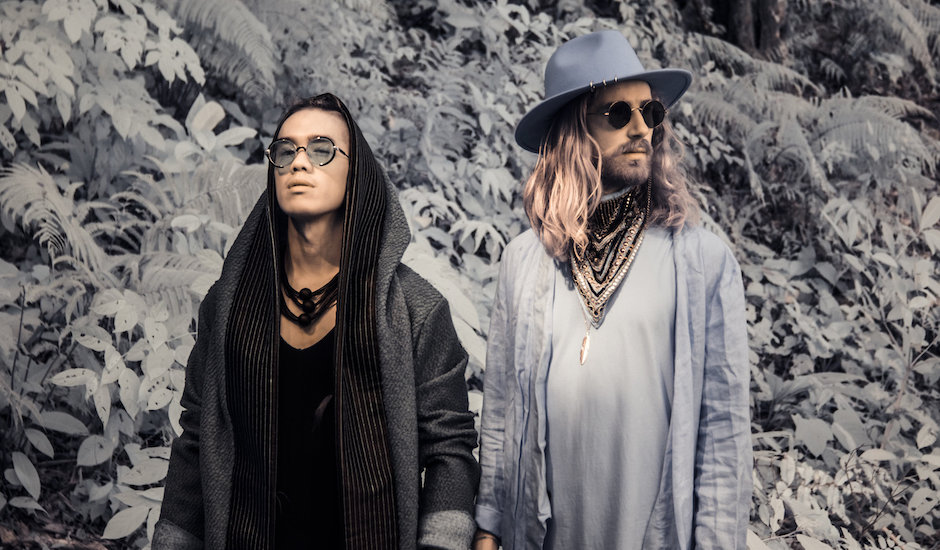 SLUMBERJACK have come a long way. Back in 2014, when the Perth-raised, now-LA-based two-piece were starting to emerge on the national bass scene after a subtle rise locally, we booked them to close a Red Bull-sponsored side-stage at our own Circo Festival; battling against names including Nina Las Vegas, Bloc Party's Kele Okereke, and a then-unknown ODESZA on the main stages. At the time they were an act pushing boundaries, moulding a sound otherwise left largely unexplored in Australia as producers including Hudson Mohawke came to define it overseas. Sure, Flume's thick bass wallops and searing synth is held as a 'defining sound' of the future-bass explosion that came with the mid-10s, but SLUMBERJACK's sound balanced a fine line between this grittiness and moments more 'organic' and classic, building upon classical instrumentation and songwriting mannerisms and holding them as highly as the clanging bass kicks they became known for.

Over the last five years, this balance has only deepened; becoming more fleshed out and versatile as the duo grow, evolve and experiment. On their 2017 Fracture EP - somewhat of a break-out moment for the pair that saw their radars reach international waters - they combined top-lines by Vera Blue and Perth's Sydnee Carter with rich string sections and twinkling piano. On 2016's stand-alone single Open Fire, Daniel Johns made an appearance. On 2015's Enigma, it was the now-defunct Perth duo GRRL PAL. Time and time again, SLUMBERJACK have been consistent in their aim to highlight what are generally grouped as 'traditional songwriting', incorporating elements that stem from their training as producers, songwriters and classical pianists (in the case of the duo's Morgan Then) and mirroring them with what they have become renowned for - clanging, often metallic-esque percussion; thick bass kicks that rumble as they're stretched longer; gritty, sawing synth walls that at times, envelop everything around them.

SARAWAK, however, is a whole different beast. The five-track EP that arrived earlier this year was conceived after a trip to Morgan's home-land of Borneo's Sarawak, where they found retreat following the hectic touring cycle post-Fracture. Here, they became inspired - by the land, the culture, the music, the sounds - and you can, in a strange and perhaps hard-to-understand way, hear that throughout SARAWAK's duration. While it certainly encompasses that aforementioned SLUMBERJACK approach to songwriting, SARAWAK sees it fleshed out and thickened in ways more forward-thinking and experimental. On Daggers, they meet Brisbane experimental duo Machine Age for a twisted, rock-infused single that's somehow also quite emotionally raw and upfront. Solid, which features TroyBoi, takes notes from the guest collaborator's signature, chopped-and-screwed approach to trap. On Hide and Seek, Claire Ridgely channels Vera Blue's Fracture feature for soaring vocals and rich melodies.

For SLUMBERJACK, it marked the breaking of a cycle. It marked an adjustment to how they operated as a two piece - how they produced, how they wrote, even how they concepted and conceived ideas. It's something that musicians often face deep in their careers, unsure on how to break the same-same approach songwriting to create something new. "There’s been a lot of touring in the last year, all over the globe, and it’s been unbelievably incredible, but it’s left us feeling digitally isolated and has strangled creativity," says Fletcher on the EP and its creation. "This cycle desperately needed to be broken, so we decided to travel… again. But this was different – we went somewhere that was very familiar to Morgan and extremely foreign to me. Somewhere we could spend time living fully in the present, experiencing the natural beauty of the rainforest and sampling the unique sounds of the jungles, caves and traditional instruments we came across."

It's been a while since the EP's arrival, and in the midst of a US tour, we thought now would be a good time to check in and see how things are flowing post-SARAWAK.

Jumping straight into this, the two of you are currently revelling in the success of SARAWAK, which was your first EP since Fracture back in April 2017. The time since has been pretty full on – AU/NZ shows, US shows and so on – have you had any chance to reflect on the EP post-release? What have been some of the takeaways of the EP release?

G’day! We’re doing well, currently taking the week off in Orlando as we’re mid-US tour right now. It’s always interesting seeing which tracks people vibe to at the shows and what does well on Spotify etc. Something that caught us a bit by surprise is that people really love Closure live - it’s so fun hearing people sing out that melody in the crowd.

One of the most defining things about the EP – and what separates it from the rest of the SLUMBERJACK discography so far – is the trip to Borneo that inspired it. When listening to the EP’s final product, is it apparent/clear how this trip influenced the EP’s sound? Or was it more for inspiration purposes non-directly (i.e. how you write collaborate/general textures etc.)?

It’s a combination of both. A bunch of sounds we recorded on the trip did actually end up on the EP (we’ll leave it to you guys to see if you can decipher where), but mostly the trip was about taking a break, getting out of our own heads and into the wilderness. We did stuff we would never have done from the comfort of our studios and came back feeling refreshed and ready to finish the EP.

Morgan, you’ve spoken quite a bit on your synaesthesia and how it influences your writing process, but location-based inspiration is a bit of a new one that I feel like you wouldn’t have talked about so much. Is it something you’re keen to flesh out and experiment with more in the future? What are some of the future avenues you can work with here?

100%. I’m always inspired by new places. The food and cultural difference usually trigger a part of my brain where I feel the need to imagine a ‘soundtrack’ to said experience. I think that is how new ideas start to form for me. I am keen to collaborate and work with local musicians and musical shamans in their respective background. I think it would be super cool to literally inject a piece of that environment into the music.

I believe you guys have moved over to the US now, hey? You’re in great company when it comes to Australian bass acts to make the move (or just spend most of your time over there) – Alison, What So Not and so on. How is it impacting SLUMBERJACK? Whether it be personally, your writing/production processes, your sound and so on.

We’re pretty nomadic with our movements, so it’s hard to say where we live. It is definitely true that a lot of Aussie acts are spending a bunch of time over here now; we’re constantly running into them on the festival circuit and it’s always such a nice reminder of home. When we started the project, we were full time in Perth, and I think being away from the ‘main’ scene in Australia gave us a bit of room to breathe and develop our own sound. Spending a lot of time in LA these days makes that hard because you’re constantly being bombarded with influences – but it’s good that we’re aware of it and (hopefully) will maintain that underdog mentality and uniqueness.

You recently finished your SARAWAK Australia and New Zealand tour, which brought a whole new production to the game. You’ve mentioned that it was quite a challenging process at times – what was the process of rebuilding the live show, and what were some of the challenges that came with it?

This is the second time we’ve built the live show from the ground up, and while it was a much faster process this time, it still took three months of constant work to pull it together. Playing in much bigger venues, we had to completely rethink the stage design and worked with a great team at Colourblind lighting to put together a ‘look’ based on these vertical strip lights. Obviously, we had a ton of new music which all had to be worked into the set list and because we’re perfectionists, the whole show flows like a seamless set rather than breaking between each song.

... and now that it’s done, what are some of the major differences between how the live show looked pre-SARAWAK and now?

For the show, both of us operate our own ‘station’ of instruments and controllers. That part stayed the same, but we changed literally everything else. The stage production was huge in comparison to last time and I think has a much stronger look. Visually, we threw out 95% of the old visuals and made what was essentially an 80-minute visual art movie that plays perfectly in time with the music. In the two years since the last show, the 3D software we use to make the visuals has come a long way, so we had a lot more power to bring our imagination to life.

So the EP is out the way, and you’re in the midst of touring the US now. What’s the next steps for SLUMBERJACK and how are you approaching them? What should we be expecting?

At the moment it’s all about music for us. We’re using our days off to ignore emails, don headphones and write new records. After spending so long working on the show, touring logistics etc. it’s nice to get back to the simplicity of opening up our laptops and just writing.

SLUMBERJACK's new EP SARAWAK is out now via ONELOVE. Catch them at SOTA Festival at an all-new location on June 3rd (WA Day), more details HERE. 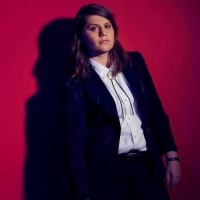 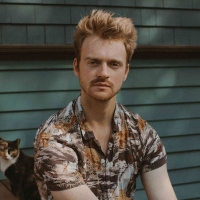