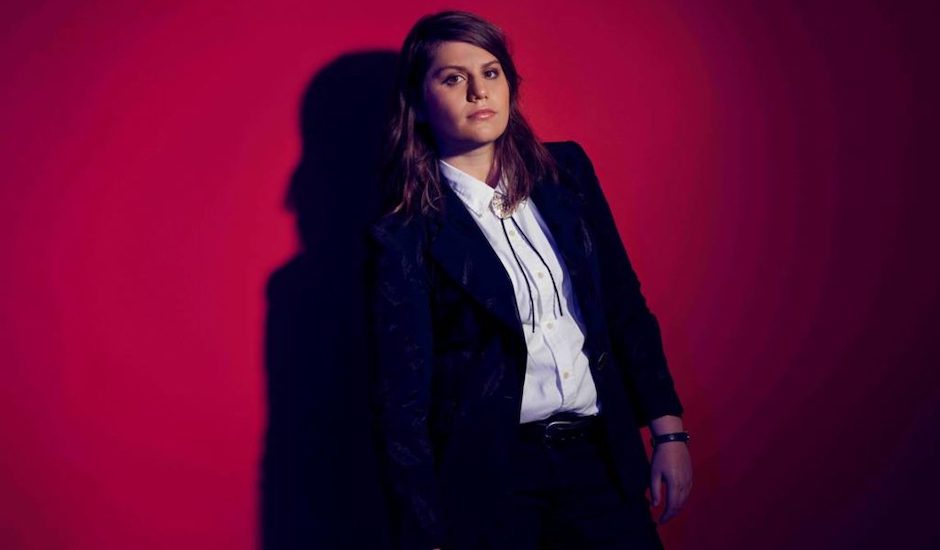 “I’ve been really lucky in that the music I’ve put out in the past has sort of been labelled with the term ‘being relatable’, but I don’t know if that’s the case,” Lahey ponders over the phone, one casual Monday afternoon. “I think people have more empathy than they give themselves credit for having.”

For some artists, albums come together as a result of tragedy, of heartache, or of a bigger, often unattainable, creative vision. Alex Lahey, on the other hand, found herself writing the bones of her second album The Best of Luck Club while spending time in “the heart of song-writing,” Nashville - Tennessee’s capital city and home to some of music’s most significant power players. In the middle of last year, the usually-Melbourne-residing artist had settled down with her girlfriend, post-tour, in the home of Bully’s Alicia Bognanno, and her routine was clockwork; work a 9-5 day (“more or less”), write as much as possible in this time, then meet up with her partner and explore various places around town for dinner and drinks. Their watering hole of choice, a humble establishment called Gino’s, is found deep in the heart of East Nashville, also home to plenty of blossoming country sweethearts and hot chicken shacks. The dive bar is a place folks can come to and wind down over a bowl of fried chicken or gear up with a couple of mimosas (“on a Monday at 4 PM. Why the fuck not? Have all the mimosas you want!”), all while taking in the chatter of their surroundings. And, according to Lahey, it’s part of the quintessential “anything goes attitude” of the city.

Anyone who’s traversed a bunch of Aussie pubs would understand the melting pot of characters found sitting around, nursing a drink and having a yarn to whoever will listen, but in the states, this extends far beyond strangers in a room. To Alex Lahey, these dive bars were “secret societies,” where the best parts of humanity – warmth, friendliness and compassion – all danced together in harmony. It was a place to walk in, immediately feel at home, sit down next to your new best friend, talk about life, and part ways with a simple ‘best of luck.’ Such a welcoming country ethos inspired the singer-songwriter so much so that suddenly all her writing and composing became part of a bigger picture, one that replicates the feelings she experienced every night here and builds a supportive community around it: “Saying ‘best of luck’ to someone you don’t really know is a display of that empathy in the way we all connect as individuals. I think that’s something that should be really celebrated and fostered.”

“There’s something about it where it doesn’t matter what the story is – whether it’s good or bad – it can be met with that response,” Lahey says of the saying. “There’s also something a little bit removed from it; it’s something that you would say to someone that you don’t know that well. It’s a term of showing that you care about someone or another individual, despite how close or not close you are.”

The Best of Luck Club is first and foremost a record designed to make people feel not so alone in this often-polarising world. The experiences Lahey sings of are drawn from the twelve months prior to her hopping in the studio and, while there is an element of Lahey as a jet-setting, consistently touring musician (namely I Don’t Get Invited To Parties Anymore), most of the trials and tribulations she sings of are pretty damn real. Psychology appointments, dinner parties with your loved one, drunk messages and stalking your ex on social media – they all seem very familiar and each have their moment in the spotlight. “I don’t think they’re that far removed from things that a lot of people have experienced in their lives,” Lahey added at one point. And she’s right. The record purposefully avoids any “farfetched, ridiculous or absurd” stories, instead jumping straight back into that humble Nashville dive bar and emulating the average day-to-day life. “Sometimes you hear records that are so alien, which is awesome, and you sit there thinking ‘how the fuck did this happen? This is so awesome and so beyond anything I’ve ever heard before’ but I don’t think this is that kind of record. This record is more about, ‘I can see myself in it, I feel familiar with this, I know what you’re talking about’ and it sort of has its own life.”

Alex Lahey wants the record to be seen as a whole body of work, not dismissed as “oh, track two is my favourite, then I’m going to skip over to track six.” Each song on The Best of Luck Club has a distinct persona, mimicking the various people she encountered at these venues, and creating her own not-so-secret society. The album opens with an apologetic, often absent workaholic in I Don’t Get Invited To Parties Anymore, and works its way through Interior Demeanour’s seething self-assurance, Isabella’s bopping counterpart, and an infatuated character who leaves adorable haikus on their love’s bed each day, heard in Black RMs. With every passing track, a new patron enters, sits down beside you and intimately shares their day, in the “conversationally pretty direct” classic Lahey way. And, while this sounds a little chaotic, the entirety flows together on a spectrum of broadly happy, sad and aggravated emotions – the way it was intended to be. “It’s so funny coming out of my first record and recording I Love You Like A Brother and thinking ‘oh this is why people like making albums.’ You get to create these worlds,” Lahey said. “The Best of Luck Club is me trying to exploit that opportunity in being able to create a world that people can step into.” 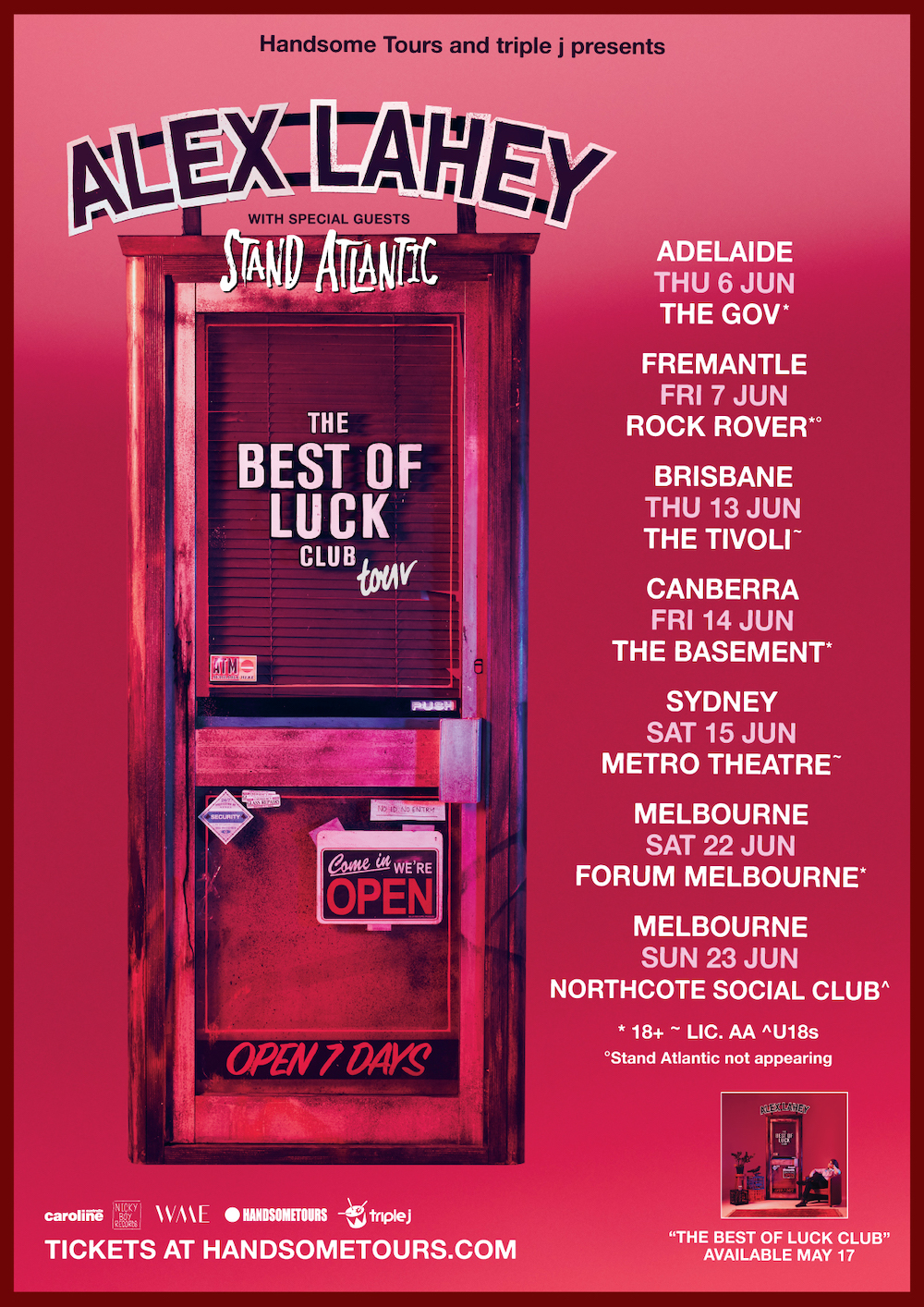 Sonically, Lahey has also created a patchwork of textures and melodies that stretch far beyond the indie rock we fell in love with on I Love You Like a Brother (2017), where the pop melodies bounce higher than before and the harder elements are gritty and anger-fuelled (something that’s partially a result of the “hidden but very strong diversity within the city,” including pockets of punk communities and two of Lahey’s idols: Hayley Williams and Julien Baker.) The diversity spread across all ten tracks also partially lies in Lahey ditching her formal music education to soak in the world around her and keep that inspired momentum going. “Practice is something that’s applied to song-writing too, and I think a big part of practising is not playing an instrument at all. It’s just listening to different shit, and that’s something I try to do as much as I can – just have very targeted periods of listening to a lot of diverse stuff. Otherwise, everyone would sound the fucking same and that would just be boring.”

The Verve’s seminal Bitter Sweet Symphony, The Rolling Stones’ You Can’t Always Get What You Want, and early 2000s Madonna all feature on the metaphorical mood board of The Best of Luck Club, something that Lahey and her producer kept referring back to for inspiration, but probably not in the way you would imagine. Catherine Marks, the stellar Melbourne-born London-based producer, works in a way that urges artists to seek emotional references rather than sonic ones; ultimately, in this case, pushing Lahey out of her comfort zone. “It’s more colours and feelings,” she added. “It was more ‘we want this to make us feel this way,’ not necessarily we want this to sound this way. I’ve gone back to writing songs and producing and thinking ‘does this part or lyric serve a purpose that makes me feel differently than if it wasn’t there?’ because if it doesn’t contribute to the way I feel about something, I’m not going to put it in.”

It doesn’t matter whether you’re a day one fan or have only just stumbled across Don’t Be So Hard On Yourself, the doors to Alex Lahey’s upcoming tour are wide open for you. She’s trying, with this record, to pull people into the world of The Best of Luck Club and encourage them to spend a few hours being part of something bigger. “It extends far beyond the music, and we’re really excited about that. The door is a real motif of the record and it represents, well, the best of luck club is anywhere you want it to be. It’s just a matter of finding it and finding where it is for you. No one’s going to tell you where the dive bar is, but the door is always open when you find it.”

Alex Lahey's second album, The Best Of Luck Club, is out May 17 via Nicky Boy Records/Caroline Australia. 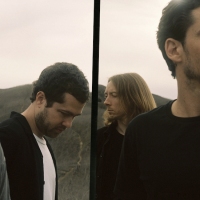 In 2019, Local Natives are reinventing themselvesThe Californian indie-rock ensemble will be in the country for Splendour In The Grass and sideshows this July. 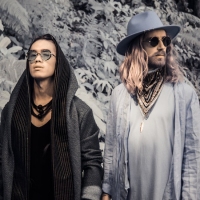 Catching up with SLUMBERJACK: "At the moment, it’s all about music for us."Off the back of their SARAWAK EP and in the midst of a US tour, the Perth ex-pats fill us in on what's been happening.

The First Nations flip of This Is America by Marrugeku & Beni Bjah leads the list this week alongside awesome new videos (and singles!) from Arlo Parks, Yaeji, Sleaford Mods and more