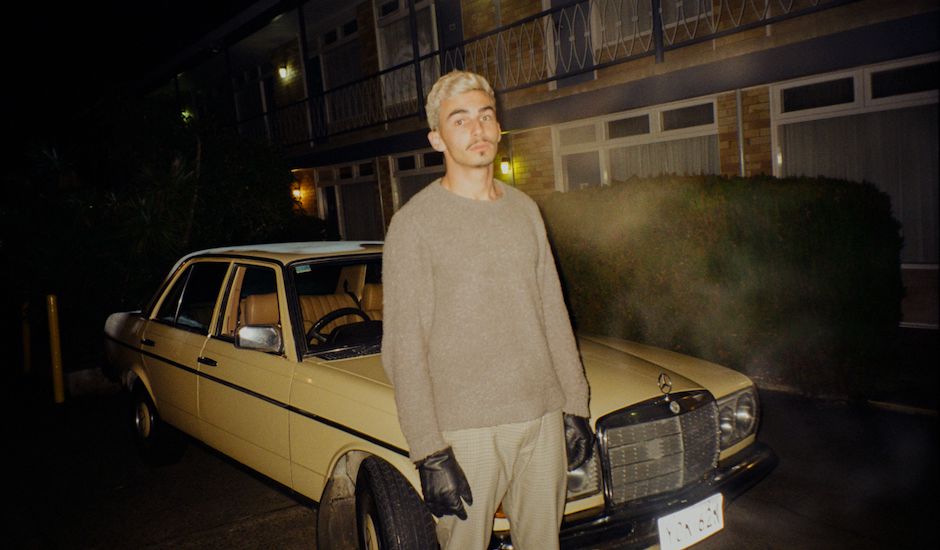 Canberra rapper Kirklandd is someone already well-familiar to the Australian hip-hop space, having been a mainstay amongst the next generation of alt-rap since his entrance way back in 2015. He's also someone who has constantly furthered himself and evolved with everything he's done, whether that be in recording - he's consistently shared singles that have one-upped themselves since his debut - or on the live stage, where he's become award-nominated through Spilt Milk, Groovin the Moo and plenty of others.

In 2019, the rapper seemed to be reaching a new peak. He shared two singles that once again showcased his evolution - the Zellow-featuring Impulse and its follow-up Knowbody - and continued to further his live craft, and even though the latter has been put on a public pause because of the coronavirus situation, he's still thinking forwards and looking up in 2020 too, with the release of a single SIIYE back in mid-August.

Released as the first single from a forthcoming collection of tracks titled The Love Divide, SIIYE is a single that really shows the strengths of Kirklandd and how they've grown over his career, taking a step into new directions as he moulds together his distinct hip-hop sound with flashes of punk and rock amongst some more reflective and intimate lyricism. "SIIYE takes place in the moment where I finally found the strength to ask what I’d been too afraid to," he says. "When I did, that relationship ended shortly after. My intuition told me that something was wrong, I addressed it too late, and I was left wondering if I ever should of brought it up in the first place."

As mentioned, its the first track from The Love Divide trilogy, and today, we're showing his this new phase of his career will be translated live - even as live shows hit near-zero across Australia. Premiering on Pilerats today, the first chapter of The Love Divide experience brings an opportunity to show how Kirklandd's live show can blossom into its most grand, the rapper joined by a full eight-piece band and guest vocalist Lucy Sugerman as he previews work including SIIYE - which is definitely the centre point of the live experience's first chapter.

The Love Divide Experience will continue as the rest of the singles arrive, not just giving an opportunity for Kirklandd to showcase these new singles in a live setting at a time without touring and festivals, but to raise a bit of money in the process of doing so, with Kirklandd partnering with Support Act for the performances with the aim of raising money for their COVID-19 emergency relief fund, set up to help those in the music industry affected by the pandemic.

There's also a documentary too, which goes a step further to show how the live experience has come together, and gives a behind the scenes glimpse at it all coming to fruition - it's clear that Kirklandd has put a lot of effort into this, and a time where creativity seems to be (fairly) squashed to a bare minimum, it's nice to see someone excel and keep looking forward amongst the madness, and even better that they're doing it with a charity angle too.

You can take a dive into the documentary below, and if that's not enough content for your day, he's also written a bit of a guest piece for us, on building a live band during COVID-19, and the convoluted processes that comes with this unprecedented time.

Dive into it all below:

Building a band during COVID-19, by Kirklandd:

I’ve had a chat with many of my close friends about COVID-19; how it’s affected them, if they’ve become more creative, and where they want to be when things hopefully start to improve. It’s cool to hear different people’s perspectives; some of my close creative friends have worked ten-fold on their craft, creative vision and collaborations, and others have taken a much needed break until things pick up again.

I’ve reflected on how COVID-19’s affected me, and although I don’t feel super different to how I was before the pandemic, one thing I’ve felt is ease of execution: any idea I have, any time, I’m able to execute immediately; I’ve been gifted with an abundance of time. Coupling that with isolation and reflection has seen many of my longer-term goals resurface.

One of these was forming a full live band. My close homie and drummer Josh and I had talked about this a lot over the years, but with a pretty hectic touring and release schedule it was an idea that was constantly put on the backburner. Then COVID-19 hit, and we found ourselves chatting about the idea at more length in our rehearsal room. We didn’t have any work on, no tours, no agent, and we thought, fuck it – in one month, we’re going to meet a band, create a whole new live set and perform it the same day.

Wild idea, right? We got straight to work, and called a guitarist we met at the NLMAS in December the year before and invited him to jam with us. His name’s Viktor Rufus, an incredible local Canberra guitarist, who then proceeded to put us in touch with a keys, bass, and sax player, and I went about finding a violinist and another vocalist. Low and behold, in one month, we arrived at a studio just outside of Canberra. The band had never performed my tracks before, so we had heap of work to do. We gave ourselves the day to setup, check levels and very quickly rehearse the songs we were set to perform.

After 9 hours of prep, the set was over in 30 minutes. It was the single most magical performance I’ve been a part of. Although there was no crowd, my energy was led by the emotion and feeling of the core instruments, and my movement was led by drums. It was such an intuitive, fun and emotional performance playing with so many instruments, and something I’d envisioned for years unfolded right before me.

We documented the whole experience and live-streamed the set. The response was wicked, and it gave my fans a fresh musical experience of songs they were used to hearing, and a first taste of where I’m heading with The Love Divide. SIIYE became a full-blown punk song with the band, and viewers got really hyped over the other chapters in the Trilogy we performed.

The band and I have been working crazy hard on The Love Divide Experience, where we’ve partnered with Support Act, and we’re excited to deliver this tour in a fresh aesthetic and cinematic performance. It’s about to be a crazy vibe. 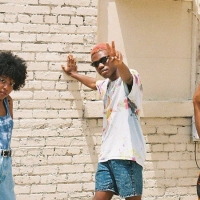 Meet BLACKSTARKIDS, who blur boundaries and bring energy with BRITNEY BITCHThe Kansas trio pluck influences from across music and distil it into something distinctly them - and it's all very exciting. 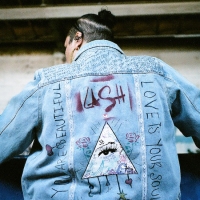