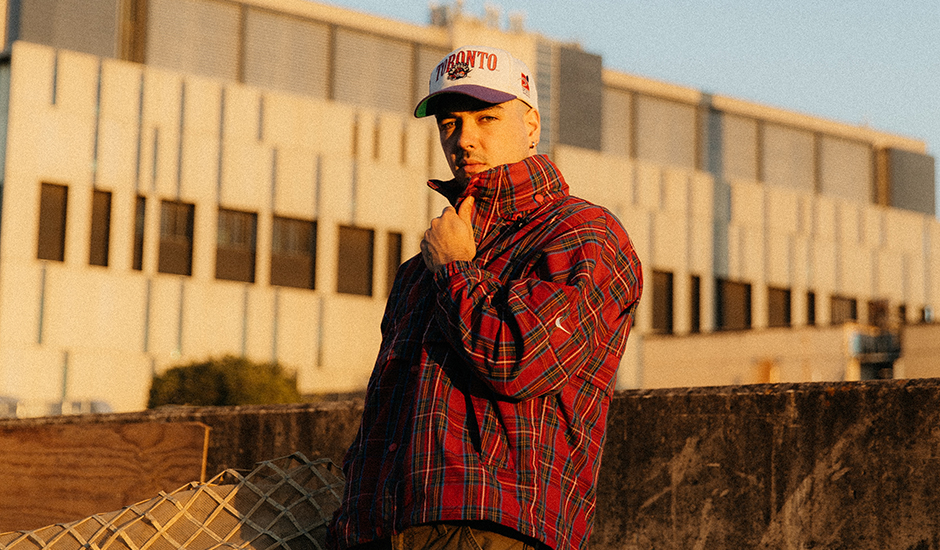 It's no secret that the alt-rap world is one of the most dominant niches of music today, with entire lineups and playlists stacked to the walls with even just the newcoming talent alone - the genre seemingly spitting out a new star on a near-weekly basis. These new faces are arguably the most exciting part of the genre's rise, with new flavours of the sound emerging as the scene grows and evolved both globally and on a more local level. Even in Australia, we're seeing the effects, with a blossoming range of artists making the genre their own, and adding a localised twist onto its familiar sounds.

New Zealand-born, now Sydney-based musician Somber Hills is someone included within that pack - and someone that stands tall from them, too. Since making his debut back in 2018, the musician has consistently evolved and furthered his sound with everything he's put out since, capturing the heart of this rap-punk fusion and giving it new edges that makes it stand distinctively on its own; his combination of alt-rock, rap, dreamy-like indie and beyond being unlike much else you'd hear out in Australia, let alone in the rest of the world.

It's something that's quickly catching on, too. Already, the musician has worked with LUCIANBLOMKAMP, Jeida Woods, Boy Soda and Up Late - further solidifying that cross-genre approach - and has already supported ASAP Ferg, a list no-doubt scheduled to expand as live shows get underway again. There's a lot of excitement surrounding him, and it's something bound to only further grow as time goes on.

His latest single Say To Me shows that brilliantly, building from his wide-ranging sonic pallette and distilling it into an energetic take on the Somber Hills sound, one that adds yet another notch to his musical versatility belt. It's high-octane, channelling a deep emotive connection present through all of his songs, but particularly on Say To Me - it's darker lyricism finding its way into the production, charging it full of a renowned energy that keeps everything speeding along.

"Say To Me is about knowing there's a point that needs to be made behind a wall of one hundred other things being said," he says on the single, explaining the emotion that underlays the track. "It's so uncomfortable being stuck in limbo or sitting on the fence with your decisions. Get to the point, express how you feel, It's better for everyone. This isn't about any one interaction in particular, it just felt right to me the way I told the story as the song progressed."

Worked on alongside Lil Skies collaborator Sadie, the single also arrives with a lyric video by close friend and videographer Colin Babbot. You can take a dive into that below, and underneath that, introduce yourself to Somber Hills as he eyes a big year ahead:

Uh, quick back story... I grew up in a small town, moved around a fair bit. I was a skater, BMXer, always in trouble. I spent a lot of time living on the road in campervans etc. It was fun. I was 16 when I decided I wanted to pursue music. I’ve only ever cared about music. Nothing else keeps me entertained, I always come back to music. I like to keep an open mind. I like to hear both sides of the story and I try to understand things from different perspectives. I’m always in my head. I can be so insecure and so overconfident in the span of like an hour. I’m really silly, but I can also get down to business and be serious.  I just want to feel like I’ve given life the best f***kn shot because it goes so fast.

My music sounds like a bunch of artists I listened to growing up and a bunch of stuff I like now mixed together I guess. The name “Somber” came from years of producing music that just sounded dark. Somber Hills sounds romantic though, so it’s more my vibe. Every song I make is different, I just want people to feel something when they listen and connect with the music.

It changes. Sometimes I’ll make a beat and record a hook, then send it to my bro Sadie, who fleshes out the production and boom, new heat. Sometimes I grab a beat and just freestyle sections until I have a song. Sometimes I’ll hum melodies to an instrumental and write to those melodies. It’s always changing and I like trying new techniques so I don’t get lazy and the music doesn’t get boring.

Can you tell us a bit about your new single, Say To Me, and its video?

I was in Sydney for the first time and I was feeling all kinds of things. I just freestyled the whole song in like 15 minutes - punched in the hook, did a few verses and then sent it to Sadie to flesh out. I shot the video back in NZ, north of Central Auckland, with a good friend Colin Babbot. I wanted it to be true to who I am and what I have etc.

Drop a few singles and collaborations. I really wanna play more shows, I want to be on end of year festivals. Lots of experimenting with my sound too. Grow, grow, grow.

I want people to feel it, relate to it. I want it to be the kind of music you throw on when you need something to calm you down or get you pumped. Through my work, I want to eventually be able to push people to be themselves and stop giving a f**k about what anyone thinks. I mean I can’t control any of that, I just hope it hits right.

The more recent stuff is on Apple, Spotify etc. but SoundCloud has some old gems. That’s the stuff that led to the music I’m making now! 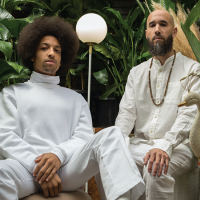 Listen to Fried, the third and final album from REMIAfter a near-decade of collaboration, Remi Kolawole and Sensible J part ways with one final album. 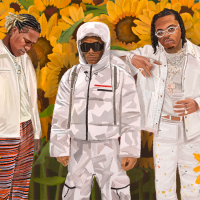 Listen to His & Hers, a collab from Internet Money, Don Toliver, Lil Uzi Vert and GunnaFeaturing some of the recent years' biggest rap break-outs, the new headline collaboration is one for the ages.
Rap / R&B