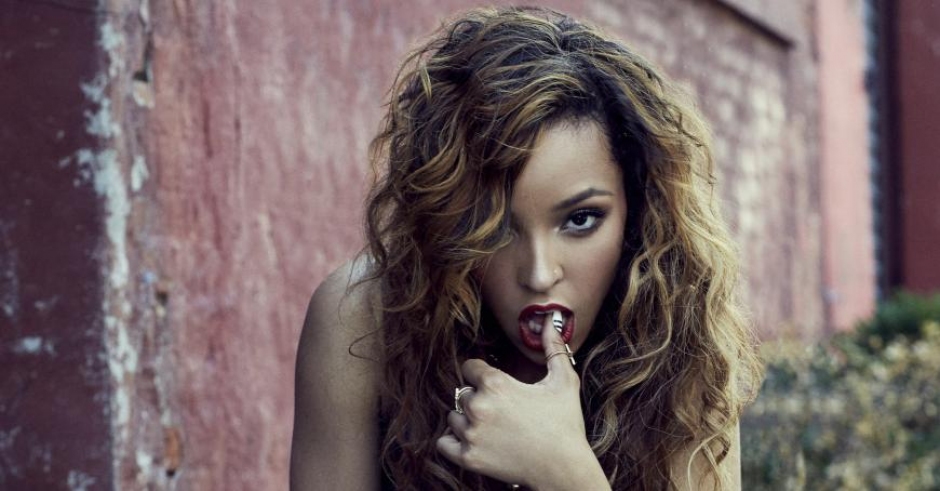 Ever since the Motown era, American female R & B artists have traditionally been groomed by the star-making machine to perform slick, sugary, radio-friendly sounds, and are perceived as lacking innovation; with the inventiveness aspect of their music usually attributed to whatever male is behind the beat. But a new artistic tradition has emerged in recent years; in which female R & B artists are attributed more autonomy; and are appreciated as innovators, with their own vision, rather than being the product of an industry formula. Solange and FKA Twigs come to mind, as well as SZA, Abra, Junglepussy...the music industry has slapped an “alternative weirdo” tag on these female auteurs, and they’re given a lot for credit for being inventive and personal with their take on R & B. But the groupings and perceptions aren’t necessarily that accurate; when you listen to the songs side by side, is “alternative” FKA Twig’s low-key, spaced-out, electronic infused R & B really all that different to “mainstream” Ashanti when she’s in chill mode? These lines have become blurred, particularly when “alternative” artists such as FKA Twigs are bending the genre to their will, and reaching larger, commercially-inclined audiences.

A great case study for this lies in R & B artist Tinashe, the alternative R & B sensation whose currently touring Australia, performing live at Perth Festival tomorrow night.  A 22 year-old Kentucky-born singer / dancer / rapper, Tinashe’s currently transitioning from a cult mixtape queen to the American mainstream’s next big thing: she’s in an interesting position as an artist right now.  With a string of strong, underground mixtapes, like 2013’s incredible Black Water - to her name, many would associate her with the left-field female R & B artist territory that SZA, FKA Twigs, Cooly G, and Solange occupy. Singles with Canadian producer Jacques Greene (Painted Faces) and Ryan Hemsworth (1 for Me), and remixes from XXYYXX only affirmed Tinashe’s 'alternative jam-maker' status. However, with the release of her first studio album last year, Aquarius, featuring production from the illustrious Mike Will Made It, Boi-1da, Dev Hynes and more, as well as some high-profile star collaborations - A$AP Rocky, Future and Schoolboy Q both jump on tracks on Aquarius - she’s being groomed for a future as a giant, polished, sugary radio monster. She’s halfway there – her millennial-jam-reminiscent track 2On positively burnt up the US, UK and Australian airwaves last year, soaring to #1 on the US billboard and scoring a remix from Drake.

She’s also proved her chops live: she has awesome sex appeal; and the ability to flaunt it onstage via a confident stage presence, incredibly on-point outfits and Beyonce-levels of dance choreography. Music wise, she’s got the "street but sweet" appeal of– some of her tunes are brushed with pillow talk hues: sultry tones that glide effortlessly over R&B basslines, before evolving into sass-driven hooks, while at other moments she swags out hard: on 2 On, she’s fronting peak-time club lyrics like “We can mob all in the whip / Make the money make a grip / I be stuntin' with my clique / Getting faded 'till we trip.”

Tinashe, however, is a giant of her own making; the ambitious singer’s first foray into the industry was in the Justin Bieber tour-opening girl group called The Stunners. In a recent chat with Pilerats, Tinashe spoke of the project as something that “didn’t fulfil me artistically”: so instead of continuing down that route, she used the money from the Bieber tour to fund her first couple of mixtapes: purchasing equipment for a home studio and teaching herself production, and thus taking autonomy over her career, and her voice. Despite her rise from underground to mainstream, she’s still very much involved with the production of her tracks, said Tinashe: “It’s important to have my hands involved in the process. I definitely just want to be able to grow and develop as an artist and make music that inspires me.”

By producing, recording and self-releasing her own projects prior to Aquarius, Tinashe’s established herself as a DIY hero (not the disingenuous product of a hit machine); an innovator who makes her own rules and follows her own vision for herself – not dissimilar to the autonomy demonstrated by Beyonce. We’ve singled out a couple more female R & artists taking their own vision with them into the mainstream arena - read on.

WIN! Thanks to Perth Festival, we have five doubles up for grabs to TINASHE at Perth Festival Gardens, supported by Coin Banks and Cloudwaves DJs. For your chance to win a double pass, email your full name to info@pilerats.com with ‘I love to get 2On at Perth Festival’ as the subject line, before Wed, Feb 18, 5pm. Winners will be notified by email.

“What's up? Been a minute since we kicked it, you've been caught up.” – Jhene Aiko, From Time 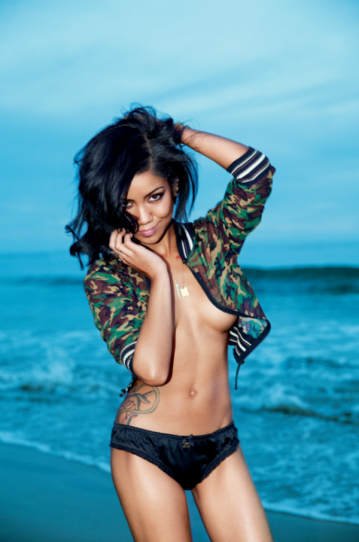 LA’s Jhene (pronounced ‘juh-nay’) Aiko has been on the cusp of stardom for years, and her story’s not too dissimilar from Tinashe’s. She’s been singing in a band called B2K since 2000, but it wasn’t until she jumped on Big Sean’s hit Beware then released a solo EP, Sail Out, and had a hit with The Worst, that this beautiful l’il lady was on everyone’s radar. Including Drake’s, who enlisted her for vocals (and video clip cuddles) on From Time, a track on his 2013 album Nothing Was The Same. One of Aiko’s key creative collaborators is Childish Gambino – she’s been in his video for Telegraph, and he directed her video The Pressure. The producer behind Drake’s hits, and OVO label tastemaker Noah ‘40’ Shebib (who produced From Time) has said of Aiko: “She has a very beautiful, very unique voice. She’s not a big powerhouse Beyonce vocalist, but she has something like Aaliyah. She has a tone that’s beautiful, recognizable and very much her.” Aiko released her first solo full length, Souled Out, late last year; and it’s an awesome kicking back at home type affair, filled with Aiko’s seductive vocals and sharp wordplay. Watch Bed Peace below:

So I roll me swisha, pour me some liquor before we start to bicker - Mila J, Smoke, Drink, Break Up 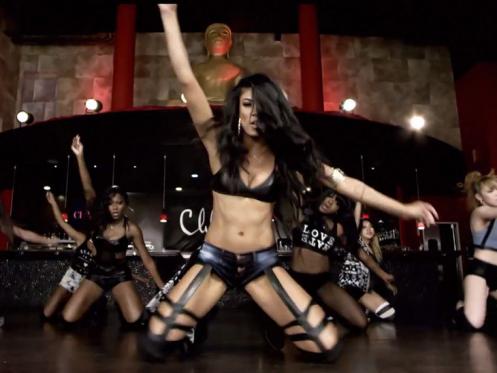 So now you’re full bottle on Jhene Aiko, you should know her older sister is also pretty awesome. Stunning looks, self-assured vocals, choreography downpat – another triple threat. Similar to Jhene, Mila had girl group beginnings, before launching a debut album that got shelved. But she made a comeback last year -  her syrupy track Smoke, Drink, Break Up (below) did really well for Mila last year, with a racy video clip starring Ty Dolla $ign, before she rounded out 2014 with an EP M.I.L.A. (Made In L.A.). Ty Dolla $ign, who Mila’s known since she was a kid, took her on tour with him and also appeared on her track My Main. Her upcoming debut should smash it out of the ballpark. 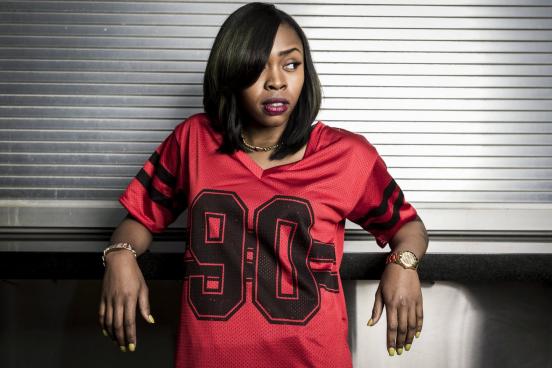 Chicago’s Tink is one of the most exciting artists in rap right now, destined for Nicki Minaj levels of fame, with killer chops that know their way around an R & B groove, and knock-em-dead bars. She’s awesome because for every tough bite she throws out (she's no afraid to be harsh!), there’s an equally and sensitive and heartfelt number around the corner. That’s called versatility. Check out her dancefloor burner with Jeremih below, Don’t Tell Nobody, as well as an old Tink track we love, When I’m Lit, from her mixtape vault.

That hustle could kill you yeah you gotta be clever - Kehlani, FWU 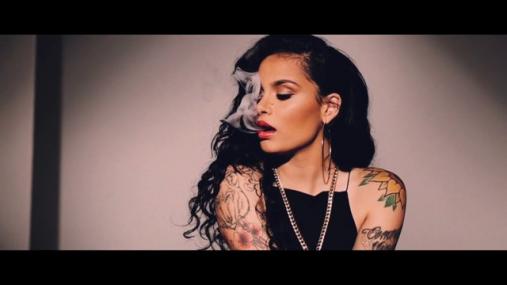 19 year-old Kehlani (singer/songwriter Lani Tsunami) is a member of California's HBK gang, a music collective comprising Sage The Gemini, IAMSU! and more. She makes upbeat music infused with soul, and has an awesome punk look; with sleeves of tatts. She built some buzz last year with her Cloud19 mixtape, following it up with an awesome video clip for FWU, where she showed off her years of ballet and modern dance training in a clip that was like the hood version of the Grease car racing scene. She then switched it up with her last video clip, First Position, that featured two females in a relationship as its central narrative; breaking a tonne of rap / R & B video clip traditions. 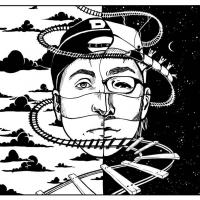 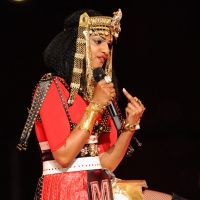