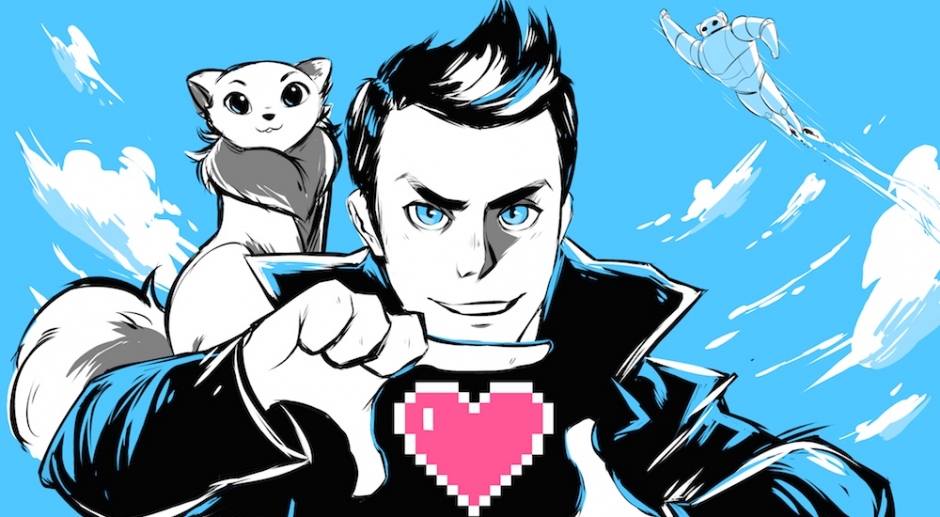 Sable's follow up to last year's smashing Feels So Good EP is almost upon us, following weeks of teases and a full freakin' online comic book story. URL LUV features five new tracks along with a bonus banger from his arch-nemesis, Shadow Sable. Who am I talking about? Well if you missed it on the socials, below is the entire New Adventures Of Sable comic book, the perfect primer before you catch him on tour (dates down the bottom), or get the EP, which is out Friday 18 September, but can be pre-ordered HERE.

You can also unlock some tracks via some nifty online games at very specific URLs, which can be found via the following premieres: 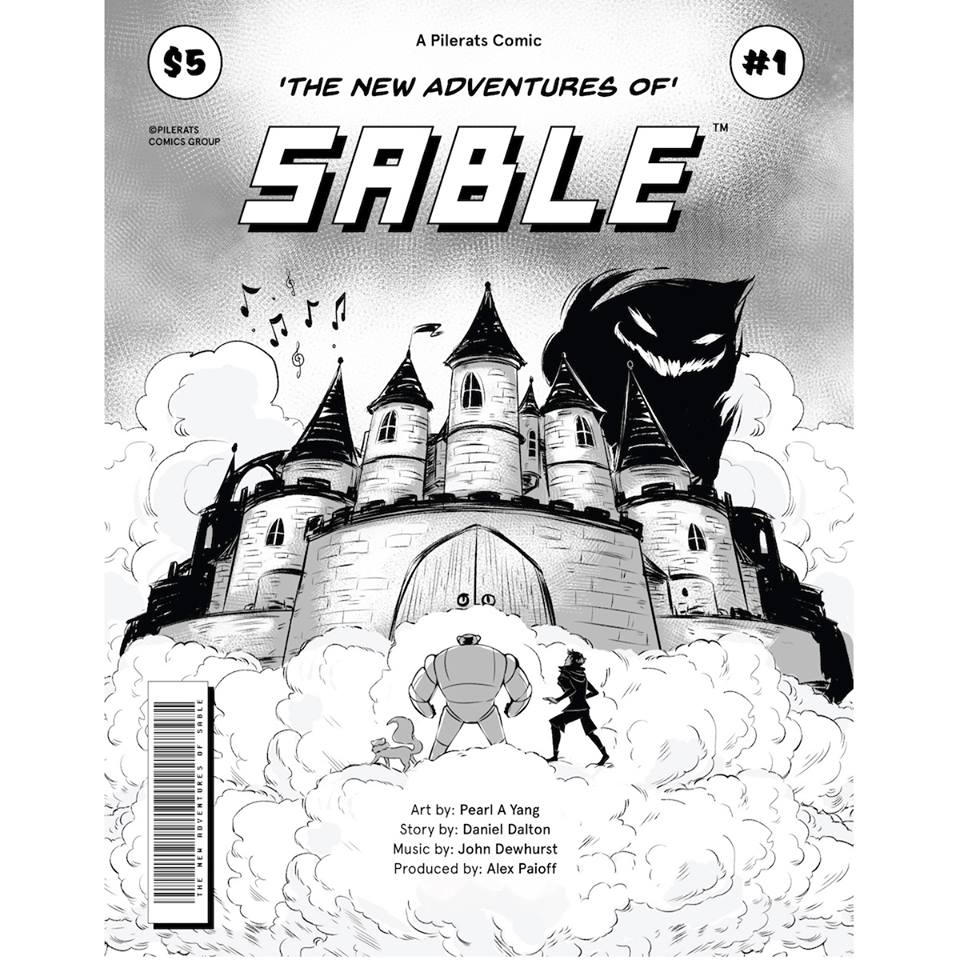 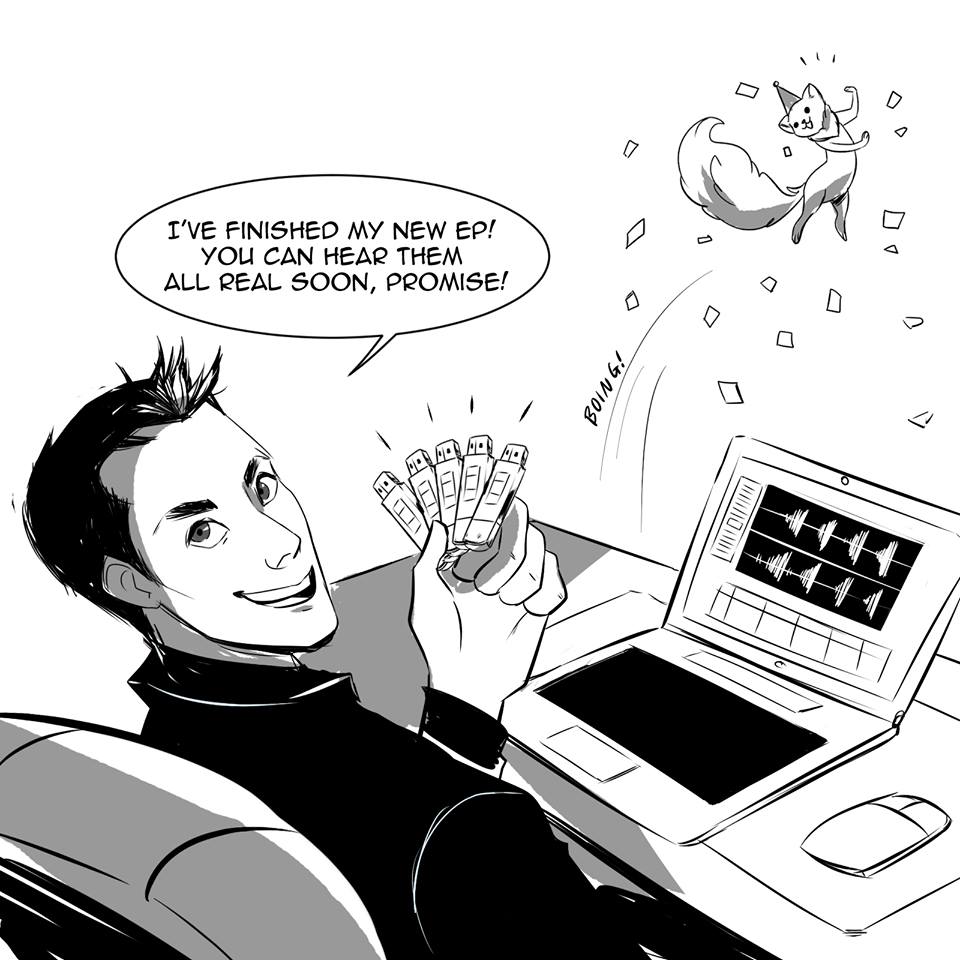 #1 - The elusive Sable emerges from his studio hideaway with a smile. Holding aloft 5 shiny master USBs, his work is done. "Perfect!" he exclaims, "The EP is complete." Holding the five final masters, Sable prepared to make his return... 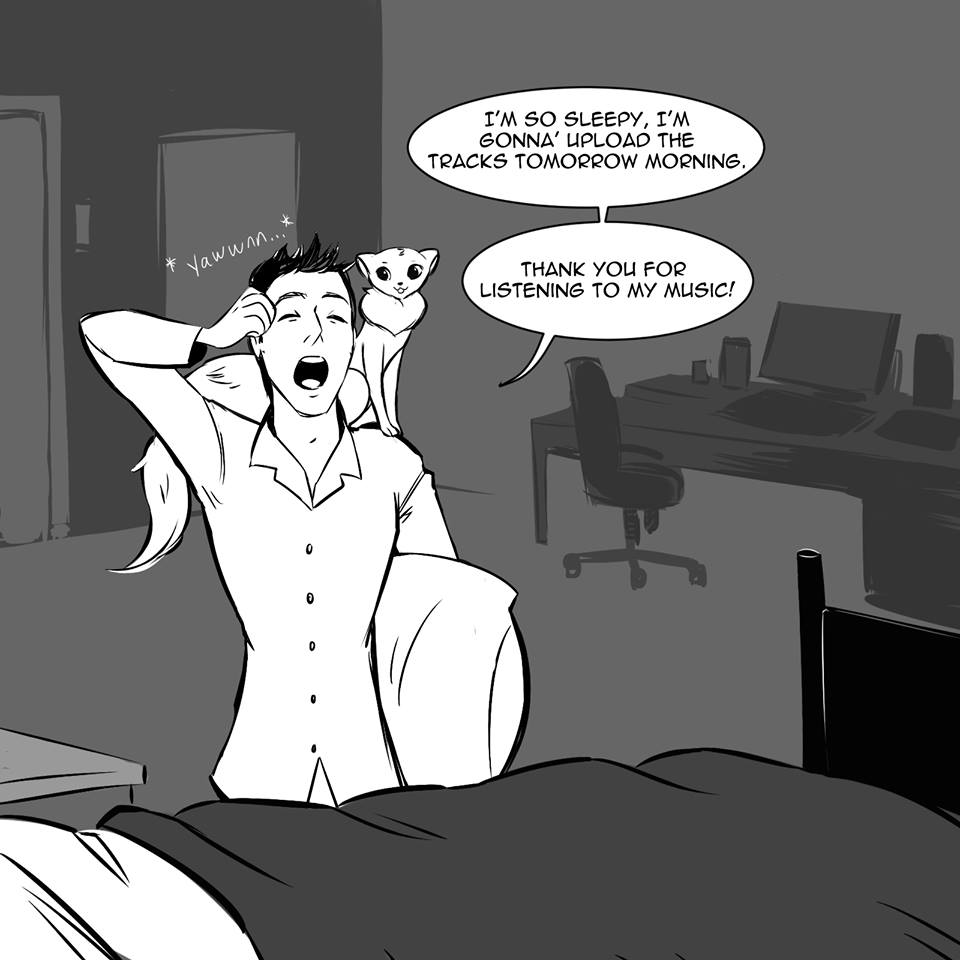 #2 - "OMG it's so late! I better send these off tomorrow," Sable mumbles, rubbing his eyes. "C'mon Kuro, let's get some rest." With Kuro by his side, Sable headed off to bed, ready to share his new music with the world... 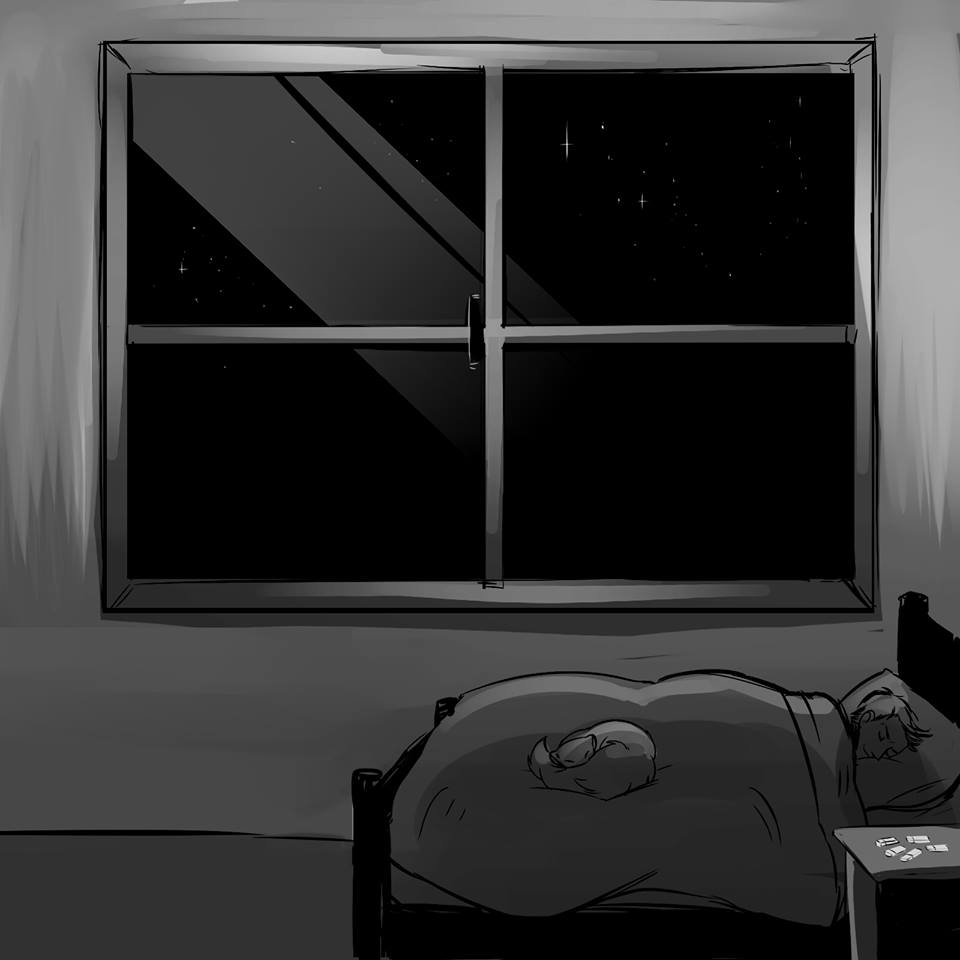 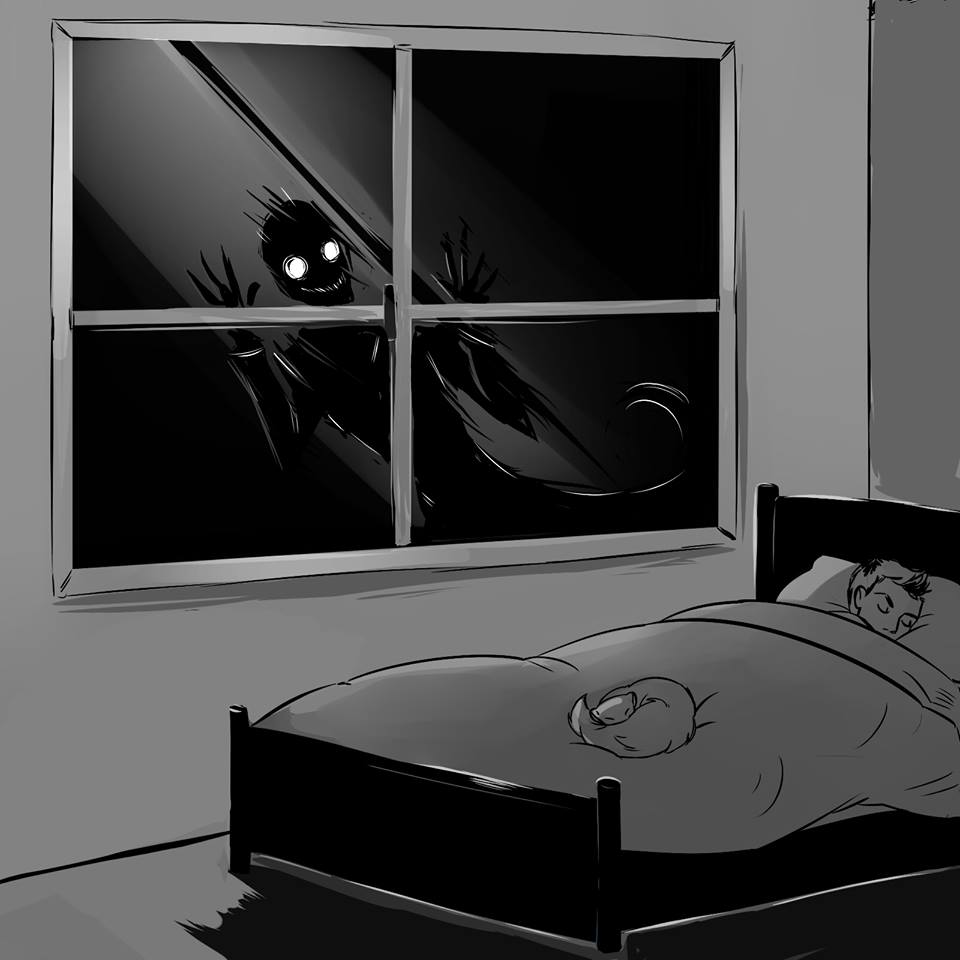 #4 - There are dark and jealous spirits in this world. While Sable is fast asleep, cozy in his blanket, the evil Shadow appears in the twilight. He's hungry to get his hands on the USBs and show Sable what his evil machine 'The Dark Stereo' can really do… 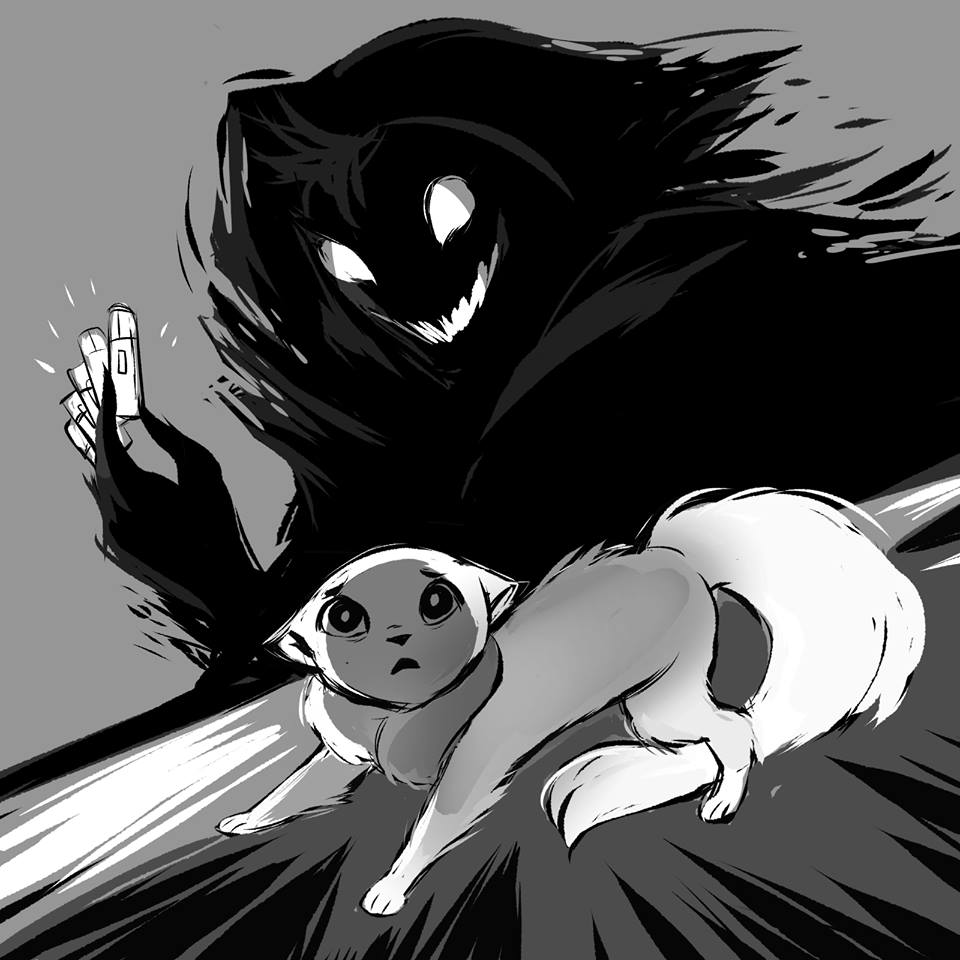 #5 - As a crack of lightning explodes in the sky, Shadow slips into the room. Kuro, frozen in terror, looks up into the void desperate for his sleeping master to wake and snatch back what's rightfully his... 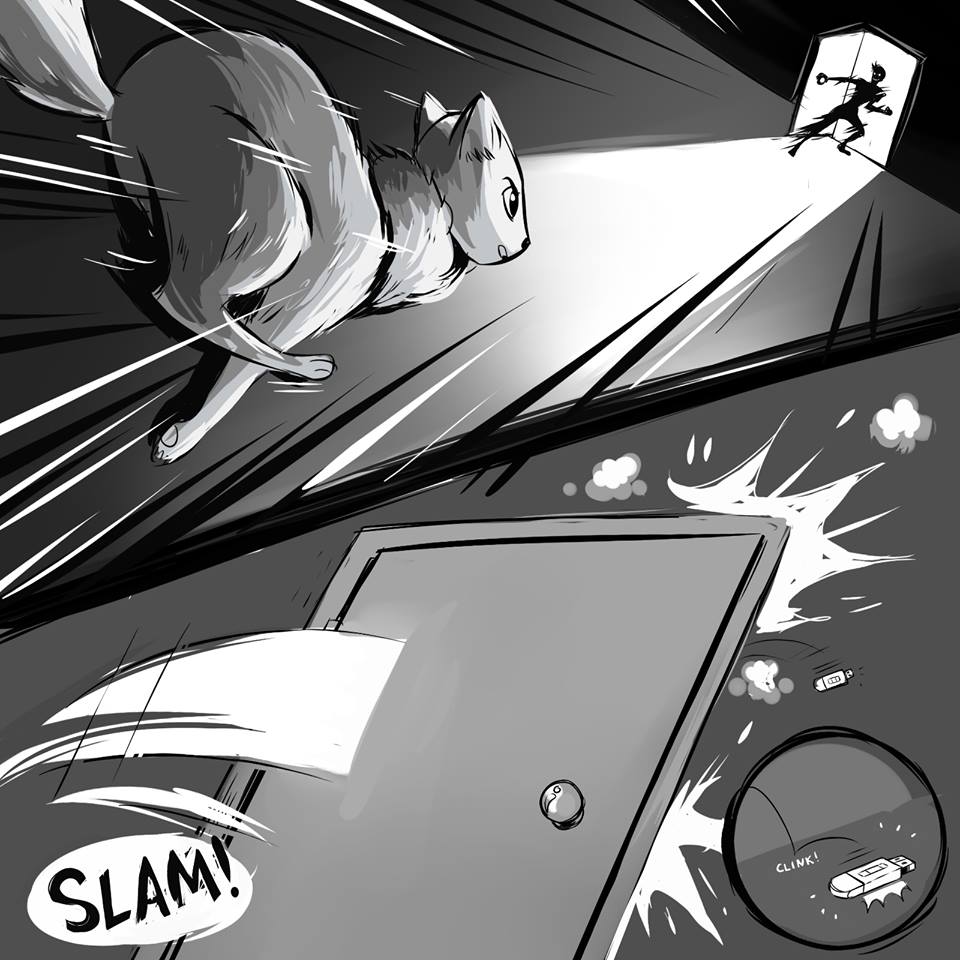 #6 - But it's too late! As quickly as he arrived, Shadow is gone stealing the only copies of Sable's new music. Once a track courses it's way through the circuitry of Shadow's 'Dark Stereo' and is boomed from the speakers, it's lost. Gone forever! But Shadow's grip isn't as tight as he'd like to think. Just one singular USB has been dropped in the rush. 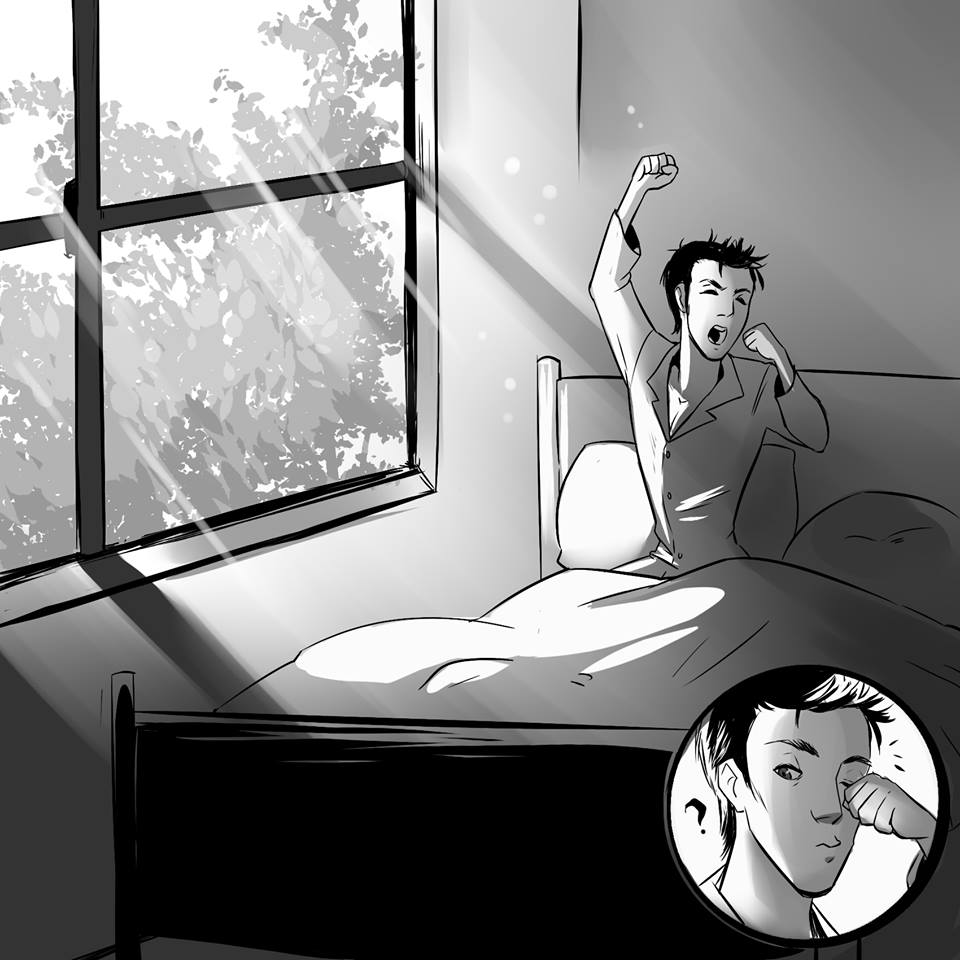 #7 - Sable wakes, unaware of last night's unwanted visitor. He's not too worried that Kuro is nowhere to be seen, he likes to spend his mornings running through the tall grass and playing with other creatures. Excited to upload the new music, he prepares for the day ahead... 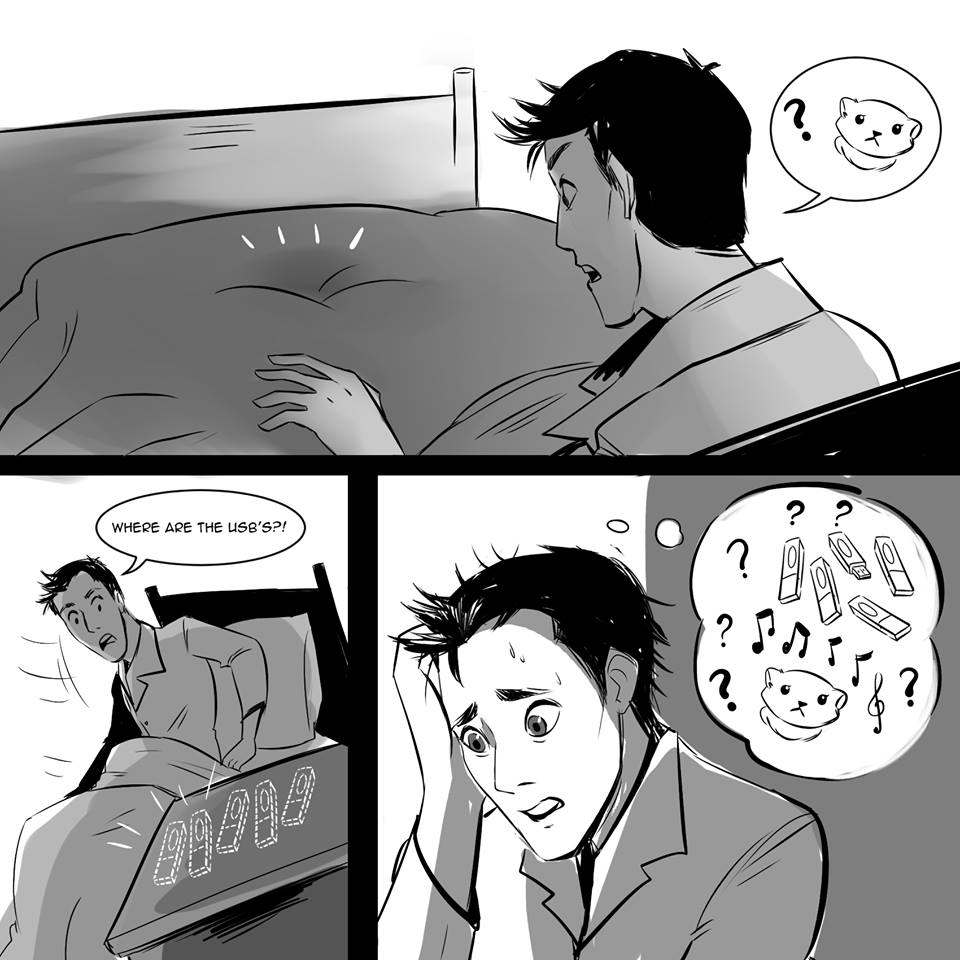 #8 - Noticing the USBs are missing, Sable doesn't know what to do. Where's Kuro? Why did somebody steal the music? How will he get it back? 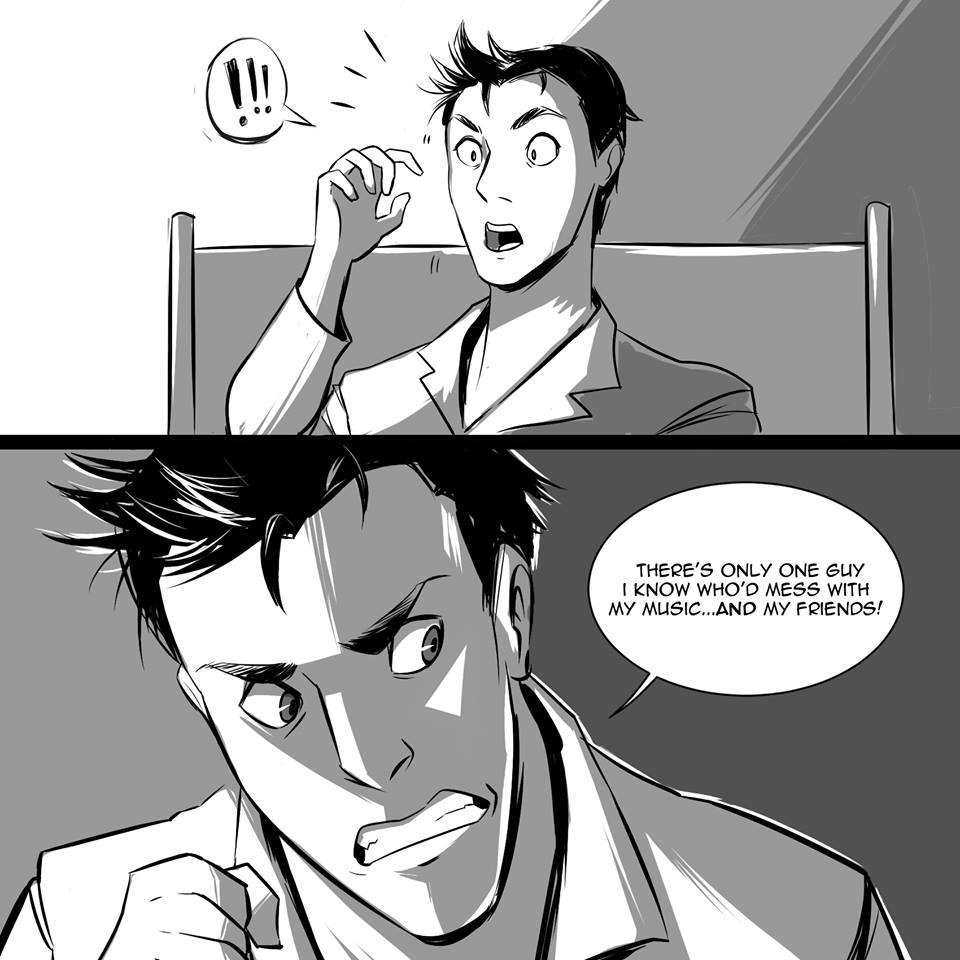 #9 - As panic turns to anger Sable grits his teeth. "There's only one guy I know who'd mess with my music... AND my friends!" he seethes... 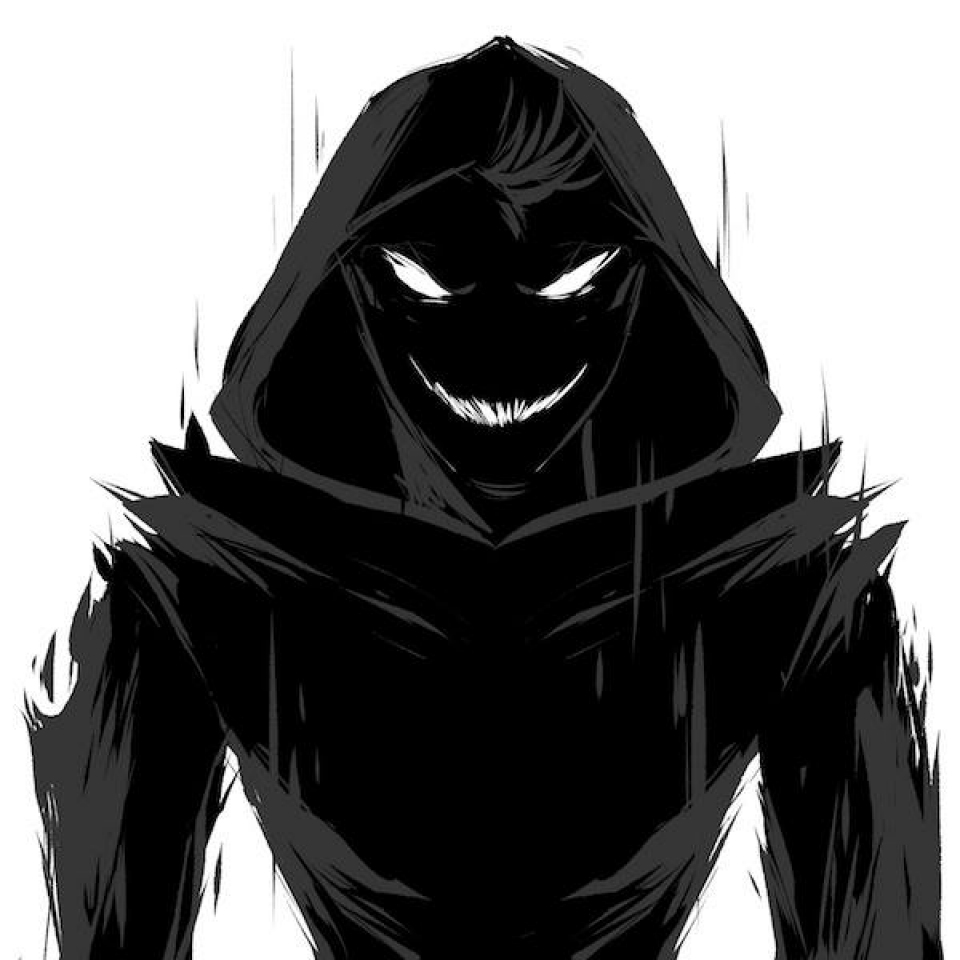 #10 - "Ahem. THIS IS SHADOW! You'll never get your music back now Sabes!! Your tracks are mine and once I feed them to the Dark Stereo, they'll be lost forever!!!" 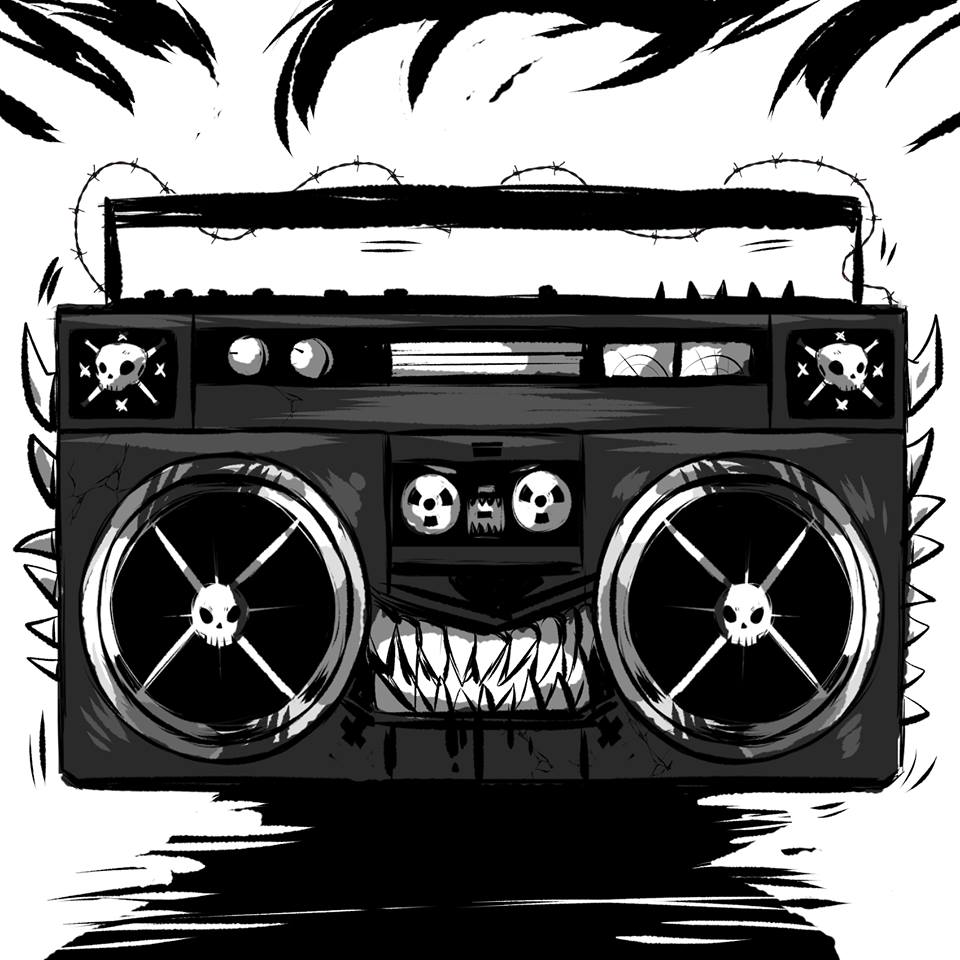 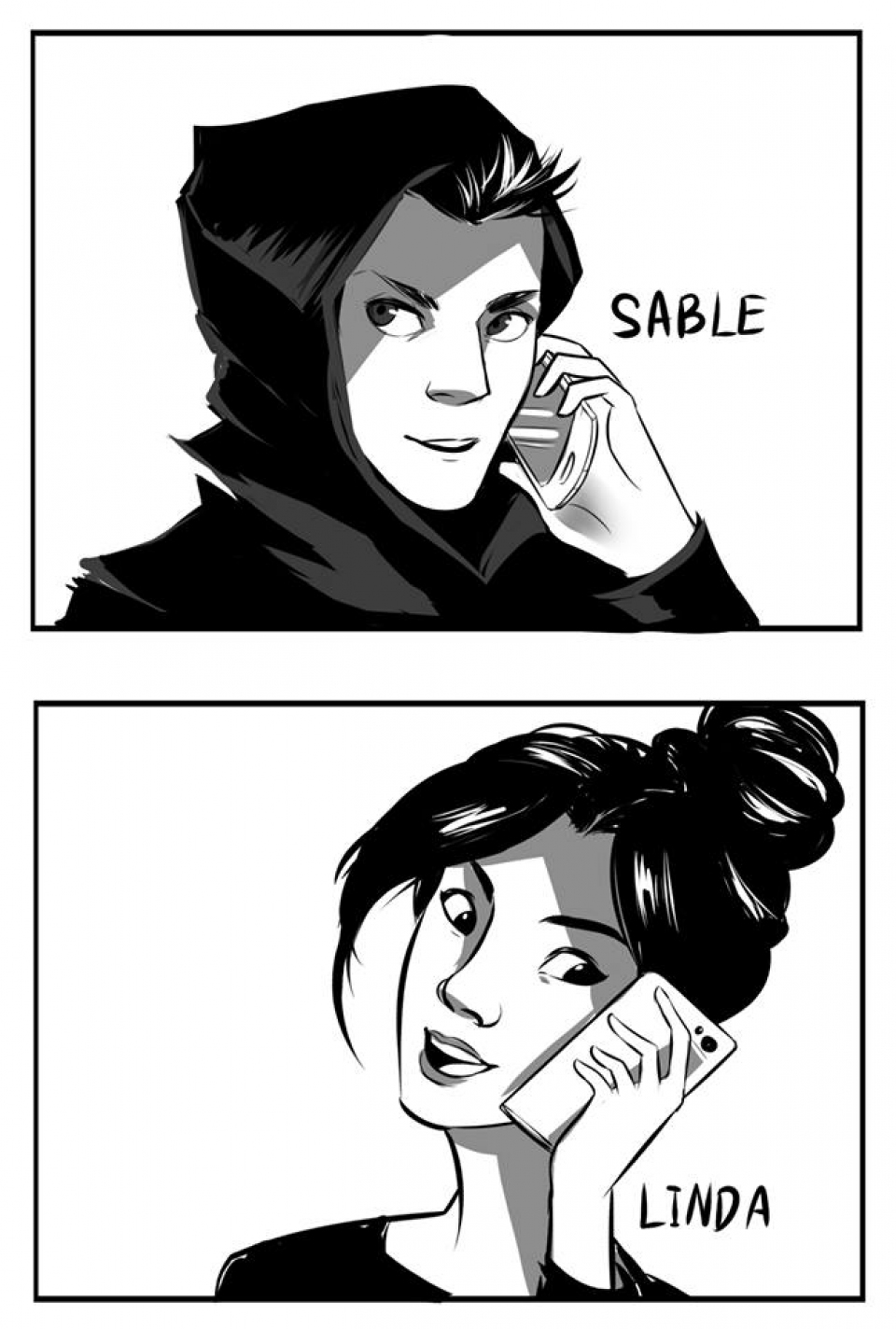 #12 - With no time to lose in the search for Kuro and the four missing USBs, Sable calls his pal Linda to deliver the one remaining track to her safe hands. Once given to the people it can never be lost to the Dark Stereo. 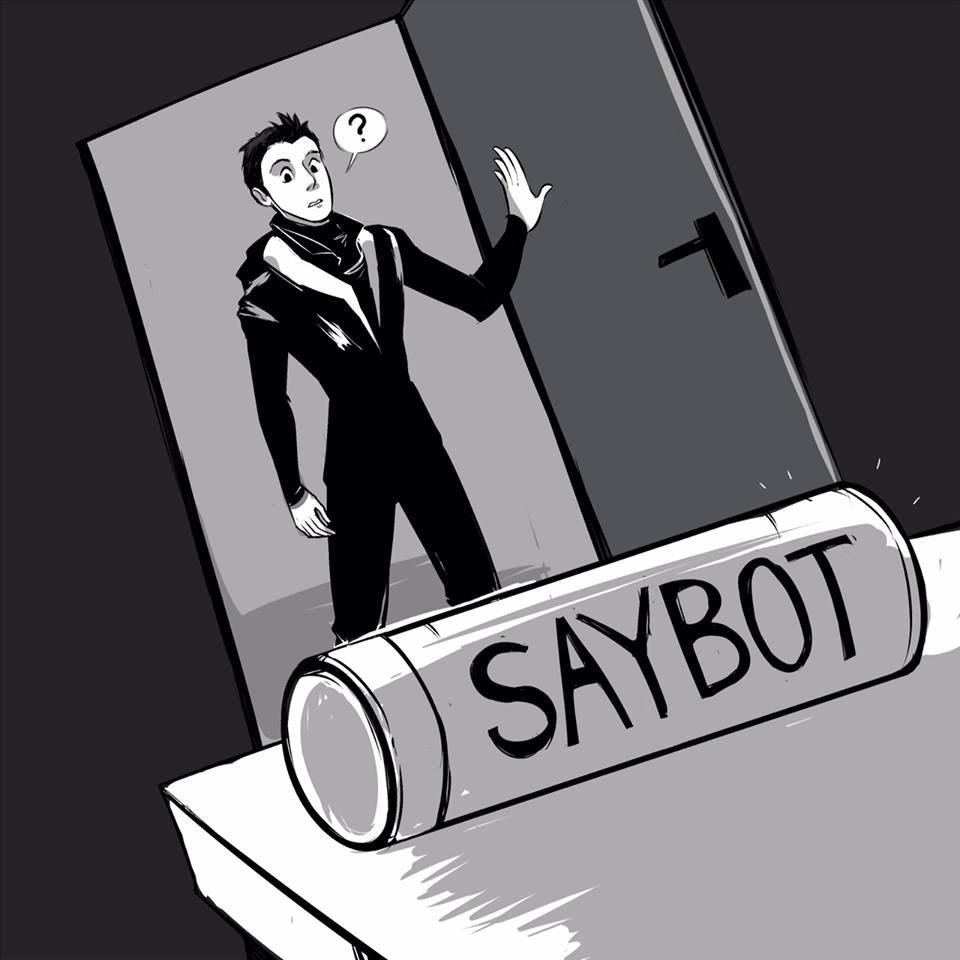 #13 - After delivering One And Only to the safe hands of Linda at triple j, Sable returns home. With no sign of Shadow, Kuro or the lost USBs, all hope is almost lost...until he swings the door open and spies a tube on the table. The Saybot project! This may be the answer! 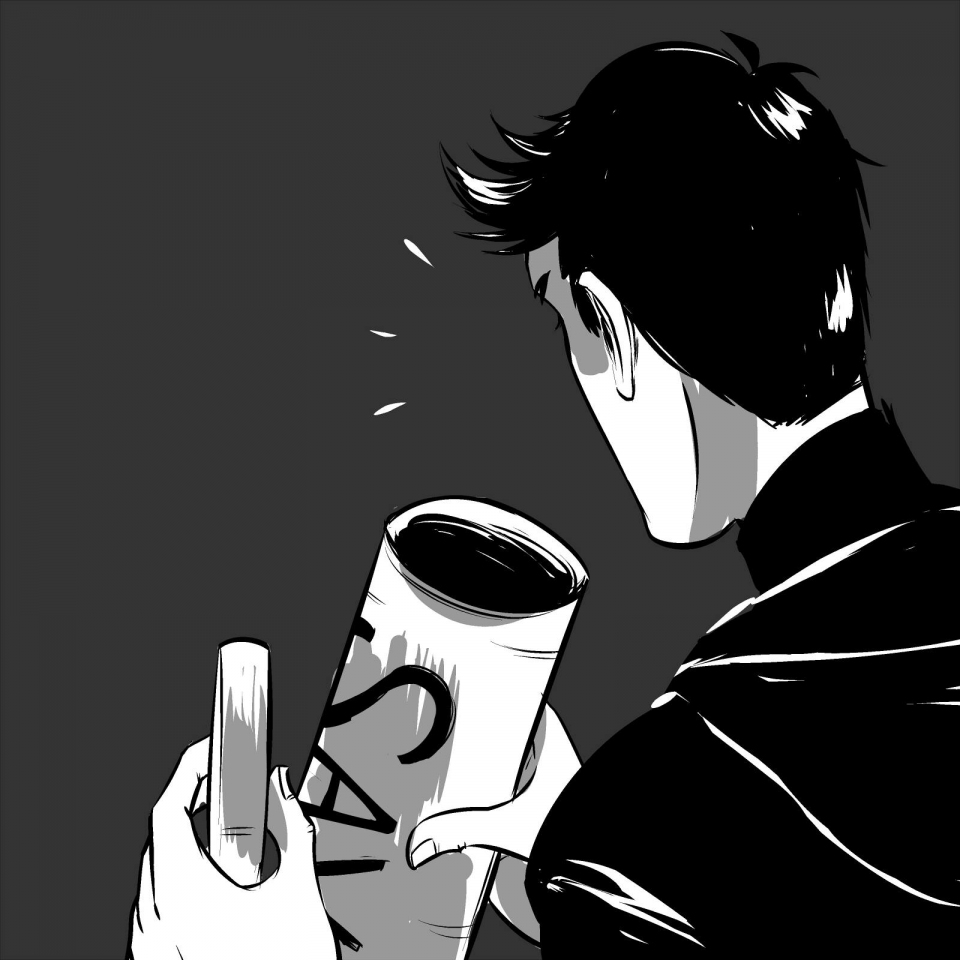 #14 - His only chance to catch Shadow lay incomplete. Still waiting on the final pieces of the plans, he would have to call on his friends! Sending messages out to everyone that could help with the project, he sat waiting. His only hope of reaching Shadow in his cloud castle resting on this! Suddenly... 'Message Seen!' Will #teamsable assemble? 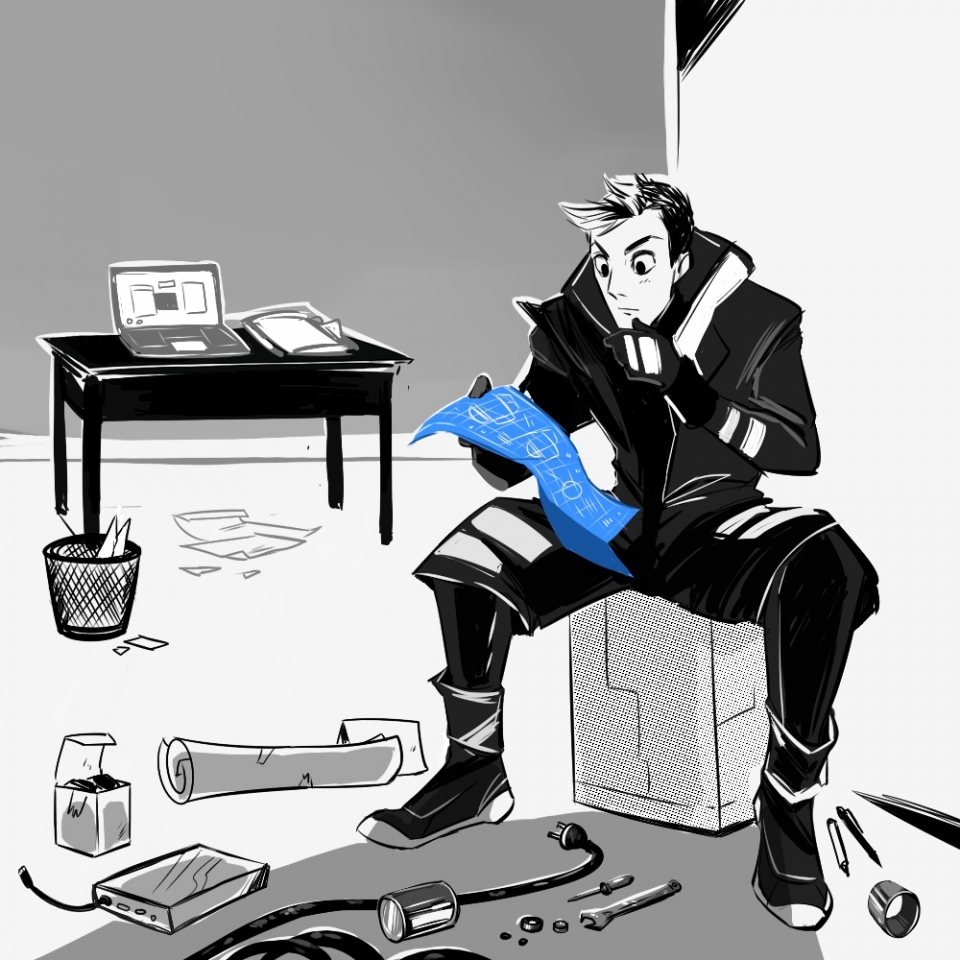 #15 - After spending the whole weekend working on Saybot, the final build is finished! Hopefully this version gets everything right... 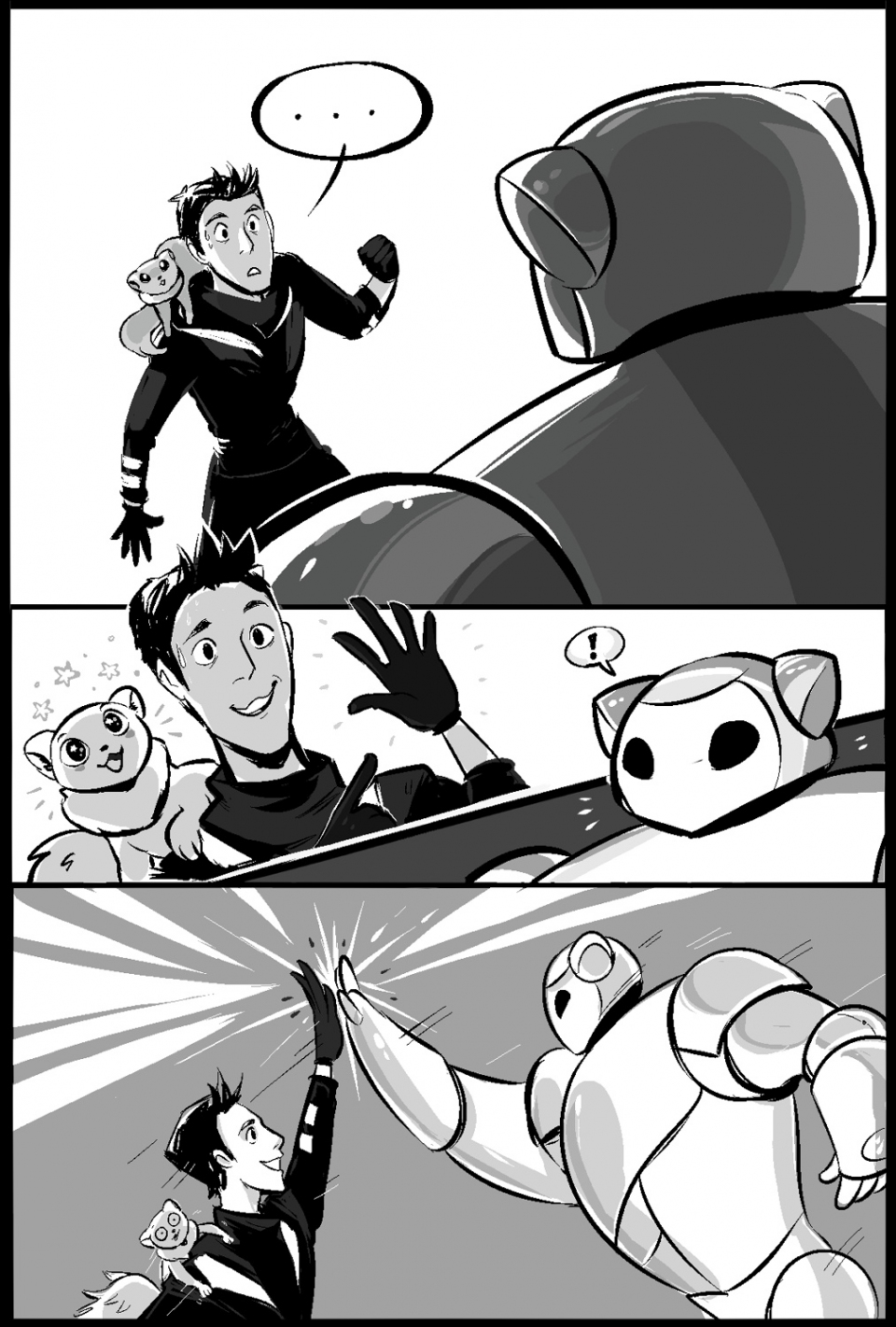 #16 - Just in time, Kuro returns with the launch code and Saybot comes to life! "Hey u! I'm Sable. Nice to meet you Saybot." 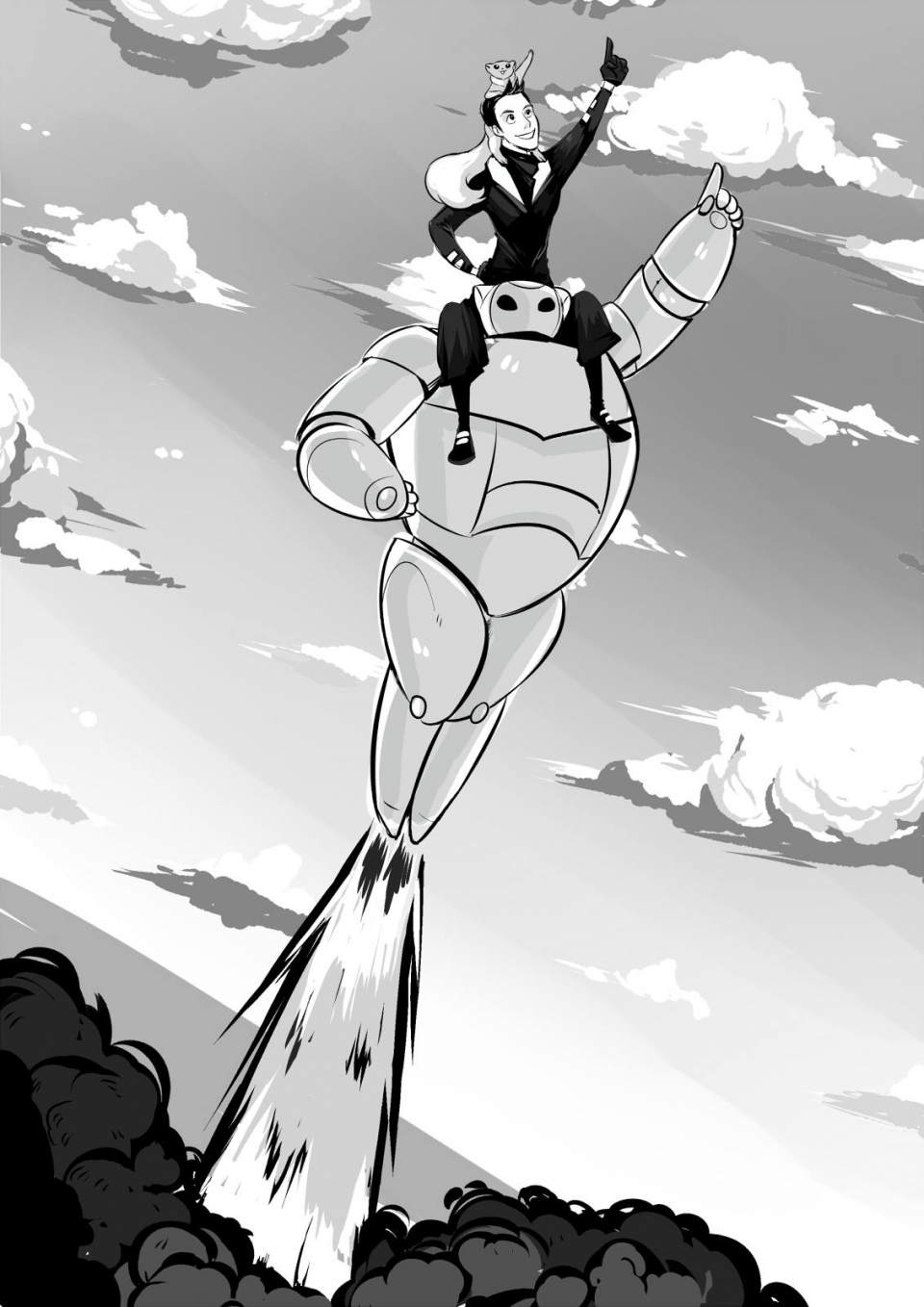 #17 - With no more time to lose, Kuro and Sable jumped on the shoulders of Saybot to make the journey to Shadow's Cloud Castle in the sky. "Shadow doesn't stand a chance now!" Sable says to the team, "Let's get those USBs back!" 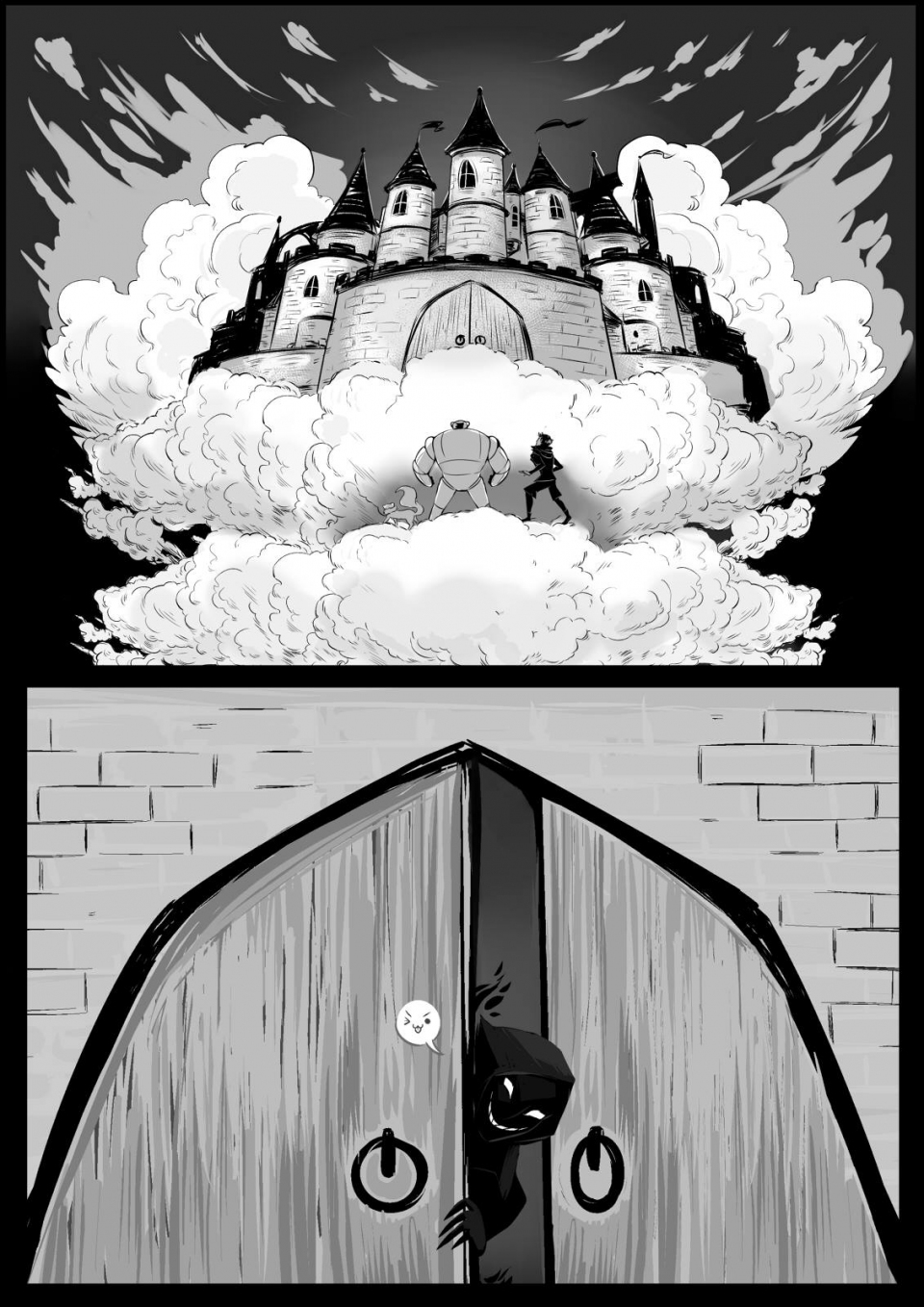 #18 - "Phew we made it! Thanks Saybot," Sable says as they reach the doors of the Cloud Castle. "Ayy lmao. You actually made it! You're too late anyway Sabey, the Dark Stereo is ready!" Shadow says gleefully, peering out from the door to his fortress. 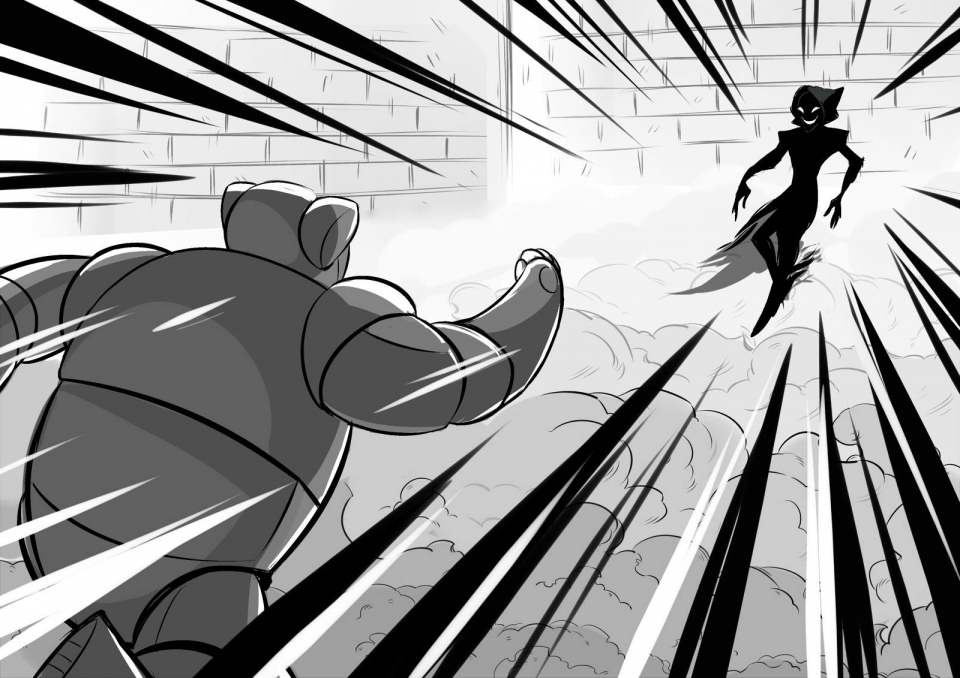 Is it too late for the four USBs??? 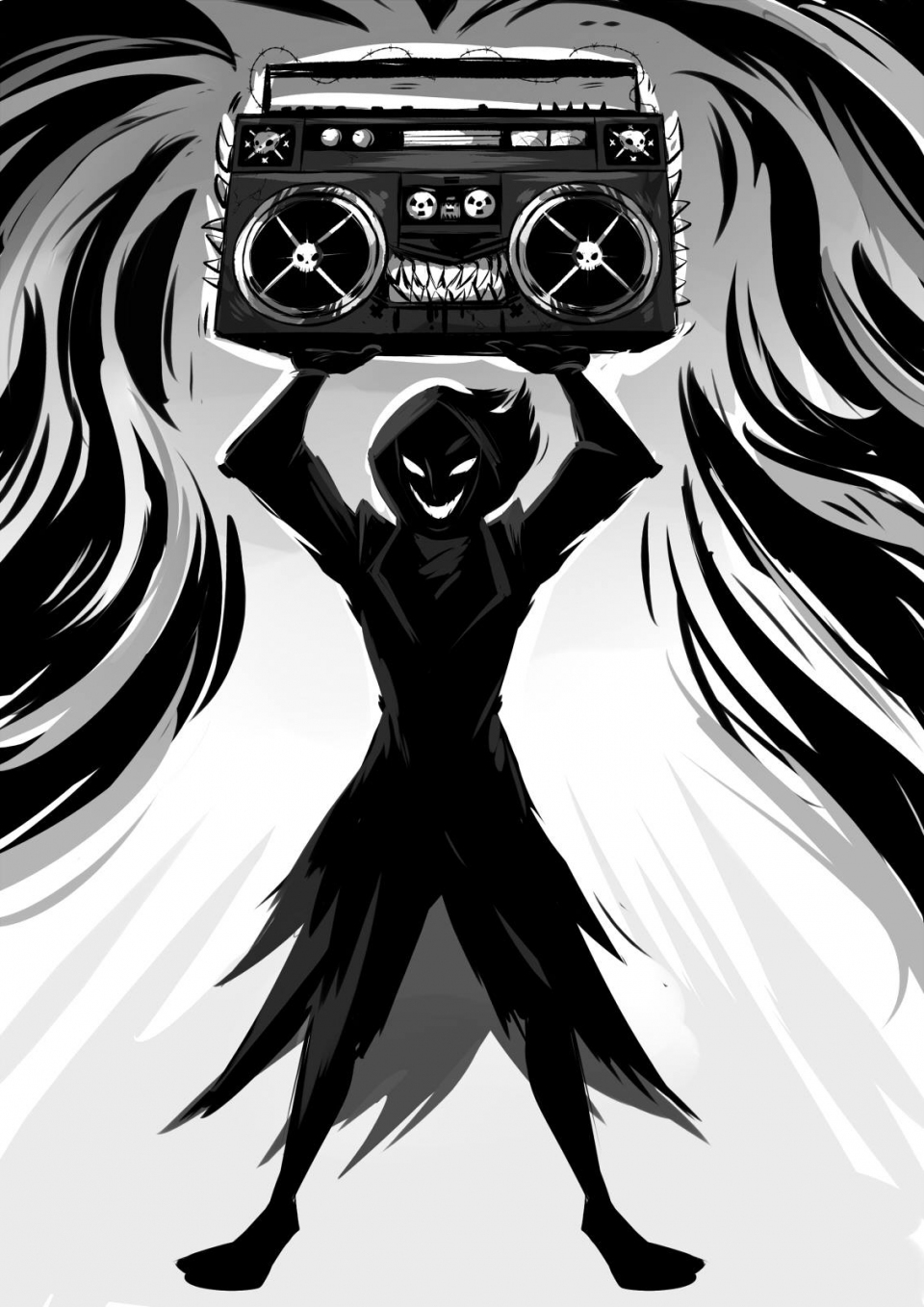 #20 - Holding the Dark Stereo above his head, Shadow threatens to end it right there! It seems all hope is lost... What will happen to URL LUV and #teamsable??? 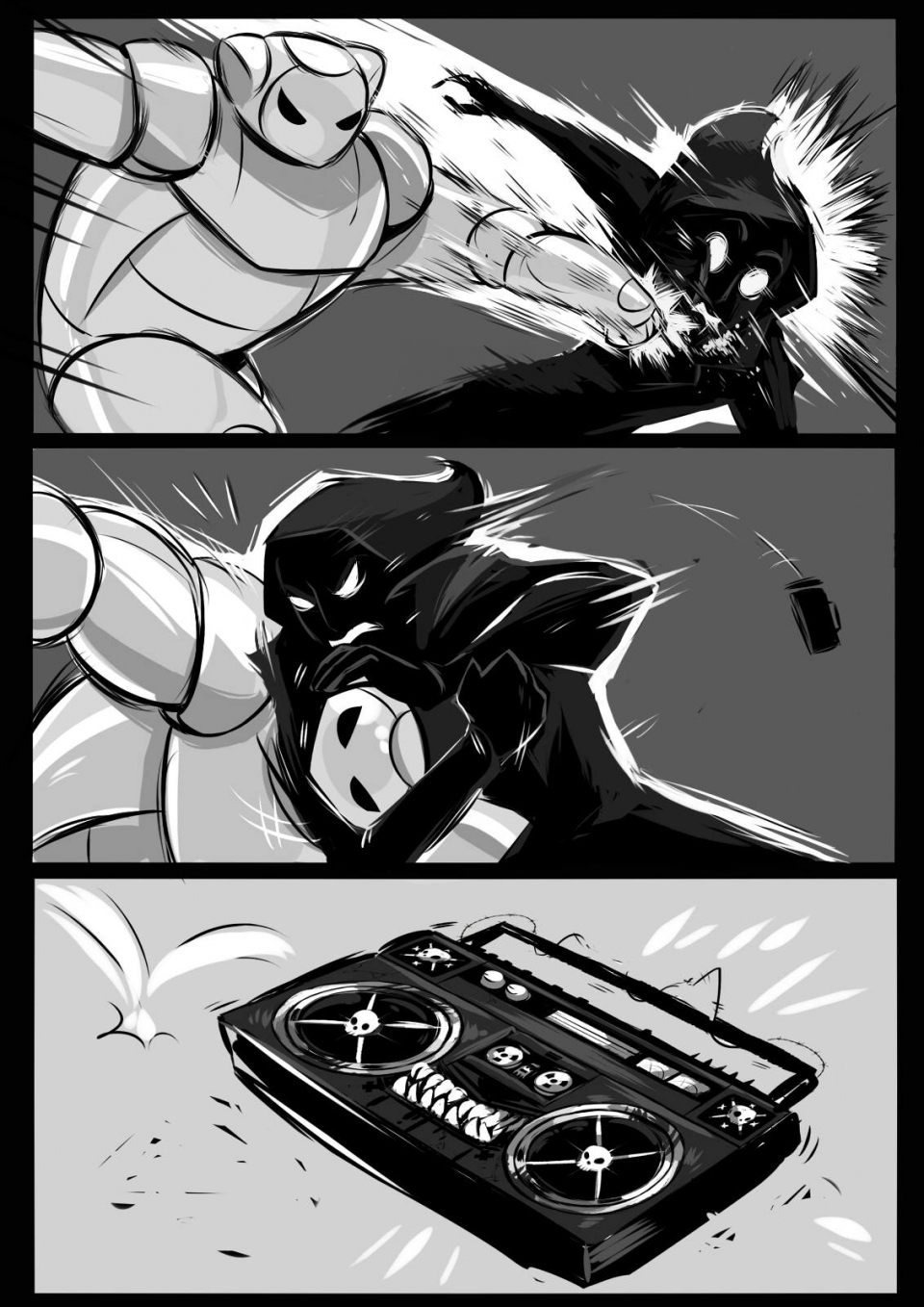 #21 - In a flash, Saybot rushes toward Shadow, hitting him with his big loveable fist. "Ooof!" Shadow winces. "Ur pal has no chill Sabey." As Saybot and Shadow fight, the Dark Stereo lands out of reach. Are the USBs safe??? 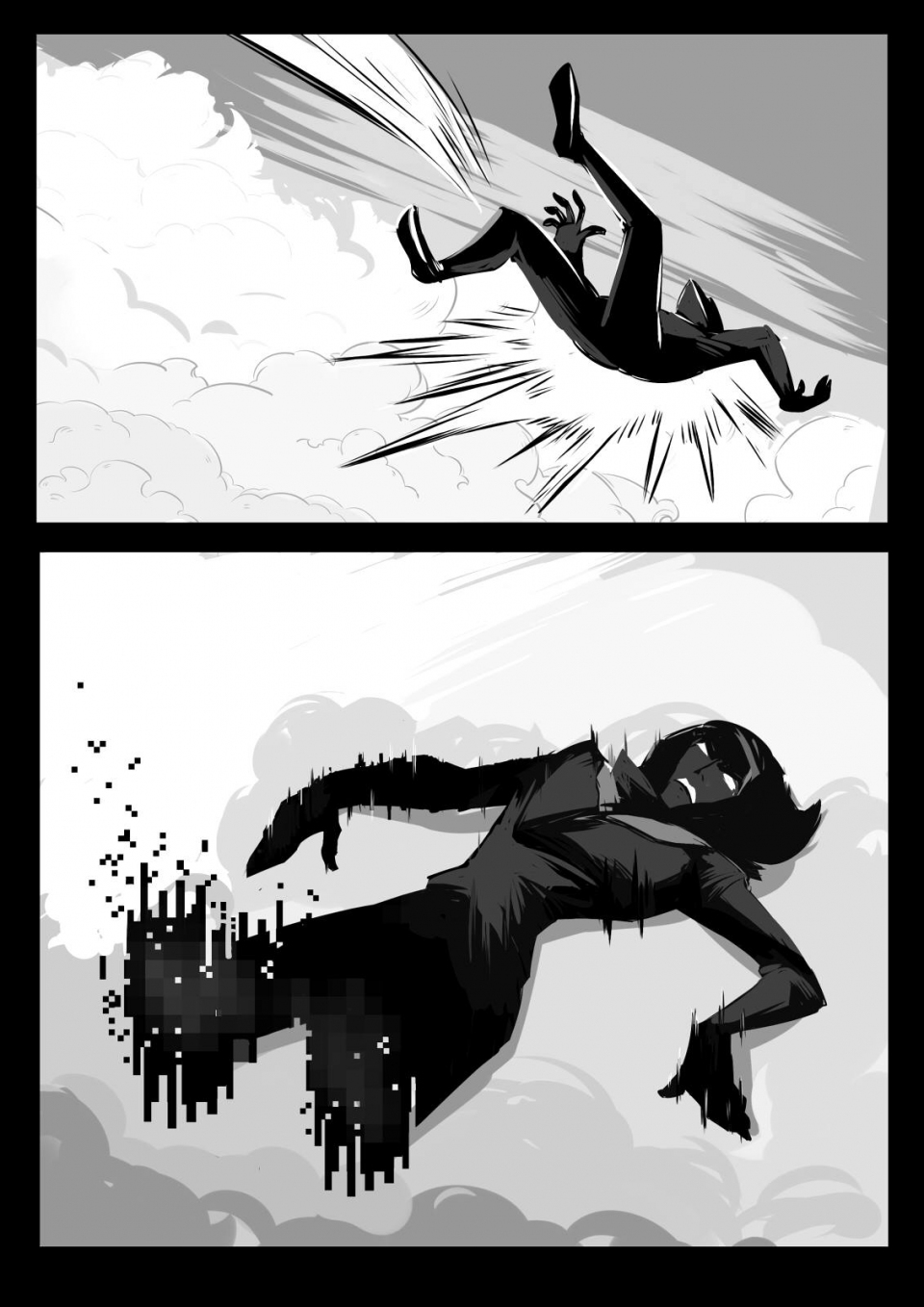 As Shadow disappeared into the internet, #teamsable had one last thing to do... 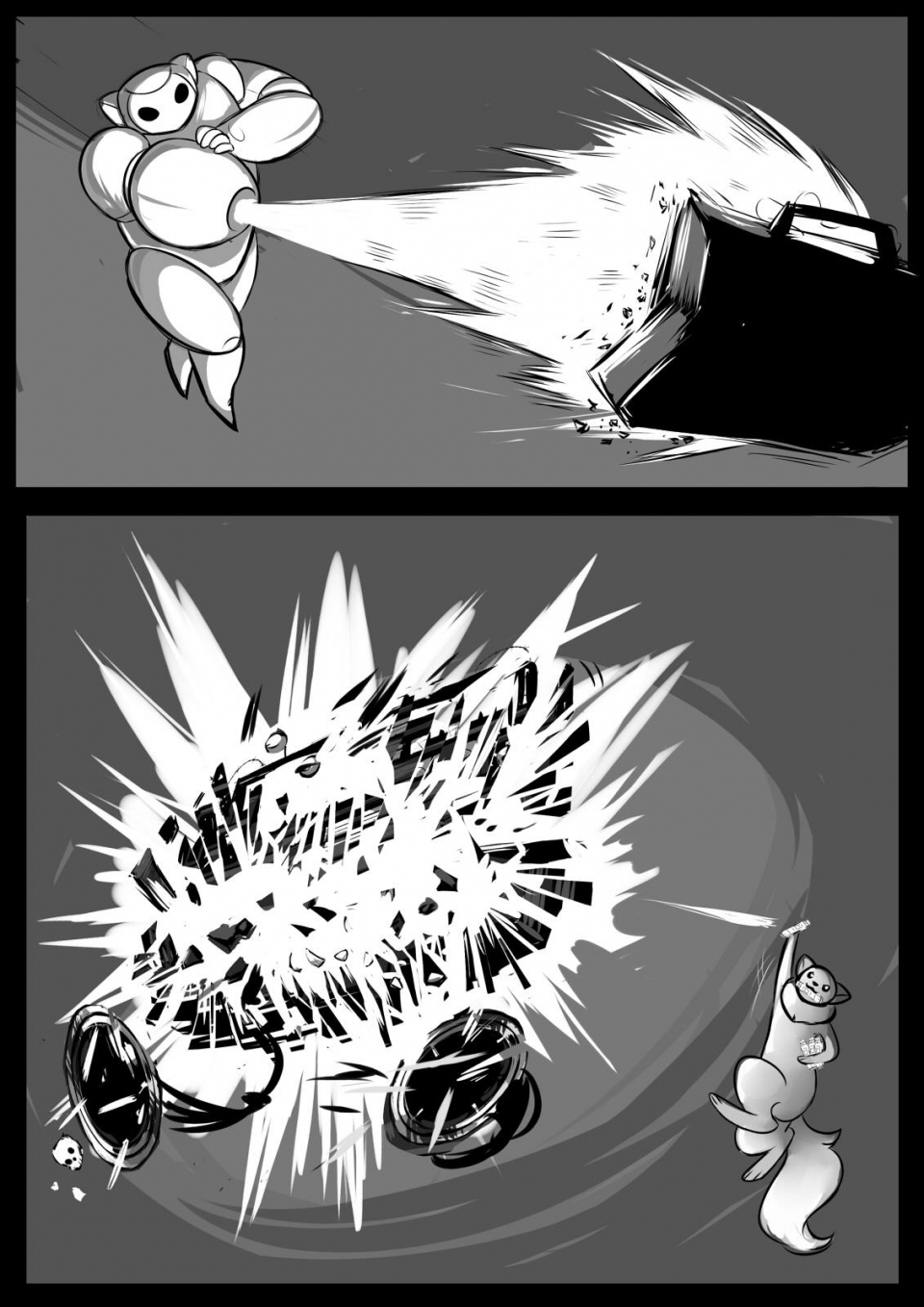 #23 - With Shadow gone (for now) Saybot fired at the Dark Stereo, destroying it and freeing the USBs. With the USBs safe in Kuro and #teamsable's hands, URL LUV was safe from the Dark Stereo! 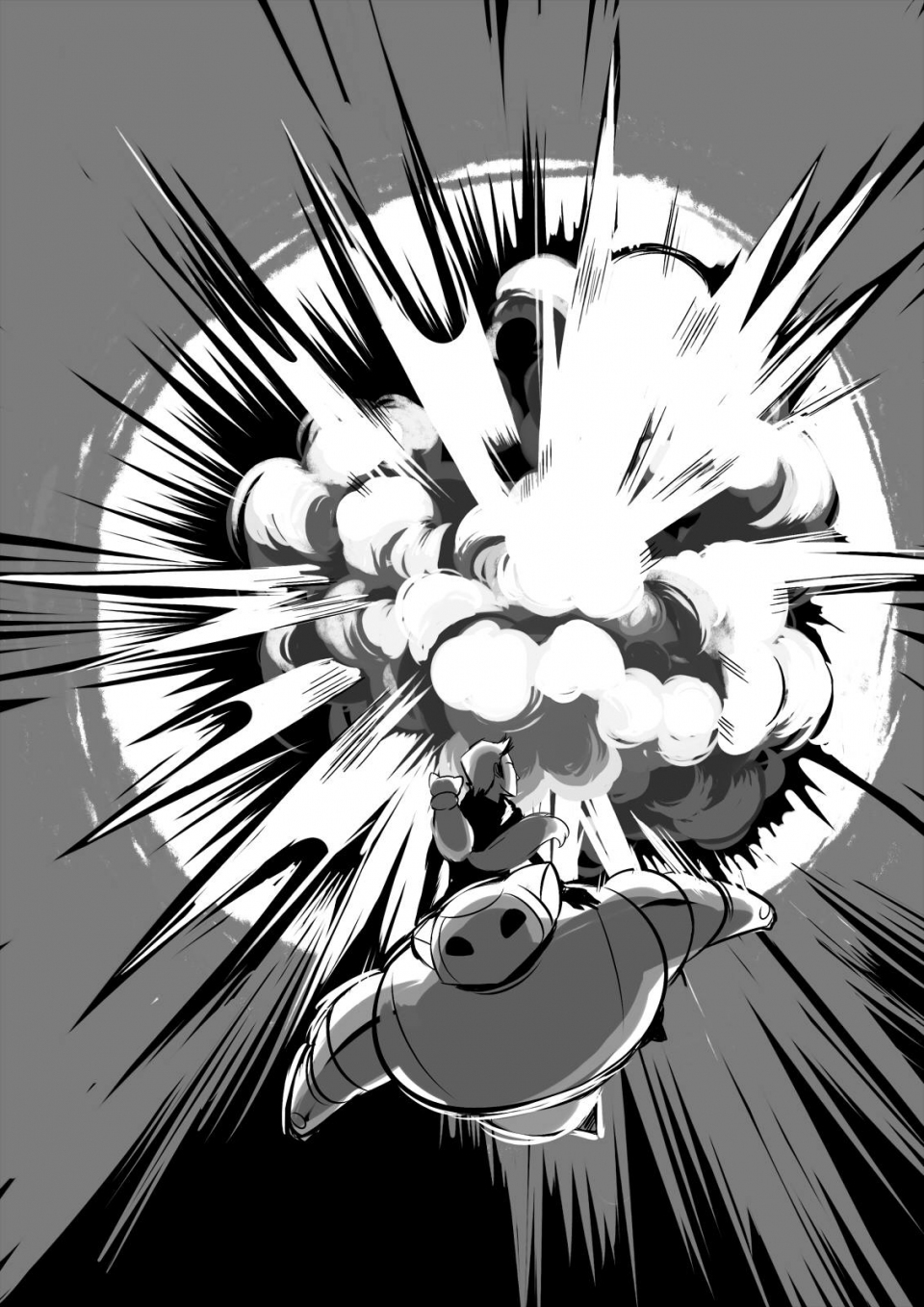 #24 - With the Dark Stereo destroyed and the URL LUV USBs safely in their hands, #teamsable begins the journey home from the Cloud Castle. Suddenly, in a blinding flash, the castle explodes behind them. Deep down Sable knew this wasn't the end of Shadow, but URL LUV was safe and ready to deliver... 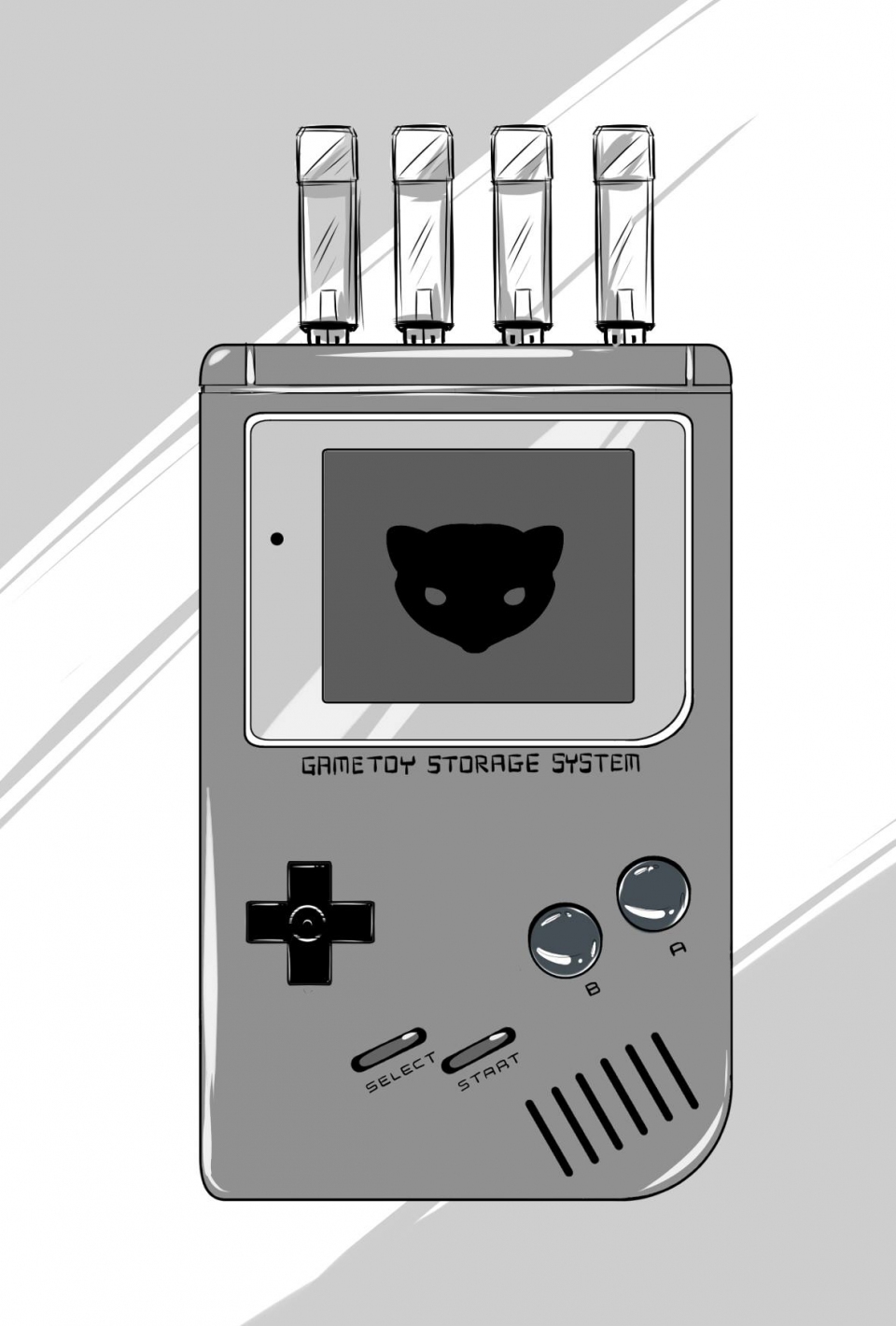 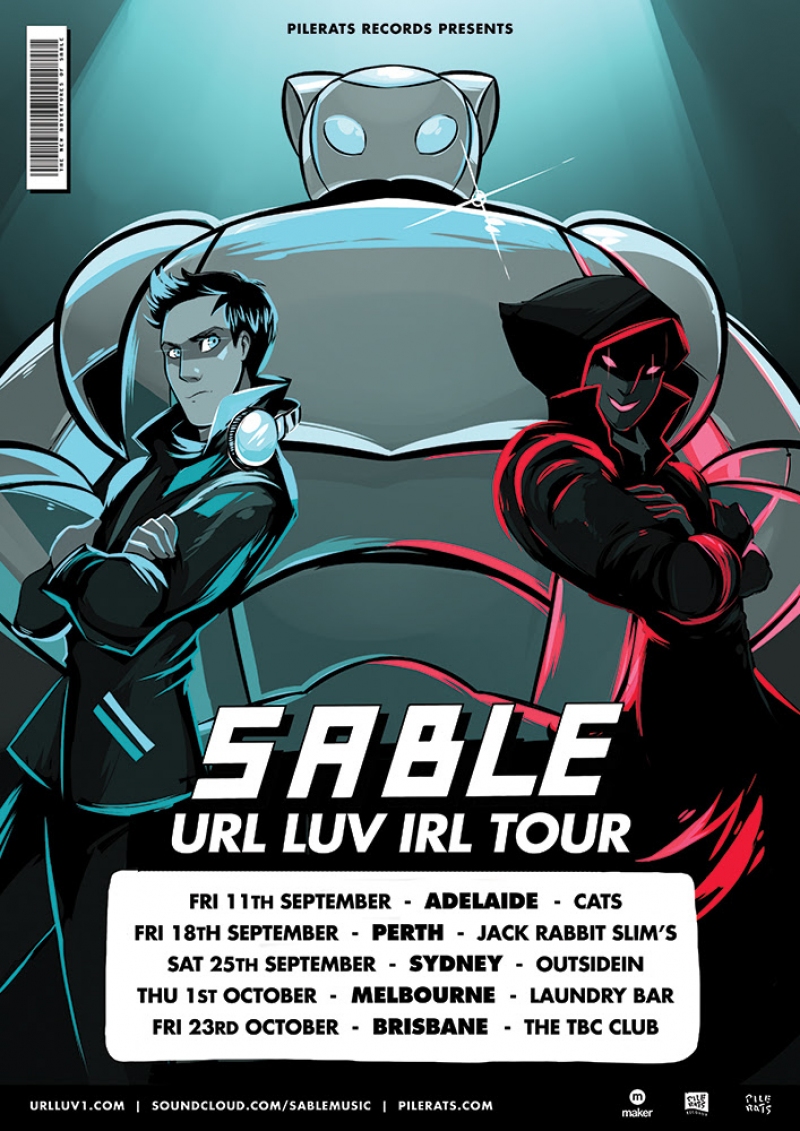 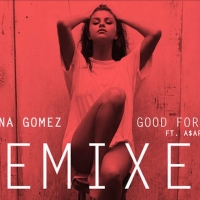 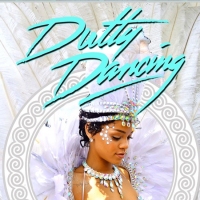