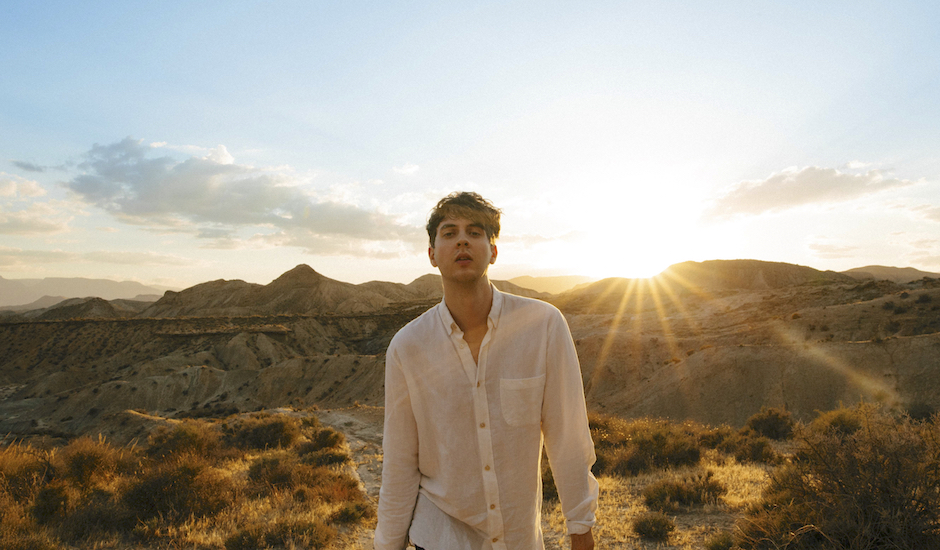 Marius Lauber AKA Roosevelt last week unveiled his synth- and sun-drenched new album Young Romance, an 12-track LP that skirts the line between nostalgia and future to perfection. Crispy clean with a steer away from the dancefloor and into dreamy electronic-pop, it's a wonderful album that arrives just in time for our summer. Mixed by Chris Coady (Beach House/Grizzly Bear/Future Islands), its bright and breezy sounds come from a place of self-reflection for Lauber: "I ended up processing a lot of emotions that I felt during my youth” he says, “faded relationships that haunted me for years, being on the road for what seemed like forever and the constant search of a place to call home."

He was kind enough to give us some insight into each of its luscious 12 tracks, check it out below:

I love seeing the beginning of a live show where each instrument is coming in one after the other. It's also practical as you can set your monitor setting on stage… It also adds a lot of tension to the arrangement. I wanted to try this on this track, and it was purposefully made as an intro track to the album.

This was the first track I finished for the new album - kind of the ‘ice-breaker' in the studio, that led to the rest of the album. It was definitely one where I was more comfortable with my voice than ever before and wasn't scared to go really pop.

A good example of how different a track can start for me: this was initially a drum beat, and some percussion that I recorded on top. It really only started with a groove and became a song afterwards. I think you can hear that in the percussive drive of the track.

This is kind of based around my experiences from heavy pain medication in the States. I needed to see the dentist while I was there and got some quite heavy fever dreams from whatever he prescribed me. It was a good fit to make the instrumental a bit more psychedelic on this one.

Probably the most personal track on the album - a song about touring, being on the road for too long, and losing the connection to your home town and friends. Although I wouldn't change a thing and really love to tour extensively, it gets weird when you get home and try to fit into a regular life. I wanted to get that feeling into a track - which is at the same time not a complaint, but rather feels like glorifying it through a euphoric instrumental.

I love Oracular Spectacular by MGMT and that album was a direct influence on this track. Funnily enough - Young Romance was mastered by Greg Calbi who in my opinion was really important for achieving the sound on the MGMT record - slightly distorted, with the mix driven really hot. Sound-wise, I also wanted to have this track really close to where the first album ended - I definitely had some tracks where I wanted to move away from it, but some where I wanted to do an even better version of what I did on the first one.

A track about a lost love. A thing that is really fun for me is to try to write a song that is insanely melancholic but euphoric at the same time, and that was definitely a goal when writing Lucia. There's definitely something nostalgic about it - not even in the sounds - but also in the lyrics that I wrote for some of the tracks. I think you can hear that on this track the most.

Definitely the most experimental track on the record and something I wouldn't have done a few years back. This is the only track on the album where some parts are not played by me, just to bring in a breath of fresh air. Frank Ocean's Blonde was definitely an influence for this track. I wanted something really raw and honest.

Ever since I did my very first track Sea in 2012, I've loved to play disco guitar chords, obviously inspired by Nile Rodgers. While I didn't do this a lot on this record, I wanted one track where this was the main element. This was definitely one of the most fun tracks to produce in the studio; I really went for a late-70s production with dead-dry drums, muffled short-scale bass and vintage synths.

This track for me is a kind of reminiscence of some good old indie days - when I was 16 or 17 I used to go to these parties where bands like Metronomy, Whitest Boy Alive, Bloc Party were played. It was a pretty carefree time and coming from a small village that music was very new and fresh to us... It felt like we found our thing and we met likeminded people from other parts of Germany and connected really quickly.

My very first feature with a guest vocalist, and it's crazy how quickly this one came together. I gave Ernest a message on Instagram to see if he would be up to trying something on a demo I've done. Surprisingly, he replied that he's really into my music and recorded something over the following days. He was really one of the big influences in 2010/2011, when I started producing my own tracks - he made it clear to me back then how big and lush you can sound even when producing by yourself.

It felt like the right track to close the album with - definitely the most cinematic sounding track on the record. I wanted something that just builds on one chord pattern and grows throughout the track. We played that song live a few times (without people knowing it) and it was already one of the best moments of the set. Really can't wait to play this one live on the album tour. 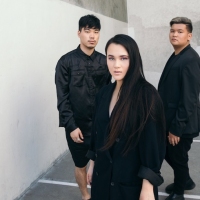 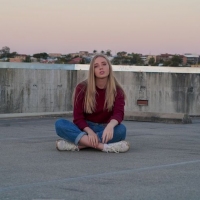