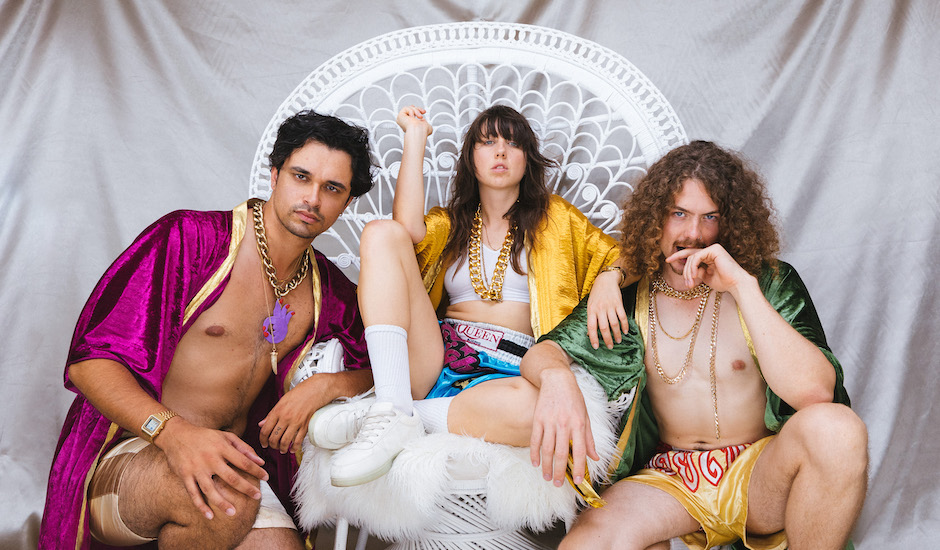 Formed back in 2018, Brisbane-based trio Buttercats are a group you might've become acquainted with across last year (a big one for the Queensland live music in general, especially its next-generation); the trio playing a bunch of the state's more low-key and local festivals such as the Body Type-headlined End Of The Line Festival and the Jet Black Cat Music annual BIGSOUND event Sonic Boom, which this year featured a lineup plump with Australia's up-next stars. Then, they also put out their debut single The Way I Dance, a soft four-minutes of swirling, sun-soaked disco-funk that latches onto sounds by Kaytranada and SG Lewis and twists it with a unique, nostalgic R&B twist that puts the group in their own lane.

Now, a few months later, the trio are building up to an even bigger 2020 ahead. So far, they've already got two massive shows in the pipeline - Nine Lives Festival, which is headlined by Julia Jacklin, Angie McMahon and Aldous Harding; a show supporting Ngaiire - and with a slow drip-feed of work expected to showcase how they've deepened and evolved their sound across the two years, there's plenty to be excited about here: "2020 is seeing us delve deeeeeeep into our writing and recording adventures," the group say on their year ahead.

Today, it all kicks off with the premiere of their second single Thunderstruck a few days early, with the track taking this lo-fi disco-funk sound showcased on their debut and slowing it right down to something soft and sensual. It's a dripping four-minutes of 90s-esque R&B that swells with this woozy, late-night energy, a nod to the funk acts that pinpointed their earlier sounds - Kaytranada one listed just a moment ago, as well as everyone from Parcels to Tom Misch - as well as other, more R&B-adjacent heavyweights like D'Angelo and The Internet; Thunderstruck sitting somewhere in between.

Anyway, there's plenty to love here and with plenty more incoming, take a dive into Buttercats' epic second single Thunderstruck below ahead of its greater release this Friday, and better introduce yourself to the rising Brisbane trio while you're at it:

Buttercats are an R&B inspired Disco Soul band from Brisbane. The band formed in 2018 when frontman Tim moved to the city from Cape York, timing well with his sister Jaymee returning home from touring as drummer for Australian songstress, Emma Louise. Marc’s bedroom producer past then added a modern edge to the soulful inclinations of the siblings. Buttercats have poured their souls into developing their sound and creating an electrifying live show with an emphasis on helping all people of the world step into a melty, glistening dewdrop of euphoria.

We are a mix of all the funky, soulful things. We take inspiration from bands like Daft Punk, Rhye, Khruangbin, as well as a lot of old school soul and disco from the 70s and 80s. The sole purpose of our music is to do what soul and disco do - let you lose yourself for a little while and get lost in the smooth times.

Our writing and production processes are super collaborative. Usually, Marc will come up with some funky smooth Ableton beats, then Tim will drift into Marc’s room (they live together) and some insane perfect melody and lyrics for the first verse will tumble out of him instantly, it’s pretty magical to watch. From there, Jaymee and Tim will write the rest of the lyrics and melodies together, and the three of us will add all the little intricacies to the groove on Ableton to take it to the finish line. We then take it to Jaymee’s studio to figure it out live with our keys player Laurent, and then when we’re ready for the big boosa, we head into our boy Josephson’s recording studio where we L A Y D O W N the live instruments, then continue to shroud it in creamy synths and samples til it’s the kind of soundscape that makes you see mountains and clouds when your eyes are closed.

Can you tell us about your new single, Thunderstruck?

Thunderstruck started as some classic funky Ableton junk, drifted into love song territory, then got super sexy. Towards the end, we realised that we were writing something born out of the feeling of helplessness and passion that arises amidst the chaos of climate change, and the feeling that the world as we know it is changing. Inspired by the likes of Daft Punk and Rhye, this song is a reminder that despite what may happen in the future, we are here now, and we have each other, and we are sexy. We recorded it with Josephson at Josephson Records, and it was mixed by another one of our best friends, AKA Lui. Check him out too, he’s the raddest.

2020 is seeing us delve deeeeeeep into our writing and recording adventures. We’ve spent the last 2 years figuring out how to articulate the phat phunk and velvety groove that we feel deep inside. We’ve found it now, so it’s time to lay it all out in words and rhythms for you in recording land. Alongside that, 2020 will see us touring the East Coast for the first time mid-year, in the most hectic, dreamy gettups you’ve ever seen anyone play music in.

Thunderstruck is our second single, so you can find both our singles on Spotify or Youtube, but we promise there’s more in the pipelines so keep an eye out on Spotify over the year. Besides that, dam we put on a good show, so hit us up during our East Coast tour or at one of our Brisbane shows in March. 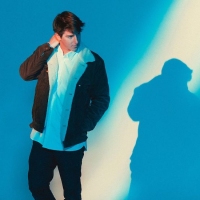 Premiere: Brayden Sibbald whips up a dreamy world with Thin AirThe long-time West Australian favourite continues to soar and flourish in his adaptation of new sounds. 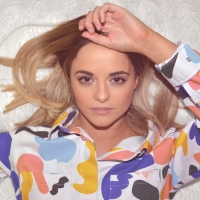 Premiere: Genes makes it two from two with new single, When I'm Around YouAfter the success of her debut single last year, Genes - a new face to Australian pop's limelight - continues to soar.
Electronic