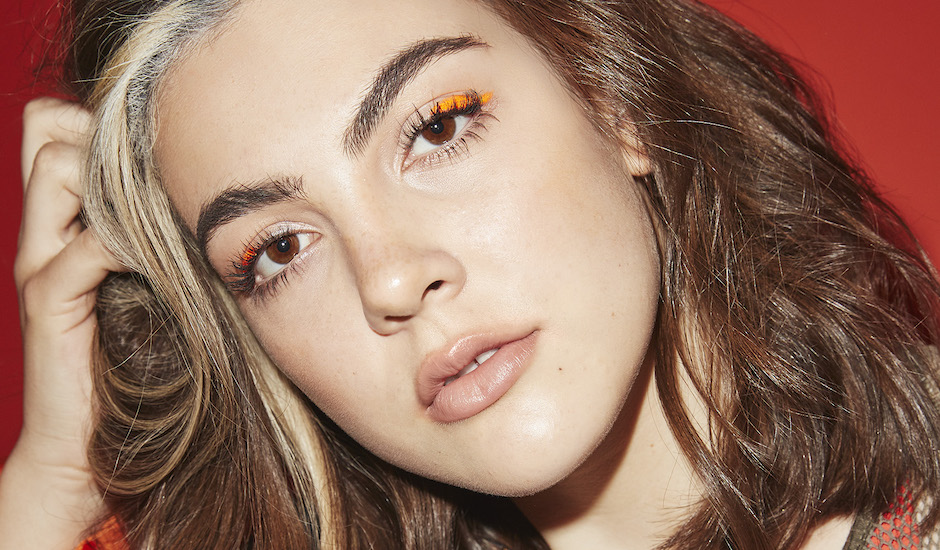 Music is all about visibility and giving a voice to others who may not have that same voice. It's why artists including Billie Eilish have grown to become international heavyweights over the years, pushed into the spotlight by a predominately teenage audience who come to Billie as a person of their age to look up to, and as a relatable and open voice which may target them better than that of say a 40-year-old male, for example. This is something at the forefront of Evie Irie's songwriting and lyrics, as she navigates teenagehood through her music and creates something distinctly her, but relatable to others in similar backgrounds - even if she doesn't mean to.

"These are the ideas and emotions of a 16-year-old girl in this world trying to be seen," says the 16-year-old Sydney musician on the themes of her debut EP, 5 Weeks In LA. "With feelings and emotions and relatable stories and messages that I try to convey, it’s a point of view from me and a snapshot of my life in this moment." If you're yet to be acquainted, Evie Irie is a new force to Australian pop music, attracting international attention with her debut EP and the subtle, emotionally-drawn sounds that it contains. Spanning five songs and written across five weeks in Los Angeles (as its title suggests), the EP captures her many sides not just as a musician but as a person, with lyrics about vulnerability, negativity and life in general swirling alongside delicate instrumentals which move from subtle guitar-fronted indie to touching electronica; each bound by Evie's intricacies and knack for breathing new life into old sounds.

"I’ve found my sound and that’s something that every artist wants to find, and I’m just so lucky that I found it so early on in my career." Introduce yourself to Evie and her debut EP below:

I’m 16 years old and a singer-songwriter from Australia. I started songwriting when I was around 12. It’s funny how it all came together because I never thought I had a passion for music. I remember listening to music as a kid and never thinking much about it. The thought of being a singer or writing songs wasn’t really in my brain. I would be obsessed with a song if I liked it, but never actively listened to music.

My middle sister is three years older than me and at the time my 12-year-old life was very boring. She would come home from school with all these stories and issues about the boys, bitches, high school drama and parties, which was so interesting to me. So somehow one day I picked up my guitar to play a few basic chords and started humming a little melody, then I started to think, well I have this guitar and my sister has these interesting stories, so I guess if I put them together I’ll write a song. And that's where it started. Three years later I had the opportunity to spend the year writing and developing my skills in LA, New York and mostly Nashville but one of my trips to LA was where everything just clicked.

I would say it is pop, but I honestly don’t even know what pop is. Some people have said it sounds like it has a soul influence, which I will happily take the compliment, but I don’t know how true it is. I’ve also heard indie a good amount of times. It's so hard to put the whole EP in one category because all the songs vary sonically. Coming from a singer-songwriter background and telling a story through each song but in a pop way, there is definitely a theme in that.

Almost every time I go into a writing session I start off with nothing, not an idea or concept. I feel there’s something so special about sitting down with nothing and being able to create something, whether it’s shit, or amazing by the end of the session. Being in the room and being a part of the emotional journey from start to finish allows me to have such a strong connection to the song. I feel as though I am so in the emotion that when I get on the mic, what I am singing is so purely genuine, and how I am feeling. Being able to create and capture all of that in one session is how most of my material is made.

Can you tell us about your new EP, 5 Weeks in LA?

The EP 5 weeks in LA started on one of my trips to LA. I came for a one-week writing trip at the beginning of this year with producer Michael Fatkin, and in that week, I had found my sound. Something that every single artist works for is finding the right sound that sonically, lyrically and emotionally fits them as an artist, and in that week, I found it. I was in LA with my dad and said that I needed to do something with these songs. The first step was to get a lawyer. So that weekend we got a lawyer through a connection from a producer in Nashville and by Monday he was sending my music out to everybody. For a solid three weeks, we were taking meeting after meeting with record companies, agents and managers. I also had the opportunity to work with some amazing songwriters and producers that were a HUGE step up from anyone I had worked with before.

Five weeks into our “one week trip” I had secured a lawyer, management, a record deal, an agent, a publisher and most importantly wrote these five songs that are on the EP. I went through a lot of emotions during this time as well. One day would be the best day of my life and the next would be the worst. By being honest and open while writing these songs was the key to capture the emotional journey in five weeks. Every day I felt something different, had a different perspective on everything, had different thoughts and we were able to express that through these songs. Not every day was the same. That’s why every song on the EP is not the same.

I am beyond excited to be able to start performing live but not too sure how soon or far away a tour is... I’m hoping soonish!

ON All STREAMING PLATFORMS! And I have a music video for my song Bitter out on YouTube. 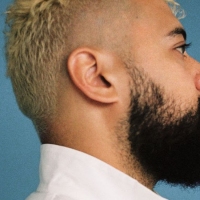 Introducing Noah Slee, who makes a big return with SoulflowerIt's the first song since the Berlin-based artist's 2017 debut album Otherland, and it's a good one. 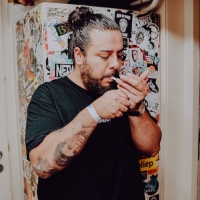 Premiere: GANZ takes Doja Cat's Casual for a spin in new editArriving hot of the heels of his latest single, the remix sets the Soundcloud favourite up for a brilliant remainder of 2019.
Electronic