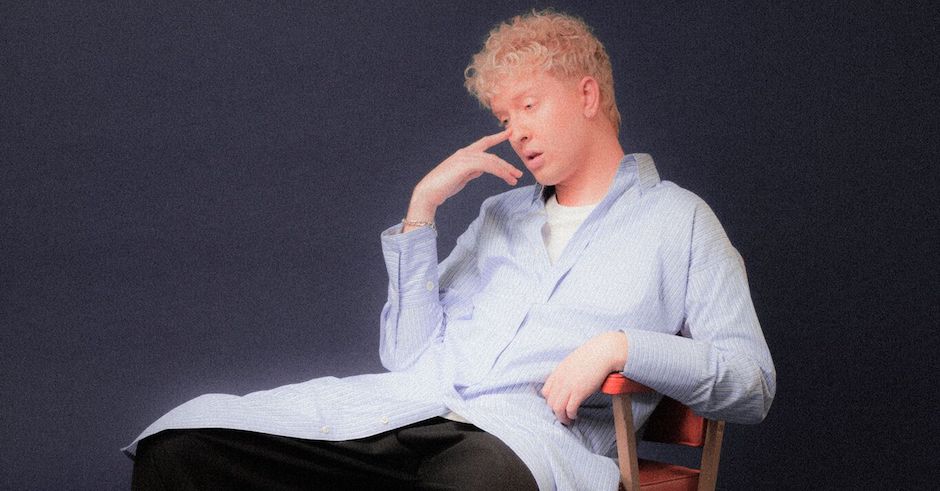 The multidisciplinary of New Zealand's Matthew Young is not lost on us. The Auckland musician has become one of his country's most well-celebrated, with his catchy, pop-centric sound laden with indie, electronic and R&B shadings that differentiate it from the rest of pop music out there and give it its own unique edge. This talent isn't just on record either, with the musician's debut Australian tour last month proving that he's a force to be reckoned with live too, his voice packing just as much of a punch in venues as they do in studios. His Fruit EP showcases this vocal punch brilliantly, with feature singles such as Fix My Up and Running Up That Hill - the latter of which a cover of the Kate Bush classic - sporting Young's dynamic and captivating vocal as it soars above stripped-back instrumental accompaniments that complement his voice perfectly, every ache and emotion amplified through his soulful tone. "Coming through months of being under medicated, over medicated or feeling like the guy from Silver Linings Playbook, I finally figured some shit out and got to making music again," Young says on the EP, which you can grab HERE.

Also, as it turns out, he's pretty good at his visual art too, giving us a run-down on his great Fruit EP with accompanying drawings inspired by each single and their themes. Check it all out below:

This song is a love song that kinda loosely ties in to being on psychotropic meds for bipolar disorder/anxiety. Written during a period where I was going on and coming off all different kinds of prescription pills, some of which gave me pretty gnarly withdrawal symptoms. In general, that process sucked, but I think this song is like the silver lining that I pulled out of shitty situation. 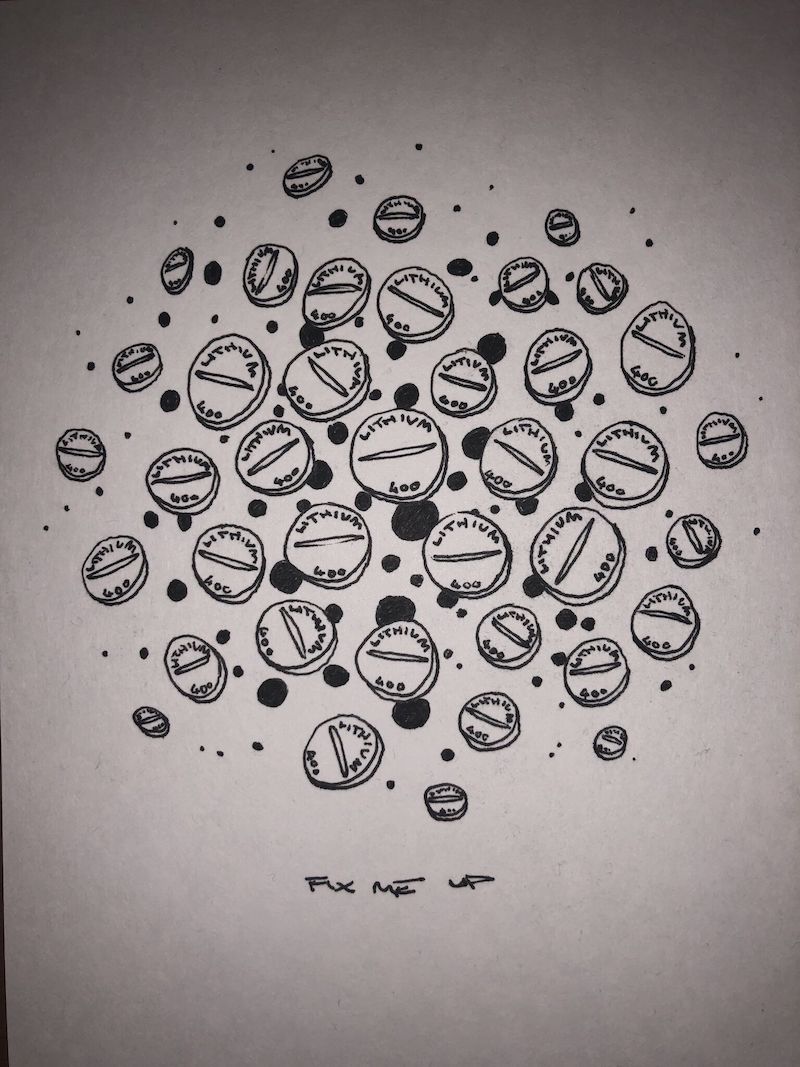 I don’t get out a lot, but I still wanna party sometimes, so this song is like if you had a party with just one other person, which I don’t think you can really define as party per se, unless you’re using restaurant terminology, like ‘a party of two’. 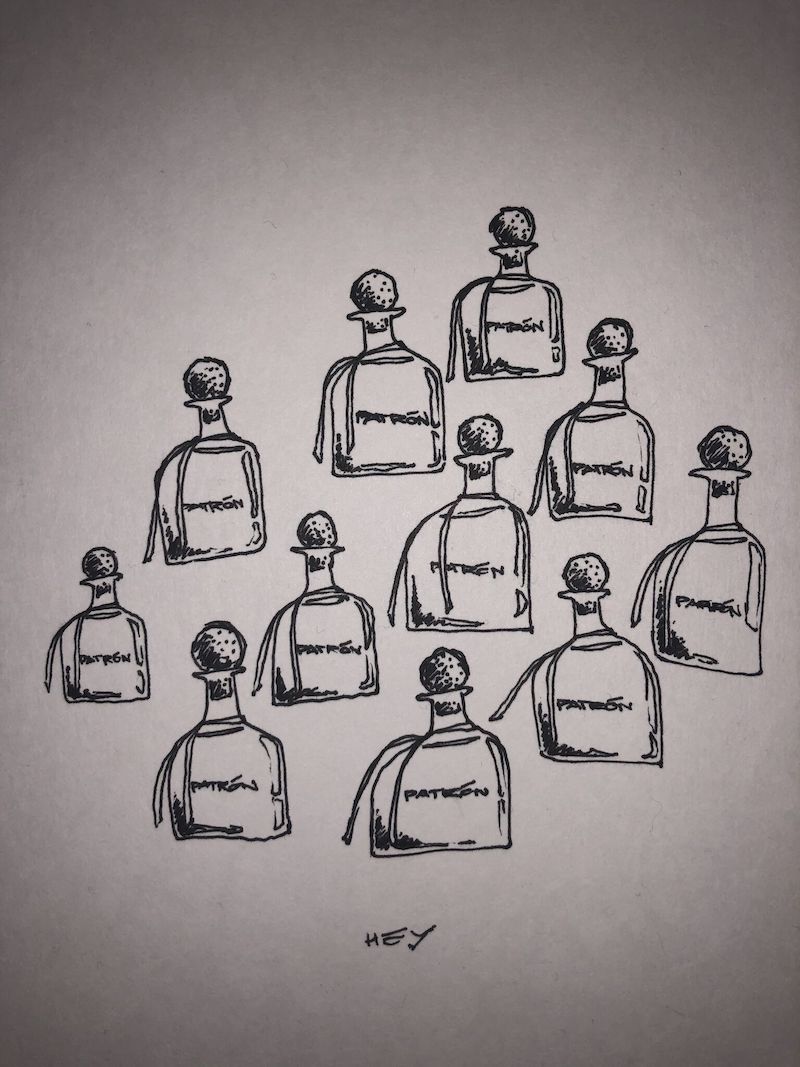 RUNNING UP THAT HILL

This is a Kate Bush song that I did a version of because lyrically it felt like it summed up my own situation, which was kinda therapeutic in a way. Plus I love her music and especially ’The Sensual World’ album, which this song is not on, but if you get a chance you should listen to that album. Love and Anger is a special song. 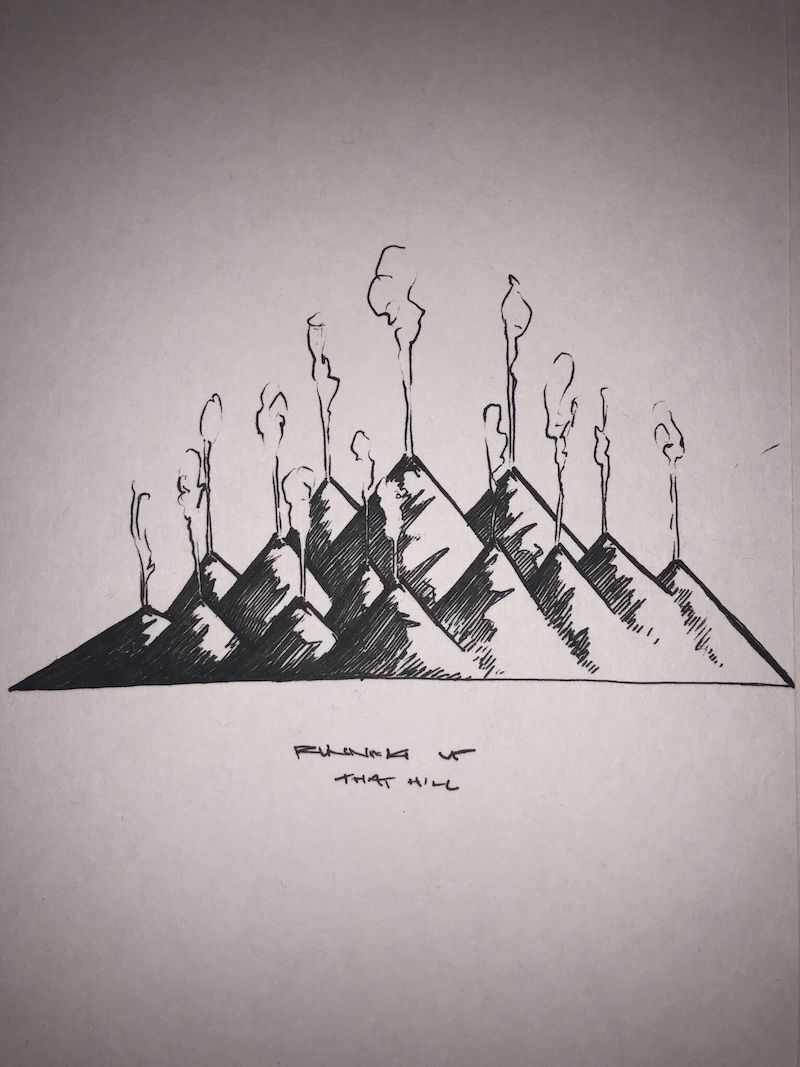 FOR YOU - LOW LIFE

This is a song about a strained relationship that isn’t yet past the point of no return. I like to think that there is some sense of hope in the music I make, even if it’s about a seemingly hopeless situation. This song is basically two songs in one, where the first half is a little negative and the second half is a little more positive, though the title of the song kinda makes you think the opposite. I’m gonna pretend that was intentional. 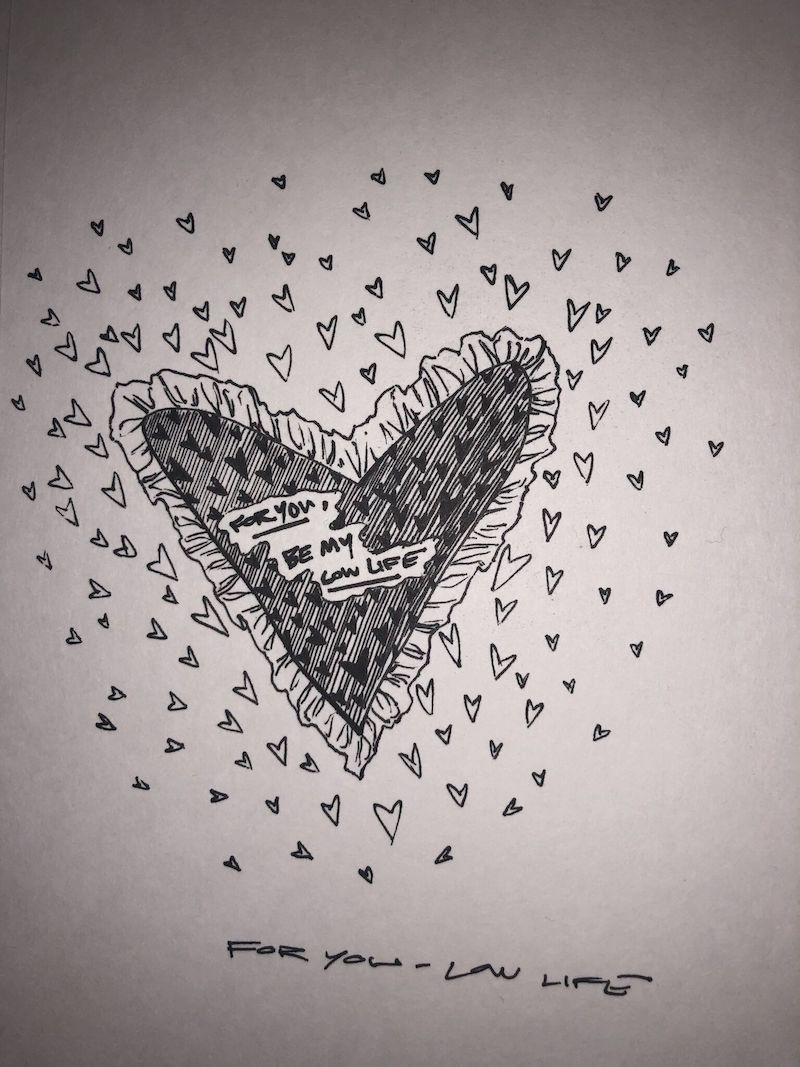 This song contains my favourite lyric about crying that I’ve written so far. Also the main guitar part in this song is impossible to play - I had a friend come and play random one-shots of chords without thinking about what key they were or how they might fit together. I had to pitch shift all but one chords to get them to all work together, which is why they sound kinda artificial. 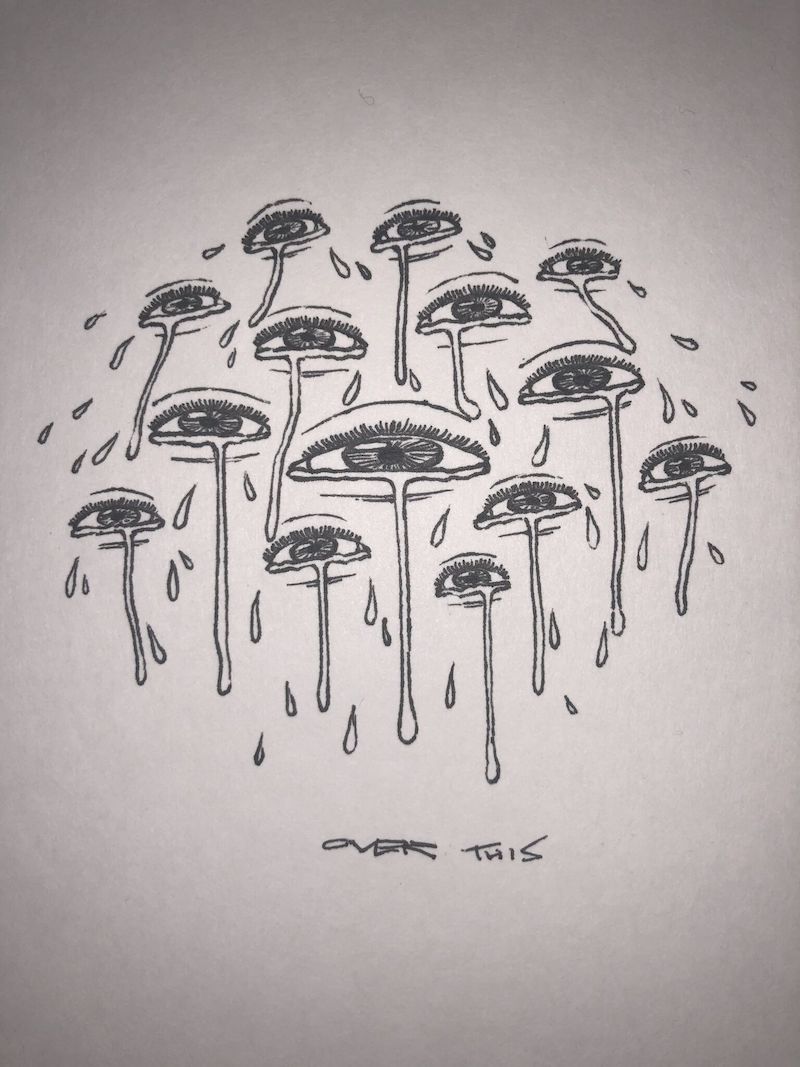 Probably the biggest downer on the EP, but I quite like this one. I doubt it’ll get a lot of shine, and it’s pretty murky sounding, but it has a super loud guitar solo at the end, so there’s that. This song was resurrected from an outro to another song that didn’t really work out. I turned that outro into a first verse and then wrote the rest of the song in an afternoon, sometime in 2016. This song is about commitment issues. 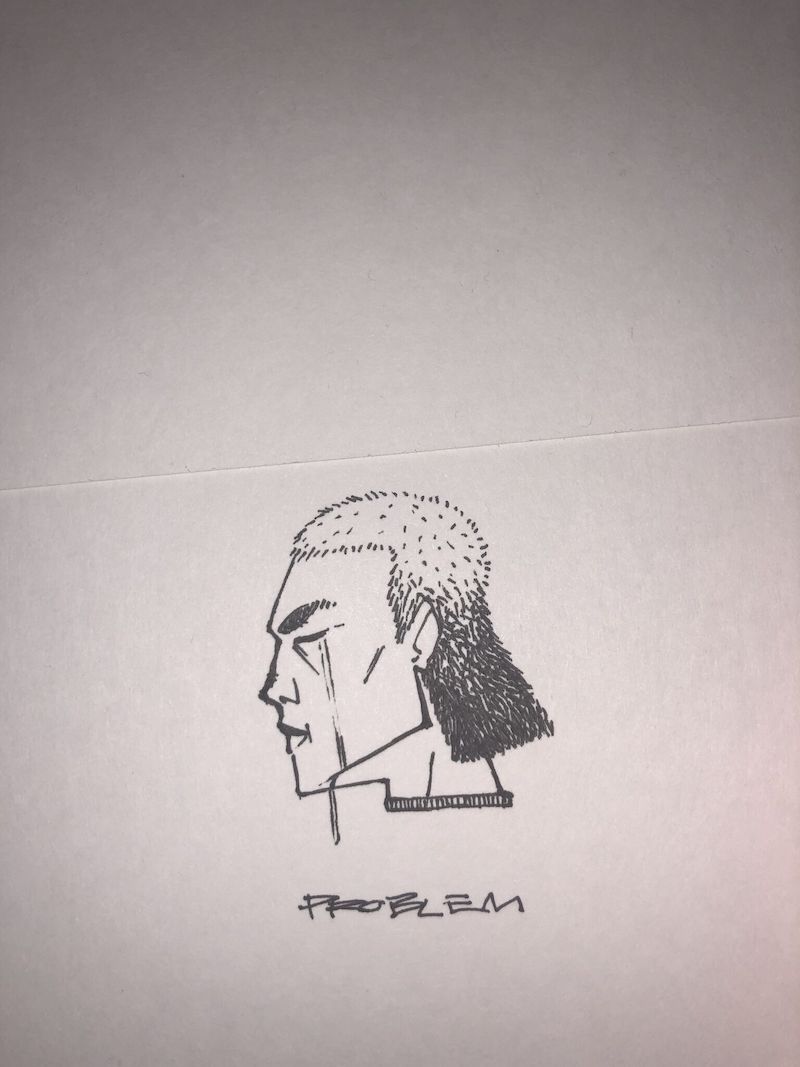 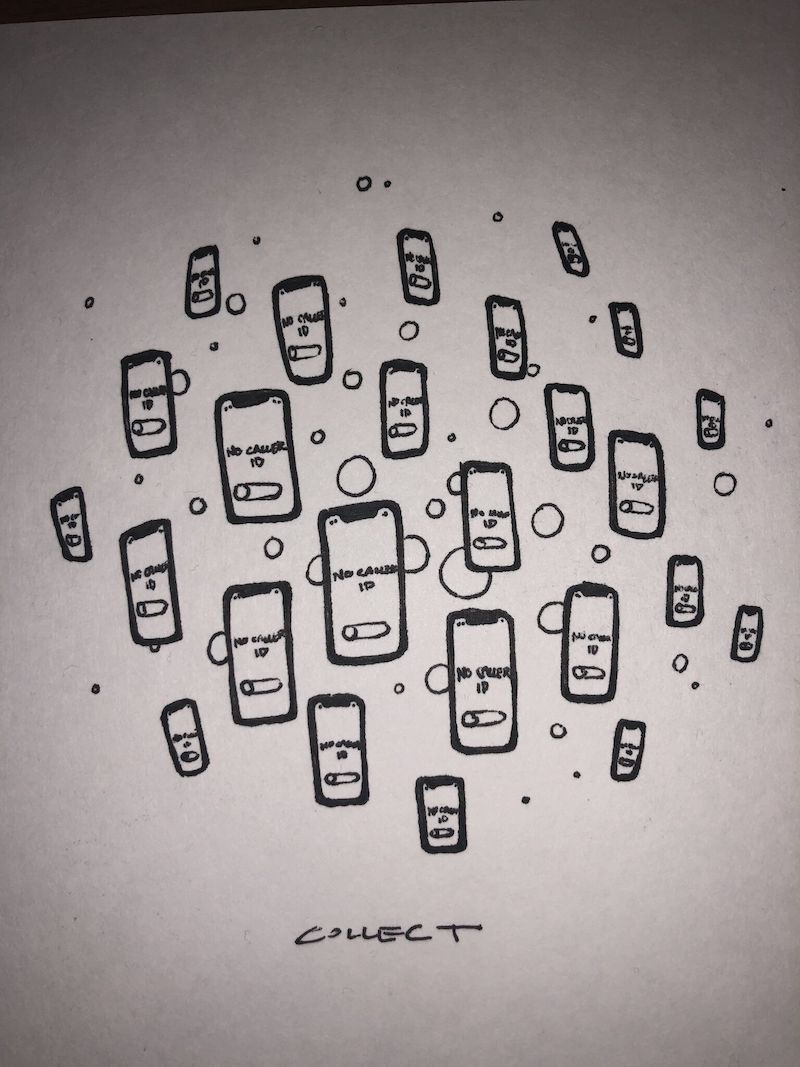 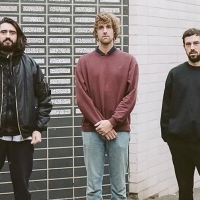 Electric Feels: Your Weekly Electronic Music RecapThe best of the electronic world in the past week, including Retiree, Mark Ronson and Diplo's Silk City, plus more. 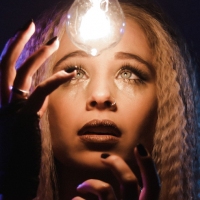 Premiere: Sammi Constantine returns with her first single of 2018, Feel Your BodyThe rising Sydney-based musician should definitely be on your radar if she isn't already.
Electronic