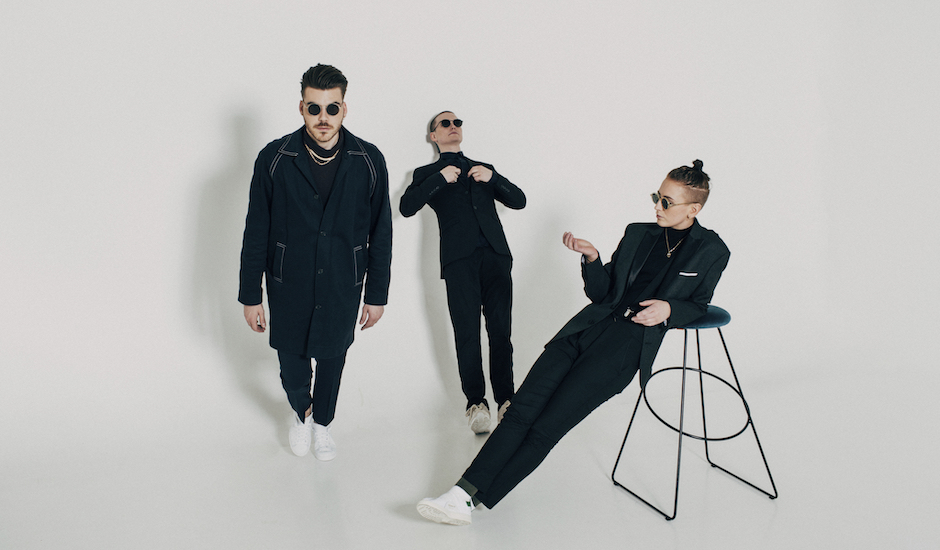 While their isolated, Iceland home country means their music has largely yet to make its way to Australia, rising electro-pop three-piece Vök are a group you should definitely check out. Initially breaking out way back in 2014/2015, the Reykjavík-based trio shined on their debut album Figure back last year, an album they've been writing a follow-up to ever since. Over the year, the band have been relatively heavily teasing the record with a pair of singles - Autopilot and Night & Day - but with their third single, Spend The Love, they affirm their position as an international act to get on board with, announcing their second album in the process. Written between Reykjavík and London's Notting Hill with Lewis Capaldi collaborator James Earp, In The Dark is set to see the band dive into - and experiment, slightly - on their catchy, electronic-backed sound when it arrives on March 1st next year, that is, if the album's lead single Spend The Love is anything to go by.

Originally written as an upbeat, club-centric 'gay anthem', Spend The Love is a lively and animated take on Vök's often dreamy electronic sound, combining a bouncy production that'll knock you off your feet with the hazy vocal of frontwoman Margrét Rán, who carries these thick pop sensibilities in her soaring vocal. "Originally written to be a gay anthem song, Spend The Love is our new dance song which tackles the theme of anti-consumerism," says Rán on the single, which you can stream while you better meet the band below. "There is a humour in it and a hypocrisy. We thought it was ideal to release it prior to the holiday season! Spend your love, not your money!"

We are Vök. We come from Iceland. We spend a lot of time drinking copious amounts of coffee and in between, we like to make music.

Dreamy, electronic, pop. Our themes are often quite negative and we frequently tackle quite emotional topics, but at the same time, we like to make dancey tunes. You could say that we write sappy songs! One person described this new album as “sad bangers”.

The writing process normally starts in Margrét’s (vocalist) computer. She’s the main beatmaker of the band. We go from there and often collaborate on lyrics, production and themes together. We try to allow each song to have its own character, its own theme. We find it’s best when each song gets a life of its own and is able to exist independently.

Can you tell us about your new single, Spend The Love?

Spend The Love is a song that we didn’t originally plan to end up on this album. Margrét wrote the initial hook when she was trying to write a “gay” anthem and from there came the initial idea - Spread the Love. When we started collaborating on it; writing lyrics and finding a theme, the song took a twist and became about anti-consumerism. “Spend your love” meaning “Spend your money”. It’s quite convenient now with Black Friday having been just last week!

It’s the new single from your new album, which is due out next year. What can we expect from that record?

On our new album you can expect punchier and more upbeat songs than we have done in the past. There are a fair bit of 80s vibes for sure. Margrét’s voice is as prominent as ever! The lyrical themes are quite dark and depressing for the most part. We tackle some personal and sensitive issues on this record; everything from disappointment, resentment and dishonesty to dealing with insecurities, heartbreak and fear.

We will be touring Europe in February, March and April. Announcing the tour very soon, keep your eyes peeled!

We are gonna learn how to play our new album live! It’s always a bit of a challenge when you are a studio band to bring your songs to a live setting, but it’s such a good feeling when it clicks!

You can see the videos for our two last singles - Autopilot and Night & Day on YouTube! We also have our tracks on most major streaming services! We also have this great website :) 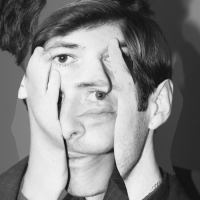 Get to know Australian/German duo The Nice Nice, and their cruisy blend of indie electronicaThey've just dropped a delightful new single, Miss Me Sometimes U Do. 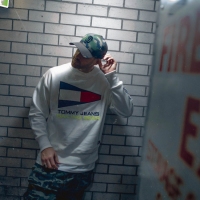 Introducing Lowdown and his Tchami-approved new EP, The 411 Vol 1The Gold Coast-based producer's new 2-tracker is out now on Tchami's Confession label.
Electronic