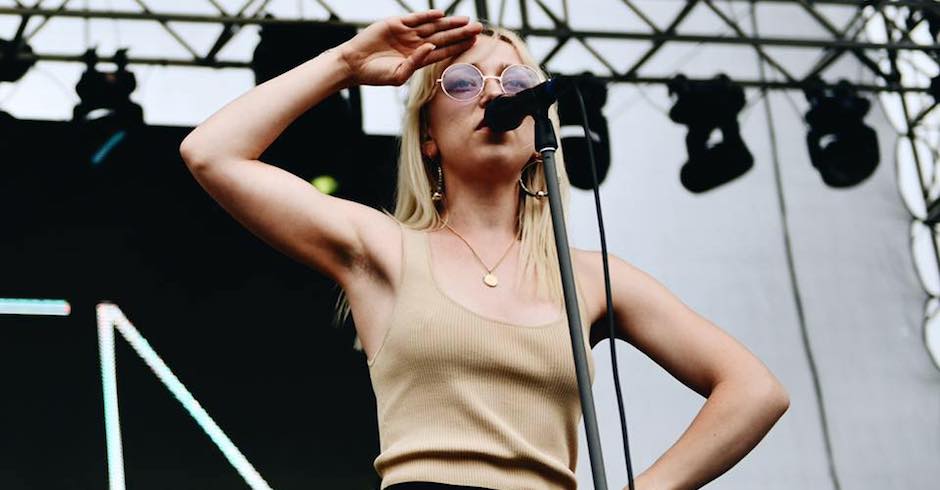 Whilst Flume may have taken most of the week’s spotlight with his experimental Skin Companion II EP, there were a whole heap of other solid releases this week – from Australia and beyond. Among these was Asta, a Tasmanian singer-songwriter who won triple j’s Unearthed High competition back in 2012 and since, has captivated the airwaves with a whole round of singles and collaborations. Her debut EP Shine also arrived on the Friday and despite being relatively safe for an electro-pop EP, it does the job well. Over the EP’s five tracks, Asta showcases her charm and talent as Australia’s answer to some of the world’s big, upcoming popstars – with tracks including the EP-opening Doin’ What You Want and Shine demonstrating this vocal dominance over easy-to-digest and radio-friendly instrumentals. The retro-inspired shades that sit beneath each track definitely give Asta an edge of uniqueness, but it would’ve been cool to see her experiment a little between the tracks even more, just to really nick-pick a bit. But aside from this, Asta’s debut EP is a really solid one, and a bright glimpse at the future ahead for the songwriter and vocalist.

There were a couple of other really stellar EPs and albums released this week too. In particular – Animal Collective, Tourist-collaborator Will Heard and Darcy Baylis.

Tennyson and Mr. Carmack are both legends of the underground electronic music world, but in very, very different fields. The former, who are set to bring their live show to Australia soon, are known for their smooth, slow-burning singles, quite distant from Carmack, who is more known for his heavy-hitting trap originals and remixes. The two parties have somewhat-strangely united for three singles at the hands of Red Bull, and the best of the lot comes in the form of Tuesday, a soulful, hip-hop leaning single that pulses with the Soulection feels that Carmack originally grew popular on. Tuesday is a vocal-less instrumental, but the unstoppable, soulful edge that grooves throughout the song is packed full enough flavour that the need for vocals to add that extra touch is totally unneeded here. Whilst Tuesday is the stand-out for me, the other two tracks are pretty impressive too, and definitely worth checking out whilst you’re there.

All it takes is one quick search through our site to find our love for Sydney house duo Human Movement. They’ve constantly impressed with heavy, four-on-the-floor techno singles and remixes, a rare feat in the more bass-craving music world of Australia. Their new single Right Thang just arrived through esteemed French electronic label Kitsuné (who are currently repping Tkay Maidza and Young Franco on tours through Europe right now), and to be honest here – it’s an absolute jam. It’s the most sophisticated and refined single to date, switching out their dense techno pulses for a more funked-up sound, matched with a ripping vocal guest feature by Eliot Porter which adds a touch of melody to the single’s otherwise fairly straight forward production. The real winner in Right Thang though is that bassline, which throbs with an unbeatable funk rhythm underneath the bulk of the single, not to distract from the vocals, but to give Right Thang that extra edge in coolness it needs. Australia better be kind to Human Movement, because with the way they and their productions are heading, it won’t be long before they pack up and head off to a European techno mecca or something.

Underrated wouldn’t really be a word I would use to describe Sam Gellaitry, as he definitely has a legion of passionate fans out there, but it’s more so why the hell isn’t this dude Flume sized yet? The young, British beat-maker has become one of the rising forces in the ‘Soundcloud scene’ alongside acts such as Mr. Carmack, dominating with productions and remixes that move between experimental trap and future-bass to disco-tinged house edits, depending on his feel at the moment. He’s an incredibly versatile and talented producer, something that this week was further cemented with Jungle Waters which, to be honest, sounds like something lifted straight out of a Disney movie soundtrack. Opening with a classical, symphonic melody and glistening samples, Jungle Waters takes you to a realm where no other Soundcloud artist dares to go, only to rip you from the relaxing, smooth world of classical symphonies and place you into more a tribal, ominous one with the track’s unexpected, yet welcomed breakdown in the middle. It’s the first single from his forthcoming Escapism III EP which is definitely shaping up to be one of the best, and most hyped, for 2017 with Jungle Waters. But I think the question on most Australian fans’ minds isn’t whether the EP will be good or not, but instead whether or not 2017 is the year we finally see him on our shores. Listen Out Festival, I know you’re reading this.

With names including Sachi, Quix and Montell2099 already came and conquered, Australia’s bass scene is in dire trouble of being over-taken by our New Zealand neighbours. ANKA is another force behind this, with the Auckland beat-maker exploding into the scene with Alpha – a new, bass-heavy single that has already gained him fans in Adidas, and others too. Alpha growls with a dominating, hard-hitting bassline that roars underneath staccatoed plucks and pinches of melody and perfectly-placed sampling. It’s a track that’ll be right at home in a flashing, strobe-lit club, with an unbeatable energy and power to it that drives the track’s simplistic, yet effective feel, without coming off too in-your-face – exactly what I look for in a trap production nowadays.

It’s 2017, and there are people in Australia who are still unaware to who exactly Oscar Key Sung is. Unbelievable, right? Whether it’s tracks with Oscar Key Sung, or touring as a live vocalist with The Avalanches on their recent Falls Festival and sideshows venture, or the dozens of tracks and remixes that litter his Soundcloud, Oscar Key Sung is one of the most in-demand, and most exciting vocalists in Australian music right now. The Melbourne song-writer and producer dazzles on his newest track Shallow, showcasing this talent for song-writing with a tropical-shaded, percussion-led instrumental that grooves beneath and echoed, gloomy vocal line sung by Oscar himself. I’m unsure whether it stems from the vocals or elsewhere, but Shallow has this beautiful emotional touch to it as well, hidden behind the track’s up-beat and carefree instrumental in such a way that it takes a couple of really in-depth listens to expose. Amazing. 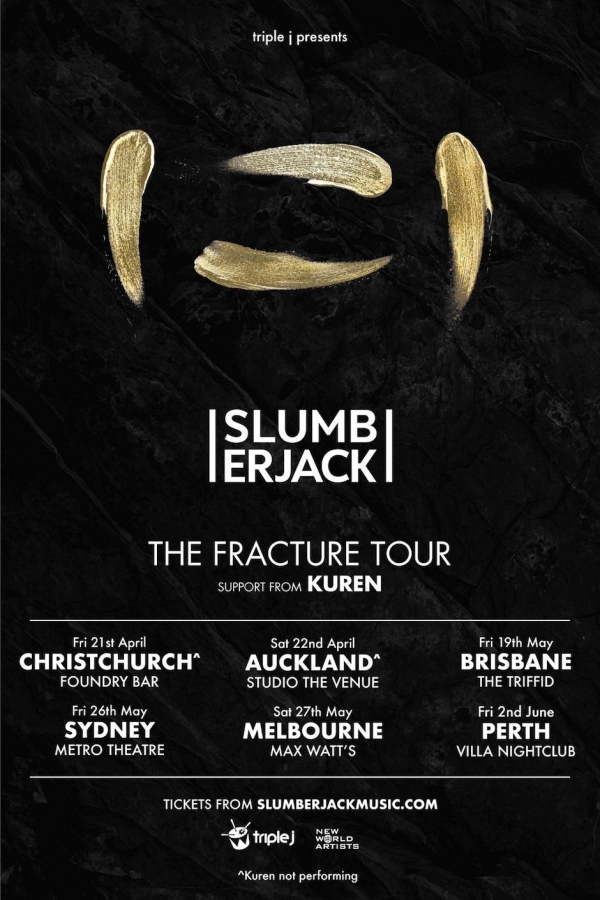 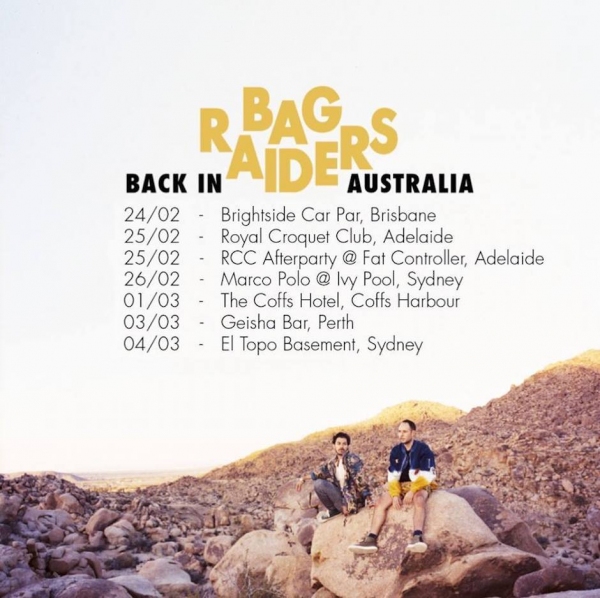 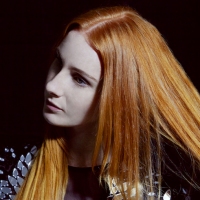 Vera Blue switches things up with her new single, PrivatePrivate is the first single from her forthcoming debut album, and comes with a whole heap of Australian tour dates. 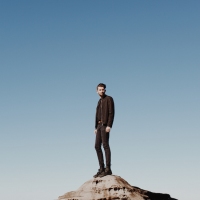 Premiere: Listen to On The Outside, the hypnotic new single from Brisbane's TinkerFeaturing an anonymous vocalist and a heap of feels.
Electronic