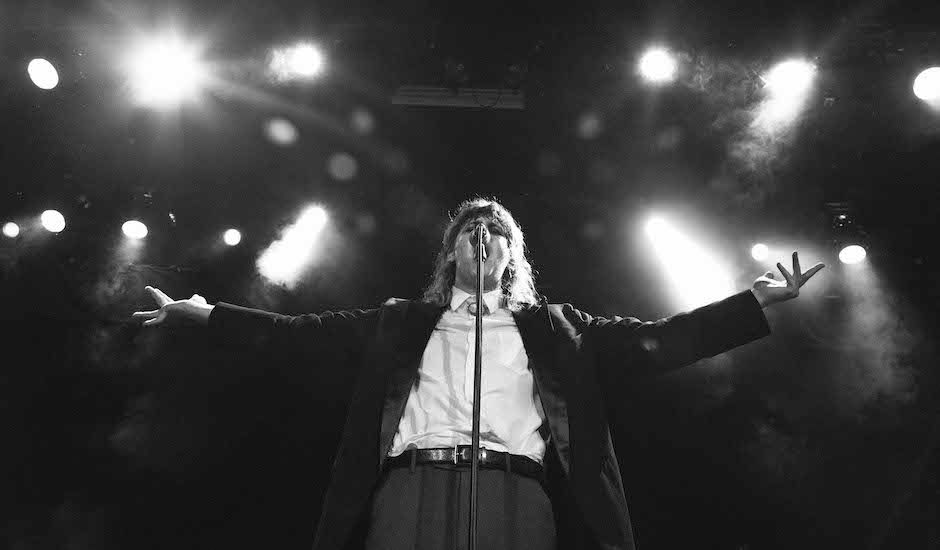 Over the last year, Johnny Hunter have emerged as frontrunners of Sydney's rock scene's next-generation, with a consistent stream of singles since their 2018 debut One Of A Kind setting them apart in their theatrical approach to energetic Australian rock and its many pockets of brilliance. With the singles that have followed since - 1995 and Cult Classic last year, followed by Ashamed and now Pain & Joy this year - it's something that they've doubled down on time and time again; viciousness and fierceness meeting the larger-than-life energies of classic rockers like Iggy Pop and David Bowie as they continue.

They're also a bunch of incredibly creative people in the video realm too, with the Sydney five-piece using their addictive indie-rock as vessels for some of the year's best local videos. Take their clip for Ashamed for example, which when it premiered on Pilerats earlier this year, arrived with a stand-out video clip filmed at The Lansdowne's famous unisex bathroom, cramming forty close friends into a tiny space with some pretty hectic results. "[It's] an introspective attack on the budget-grade hedonism that is known all too well amongst the punters of a dying Sydney nightlife, Ashamed is the band’s admission of guilt, as well as a barking indictment of all those around them; a top-down testimony of Sydney’s slow decay," the band said on the single, taking it to that next step.

In the latter half of 2019, as the band looks set to support Press Club around the country across the next month, this is seemingly continuing. Pain & Joy, their latest single, is a crafty three-minutes of what exactly Johnny Hunter do best: thick guitar riffs that somehow are cut through with the passion and energy of their frontman Nick Hutt, mixed with an outcrying theme which prove - yet again - that their music is more than just a punch of theatrical energy which consistently stands out. "Pain & Joy is a struggling fervour, on the brink of release to either a total submission or radical outcry," they say on the single. "Selfishness and selflessness spar for first place against a backdrop of heavy futility, and no promise seems to last. For the times when the burden of it all is so tense that you cannot think how to rise above, let this be your call to action, wherever that may lead."

It arrives with an official video clip which is somewhat of a happy accident, with director Tyson Perkins taking what was meant to be a small, one-off shot that captures that aforementioned passion of their frontman Nick Hutt, and turning it into the whole video clip, as they explain: "The video you see now is actually a big accident. What was only intended as a cut away scene in the grand scheme of things quickly became the whole clip as we felt it was a true representation of Johnny Hunter and Pain & Joy."

It's a brilliant track, so dive into it and its video below, and then catch them on tour with Press Club across the next month - full dates here. 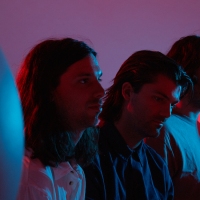 Tracking Turnover’s ever-changing sound, one record at a timeOnce heralded as a band breathing new life in pop-punk, Turnover are now anything but - and it’s been a slow, gradual shift. 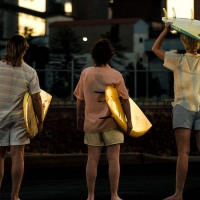 Premiere: SCABZ drop the clip for Feel Good Summer in the midst of AU tourThey're currently in the middle of a big ol' national tour, with plenty of dates still incoming.
Bands