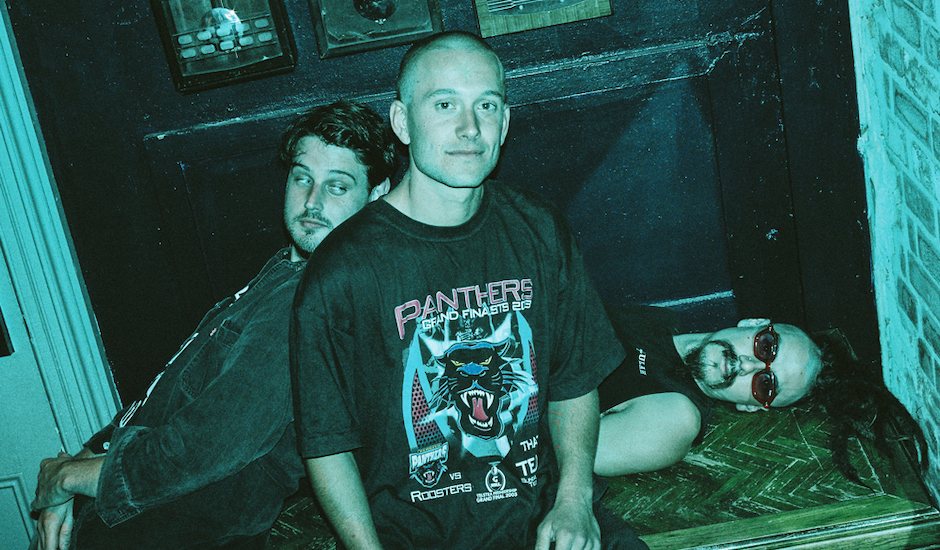 If you're in-tune with the Australian punk world, there's a chance you've probably come across dave in the last few years. Not just any ol' Dave, but rather dave the band - the Newcastle-based trio who since their arrival back in 2016, have edged their way into the limelight of Australia's punk world and how it looks and sounds in the future; somewhere dave the band are more than likely to find themselves flourishing in.

It's not too hard to work out why, either. Since their debut EP back in 2016, the rising trio have proved unstoppable, using a string of EPs since - a second in 2016, and another in 2017 and 2018 - to not just showcase their signature sound, but show how it's capable of drifting and aligning itself with their many influences; the band's versatility making itself known as they move between your classic, ruckus-inducing punk sound and moments that teeter into other genres: alt-rock, shoegaze-rock, post-punk and the list goes on.

In the past twelve months, however, the group have really stepped it up. With their 2019 single Ultrahard, the trio weaponised their explosive punk and used it to take a charge into the spotlight; a pacing and slick take on their sound moving them closer to the upper echelon of local punk's next generation, all while showcasing the grit and dirt the group's hard-footed, guitar-wielding sound. Then, came in this year's Get Smart, a track that opens a little slower but quickly descends into a percussion-drenched mix of alt-rock, pop-punk and even 90s-esque grunge, all mixed together with that distinctive dave the band touch.

As it turns out, these two tracks form an introduction to the group's forthcoming debut record Slob Stories, which is sure to further spotlight the anthemic qualities of dave the band's work amongst explorations of where they can go in the future; their first foray into the long-length format giving them the room to move and experiment a little as they go. In the meantime, we're here to premiere the next track of their forthcoming record in fine!, a blistering and raw take on dave the band that sees the group at their most earworming and catchiest than they have been in a while.

It's a straight burst-out-the-gates number that doesn't slow down at all, with a quick-paced percussion section and driving bass keeping things in check as vocals and guitar fall around it; the latter really making itself known prior to the final chorus as a head-spinning solo welcomes the group's skillset with the guitar into the spotlight. It also sees the group descend into a bit of a grungier sound, something they've experimented with in the past, going more-so into now as a result of their time working with Nirvana/Pixies producer Steve Albini: "If we could have one person in the world record us it would be Steve Albini. So I just emailed the studio, they replied, gave us the dates, and told us to pay a deposit and it’d be locked in. We just did it."

"Fine! is my idea of what it sounds like when you’ve got a million things running around your head and you’re telling yourself that it’s going to be OK when you know it won’t," the group say on the single; that feeling of a million things rushing through your head almost coming to life through the single's dominative pace. "It’s like a cathartic release when we play it live and it felt the same when we tracked it in the studio. I’m pretty sure we did it one take."

Slob Stories is out later this year, but in the meantime, take a dive into dave the band's new single fine! below, premiering on Pilerats ahead of its official release tomorrow: 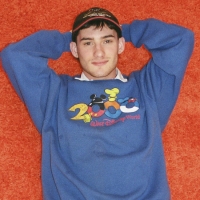 Get to know Charlie Burg: Brooklyn musician, Frank Ocean fan, and one to watchThe Detroit-born musician's new single, Channel Orange In Your Living Room, is an aplty-titled celebration of a great album. 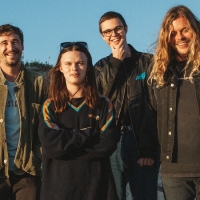