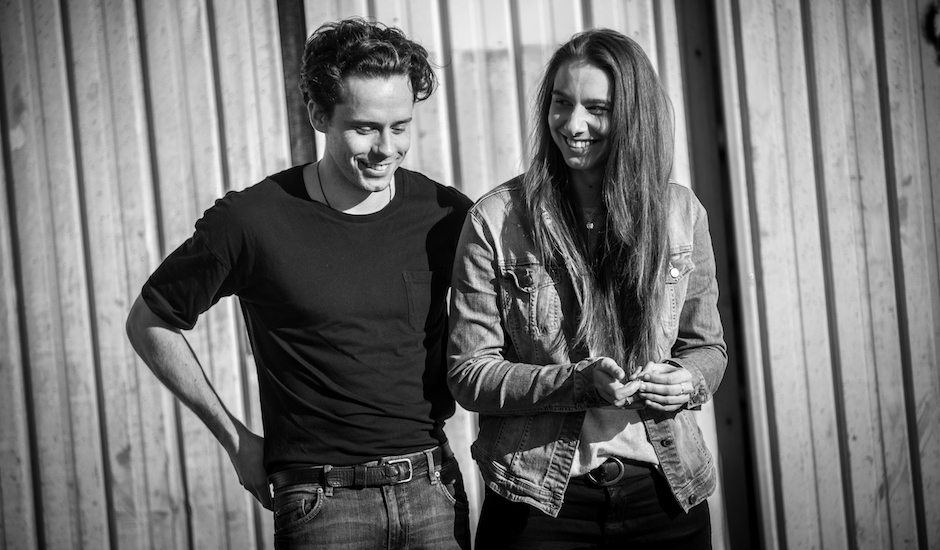 Seattle Fix are the combined powers of Olivia Puchalski (guitar/vocals/synth) and Luke Burns (drums), and together they're making some luscious music in the realms of post/indie-rock and shoegaze. There's been a few great singles from the duo, and latest effort Stone might be their best yet. A soaring anthem in the vein of The xx and Warpaint, Puchalski's gentle guitar and vocal work combine to perfection with Burns' rumbling percussion for a sound to get very excited about.

Ahead of their single launch on April 6 at The Grace Darling, we sent them a few questions to get to know them a little better:

We’re both from the eastern suburbs of Melbourne but we never properly met until we started playing together.

Luke: Both of our bands were in the same battle of the bands competition, a long time ago. After seeing her play I thought… ‘she’s alright’. When I left my old band I immediately asked her if she knew of any bands looking for drummers, really just wanting to play for Seattle Fix, haha! I had actually met her randomly at a house party when were like 16 and had on her Facebook since - that’s how I knew who to look up.

Liv: At first Seattle Fix was just a solo creative outlet for me but I soon began playing with people from school. My favourite band was Muse and I tried so hard to be like them! I was really in love with music, it was a great start. When Luke got in contact we had an awkward jam session but it was cool, we seemed to click.

After a while, and after a few different members came and went, we settled as a duo and began properly writing music. We think we make quite a lot of noise for two people.

We like to say it’s a mix of indie, shoe-gaze, and post-rock, but we honestly never know how to describe it exactly. We draw influence from Daughter, The xx, Tycho and Warpaint to name a few. There’s a lot of ambience, lots of driving drum sections. Sometimes it’s a soundtrack for space; sometimes it’s good for dancing; sometimes it’s epic and other times the song swells like a dreamscape.

Liv: I usually put something together on my own, a demo with a bunch of different instruments as a starting point. Then we get together at band prac and experiment with the track, trying different structures and progressions until we think we have an okay song. It’s very collaborative between the two of us.

Luke: We grew up listening to some very different music and still do, and that comes across in our writing process. We’re bringing together a lot different influences as well as some common ones. We feel like that’s a real strength. Of course, sometimes we have very different ideas about how a song should go but most of the time we see the same ending and go for it.

Can you tell us about your new single, Stone?

Luke: We wrote Stone late last year and really pushed ourselves to up our writing game. We went through a couple of different drafts but we always liked that interesting "Ooo-woo" vocal line. We worked with Damien King Charles (Gotye, Hiatus Kaiyote) in the studio and that was so fruitful, he gave it the polish it needed and gave us some great advice in the process.

Liv: Lyrically it’s important to me too. It’s about finding the strength in yourself to persevere, even with the struggles you face every day. Sometimes I feel you never even know you have it in you to get through, but it’s there. Parts of it were written during some trying times. We definitely think it’s our best song yet.

Apart from the shows booked in the capital cities we’re looking forward to recording more music. We have a bunch of different songs that we’re keen for and more that we’re still writing - we’re full of ideas at the moment and can’t wait to get it all out there.

We’re on all the different online platforms: Spotify, Bandcamp, triple j Unearthed, Soundcloud, Apple Music, YouTube all of it! 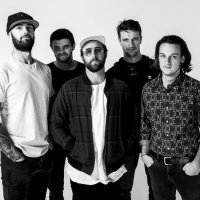 Premiere: Meet The Sea Gypsies and their life-affirming new single, StrongerThe Central Coast lads are about to embark on a big tour as well. 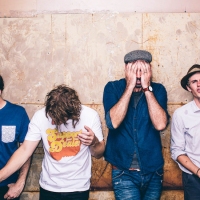 Silent Feature unveil Genius, the first single from their forthcoming debut albumWe sent the gents a few questions to find out a little more about what's coming this year.
Bands