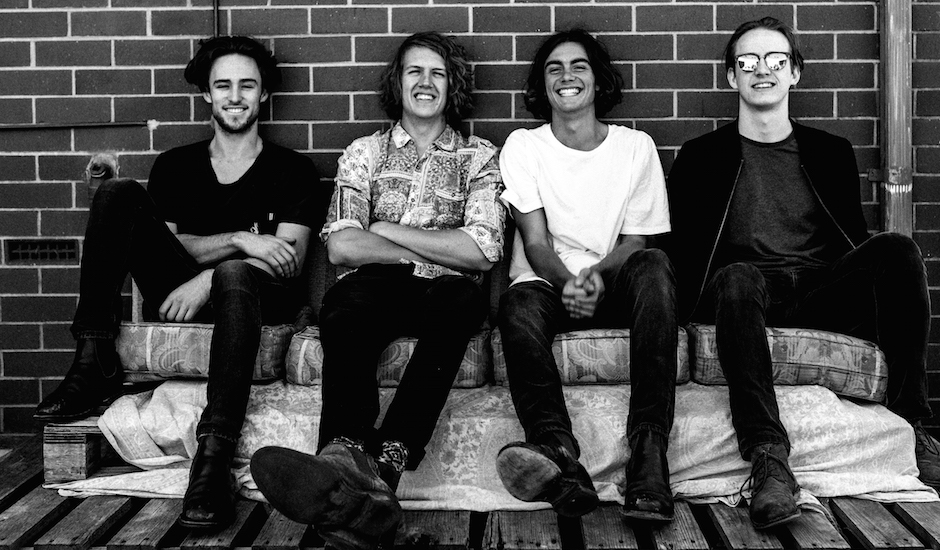 Mt. Cleverest are a Perth-based indie-rock four-piece channelling the vibes of Brit-pop faves like Arctic Monkeys and The Kooks, and their debut single That Girl is as good a time as you might expect when mentioning those names. With the addition of their current drummer last May really solidifying the group, they're ready to get the ball rolling. We flung 'em a few questions ahead of the single's launch this Friday May 19 at Jack Rabbit Slim's (event info HERE):

Mt. Cleverest are made up of Tom Beech on bass, Max Hutchings on lead guitar, Christian Mechler on rhythm guitar/vocals and Gab Nash on drums. In essence Mt. Cleverest began when Christian and Max first met, shared ideas about music and pushed each other to improve. They debuted on the same night playing their first ever solo acoustic gig at the Indi Bar in Scarborough. Mt. Cleverest began to take form once Christian and Max decided to work together in attempt to write some songs. In the first sitting something clicked and they had some good ideas bouncing around which was enough to decide they needed to recruit a bassist.

Tom lived on the same street as Christian while they were both at UWA. He also slapped the bass like a fucking lord which made him the obvious candidate. He loved the ideas and was happy to join, instantly adding a whole new level of funk to the mix. He's also the brains behind the name Mt. Cleverest. Gab Nash was the final piece for the four-piece and couldn't have fit in more perfectly if he tried. He joined the team after Christian told him about his new musical endeavor. To which Gab replied, "Dude I play drums!!!"

Energetic alt-rock goodness with a heavy influence from the British rock sound of Arctic Monkeys and the American funk-rock sound of the Red Hot Chili Peppers. Lyrically and vocally influenced by hip hop and rap, all combining to create an eclectic and unique vibe that's both intriguing yet familiar.

Mt. Cleverest have the writing process down to a fine art after three years of heavy collaboration between the main songwriters of the band Max Hutchings (lead guitar, backing vocals) and Christian Mechler (lead vocals, rhythm guitar). Ideas usually start with Max writing some guitar parts which are then shared with Christian who begins to write the vocal melodies and lyrics, often changing the structure of the guitar parts to better fit the vocals and adding new parts all together. When this rough idea of a song is somewhat playable it is then presented to the rest of the band to jam out and further develop.

Gab Nash adds all the drums and Tom Beech creates the bass parts, and both provide unique critiques on the development of the song in order to create the best final product possible.

We've recorded our first single with the help of Andy Lawson from Debaser Studios. With Andy providing a wealth of knowledge in the recording process to guide us, the procedure was extremely easy and natural. After meeting at a rehearsal studio a few days before recording to run through the song and make sure everything was studio ready, we all met at Debaser Studios and got to work. From there we tracked all the separate parts individually until we were happy and smashed the single out in a full days work. After that we began the lengthy mixing phase which involved Andy creating mixes which he sent to us for feedback.

Once we were happy that we had the sound we were after the mix was then sent to Grammy Award winning Brian Lucey from Magic Garden Mastering (Arctic Monkeys, Black Keys) who added his own magic touch to the project.

Can you tell us about your debut single That Girl?

That Girl was a song that Christian wrote towards the end of his solo career a couple of years ago: "I’d just had my heart broken at GTM and couldn't stop thinking about ‘that girl’. On the way home whilst smoking a cigarette the first line of the hook appeared in my mind in a moment of inspiration. After a jam in the shower the entire hook was complete. A couple hours later the chords/riffs and lyrics for the first verse and the chorus were done."

Once the band got their hands on the song it improved exponentially. Gab's drumming suits the song perfectly. Tom's bass line in the chorus are insane and Max's solo is out of this world! That Girl is Mt. Cleverest’s first presentation of their alt-rock/indie-rap sound to the people of Perth. Utilising indie-rock riffs, rolling basslines, banging drums, sensual vocals and a good old-fashioned shred of a solo, That Girl explores the similarities between a love affair and cigarettes.

What are your plans for the rest of the year?

We're extremely excited to release our first ever single and to see where that takes us. Not resting on our laurels we already have studio time booked in July to record our second single.  We plan to keep gigging around Perth and hopefully tee up a West Australian tour towards the end of the year. Until then we'll continue promoting singles, writing songs and playing the best possible shows we can! 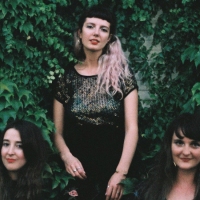 Premiere: Dianas' triumphant return continues with the video for new single, Heart Of MeThe now Melbourne-based trio are back in full swing for 2017. 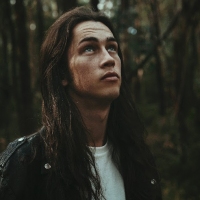 Introducing Didirri and his soothing new track Blind YouThe incredible, Melbourne-based musician is someone you have to meet ASAP.
Bands