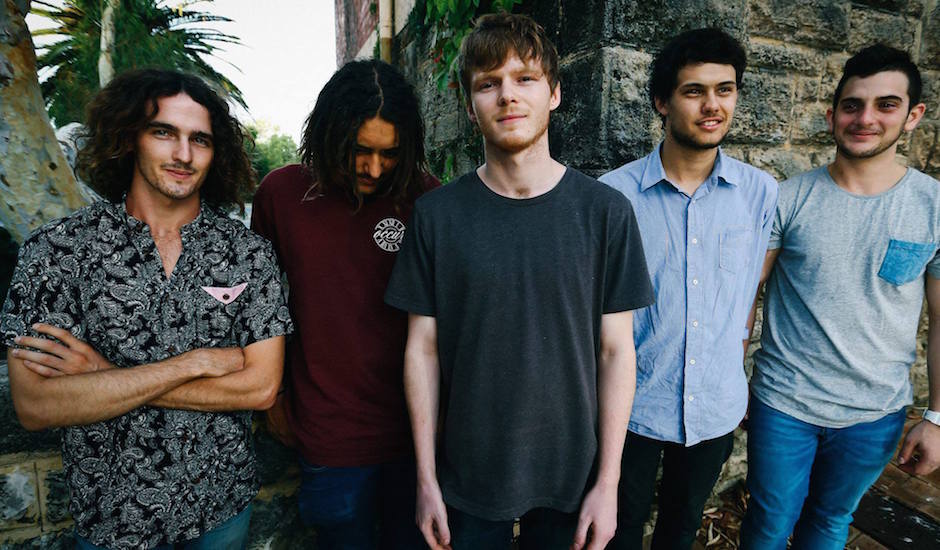 Oakland are a dynamic young band out of Fremantle, Western Australia that is starting to develop quite the loyal following amidst some rousing reviews - one of them from this very site when we were fortunate enough to premiere their single Into The Sea. With a comparison that would make any indie-rock fans mouth salivate triple j’s Zan Rowe has likened them to The National. It's exciting times for the band that has evolved dramatically in the past year after supporting Sydney based Gang Of Youths, and their popularity is once again on the rise with great sales of there recent EP, which was released on July 17 and launched on July 31 at Mojos Bar Fremantle. We had a chance to sit down with lead singer Alex Cooke after the gig to see what he had to say about the band's recent development.

So Alex thanks for taking the time to have a chat what’s been going on?

No worries, yeah not a lot man just working on this EP and writing music.

Sweet, what other bands are your biggest inspirations behind Oakland?

We all really groove on The National. Trying to move away from that a little bit but just really like what they stand for. We really like those dour tones, but we try and keep it as upbeat and intense as we can.

Yeah cool, you can definitely hear that. What's the inspiration behind some of your lyrics?

I always write kinda darker sounding stuff. When I’m happy I don’t need to write it's just when I’m down I really find it can be therapeutic and I think that’s what music is about.

One song that I thought was amazing tonight was Tired Eyes can you tell me more about it?

Relationship bullshit man. Basically it’s about how easy it is to sleepwalk through life and you can just be too scared out of something and you can just drift. So I guess that’s what I wrote the song about is just drifting and being numb.

Can you tell me more about the history of the band?

Yeah Oakland has been around for a while. Previously playing in more pop-punk and indie-pop, in the style of Two Door Cinema Club... It's been a bit of a transition since joining the band because I haven’t written anything like that previously but that pull has been there still and I dig that vibe so we’ve all grown together.

Yeah because previously you’ve done more metal punk in previous bands and even folk in your solo performances - how do you blend that all together?

Harmonically the stuff we were doing in high school is pretty similar so were staying true but we're not doing any breakdowns or stuff like that so its similar in how it plays out but a different pallet of sounds that we're messing around with on this EP. I like to blend it all in with my experience and the vision we have of the band.

Cool so what’s the goal for this band then?

We just want to write songs we’d like to hear. I don’t really give a fuck about making any money haha I mean we sold out the show tonight and sold a whole bunch of CDs, which is fucking awesome. But we still would have lost money haha... it’s inevitable!

Ah the unfortunate reality of the music industry at the moment! I thought the use of the snare drum was interesting with the vocals to create a very eerie but authentic call in the night sound from guitarist/back up singer James Sheehan was great tonight.

James killed it tonight man. James killed it, and it's beautiful to see because a year ago he would never have gotten on stage to sing and now that’s such a big part of our sound. He’s the rock, we’ve been playing together since we were 14 at HQ and he’s so determined and resilient and hopeful. While I just kinda do whatever. Chill and write mostly.

Sounds like you guys are on the same wave length then. What sort of thing are you guys trying to say with your music? How does it speak to your listeners?

Well I’ve definitely been through darker periods of my life but it's left me contemplating some things. Like the wider feelings that are indefinable. I want people to accept the multitude of feelings we have, be they positive or negative. You can’t label them. Like you’re only allowed to feel sad a little bit of the time then the rest you have to be super optimistic about everything. Fucking loving every minute which is a great idea but very impractical. I just kinda want to write songs that aren’t all about being in love or being happy or sad for any particular reason sometimes its okay to feel weird for no reason.

As a fan you can listen to the EP and hear that dramatic emotion that is played out through the lyrics and in true indie-rock style feel the music connecting with your mind, inspiring whatever mood possesses you, whether it be a break-up or enjoying success, this celebration of the senses is a soulful debut of confusion and intimacy. I seriously advise you to get off your arse and go see Oakland as their live performances are pure quality with a real blend of melancholy vocals and beautifully soaring, feel-good guitar backed by an intense snare drum. The onstage character of Cooke is a show in itself as the band comes together in a very entertaining, very blasé style of relaxed indie-rock.

Catch them at the TEIJ single launch at Jimmy’s Den September 5, and supporting Morgan Bain at The Boston October 2. 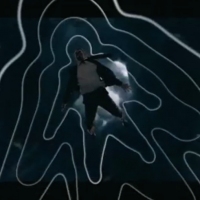 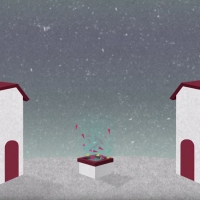 The title track for the Chili Peppers’ upcoming album.