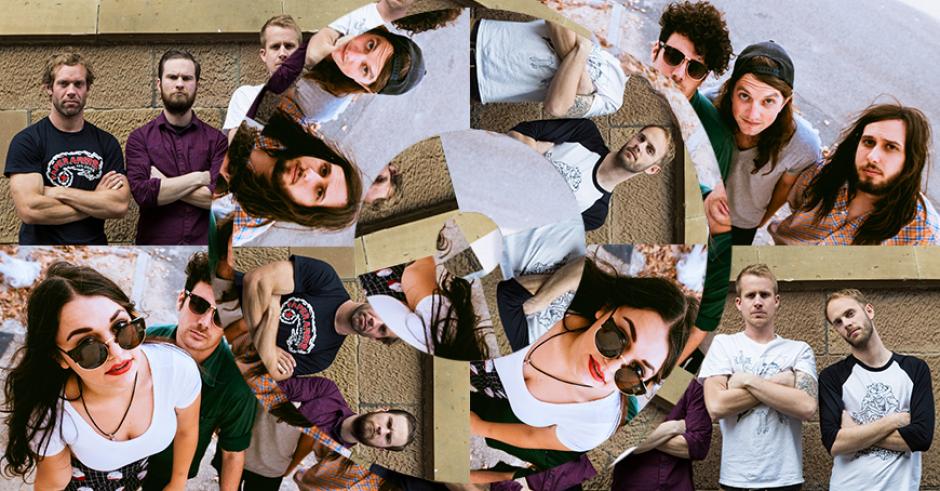 A few weeks ago we posted about WA outfit Tired Lion's new single I Don't Think You Like Me, along with posting a huge run of tour dates that included their own shows, along with supports for The Delta Riggs, Kingswood and the focus of today's feature - Luca Brasi. Since that original post they've also been added to rotation on triple j, and more recently they've just been added to British India's upcoming national tour in celebration of that band's new album (dates HERE).

But back to matters at hand, Tired Lion and Luca Brasi had a little pow-wow whilst on tour together, and this is the result of their chat:

Luca Brasi: In our short history together we've been stoked to see you guys drinking black rats (J.D and coke cans), who's going to hammer these the most on this run?

Tired Lion: Sophie is all about the black rats however I think all the boys are going to be sinking a few tinnies. If JD want to sling us some free cartons I'm sure we'll responsibly promote them on social media and the likes *hint*.

Tired Lion: What is the most outrageous word you guys have come up with? [You know that word that's an 'in joke' and no one knows what you're saying but only you all do]

Luca Brasi: Coming from Tassie no one ever has any bloody clue what we're on about the majority of the time, we get a lot of "smiles and nods" during most conversations. I reckon it'll be the same for Gnarwolves. I can't think of one that we've come up with off the top of my head but the word "berserk" has definitely entered the common lingo right now; getting a lot of run time.

Luca Brasi: I'm pretty sure we were introduced to a band member with the nickname "Shit Rat" in Perth, which member was this and why, Shit Rat?

Tired Lion: Shitt Ratt aka Ethan 'Vinnie The Skins' Darnell is our drummer. The name came about when he used to skateboard and his skater mates nicknamed him. He says it was 'cause he had a really high-pitched voice, was small in stature and resembled a rat. We've taken to the name and sometimes change it to Shitty or Shizz.

Tired Lion: If you could have a super mega awesome backstage rider, what weird stuff would you ask for?

Luca Brasi: We hear about sick stuff all the time, the Soho boys told us about their bowl, scissors and sock rider requests, which is a sick idea. Fresh socks would be so nice to experience once in my life. We're stoked if we get whiskey, beer, Red Bull and water but as a dream; massages, spa, AK47s to shoot out the roof of a limo with a party hole in the roof.

Tired Lion: Which band member is going to crack the shits first on this tour and what do you think will be the tipping point?

Luca Brasi: I reckon it'll be me, I'll stress out when we get lost in a tunnel in Sydney and have a panic attack as per usual.

Luca Brasi: How quickly is this whole tour going to fall apart due to the three bands' obviously alcohol-dependent nature?

Tired Lion: I think likely around the Sydney mark, Nick and Matt have brought Gameboys with them to help unwind and keep some sanity. We're currently sitting at a taxi rank in Newcastle and it seems it may already be heading that way for us haha, except only 'cause of lack of beers.

Tired Lion: When when the last time each of you tripped over and how did it/what happened?

Luca Brasi: I tripped over this morning walking to Uni, I also tripped over on the weekend. After a few days drinking I've been starting to get really dizzy and trip quite a lot, I don't think this is a good thing haha.

Tired Lion: Probably Matt's pool or Dogswamp. There is a place called Dogswamp in Perth... I don't know if you can swim in it but we may try just cause of the name.

Tired Lion: Who has the worst habit on tour and what is it?

Luca Brasi: Danny wearing this stupid pair of slip-on shoes, reckons they're his drum shoes, tried so many times to throw them away.

Luca Brasi: Is there anything in Tassie you guys are super keen to check out while you're here?

Tired Lion: We all want to see a Tasmanian Tiger or settle for a devil as long as he spits and spins around heaps. Basically the wildlife and good vibes. Also Shitt Ratt might be hitting MONA while he is there. 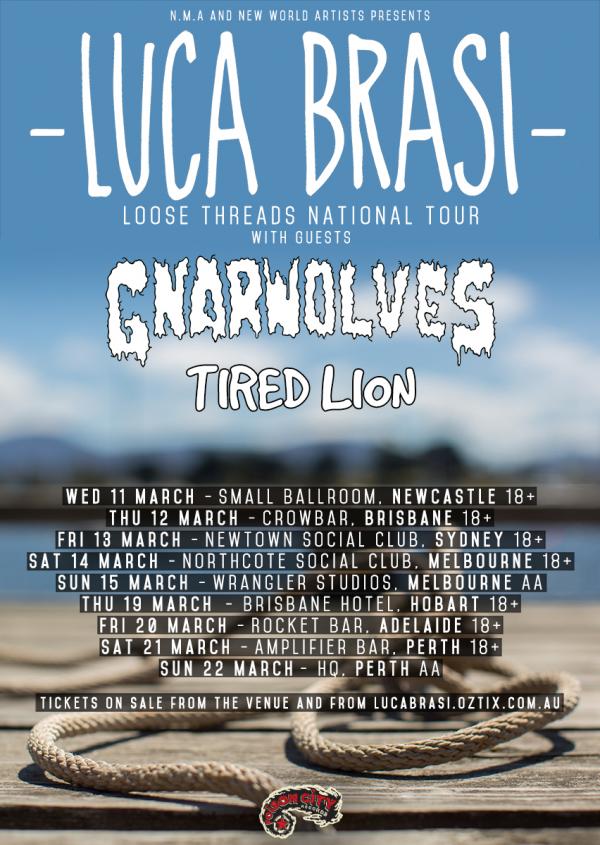 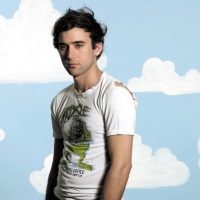 Listen: Sufjan Stevens - Should Have Known BetterSufjan is going back to basics. 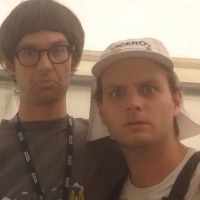