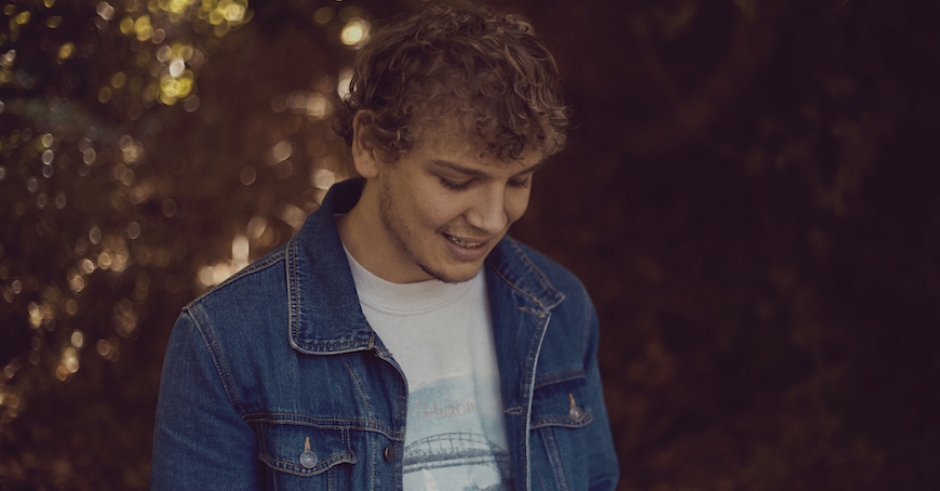 After the devastating news that Snakadaktal had broken up there was a sudden hole within the Australian scene for a solid dream-pop act. Sean Heathcliffe, co-vocalist of Snakadaktal, didn’t really bother to try to replicate what once was but instead slipped on some singer/songwriter boots and formed Kagu. Today marks the release of his debut self-titled EP; consisting of four tracks, two of which we know in Human and Shadow Of The Wind, plus The Misunderstood Judgement Of Stones and Jacob. And sure you can see the hall-marks of Snakadaktal, I mean the guy was the bloody co-vocalist so he isn’t exactly going to change his voice, but Kagu occupies its own space. Indeed, as Liam Apter explores with Sean in one of his first interviews since Snakadaktal; it’s all about writing pop music. But when he means pop; he’s talking about charmers like Sufjan Stevens and M83, and how their lyrics transcend the topics they’re written about allowing anyone to connect with them. It also becomes clear that Sean is a master of quirky similes and could potentially be the nicest guy in the Australian music scene.

Hey Sean! To start with I just wanted to clarify that your first Kagu gig was part of NGV with Alpine, yeah?

Yeah you are absolutely spot on man.

And how was that?

It went well! It was the first gig so we have to work up ah… it’s a bit like muscles you know? So the more push-ups you do the better… I have no idea actually I’ve never done push-ups before (laughter).

It’s a work in progress?

Yeah! We’ve got to a good point which is nice but it’s great to be up there and be confident in each other. It was a beautiful setting and it was a great place to play the tracks. And Alpine are brilliant, we played with them a lot in the Snaka days so it was really nice to jam with them. Just playing to a crowd again was a great experience.

And what’s the live set up? Is it just you or a band?

We’ve got a band for it but with this project I’ve separated live with the recording and writing. Playing live it’s a band type of thing and it’s quite flexible. It’s fantastic to have them, there are a few familiar faces in there and it’s great.

Is it all Kagu material when you play live?

Ah so that’s how you pronounce it Kagu (Ker-goo). Sorry about the mispronunciations!

Don’t worry about it, it doesn’t matter how you pronounce it man. I was saying to someone else today you can call us Foo Fighters if you want (laughter). That’d be pretty cool. But yeah back to the question; It’s just Kagu stuff for the moment. I feel like I should wait awhile with the Snaka stuff. There has been such a change in the way things are and I have such a relationship with those songs and the people. I wouldn’t be playing any of those songs anytime soon. I would love to play them one day because it’s nice to play songs. But for the moment it’ll just be songs I’ve written for Kagu.

On the topic of Snaka what happened after Snaka and how did that lead to Kagu?

When Snaka stopped; it was for a good reason so we are all really close with one and another. I see them all at least once a week or every second week. I see them a little too much to be honest! I want to get them away bloody hell! (laughter) But no I guess after Snaka I always wanted to learn more about music. I feel like I still have so much to learn. Probably about two weeks before we broke up; even though we had discussed it was going to happen I realised that I liked what we were doing. The pop-band kind of thing and I decided I wanted to keep writing. That’s how it happened and then I had ages to write without any pressure. Pressure has always been a big thing for me when I’m writing because when it’s not around it’s so much easier.

You talked about when the band was winding down you still wanted to play but beforehand did you always want to do something like Kagu?

It was definitely never in my head when I was growing up. But I always found writing a relaxing thing; bringing a song into the band and going from there. It’s quite relaxing to make a song on your own. I’ve always really liked working with people and I’ve always struggled on the confidence-side of things to do something on my own. It’s always been out of my head really but I just love writing music and I would like to do more on my own. So hopefully I’ll be doing some more projects with other people, I would like to do that. It’s so much fun and there is so many surprises!

You’ve mentioned a couple times that you want to learn more? Can you expand on this?

I just feel that there is so much out there. I could learn more about writing that I don’t know. Not the fact that I’m young but you learn something new anytime you try out something for the first time. I guess I just want to learn a way that really works well for me or try new things. I love the idea of teaching yourself something new. So yeah I guess it’s based around that.

And do you feel you learn more through Kagu?

Absolutely. There are so many other projects that I want to be apart of and I’m trying to do. There are points in every project that make you think. I like things that are testing, I find it addictive. And then you learn something new and you can put it into songs. Even if it’s the lyrics, I like that.

When Snaka broke up was there an acclimatisation period because Snaka was very well-known in comparison to Kagu?

That stuff has never really worried me but it was quite different going from a lifestyle of Snaka with all those people around you everyday. Really spending a lot of time with a group of people to not, that was the biggest acclimatisation. That was nice though because when you’re not seeing your family you get homesick. But with the growth of Kagu it feels very organic because there is no expectation or pressure from me. And I’ve probably said this a few times but I just want to create.

Yeah you have said a lot that you want to create something and to shift to what you have just created is your debut EP. Is that what you wanted?

Yeah. This EP is just a bunch of different songs because I like jumping on the guitar or piano. This EP is a little mixtape of that. I’m pretty excited for an album because it’s a whole new ball game. I love albums that really flow and have a shape, a flavor or colour throughout them. At the moment I feel like this EP and the next one is a bit like smarties, all the songs are different. It’s a load of fun.

And what was the recording process like? Was it at home or in a studio?

Because of Snaka we would bring songs in that we had individually worked on and then you would finish making it together. And then we would record it and go from there. But with Kagu it was different as I had no one to bring it to so the ideas I had at the start I was able to push them the whole way through. At points I tried to not do that but for the majority I just stuck with an idea. I also had Dan Humme with me, the producer who did Sleep On The Water, he is a great guy and he really listens so it’s easy to get your point across. It was really nice to do it one on one and be able to say what you mean. It’s also a different experience as it took a week to fully record and mix this EP whereas Sleep On The Water took three months.

Yeah it seems like the Kagu EP was very quick in comparison, was that a surprise or did you expect that?

I think all these songs but maybe one of them were pretty much fully formed, it was just finding the sound. One of them I had to spend a little more time on because it was written differently. But it was just a matter of recording them and then hearing them mastered.

What do you mean by writing it differently?

I have a natural way of writing; it’s that very relaxing style that I was telling you about before and it just comes out. Human wasn’t like that; I tried to write it more from the production angle and then the lyrics came after that. I normally do it the opposite way round but it was really nice to do it that way round. It was a new experience which I found fun.

I was also reading through the EP press release and it has a quote stating that you wanted to write pop music. Which you brought up in the beginning but can you expand on that?

I think I’ve realised that my view of pop is different to maybe 21st century pop. When I think of pop music I think of Elliot Smith, The Beatles... that was pop music for me. And groups like Sufjan Stevens, M83 – I look at that as pop. I view something as pop based on the lyrics and the melody than anything else. I love melodies and lyrics especially because pop lyrics have so much freedom for the listener. And I really appreciate that and I feel like it has a lot meaning. It becomes its own thing for each person.

And lastly just to wrap up what does 2015 hold for you?

Well good luck with that man! Is there anything else you want to say that I may have missed?

Nah man, thanks a lot though. Appreciate the chance to have a chat and I wish I could ask you some questions. I feel a bit selfish not asking you anything. 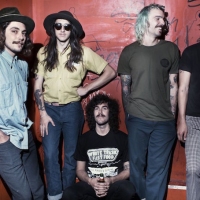 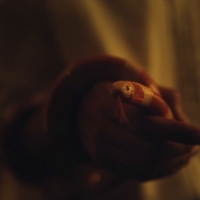