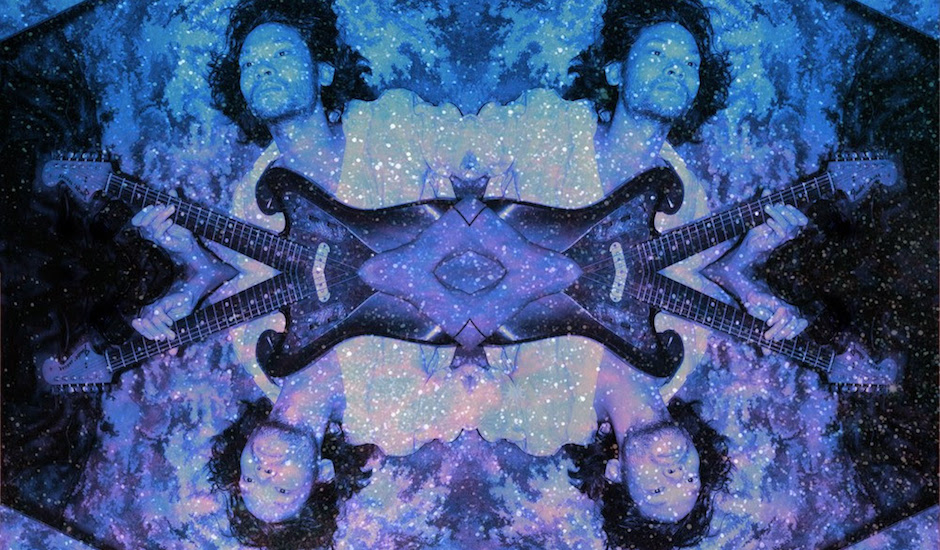 Melbourne's Moonlover (AKA Quang Dinh, formerly of Little Red) is this week releasing his debut album under the new solo moniker, and it's a psychedelic trip deep into your cosmic soul. A mystical space shaman of sorts, Moonlover releases all of his work in alignment with the lunar calendar, and so this Friday we're getting Thou Shall Be Free under the blessing of March's full moon. And what a deliriously delightful trip into the surreal the album is, fully recorded, produced and performed by Dinh in his own Pink Slime Studios, sharing recording credits with John Lee (Beaches, Emma Russack) on mixing duties, with mastering by Joe Carra (King Gizzard & The Lizard Wizard, Courtney Barnett).

We're excited to not only offer up an exclusive stream of the album below, but a little insight into its genesis courtesy of the Moonlover himself:

1. Thou Shall Be Free

No shit. David Bowie came to me in a dream six months after he died and sang to me the melody and the first lines of the song “Oh, oh, oh, oh, Thou Shall Be Free.” I half woke up and grabbed my nylon string and banged out the rest of the song in an hour or two. Thank you David. Miss you.

I wanted this chorus to sound like of a couple of wolves had hotwired your sports car and were recklessly skinning the highway under moonlight. Fun but dangerous.

This song’s about an Ethiopian Queen that I became enamoured with. She’s six foot, a hypnotist, has an IQ of a zillion and has all the riches in the world.

This came out of a jam session with my mate, Mitchell Jones. On the surface it’s a two-and-a-half minute garage pop ditty but underneath I think this song is about choices. Make enough choices of a certain kind and they become you.

It was shroom season when I wrote this. I was hearing choirs of angels and seeing glistening crystals in thin air and I swear there was a ghost in my room. This is an ode to letting the internal and external spirits move about and play. If they wanna fiddle around with some spatulas or piano strings, let them.

A love song. An intertwining of thoughts of love old and new, mixed with the spice of death and finality. I kinda felt a little embarrassed when I wrote this. I felt it sounded too poppy or something. I’m proud of it now though, it’s something I can stand behind.

Likely, they’ll be playing this one at my funeral. When I first heard Paul Kelly’s Deeper Water, I was like, ‘Holy shit, that’s a whole lifetime in one song!’ On The Day That I Was Born is my attempt at the same.

I started recording conversations that I have with my father. At the start of the song he is translating one of his poems for me. The Mekong Delta Blues is a pang that my father has, that I share, that I imagine most of the Vietnamese diaspora have. A pang about being away from the place you love and the people you love who have been spread all over the world because of war.

There is something distinctly pink about this song and it’s 6/8 time signature. Weddings are beautiful things, it takes a lot of courage to tell someone you love them, let alone saying “Hey, let’s spend the rest of our lives together and let’s put a ring on it.” It’s among the greatest challenges one could undertake and that’s why the rewards/betrayals are so monumental.

A lot of people have said to me ‘Moonlover. I really like that name.’ I think it’s 'cause no one hates the moon. People complain, ‘It’s too sunny.’ But no one ever says, ‘It’s too moony.’ This one’s saying “Hey, we’re all on the same trip looking up at the same moon.” 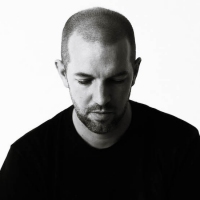 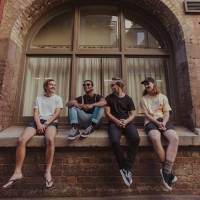