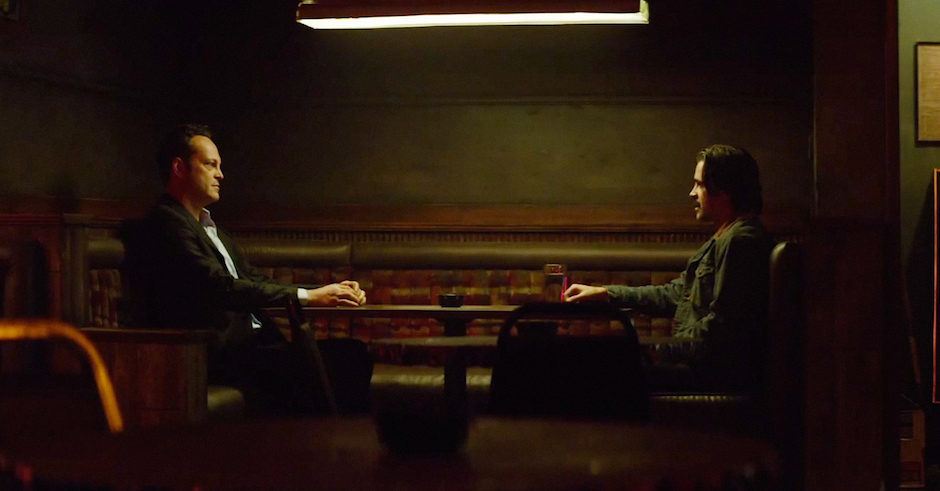 Last week when everyone was dismayed at Game Of Thrones Season 5 seemingly being over before it had even begun, I was rejoicing. In part because that show - epic zombie war not-withstanding - has become such a miserable slog that I'd rather go and flay my own pinky finger than watch another honourable idiot eat shit for being the only honourable idiot in the village. But mostly because it meant we were another week closer to the beginning of True Detective Season 2. Season 1 was a pretty big deal last year, quickly becoming one of the most-watched and talked-about shows of our HBO-obssessed, illegally-downloading generation. The fan theories, the intricate plotting, the twists and turns, the Matthew McConaissance... At its essence it was just a really good crime thriller, but one that transcended others in a way not seen since... The Wire. Yep, one of those guys.

ANYWAY, weirdly innefectual first teasers aside, I - as I'm sure most people who were fans of Season 1 will agree - was ready for Season 2. People might have taken issues with casting, but as has now become an almost cliche saying, people said the same about Heath Ledger in The Dark Knight, and look how that turned out. Colin Farrell can act the shit out of anything, it's exciting to see Rachel McAdams not playing a love interest, Vince Vaughn has sucked at comedy for years so he needed a change of scenery, and Taylor Kitsch, well okay let's not talk about him. A certain level of trust comes with watching a show like True Detective. You just gotta trust they know what they are doing, and unlike the rest of the internet, I completely and wholly trust what they're doing one episode into Season 2 of True Detective. 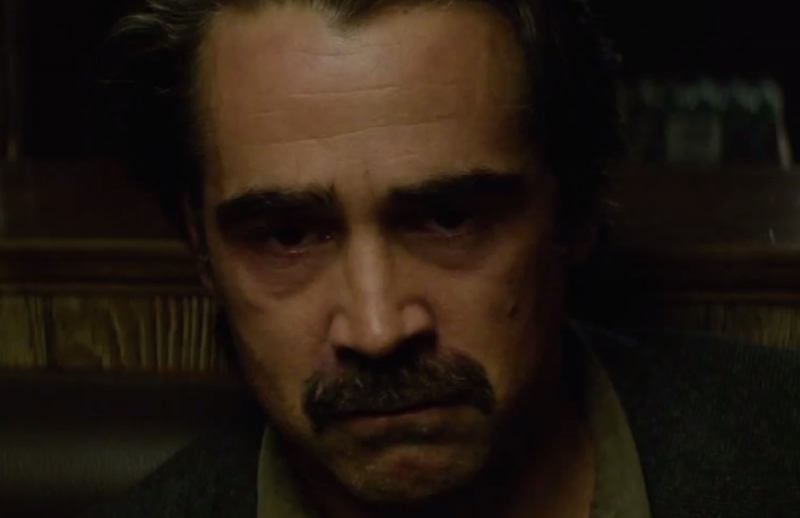 There's pain behind those eyes, boy.

The creators' clearly stated from the outset that this wasn't going to be a re-tread of Season 1 - each new season would delve into a different story, different characters, different crimes... And so far that definitely appears to be the case. Where Season 1 was laced with creepy occult undertones, this is all sleaze, sweat, sex and dodgy deals, underpinned with one staple of the show - broken (or breaking) men. Farrell so far appears the most fucked up - "I'll come back and butt-fuck your father with your mom's headless corpse on this lawn" JESUS CHRIST, while Vaughan appears to be kind of trying to go straight, Kitsch I honestly don't really care about, and McAdams comes from a hippy overlord father and likes to think differently in the bedroom, but thinks it should also stay offline. 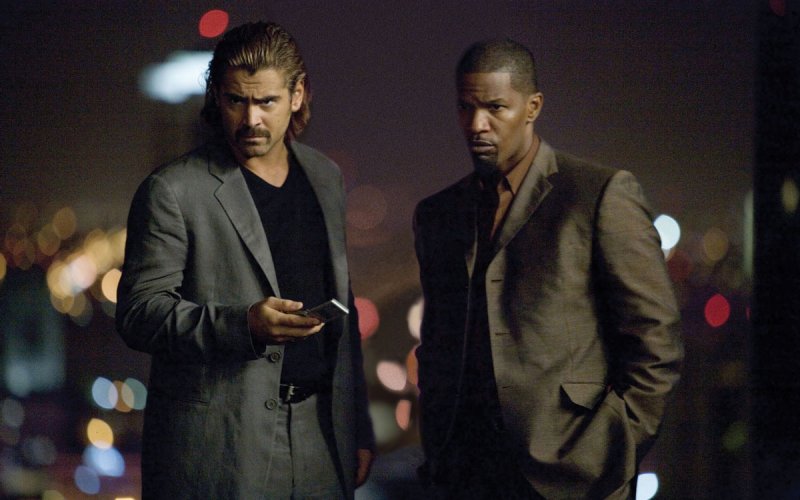 Plot twist: Colin Farrel's character in True Detective S2 is just a grown-up version of his Miami Vice character - the days of flashy suits and kickin' it with Jamie Foxx long past him.

The complaints so far seem to be aimed at people being unable to follow the story line, Farrell's supremely ginger son*, the weird sex stuff in the dead guy's house (I don't care what you say, I'd love to have any of those epic paintings hanging up in my house to ruin my future children - and any friends they might potentially want to bring over - forever), and a heap of other shit because it's a lot easier to complain about things on the internet than it is to express happiness towards things on the internet - fact.

Here's another fact: Plot lines in pilot episodes of densely layered TV shows are supposed to be hard to follow. Their job is to set up a massive house of cards so that you can work your way through knocking it the fuck down over the course of the next however many episodes there are to come. Try watching the first episode of Deadwood and tell me what the hell is going on. Try watching basically the entire first season of Game Of Thrones for the first time and explain, full well, you know what the hell is happening in what appears to just be a violent version of Lord Of The Rings. I stopped watching The Wire (yep!) after one episode because I had no fucking clue what the hell anyone was even talking about. Obviously I came back to it and had a great time, but my point stands. This first episode had A LOT of characters to get through in its first hour, to at least give you some kind of backstory as to why we should care about them or want to invest in another nine episodes with them, and for mine it does a pretty good job.

I like that Colin Farrell is super fucked up. I like that Vaughan's character, although using him for favours, does seem to care about him in some way, shape, or form. I like that McAdams is a hard-ass who also doesn't mind a tipple or a punt at the casino. I like that 2/3 of them rock up to a crime scene supremely innebriated to the point where they should be arrested on the spot for driving under the influence. I like when Kitsch's character... Okay I really don't like anything about that story line, but I'm just gonna go with it, because I have faith in the show's creators. 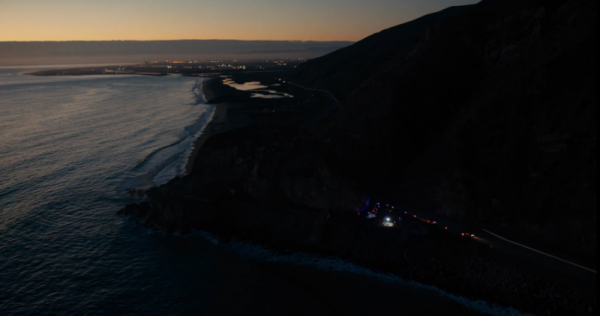 And the above (pretty damn beautiful) last shot is the point of the whole episode. We've actually learnt a lot (while also learning not that much) about the four main characters of this season of True Detective, and while it may have been divine intervention that brought sad-motorbike-man to what I can only assume will be the first dead person of a few to come, all four characters are now connected. And I cannot wait to see how it all plays out. 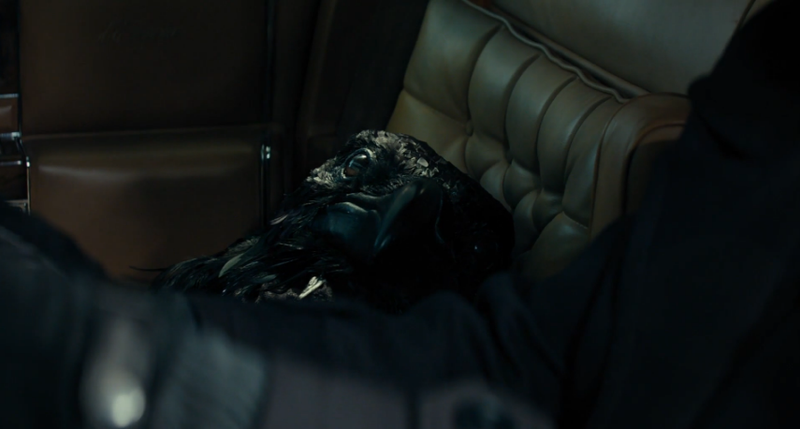 *Okay so it's pretty obvious his "son" is the spawn of the rape inflicted upon his wife, but we haven't seen his wife yet, maybe she's a HUGE RANGA. Red hair is also recessive. Maybe Farrell has the dreaded red gene deep down in his makeup somewhere and it surfaced with his poor child (as one also of fairer hair I am justified in saying all of this). 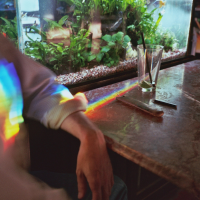 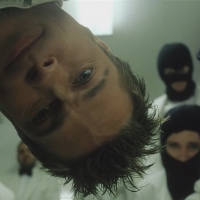