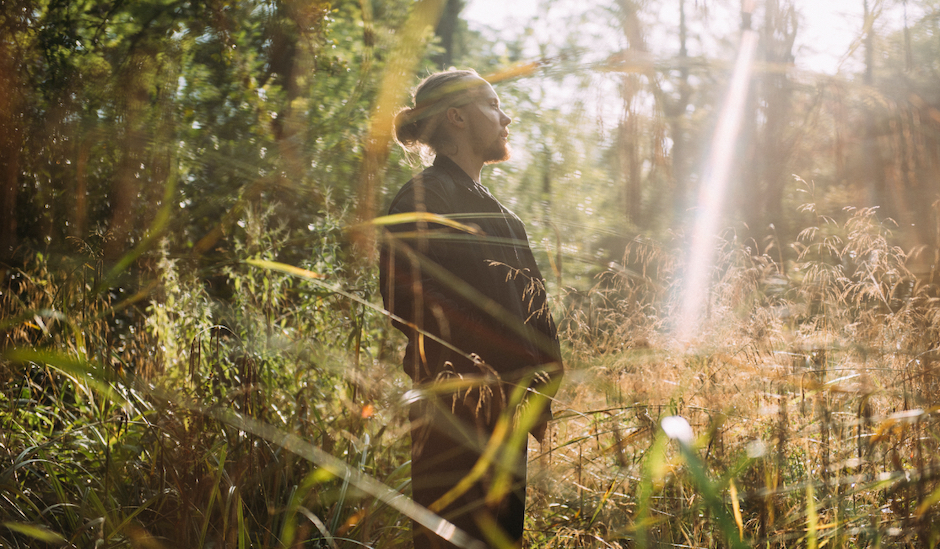 The South London-raised producer celebrates the euphoric freedom of dance music on his debut EP, Textures.

Building an album indebted to club culture isn’t a particularly rare thing, considering the well-known euphoria the dancefloor can bring. However, building an album that surrounds itself with dance music’s cathartic qualities at a time where the world can’t experience that precise feeling is something else entirely, and something musicians are having to grapple with in 2020.

Take the UK-based Joe Turner, for example. Based in the South London region of Croydon, the multi-instrumentalist and producer has been long-ingrained with London’s notorious club scene since he was legally allowed to, both as a punter with an adoration of dance music, and later as someone making it himself. Raised on a hotbed of soul and jazz (his grandfather is a jazz pianist) and finding his feet in musicality through high-school bands, dance music provided a needed, completely-solo platform for his creativity to thrive, inspired by the acts he’d see play throughout London: Jamie xx, Four Tet, Bicep and Caribou, for starters.

Eventually, these acts - and his multi-instrumentalist background - would inform the music he’d start creating himself; the Joe Turner project being a completely solo experience that navigates the wealth of knowledge and wide-spanning influences in his musical life, undisturbed by external factors that come with collaboration. The first song, 2019’s Atmosphere, musically placed him amongst the names he’s long-inspired by; the percussive intricacies of Four Tet meeting the hazy sampling of acts like Bonobo with the part-trip-hop, part-soulful embrace of acts like Massive Attack and Moby - other long-time favourites that litter his record collection and playlists.

A pair of singles released in the following months - Retina and Stay - doubled down on his craft on electronic experimentation, taking from the sweeping rhythms he’d find at strobe-lit clubs and turning them into his own, interpolating them with intricate bursts of samples, synthesiser, guitar and keys. They’re tracks that invite you onto journeys without so much as a vocal hook; Retina being a pacing four-minutes that changes between subtle haziness and pacing dance music, while Stay sprinkles twinkling piano amongst echoing samples and dancing melodies.

The singles ended up finding success too, proving an unexpected break-out for a musician who was just having fun creating. “The success of those two songs were y’know, more than I could ever imagine,” he explains from his Croydon apartment, wedged between record players and synthesisers, with leafy house plants littered amongst the gear. However, he didn’t want to get too held down by the success - and the expectations placed against him - because of the tracks from his past, constantly pushing himself to further this sound and embrace the creativity that fuelled his early rise. “I’m always trying new ideas and buying new instruments to play with, mostly so I can keep the process fresh and exciting and keep evolving my sound.”

It’s a push against the grain in dance music, a place that once thrived on evolution and experimentation, but is only again finding its feet after its commercialisation washed out these traits ingrained in its foundations. “I don’t want to make the same song for the rest of my life, no matter how popular they become,” he continues. “I feel like this cloning of sounds is pretty present in the EDM side of dance music, where people find something that sticks so they stay with it. I’ve got nothing against doing that, it’s just not for me personally - that’s not how my creativity.” 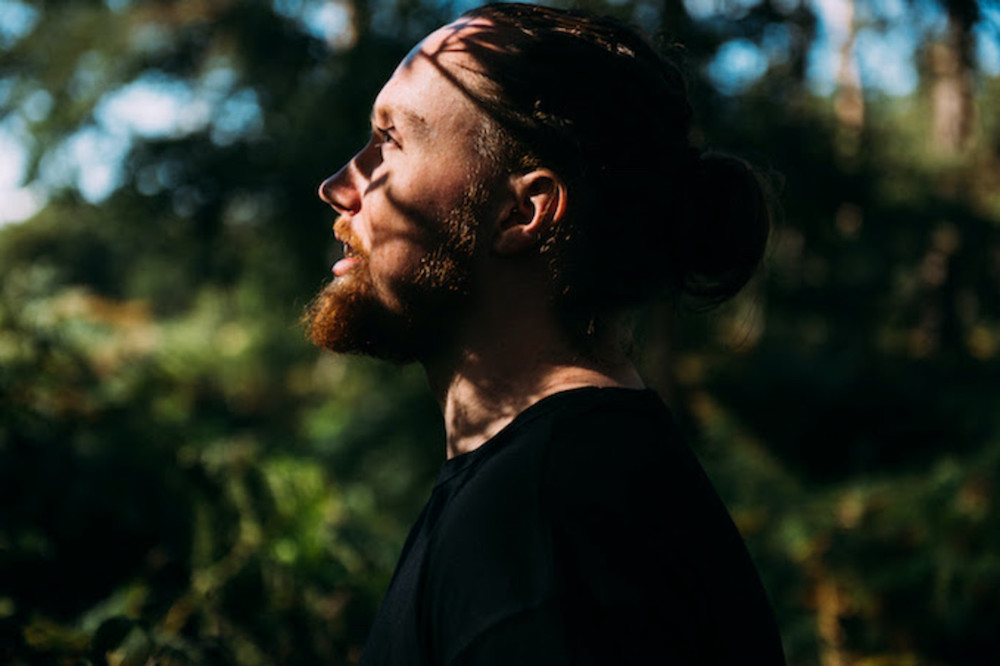 Tasked with creating something new and driven by his desire for evolution, he experimented around with new sounds and instruments, building up melodies only to break them apart and dissect them; creating melodic contrasts that felt like journeys, telling stories as they moved. Eventually, there was a common thread forming between many of the songs: textures, and how melodies and rhythms move amongst each other, and how they’re able to be manipulated in intensity and gracefulness at the turn of a knob. It ended up being a path to inspiration, and what was a three-track release soon ballooned out to seven; each song mirroring one another in their ability to guide you thought the different textures of dance music.

“I think it was something that came into my mind subconsciously,” says Joe, asked with how finding that word of inspiration - texture - influenced his songwriting. “I wrote down the word in this little notebook I have here, and I think from that point, textures became way more pronounced in what I was making, and I found myself deeper exploring how to create different textures, different layers and different atmospheres within what I was writing.”

It ended up being such a burst of inspiration that the seven-song package that came from it was titled Textures, released as Joe Turner’s debut EP in late-November. It’s a collection of tracks that as mentioned, form themselves around the different forms of storytelling that feature across electronic music, toying with different layers and contrasts that together, tell stories largely without the use of vocals. They move in changing intensities and power; one second will be roaring with its cathartic, near-explosive energy, while a minute later will have you gracing in angelic-like pools of subtlety - a nod to the journeys acts like Four Tet and Bonobo are able to tell in their own work, even at its most ferocious.

At times, you’ll even hear the world around him moving alongside his productions; the intricacies of the EP really coming to life as you listen again and again and again. A bird will chirp here while a truck would drive past there, deepening the stories laden even within the EP’s most quiet moments. “It’s something I really like in music from like Four Tet and Jamie XX,” he says. “I’m always blown away from people like that, because every time you listen to one of their tracks you pick up something new - something you didn’t hear before. It just has so much depth.”

The album is a difficult venture for dance musicians, especially those that rely on the storytelling capabilities of instrumentation. As EDM thrived, it seemed that the dance record moved an opposite direction - at times, it felt like albums were artists producing twelve of the same songs, and calling it a day. Obviously, there have been albums that buck this trend - records that have become acclaimed for the journeys they capture - but it’s only been in recent years that a returned sense of meaning has come to dance records, something Joe was taking into consideration while detailing the meanings within Textures.

Obviously, being an EP relying on instrumentation and sampling makes it a difficult feat, but Joe sees the different stories spread across Textures, and is already hearing how people are adapting it to their own life too. “All the songs on Textures come from different moments and different feelings from the last few years, and how I’ve used production as an outlet for it,” he explains. “I was reading some YouTube comments on the tracks before, and someone said how a song reminds them of going to shows in Europe and what that experience was like, which is interesting because I’ve never experienced that, so have no idea how it feels.”

It’s one thing to take meanings from a song with lyrics and adapt them to your own life, but to do the same from sprawling, vocal-less productions is a feat in itself, and a testament to the journeys Joe hosts with his work. “With instrumental music, you’re not hanging onto lyrics - it really leaves it up for the listener to take their own meanings from the work,” he agrees. “It’s great that people can make their own interpretations - I quite like that - but down the line, I’d love to have some sort of a mixture where people understand the stories that go into songs like these, and can still bring their own experiences together with them.” 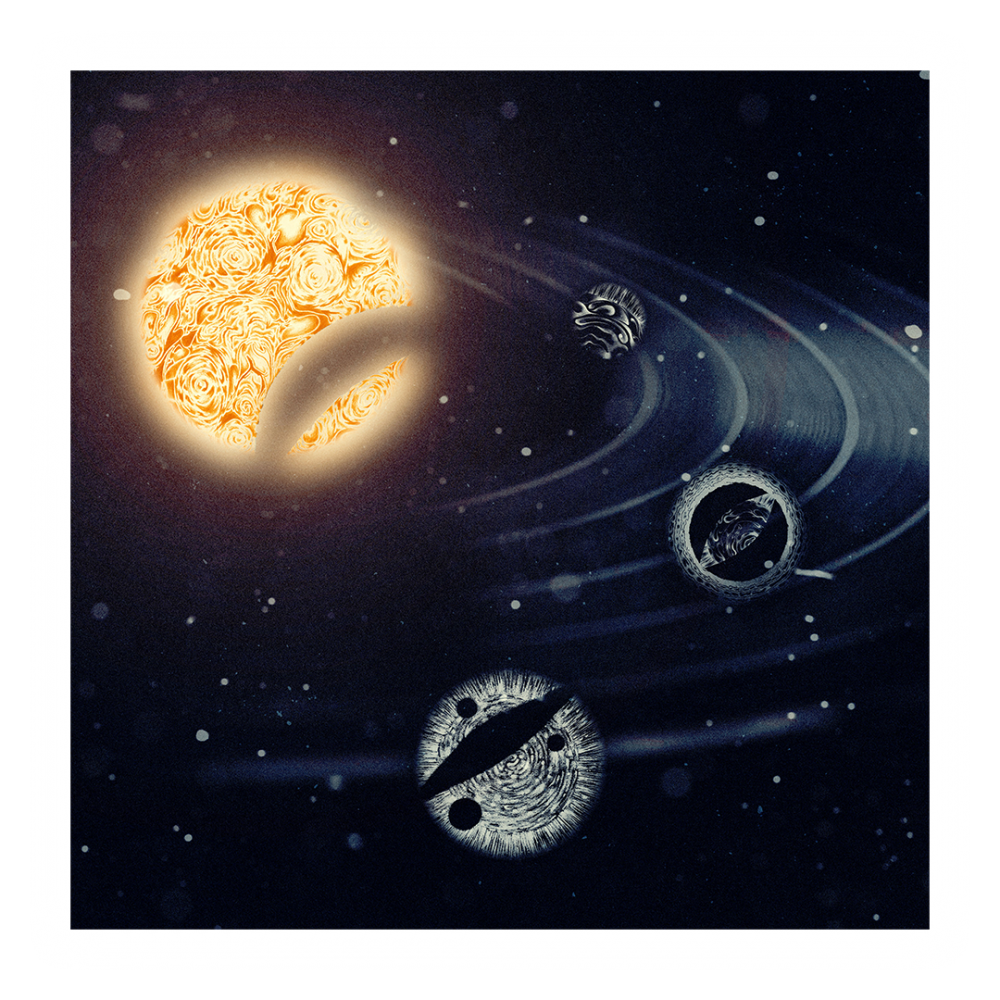 Textures is an EP that’s carved from many special places in Joe Turner’s life; inspirations in music, sure, but also the experiences you make from them, and the moments you share thanks to music. Take clubbing, for example, and the cathartic euphoria of dance floors and those you meet within the hazy, strobe-lit walls of a club. As someone driven by London’s infamously pioneering club scene and its impacts on dance music, there’s no doubt a touch of that laden within Textures’ and the stories that enrichen its sound.

“It all connects to that London atmosphere - or even just the club atmosphere full-stop, with it being a worldwide thing,” he explains. Ironically enough, the EP comes at a time where no-one can experience that atmosphere - legally, at least - as producers attempt to reignite the passion of dance floors at a time where they can’t be found. “It’s a shame that this EP can’t be experienced how it was meant to be, but it just builds up that excitement in a part of me, an excitement to not even just share this music in this setting, but to just experience it with people once again.

“I think it’s reflective in a lot of the [dance music] being put out this year, tapping into the culture of going out, meeting new people, and just experiencing music and how much it means to everyone.” Still, it’s clear that the impacts on coronavirus aren’t going to cause the club market to crumble, even as dire as it may seem currently. “Everyone is still ingesting it; everyone is still buying tickets in the hopes that we can do it again. People are still passionate, and I feel like everyone’s really excited to get back out there and experience the club again.”

Here’s hoping that a part of that will feature yourself swaying with a semi-warm drink in one hand, and Joe Turner’s masterful dance music blaring through the speakers. 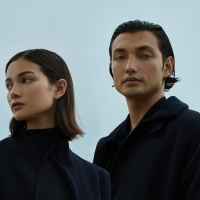 After years of work, Lastlings are ready to make their First ContactOn their debut album, the pair of siblings pluck influence from club culture and Japanese culture to create a work of dance art. 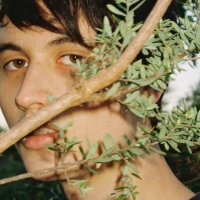 Do you know who you are? Nick Ward, and the questioning of selfOn his Everything I Wish I Told You EP, Nick Ward takes a tender look at identity, understanding, and the complex self.
Get To Know

Amongst a storm of change and uncertainty, Tornado Club prevail

On their debut EP Reset, Tornado Club - a project by Woodes and The Kite String Tangle - dissect unfamiliarity through dance music and t.A.T.u covers alike.