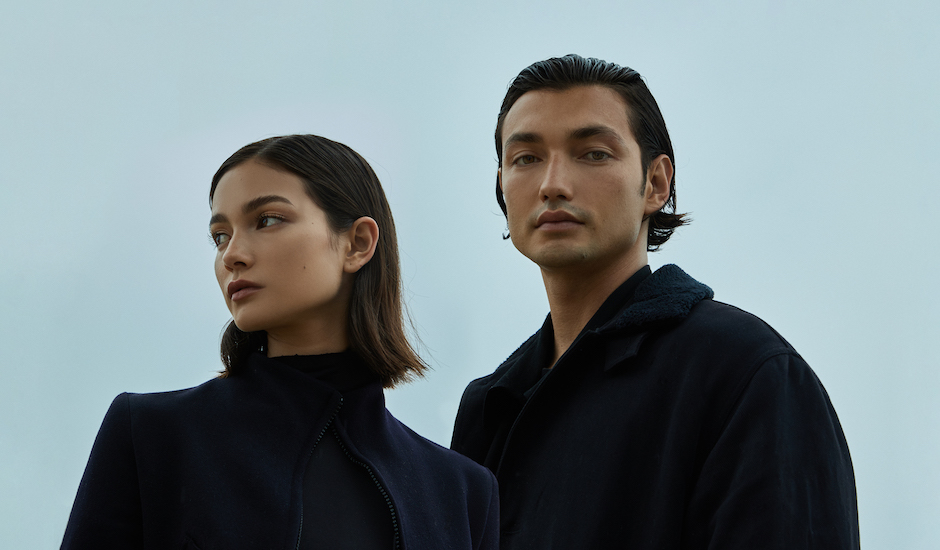 It’s difficult to find an Australian band with a trajectory similar to that of Lastlings.

Initially, the duo - composed of siblings Amy and Josh Dowdle - emerged through quiet, low-slung indie-pop; a sound they debuted back in 2015 and introduced further with the release of their first EP in 2016. They were paraded as a glimpse of the future, something that seemed to be set in stone with singles that took Lastlings to the heights of Australian indie: 2016’s Time and 2017’s Urges particularly finding themselves nestled amongst Australian year-end lists and international one-to-watch recaps alike, while shows at festivals across the country solidified them as a live export too.

In early 2017, they released a second EP titled Verses, and then they went quiet. From March 2017 to November 2018, Lastlings released not even a peep – a quiet stretch of 18 months that doesn’t seem too extensive for a 100k-sales-debut-week popstar, but for an act that had everyone’s eyes on them, awaiting their next move? It was an unexpected choice.

Unexpected too was Deja Vu, the song that broke their post-EP drought and brought a refined, newfound Lastlings to the spotlight. Backed by a wealth of knowledge in electro-pop and an armoury of synthesiser, Deja Vu was an embrace of electronica that would define Lastlings’ changing sound; Josh Dowdle - the more production-oriented side of the Japanese-Australian siblings - carving a rushing embrace of synth that Amy Dowdle - on vocals - would navigate the ebbs and flows of, contrasting the synthetic mania of the production with near-angelic musical beauty.

It was a shift in sound directly influenced by the 18-month break that was in fact, anything but quiet. The duo long had a fascination with electronica - Josh, for example, has always been a fan of house music and acts like Moderat - but touring with RÜFÜS DU SOL encouraged them to further explore it within their own work; the Australian dance music giants influencing Lastlings to close the gap between the music they were influenced by and the music they were creating.  They linked up with Cassian, a close friend and collaborator to RÜFÜS DU SOL (and later, a signee under their Rose Avenue Records venture) who would further encourage this experimentation to their sound, his co-operation with the duo going as far to co-producing and co-writing many of the tracks they’d come to record throughout this 18 months, as well as much of the stuff that would follow.

“It was mostly just acoustic guitar and singing when we first [wrote Deja Vu],” recalls Josh, albeit with a foggy memory, having trouble recollecting the duo’s movements so long ago. “It was very acoustic to start with, but we were listening to a lot of techno and club music, which made us think about how we could make stuff closer to that.” Cassian helped bring out that clubbier side of Lastlings, the duo explain, while RÜFÜS DU SOL helped them re-energise their vocals and keep that distinct Lastlings pop touch present, even in the chaos of their sound at its most dance-centric. “Deja Vu definitely paved the way for what happened afterwards,” Amy elaborates. 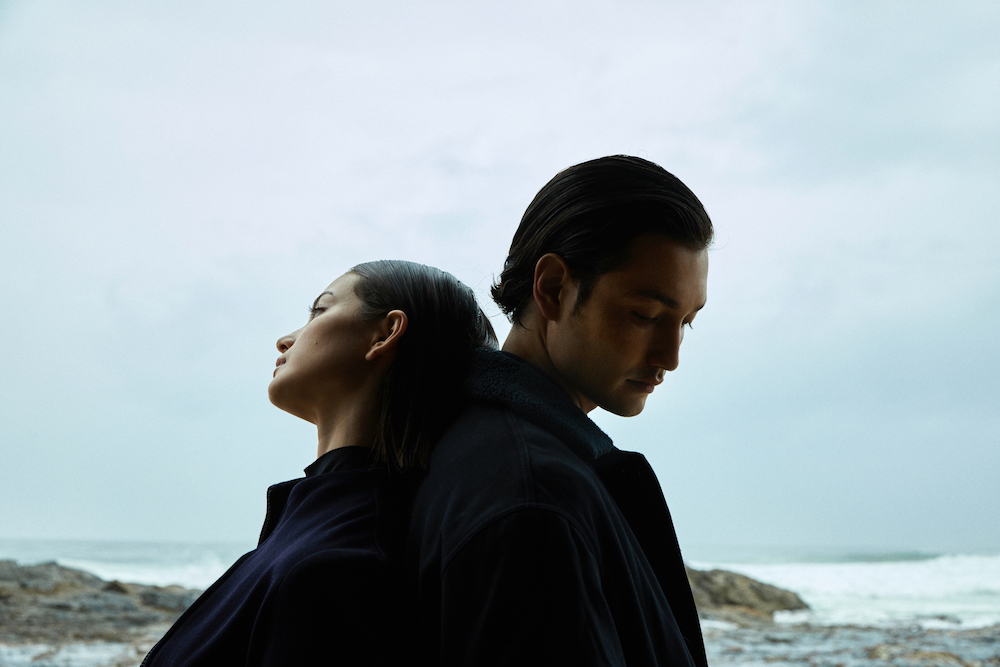 Deja Vu is the track that opens Lastlings’ debut album First Contact, a 12-strong collection of songs that navigate the highs and lows of the siblings’ embrace of electronica, and the toe-dipping of experimentation and creativity needed to happen. It’s an album indebted to the musicians they were surrounded by - literally, in RÜFÜS DU SOL and Cassian; musically through Moderat, Jamie XX and Bonobo - and the impacts they’ve had in inspiring Lastlings’ journey forwards. If Deja Vu was them dipping their toes in the waters of a new electronic haven, then First Contact is them diving headfirst into it, only coming up for air in its final moments.

It’s an album that’s been a long-time in the works too, but the labour of love shows. Inklings of the album were making itself known in 2018, solidified by the release of Deja Vu late in the year. In early 2019, they teased that it was further in development - “I'm super proud of it, and I'm really excited with how the new sound is progressing,” Josh told us - and then when the record was actually done, complicated label contracts proved difficult to navigate, and then - of course - COVID happened. “We all wanted to release it at the best time possible, and when exactly that was kept changing because of everything going on,” Amy laughs. “It was this date, then that date, then another date.”

They didn’t tinker around with the album at all throughout that time, instead electing to focus their attention onto what was to follow. However, there isn’t the slightest suggestion that First Contact was an album that’d age before it even came out, instead being a testament to the timelessness of their craft, and how they managed to capture such a forward-thinking embrace on their sound at the time. Listen to Take My Hand’s tapestry of synthesiser for example, and how it contrasts against the live instrumentation of songs like False Reaction, a nod to their earliest blend of indie, electronica and pop at the beginning of the Lastlings journey.

It’s a contrast that’s balanced across much of First Contact, which plays between the cliff-faces of full-blown club chaos and the angelic beauty that marked their earliest recordings. There are the most obvious examples, where Amy’s heavenly vocal attempts to move alongside the darker, brooding production. Then, there are the more subtle plays of contrast, when tinkering guitar and gentle keys dance amongst the background of synth and percussion, stopping Lastlings from taking a track into full, club territory. “It’s a bit of a gateway album,” explains Josh. “It’s a dance record but the vocals on it stop it from being a full club record, but we’re hoping its a bit of a stepping stone for people to discover this world.”

It’s something they’re toying with themselves, evolving the sounds of First Contact further while keeping it distinctly Lastlings, and in-touch with their current discography. “We’ve brought some new gear since we finished the album and have been playing around with that, and how we can fit instrumentation - guitar and piano, really - into our melodies,” Josh suggests, before looking into the future with bright eyes. “One day, I want to use a mini-orchestra or have a string section or something in there.”

There are other influences First Contact is indebted to as well, being the history of their family, and the culture the pair take in through their Japanese roots. Part of the album was written in their grandparents’ homeplace of Aomori, a quiet, snow-capped fishing town in Northern Japan that donates its serene-like qualities to First Contact’s subtleness. “It’s a really quiet and beautiful place,” recalls Amy, who travelled to Aomori as the duo began the writing process for the record. “I wrote a lot of the lyrics for the album while over there, taking in that beauty.”

Conversely, some of the album’s most manic and high-adrenaline moments are influenced by Japan too, whether it be through the parallels in Tokyo’s pedestrian crush, or the art and culture that heavily influence the pairing in artforms beyond music. Take My Hand is influenced by Makoto Shinkai’s anime Your Name, for example, while Out Of Touch’s melodies are inspired from the soundtrack of My Neighbour Totoro.

“There’s a lot of familiarity going back and forth between where you live and where you come from, and I think [Japan] is just a really inspiring place in general,” says Amy, asked whether reconnecting to their Japanese backgrounds helped creatively fuel the album’s universe. “There’s something quite wonderful in watching the snow drip down the window of your grandparents’ place nestled in a tiny town of 60-odd people, but then there’s all the beautiful architecture and out-there fashion elsewhere.” It’s a contrast that finds itself within First Contact’s foundations, and the marrying of the subtlety of the past and the abrasiveness of the future.

There’s also the entire universe Lastlings have built surrounding the album too, from the album’s trailer teases to their near-futuristic press shots, or the smatterings of Japanese culture that finds itself in each single’s cover arts. Take Deja Vu’s neon-lit background, for example, or the dark city lights of Take My Hand and the darting train of No Time. “We definitely consider ourselves lucky that we could go and do that trip, because as soon as we came back, everything shut down.” 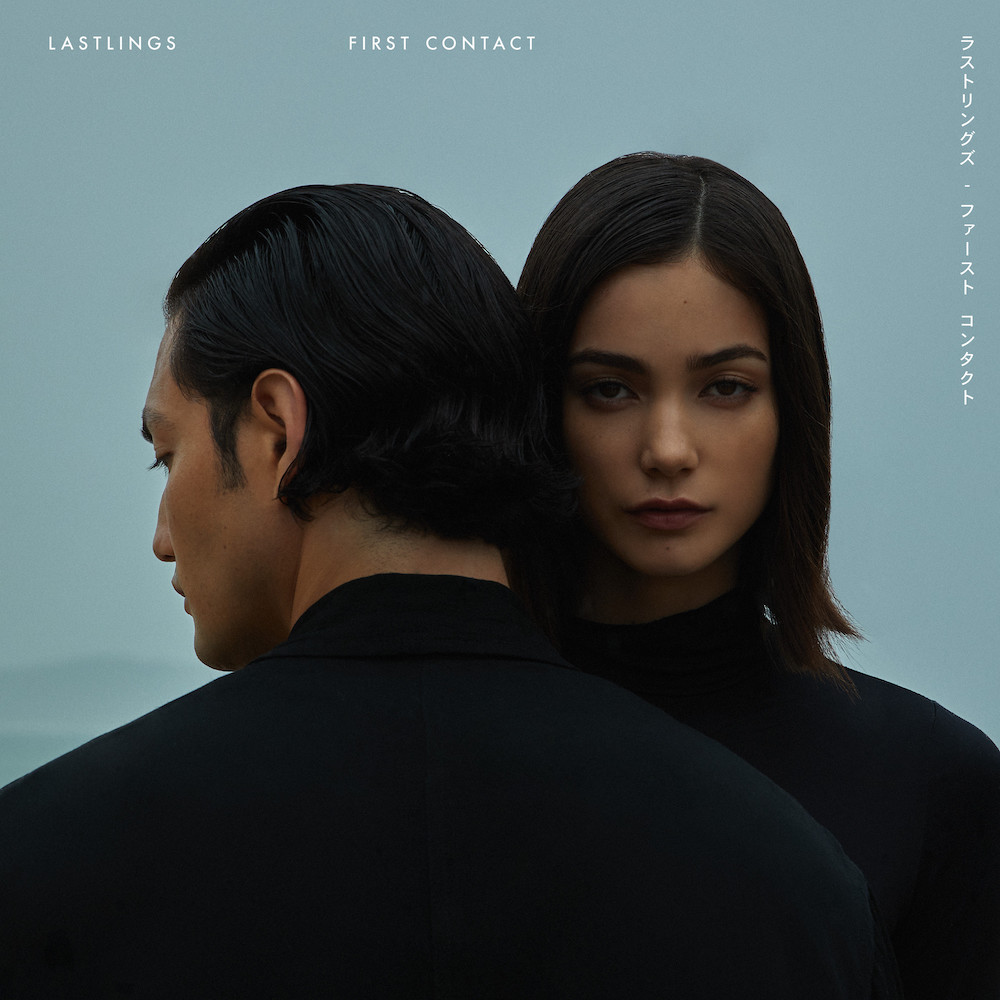 First Contact is an album of firsts. It’s Lastlings’ first long-length record, encapsulating years of craft through various genres and formats in a distinct twelve tracks that showcase the duo’s newfound sounds and inspirations better than they’ve ever done before. It’s also their first embrace as dance musicians, stepping away - as mentioned - from the indie-pop tidings that defined their glow-up, and were smacked away the second Deja Vu’s triumphant synth blared through our headphones.

There’s also the firsts that the album is inspired from too, hence the name First Contact. “First Contact is all the moments we experience for the first time, how special they are and how important they are in shaping us as people,” the duo say in the album’s bio. It’s about connecting to your first moments and the emotions - the triumph, the innocence, everything else - that come alongside it, and how monumental they are in your evolution. “We hope that this album sparks all the beautiful and important memories, feelings and emotions that you felt when you experienced something for the first time,” they say.

But firsts can only happen so many times, and knowing that, Lastlings are looking forward into the future. With First Contact behind them, Lastlings are experimenting with the unknown, and building on new ideas that didn’t make the cut. There are the dives into heavier embraces of dance music teased previously, brought on by outstanding influences in club culture and new gear that’s helping them build new material.

Then, there’s also the strange story of the song the album’s named after too, one that proved so monumental to the album’s creation that it became the title of their debut record, only to be left off the final version.

“It should definitely be on the second album,” they laugh. 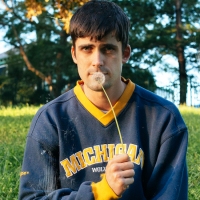 Introducing Hauskey, and the stories of his intimate debut EP, SlowThe Perth-raised, Sydney-based musician has been one of 2020’s best break-out artists, and his future is looking even brighter. 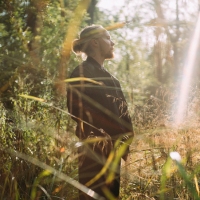 Introducing Joe Turner, who built an EP on club culture as it collapsed around himThe South London-raised producer celebrates the euphoric freedom of dance music on his debut EP, Textures.

With Baauer's huge debut LP Aa out this week, Harlem Shake is long but a distant memory.