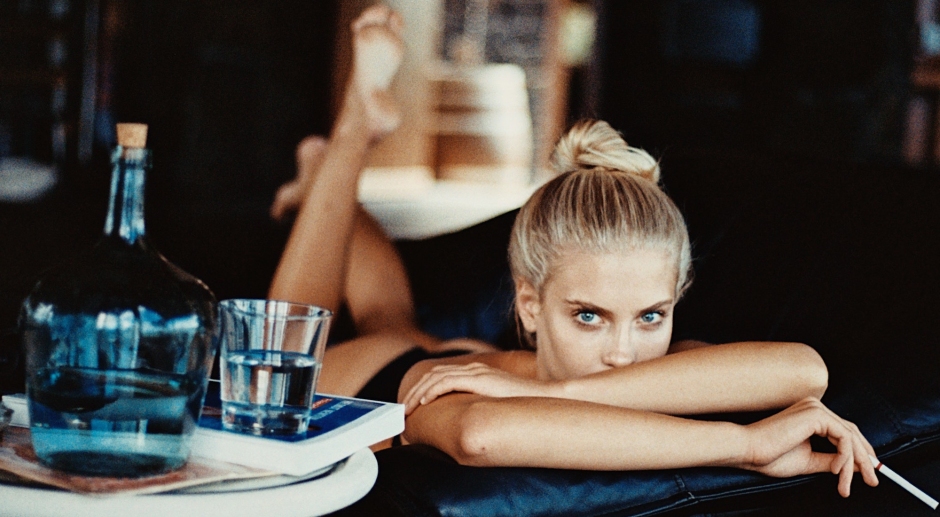 Posted By Dexter Wright 3 years ago

Have you ever looked at a piece of art that's stopped you dead in your tracks? There is so much power and beauty behind it that its almost too much to handle, but you can't seem to look away? Sam Lebib is a model/lifestyle photographer whose images give me that exact feeling. His love for the 70s and 90s shows clearly as the eras ooze through his images and leave you feeling warm and wishing it was 50 years ago. Sam’s photos are incredibly inspiring to me, and he would go down on paper as one of my biggest inspirations.

I sent Sam an email with a few questions and asked for a few photos in return. Check out his response and those photos down below. 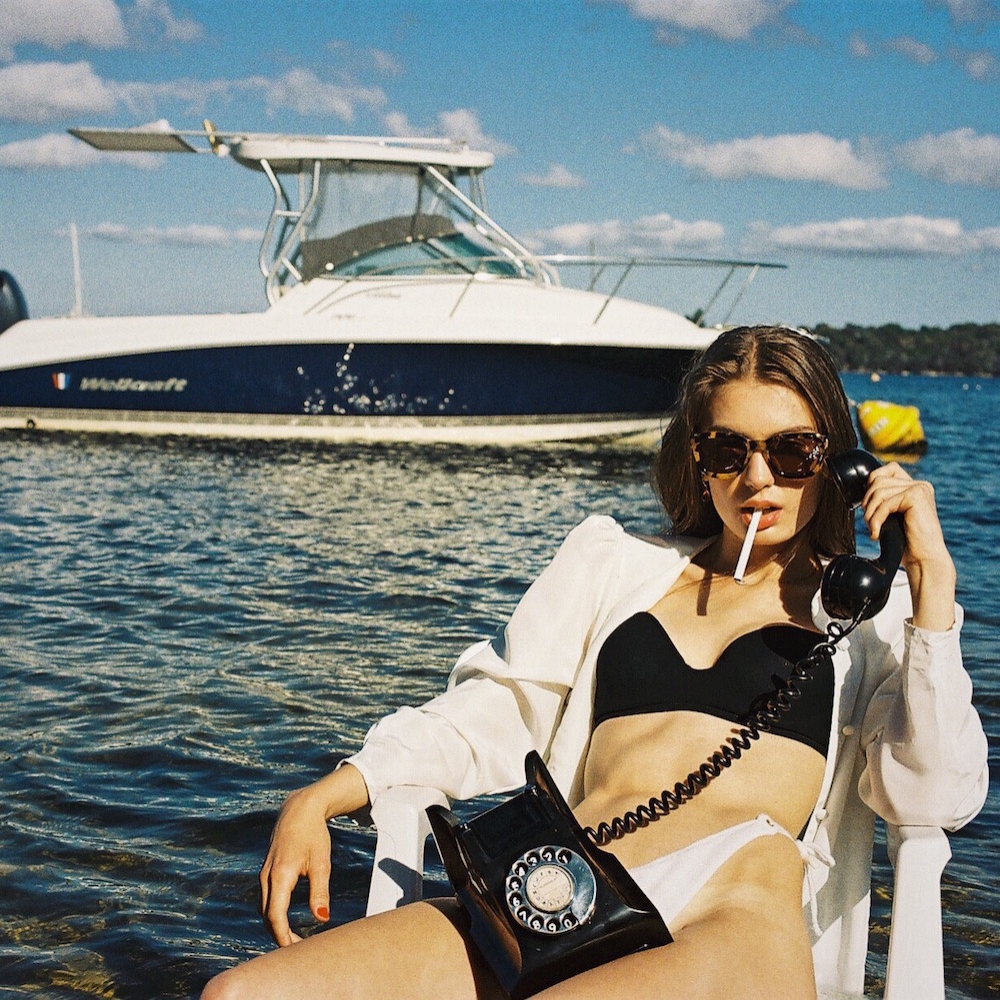 Ah man! To be honest I'm not sure, I'd have to swing with year 12 photography in high school. I wasn't overly sure on what I wanted to do that year and I think sort of took the subject up to fill up that void on confusion if you wish - so that would definitely have to be it for me. In terms of a creative context as such I'd have to give up to Dylan Marriot who introduced me to film and all the tricks to the medium as such. Which I'm forever in-debt to! A really talented bloke with what he does. And to a smaller scale my father who gave me a little groovy canon 135 which sort of looked like a video recorder straight out of the 90s! 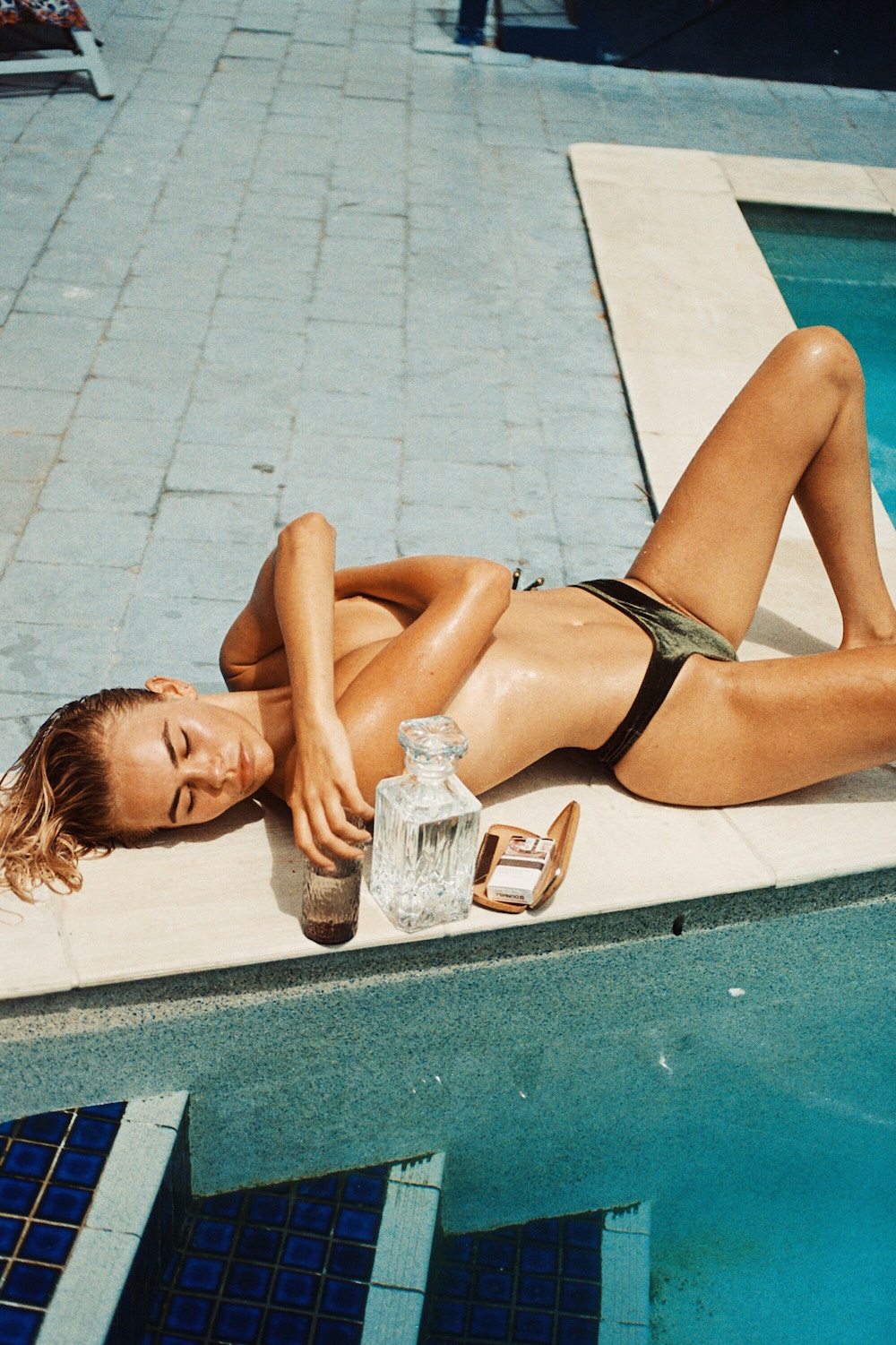 A magician doesn't reveal his own tricks haha! I'm currently playing around with a Canon film camera from the Eos Range. Which I feel compliments me and my approach to photography well. I lost it once accidentally and I was like fuck... n another city and my source of income is missing haha! So on that note take care of your equipment a lot better than I do folks. 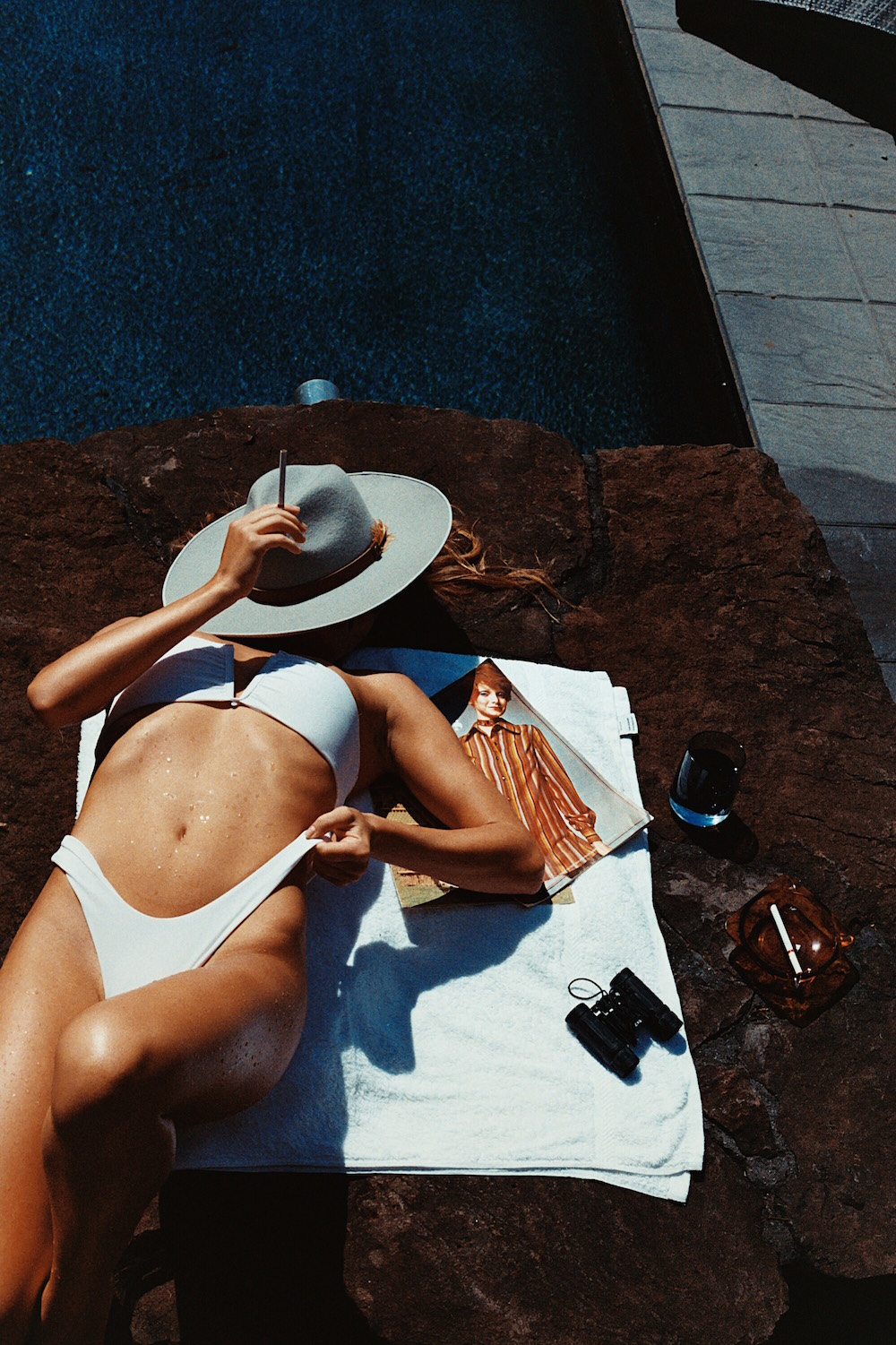 Do you prefer sunrise or sunset to shoot?

I'm not a morning person at all. The idea of shooting at sunrise just doesn't flow well with me - I'd go for sunset, the soft light and the subtle oranges that are oozing everywhere really reminds of the 90s. And the massive swimwear/super model revolutionè (sounds cooler with the è). Just what you get with skin tones and the overall vibe is pretty nuts. Even for things such as nature photography any day of the week I'd side with getting a photo of a sunset over a sunrise! 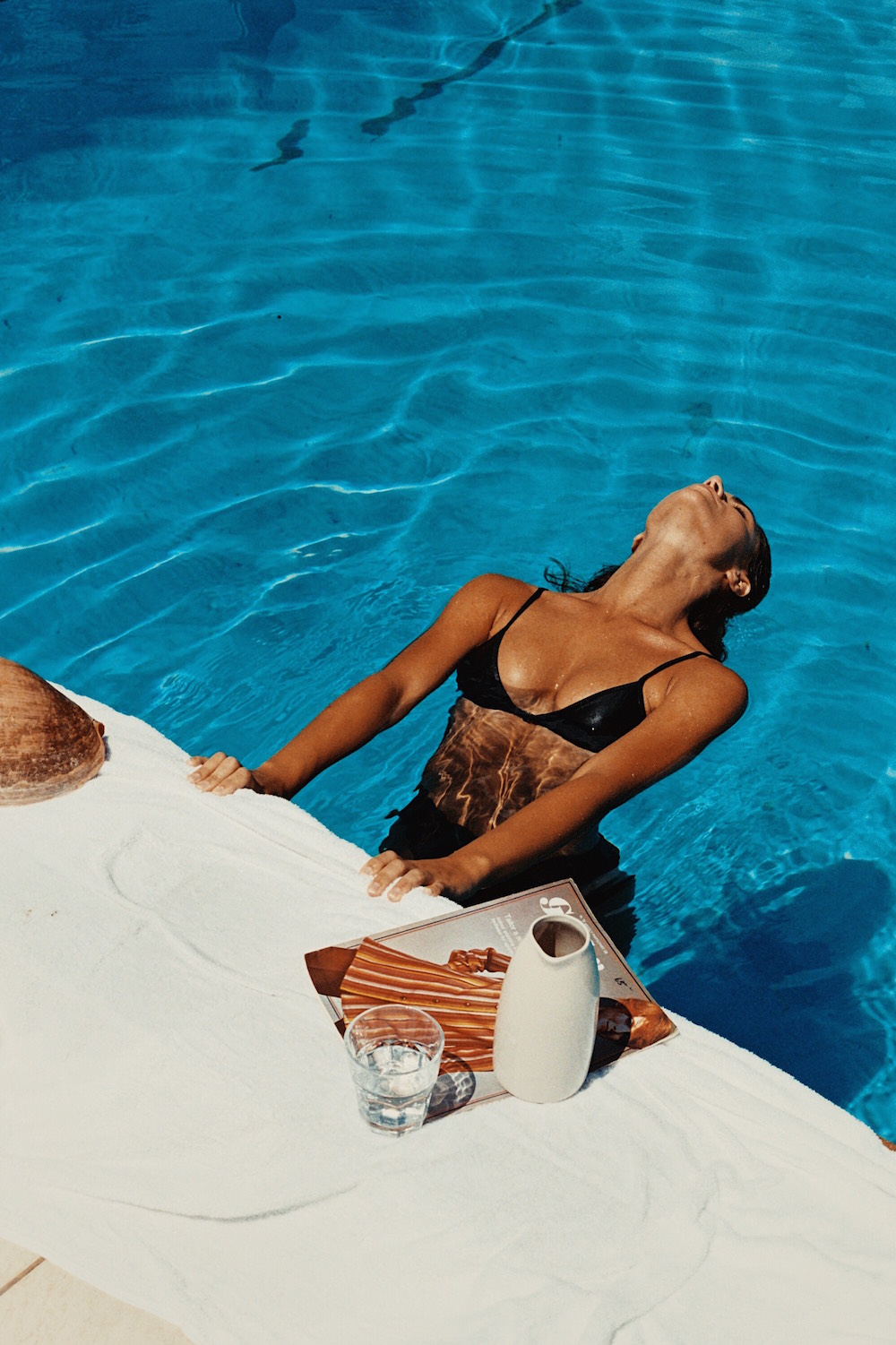 What’s that one shot that got away?

This made me laugh - I can't put an exact finger on a time. But back in the day when I was really into nature and the ocean. Little things like missing a wave breaking or the peak of the wave were always annoying. Ooh one time in Fremantle a beautiful BMW went past and I just wasn't quick enough to get my camera out! 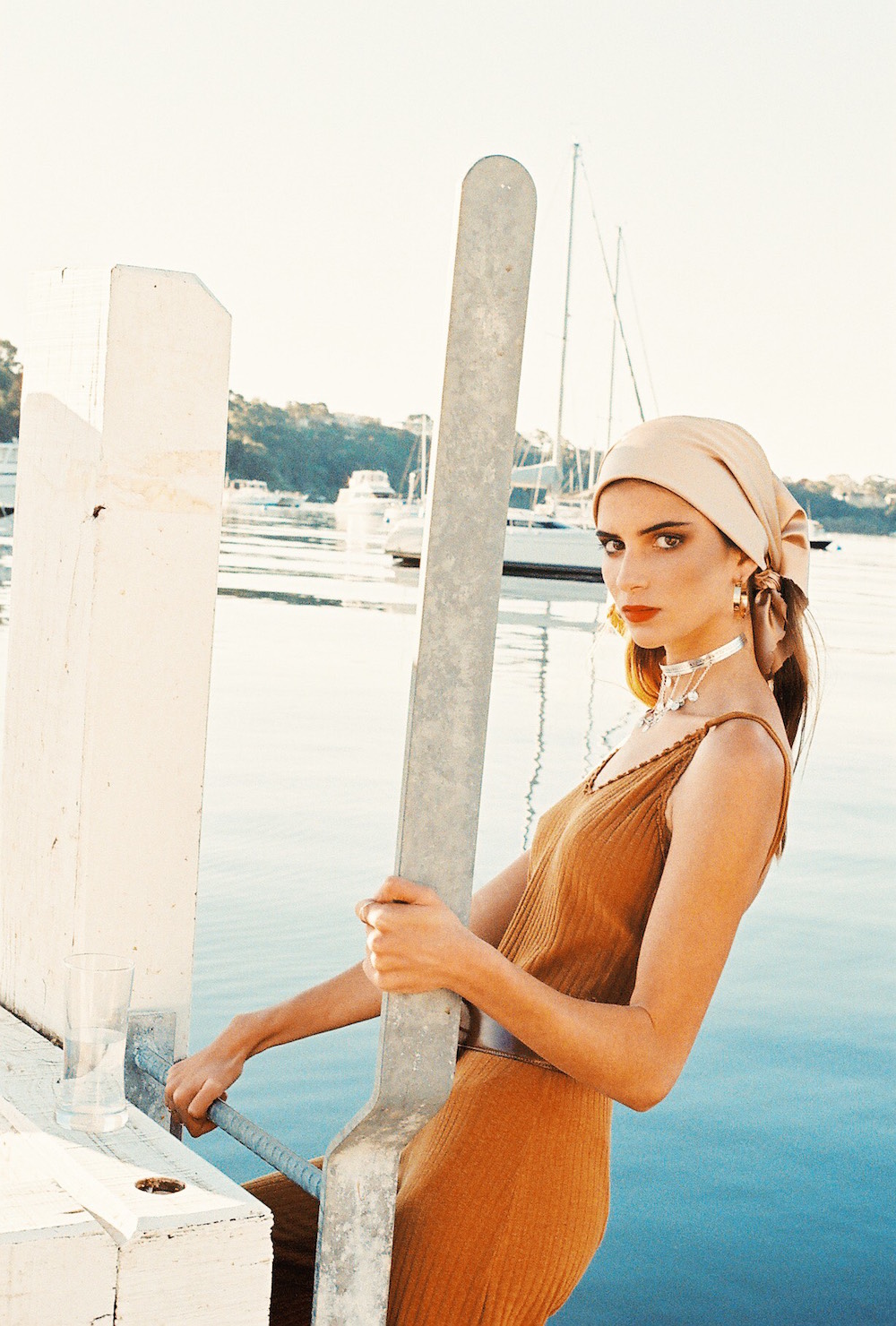 I've been hearing this sentiment lately but man I don't see it hey! I don't think I intentionally try to replicate either era! But I also can see why some people would think this. Which is a compliment within itself. I'd say the 70s really stems more or less from my own style and fashion sense. Late 2015-early 2016 is when I started looking into fashion photography and I think working with vintage brands from Perth and interstate did develop the style of that era - I was also massively into Jimi Hendrix, Tame impala etc during that period. So I feel a mixture of the people I worked with and social circles mixed with my love for the music created. And I guess fuck, the 70s for me at that time was just some sort of unattainable dream.

The 90s for me probably is a result of a Friday night I decided to look up Helmut Newton documentaries and I was left stunned I think I may have become really emotional when he captured one photo too. Everything was so raw and stripped back. The models were elegant, yet bold and fierce. The colours of that era's photography personally is to die for. The styling and productions were so over the top but it just made your mind wander into a dream like state - well for me anyway. 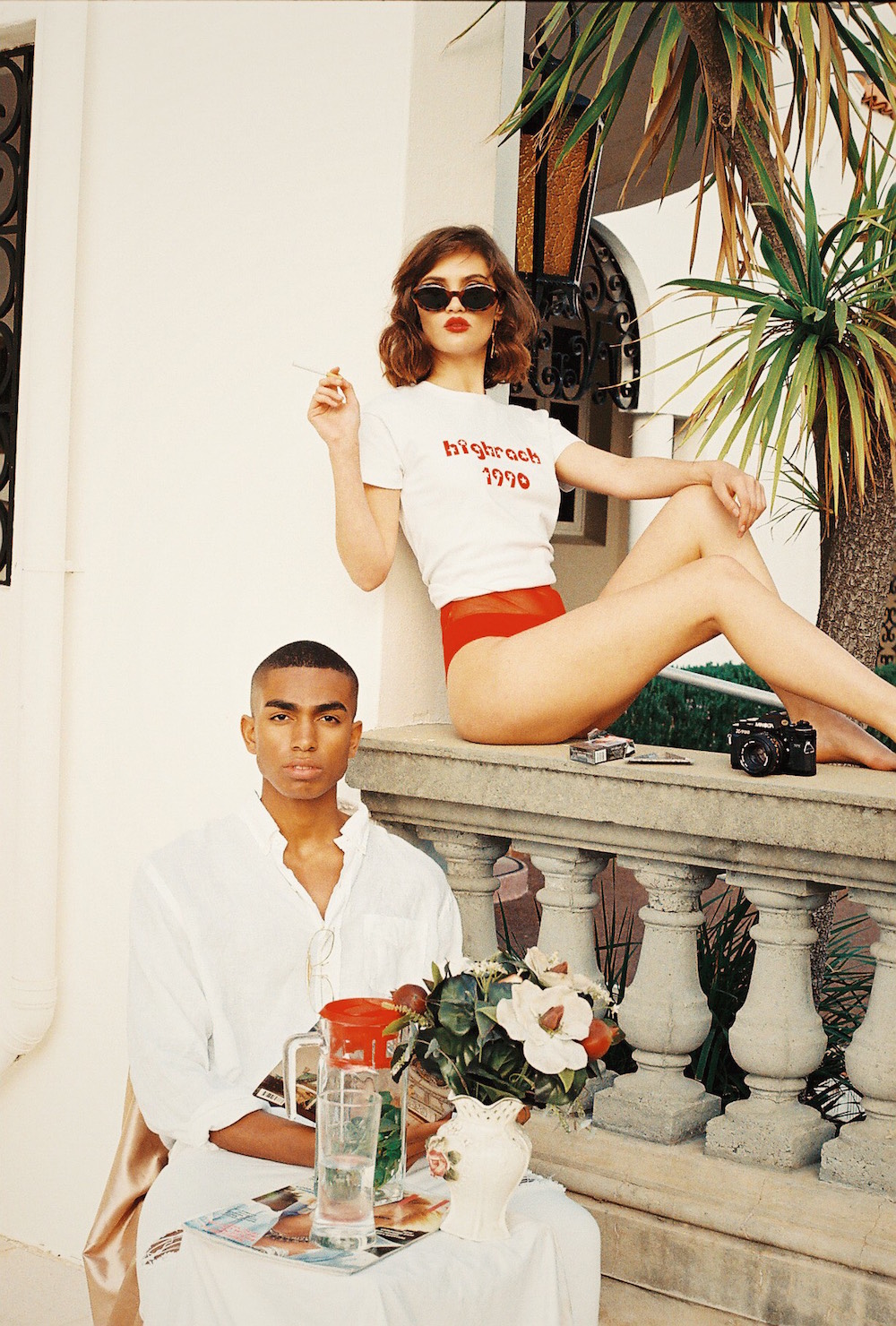 What inspires you creatively?

I'd say a lot hey. I think my friendship group came through with some heavy clout! But in all seriousness, on a simple basis they let me take photos of them when we were hanging out some subtle shit and some more extreme things! And ah peers in a sense - the work of others I guess leaves me always fascinated and intrigued. There's some seriously talented creatives in the world. That constantly make me want to improve myself and better myself in creative terms. "To be the best you've got beat the best." I guess in a sense if I'm heavily inspired by a piece I'll analyse and think, "okay, how could I have built upon and improved this."

Architecture for me is a big thing - and is what my fashion photography was mainly based around in Perth implementing people in cool situations and ridiculously far fetched scenarios.

The 90s too for me was just massive - the clothing, the overall elegance of models and the photography produced I just don't think will ever be produced again. Figures like Helmut Newton, Gilles Bensimon and Bruce Webber were just once in a lifetime individuals. Also figures like Slim Aaron's paved the way for photography to be viewed in a different light. 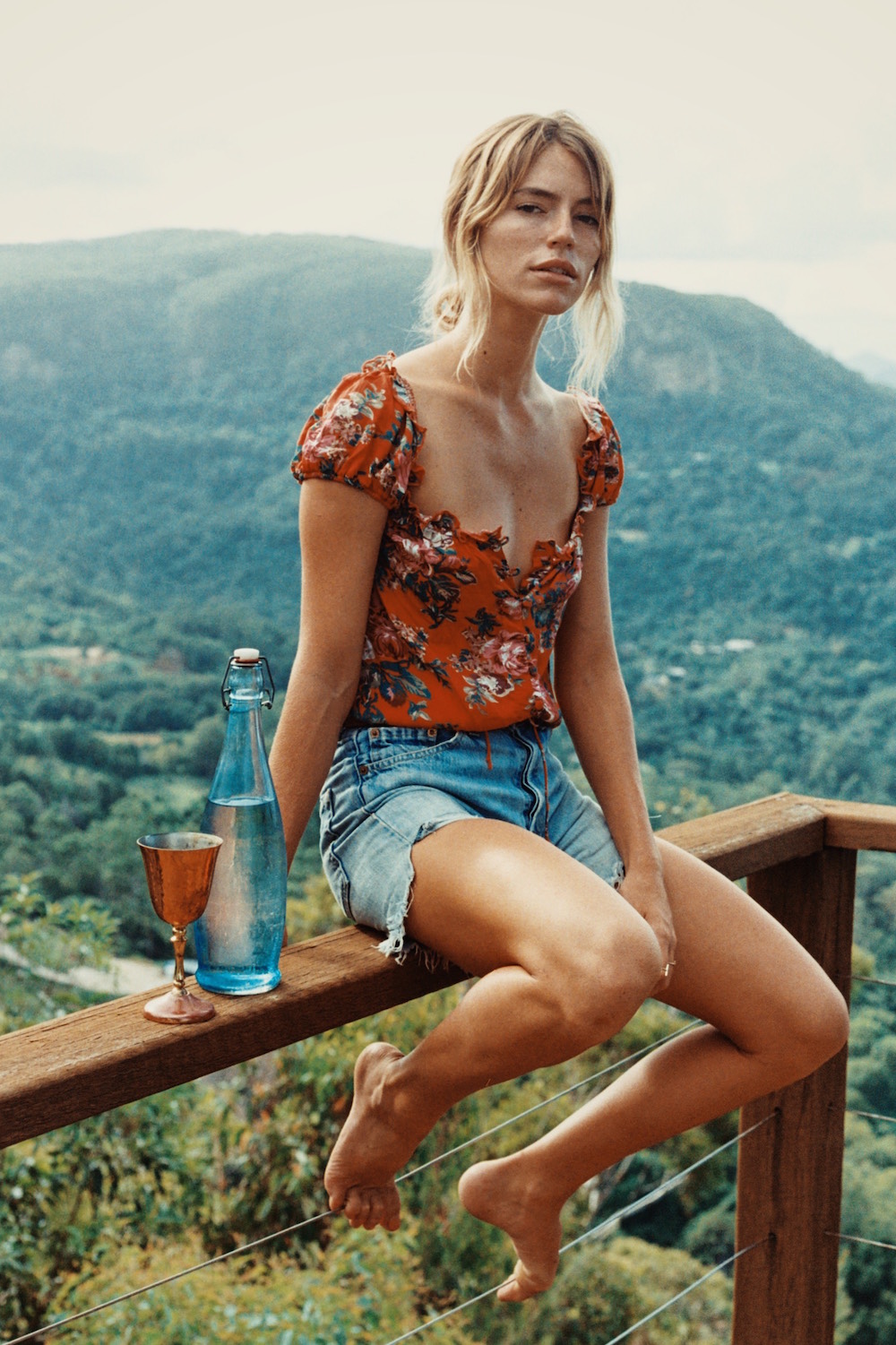 Fuck this is a really tough question - there's been so much cool and interesting things, places and people I've had the pleasure to photograph. For me personally there's a photo of Caitlyn King - and she's on a rock smoking a cigarette and I feel that just embodies what I love about fashion photography. The scenery of Blackwall Reach and the boats just really yeah I'm not sure was special for me. She just looks graceful and free in a really beautiful way.

A really special moment for me too was a photo of Anastasia Bijou but we'll have to save that for next time! 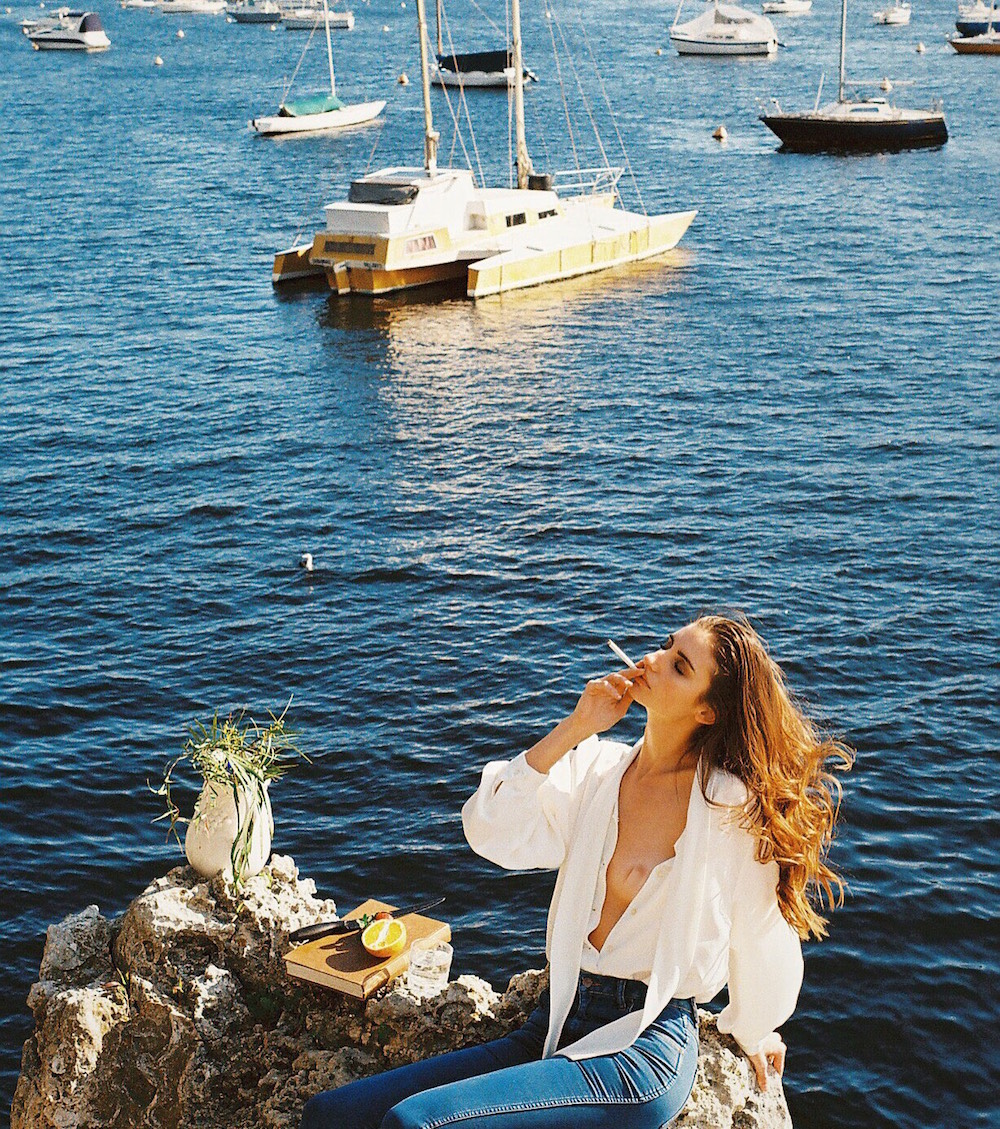 Oh man. Music is so fucking beautiful haha it's more inspiring to me than anything I've ever come across. If I could be one thing in this life time it would be a musician. So definitely a staple for editing and life in itself. The feeling of sifting through a roll of film, with your favourite artists vocals in the background and getting something special unfold is pure euphoria. 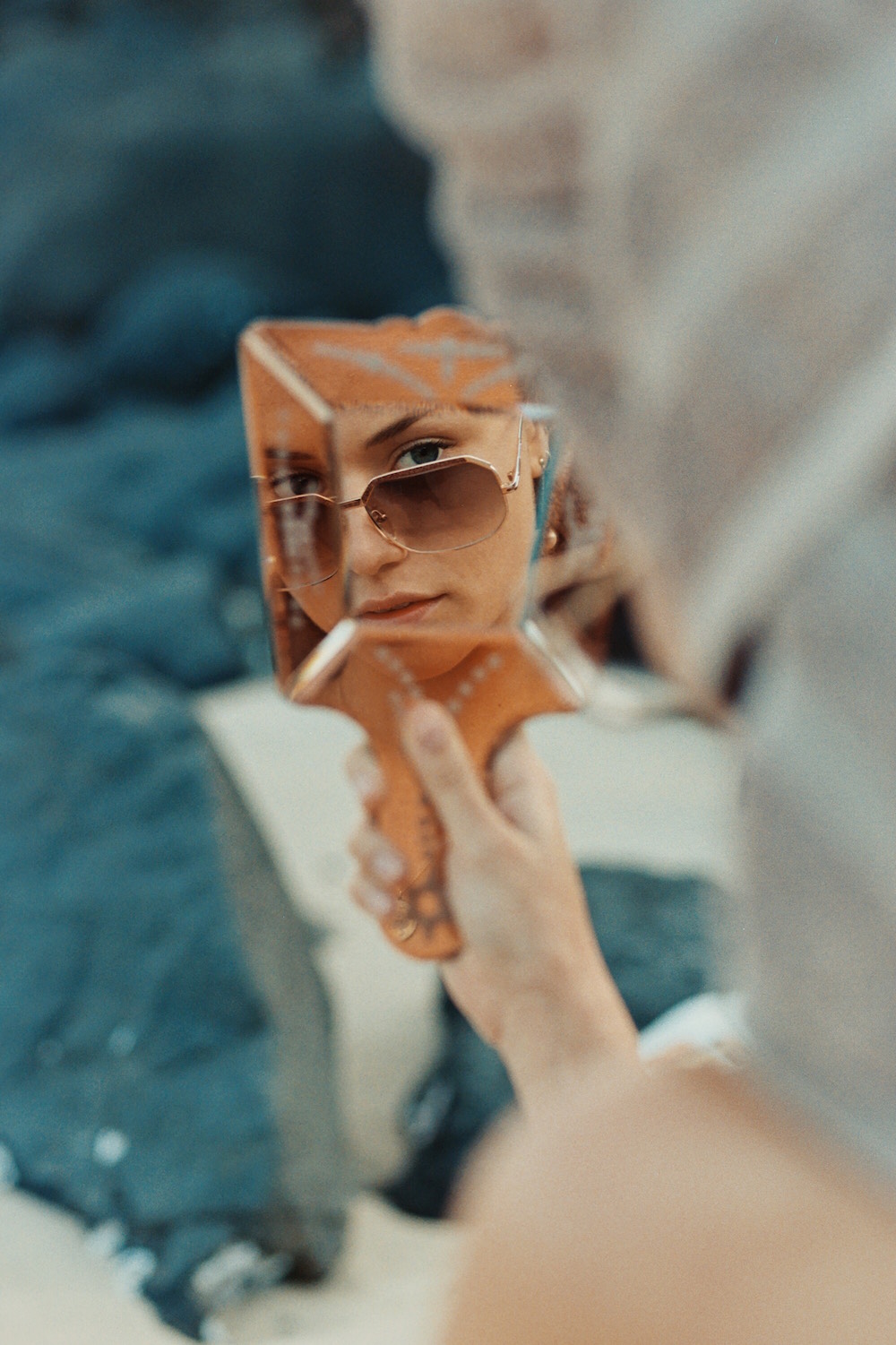 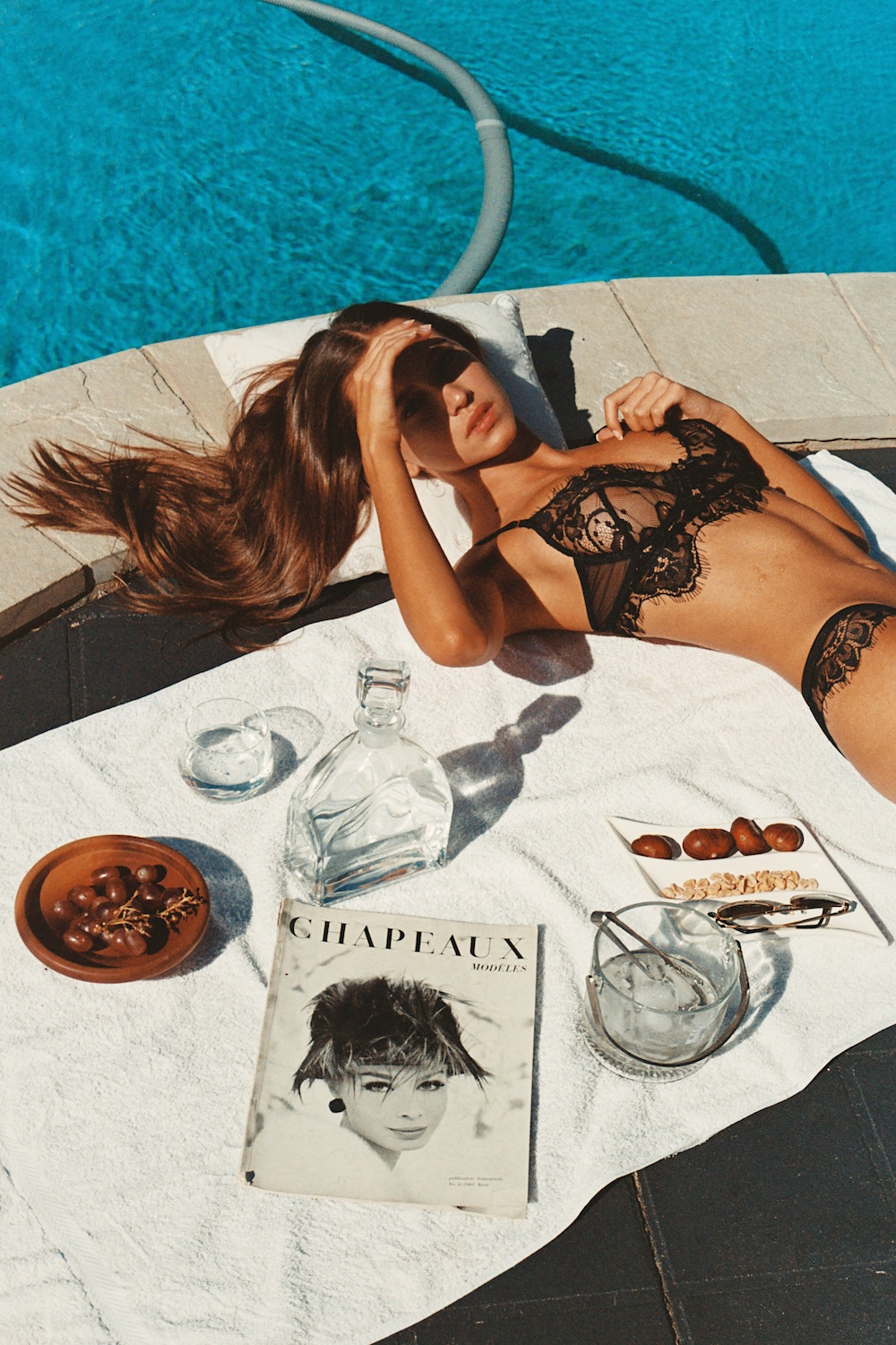 I'd say Stephanie Seymour or Linda Evangelista. Those two were something else. A dream location for me would be somewhere along the Amalfi Coast in Italy. Alternatively a dream setting - would be some of the locations Slim Aaron's worked around. Those were breathtaking! 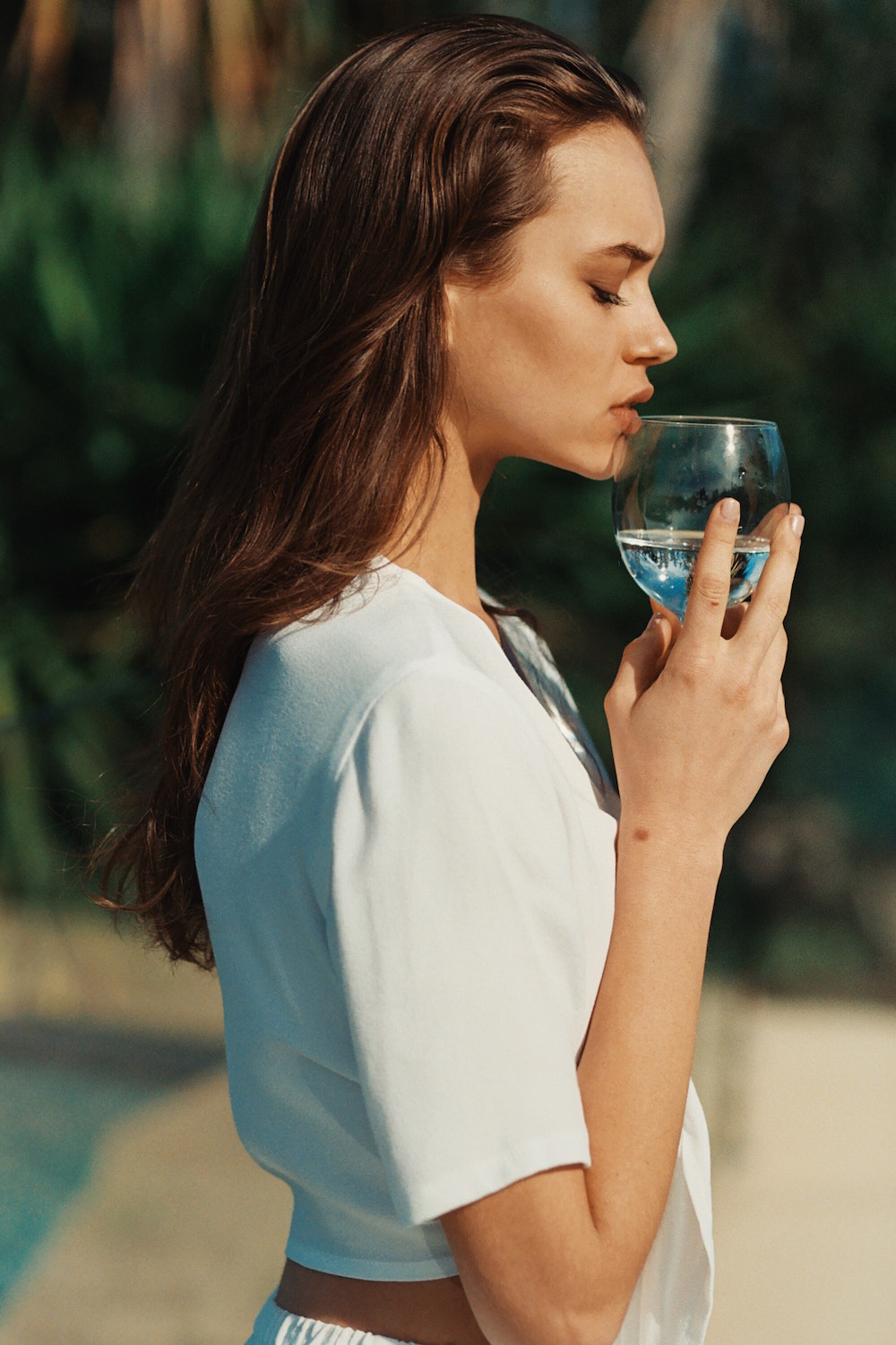 Ah unfortunately I haven't really seen anyone new pop up as of late. Which is a bit heavy, and has led me to find other avenues like Tumblr and Pinterest. Photographers you should definitely check out though: 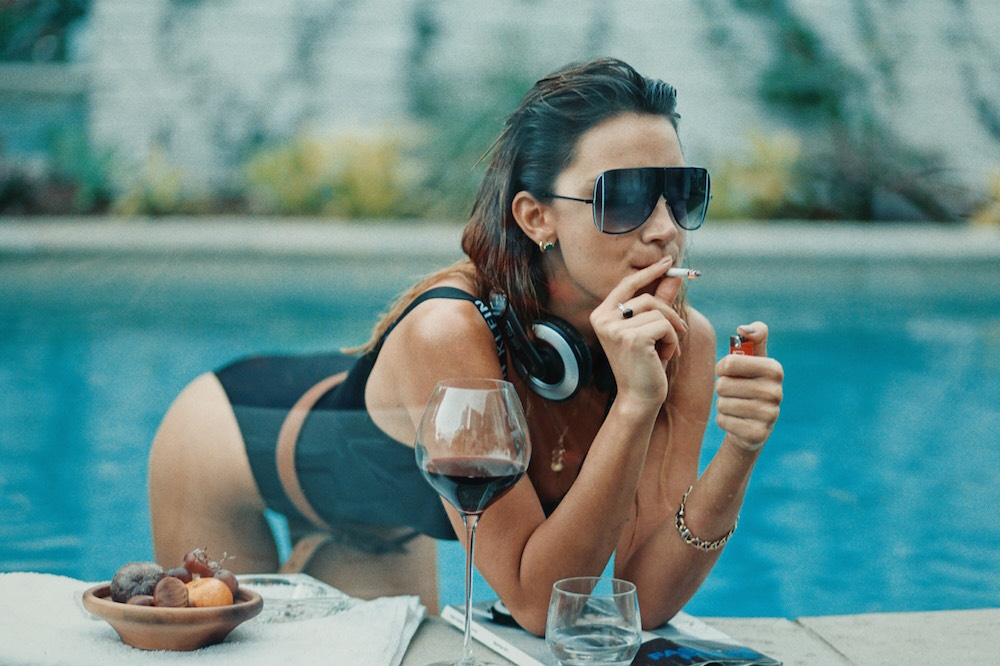 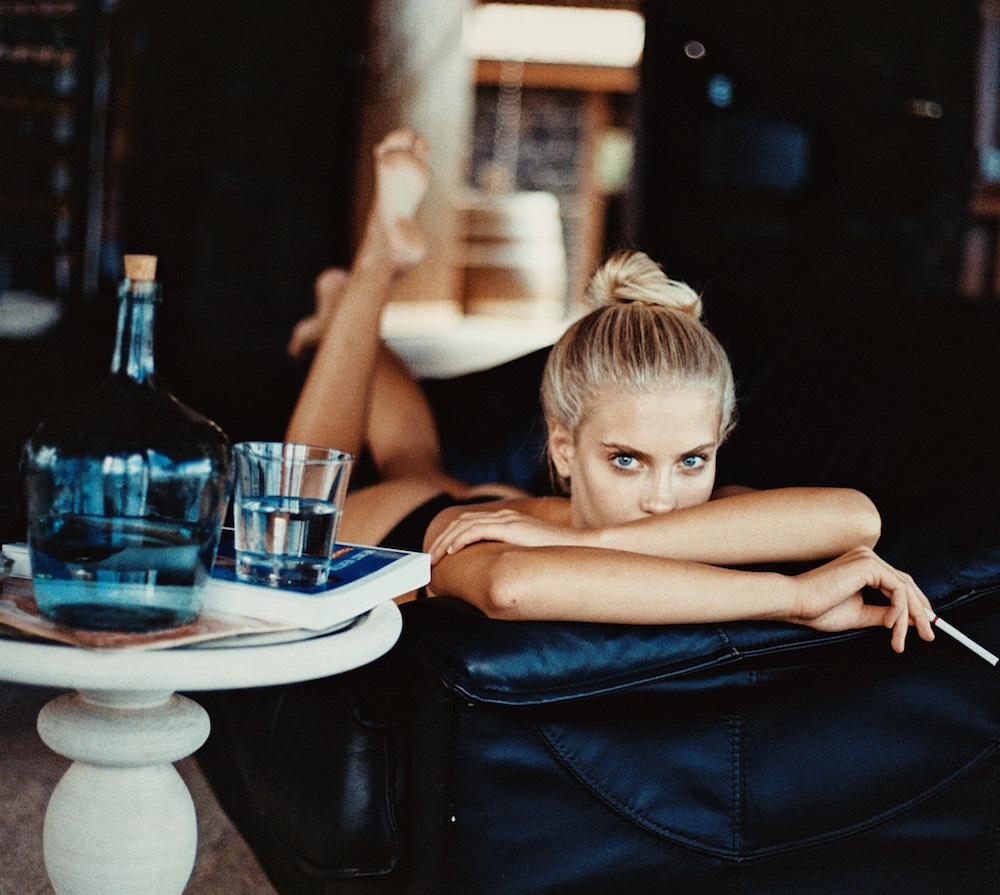 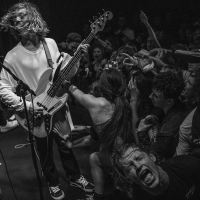 Behind The Lens: Dani HansenWork experience kid interviews his favourite photographers, next up - Dani Hansen. 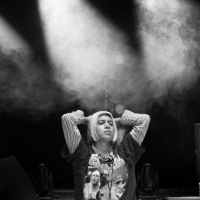 Photo Diary: Go behind the scenes of Ecca Vandal's Australian tour supporting QOTSAThe genre-bending Melbourne musician supported the rock heavyweights on their Splendour In The Grass sideshows earlier this year.

GTM got off to a blinder last weekend.