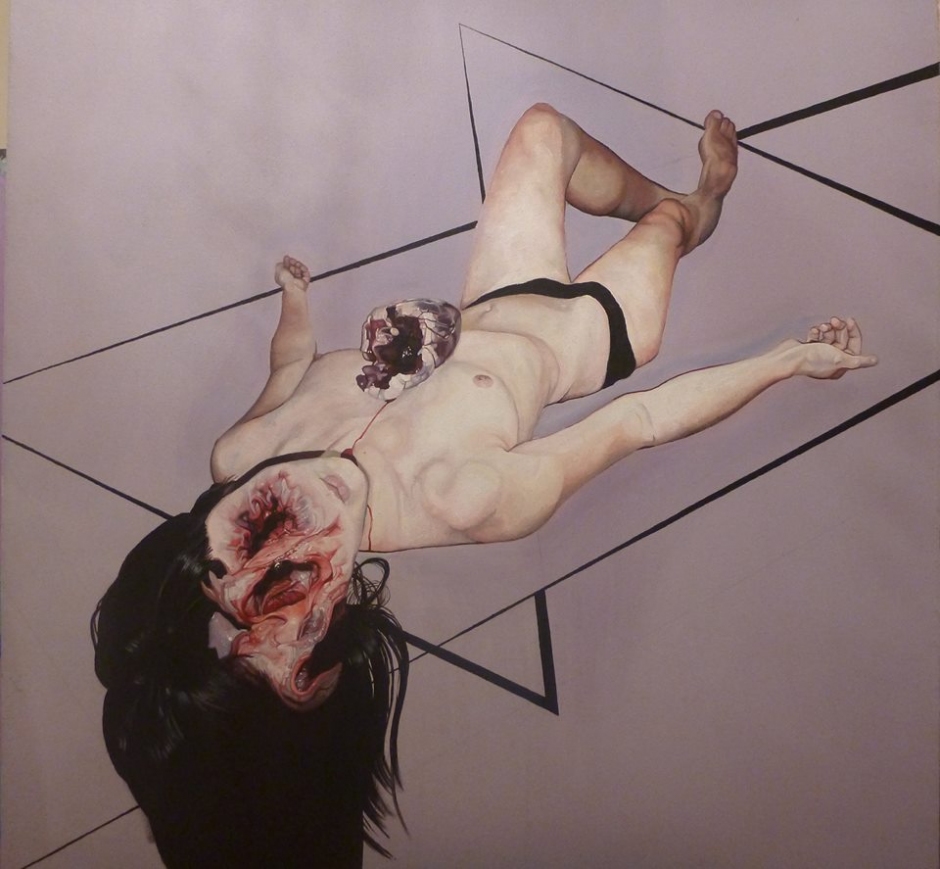 With a unique combination of playful pop art and grotesque imagery, local painter and visual artist, Mow Skwoz, has been working on some incredible pieces of artwork which are guaranteed to leave an impression. We had a chat with her this week and learned a bit about herself as an artist, her influences, and her upcoming show tonight (Monday 14 July) at The Bird, Northbridge. 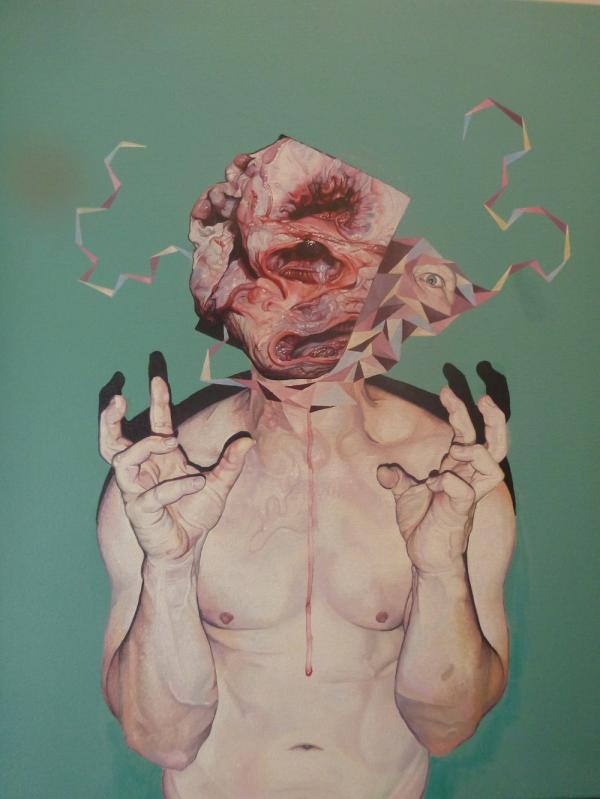 First of all can, you tell us a bit about the creative mind behind Mow Skwoz?

Ma Meeshka Mow Skwoz is a Mr Bungle song from the album Disco Volante. They were one of the first bands that I loved when I was younger and I always thought that song was about a cat called Mow Skwoz, and I thought it was a cool name. Turns out it’s just indecipherable rambling! When I started doing my drawings and such, I applied it to my art then and it just kinda stuck I guess.

My actual last name is long, greek, nasty and apparently unpronounceable, but then again, Skwoz is turning out a bit that way itself!

I noticed that deformity and mutilation of the human form is a common theme throughout your art. Do you find these sorts of thing, in an artistic sense, more fascinating or disturbing?

I find them quite fascinating, mostly because they are disturbing, I think. I love the feeling of looking at something or reading a story and it making you want to look away or feel sick. That instant disgust, discomfort or horror attracts me a lot. On one side of it, I read a lot about serial killers, also the atrocities that people have inflicted on each other. At the moment I am reading a book about Vietnam veterans and the things they witnessed, and their subsequent PTSD that was the result of that horror they witnessed. That sickness you feel when you read a detailed description of one of these acts is what I try and go for. On the lighter side of it, I also love the uncomfortable, perverse and demented things that make you want to look away. Like John Waters movies or Ren and Stimpy.

Does all of your art begin with an original concept, or do you put pen to paper and let the idea form itself?

It usually starts with a skeleton of an idea, and then it tends to form itself once I’ve got the basic structure down. 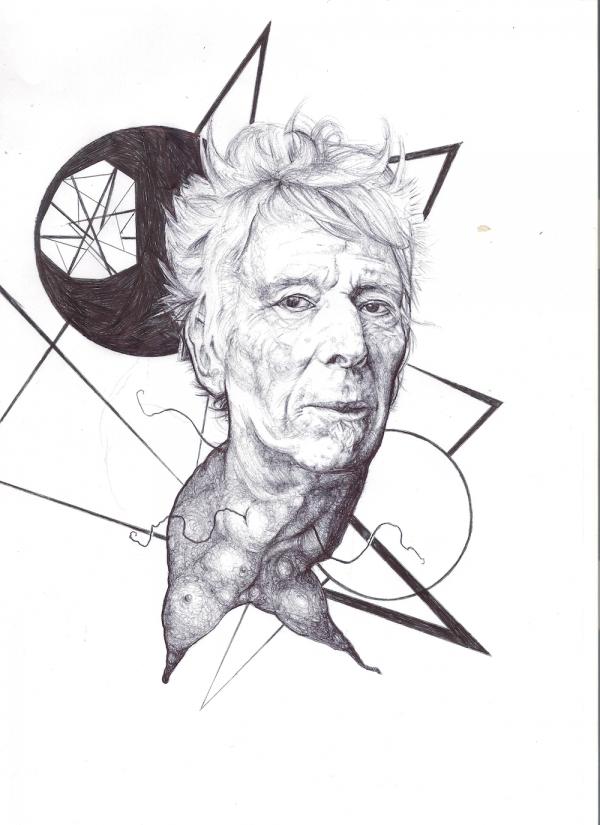 I trust some people will be disturbed by some of the gory details and controversial themes in some of your more recent art. Is this something you are wary of during the creative process?

I wouldn’t say wary, but I am aware of it yes! To be honest, I really don’t mind if people are upset, or are somehow offended at the subject matter! I’m not really out to please anyone, so if they are upset, so be it. It’d be interesting to find out how or why people would find it confronting, though.

Compared to the cuddly cartoon creatures that you were drawing a few years ago, it seems like your art has taken a darker and more sinister turn. Has this been, in any way, reflective of your headspace as a person or just your natural progression as an artist?

I think it’s a little of both. Its kinda like an acceptence of what's inside over time, and being confident enough to give it a go and see if I can paint it. I have never been happier then I am now, and all the dark shit is coming out!

Was Human Biology an interest of yours throughout high school, and if so, do you think your interest in it has been explored through your art?

It has always fascinated me, although I sucked at it in high school! Think I ended up getting an 'E'. I loved the pictures or anatomy and looking at animal anatomy and how it’s structured. Also, I’ve always loved the look of those old anatomy diagrams! Those are amazing and creepy.

Although some of your art reminds me of the grotesque images you see on anti-smoking campaigns used as a scare tactic to disturb people, I’ve found there is a consistent element of beauty throughout your art as well. How do you go about achieving a cohesive piece of work with such polarised themes in it?

I’m really not sure! I love looking at beautiful realism and also strong colour and design, like in comic books. Maybe it has come through like that? I look at a shit ton of art, and even if its not what I'm into, I try and appreciate at least one aspect of all styles. 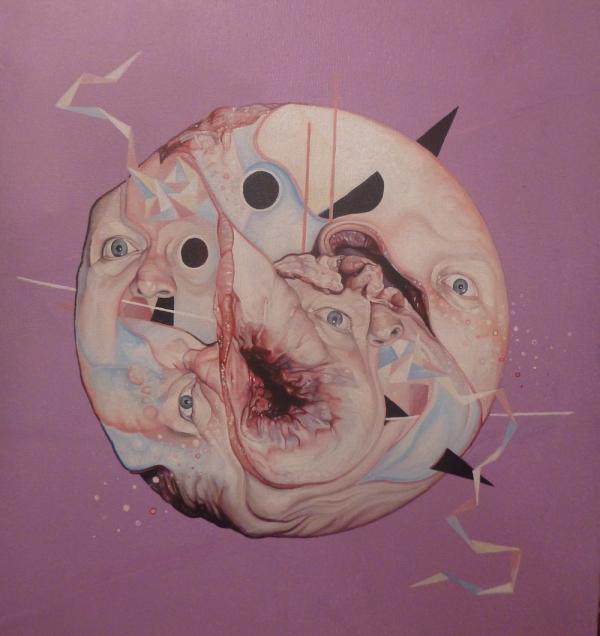 Some of the colour palettes in your art make me thing of the 50’s pop art movement. Do you think this is something that has influenced yourself as an artist?

Well I’d say its a part of it! I love Warhol, and that kind of stuff, but I think most of my colour inspiration comes from cartoons, comic artists, '60s poster design and illustrators. The bright palette is actually a new thing for me (painting wise). I used to only paint on dark backgrounds, but became attracted to solid colour this year. I actually saw an amazing article on an artist whose name I can’t recall, and he used amazing solid colours and contrasted them with excellent black and whites. I remember him describing his palette as one you would see in a hospital. I loved that description. It really stuck with me, and now when I think of colour, I have that lurking in my mind.

I’ve just returned from the US and saw a wide range of art whilst travelling, and you’ve just had some of your art displayed over there a few months ago. How did this opportunity arise?

A couple of years ago, artist and owner of Amphetamine Reptile Records found some of my art online and showed great interest in it. I was pretty new to it then, so i was quite pleased that someone like him was enjoying my stuff! He helped me a lot sharing it around the web and promoting it on his page and stuff, which gave me the confidence to keep going with it. So with that came a little international fanbase of creeps and weirdos (I say that with love!). One of his followers runs as skateboard company, The Dark Slide, and asked me to paint a deck for his show, so thats how that happened! Also just recently, Tom had me do the back cover for one of Amreps bands, hepa/Titus, lastest release. So that was really great to do that with him! 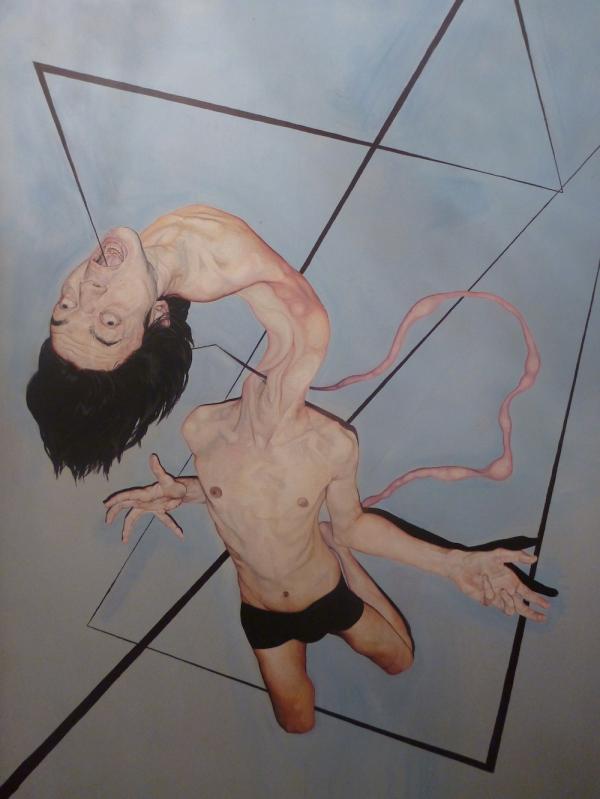 I hear you have an art show coming up this week in Northbridge. Will this be a themed show or will it be a mixture of all of your art?

The Wire Mother will be a show of my last six months of paintings. Not really a theme, but certainly colour and pig heart wise! I guess you could say the theme is trauma. The Wire Mother refers to an experiment in the '60s that Harry F. Harlow conducted. He took a bunch of newborn baby monkeys and instead of having them raised by their parent, he built two artificial 'Mothers'. The wire and the cloth. The cloth had warmth but the wire had the food. It was an experiment on the need for human touch, affection and care in order to survive. Well, both the monkeys freaked out completely and died.

What else can we expect to see at The Wire Mother?

We, theres gonna be a one-sided lathe cut 10” clear vinyl single available to purchase on the night (edition of 25), featuring Void Manes, Kevin Rutmanis, my dad and myself. It's kinda a weird ambient soundtrack to the paintings. All the vinyl will have hand-made covers, with some prints of my art displayed on them. A couple of my good mates will be DJing some great soul, psyche and punk music, which should be enjoyable. 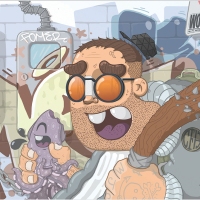 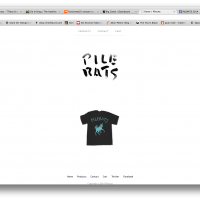 A quick chat with surfer/artist/Goons Of Doom lord Ozzie Wright ahead of Sweaty Palms this weekend.