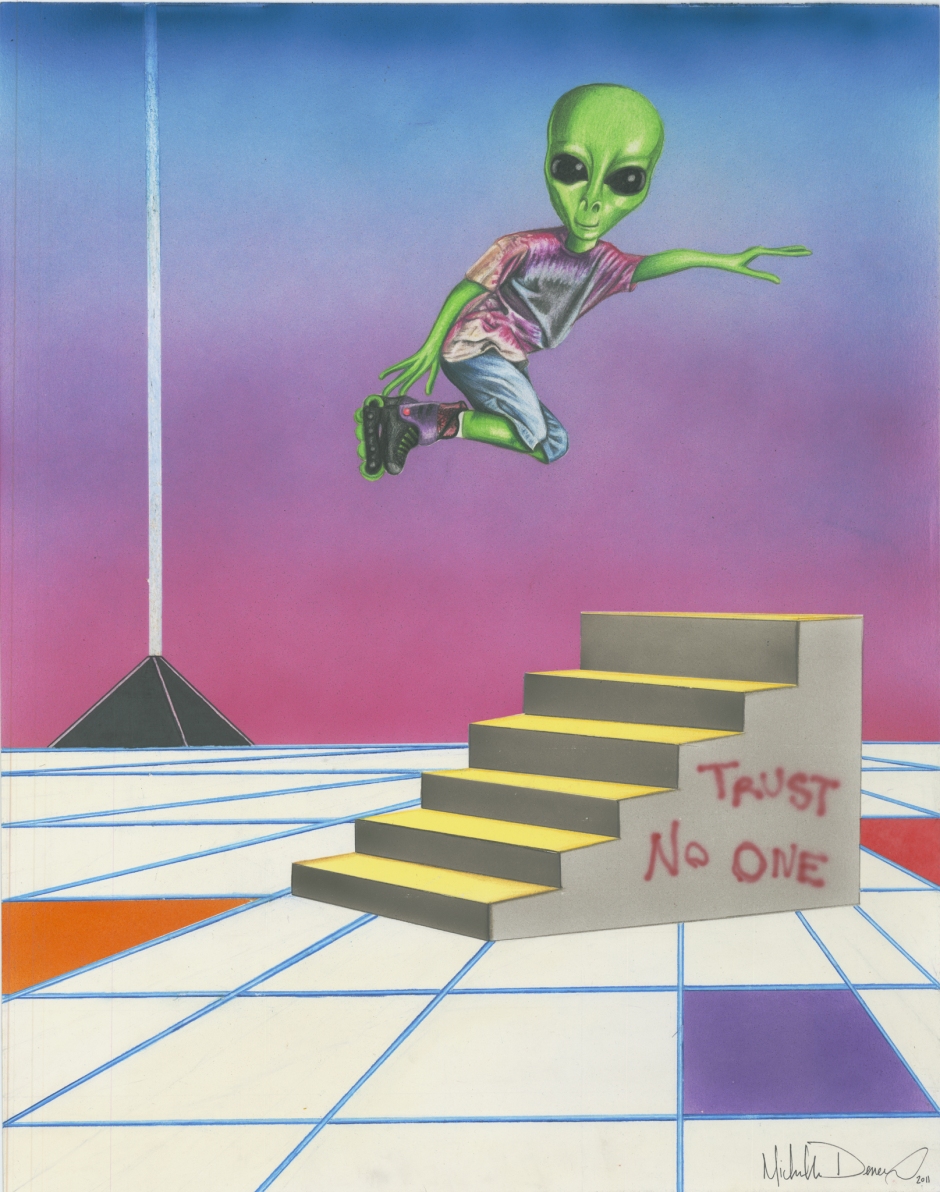 The weird and wonderful world of Michelle Devereux and 'Dude Pizza'.

Michelle Devereux was born in 1982 in Dallas TX, received her B.A. in studio art from Bard College in Upstate New York, and lives and works in Austin, Texas. She is a contributing artist for Austin multimedia label, Monofonus Press, a member of a female-centric video collective called Austin Video Bee, and is a co-founder of an art-circuit tap troupe known as What’s Tappening?! She also plays drums in an apocalypse-inspired chick band called Storm Shelter. Her current work is comprised mostly of coloured pencil drawings mixed with airbrush.

Before we talk about drawing and pizza, I want to know about yourtap group...please do explain?!

Well, its called What’s Tappening?! and it came out of me and my two friends having to perform at a talent show in Austin. None of us knew how to tap dance, we still don’t, but we bought tap shoes off ebay and learned routines off the internet and then performed them to a medley of Steppenwolf’s “Magic Carpet Ride” and TLC’s “Creep”, did I mention we were also dressed as hobos? Well we were, and the rest is history. After that people kept asking us to perform at various performance events around town. I think our charm and lack of talent made a magical combo, not to mention our song choices, of course. “Fake it till you make it” was our mantra, which is definitely a recurring theme in my life.

You truly are an "all singing, all dancing" artist doing really cool things across multiple creative fields. Have you always just simply had a real passion for creating?

Like I said, I tend to delve into a lot of things without ever asking myself if I actually know what or why I’m doing them. So...yes! That and I think I have a high threshold for embarrassment.

Big stuff, cowboy hats, oil tycoons, hot sauce and college football movies. Without using Wikipedia, that is my totally ignorant, current lack of knowledge about Texas. Yet more specifically when I think about Austin, the only thing that springs to mind is SXSW, I guess Austin is kinda the creative hub of Texas? It sounds like a really great place for artists to live?

Yeah, all that stuff definitely exists, even in Austin. But yes, Austin is definitely an artistic hub and it is becoming more and more known for that because of SXSW. I mean, I live on an art compound (the second art compound I’ve lived on here) that houses my studio and eight other studios, in fact all the dudes in my drawings are the other artists that work here. It also houses a practice space for bands and is the home of a local record label and multi-media organization known as Monofonus Press (http://monofonuspress.com/) that acts as a kind of promoter for a really wide range of creative projects. So yeah, I’d say its a good place for artists to be. 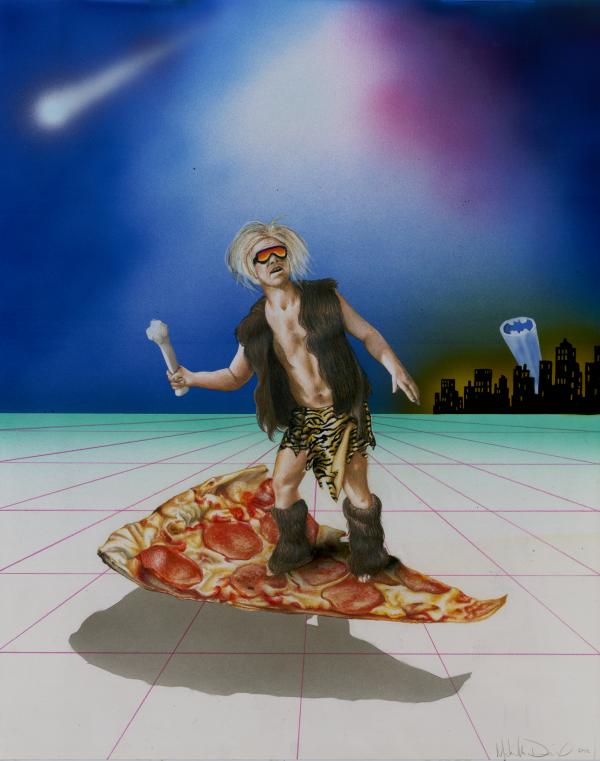 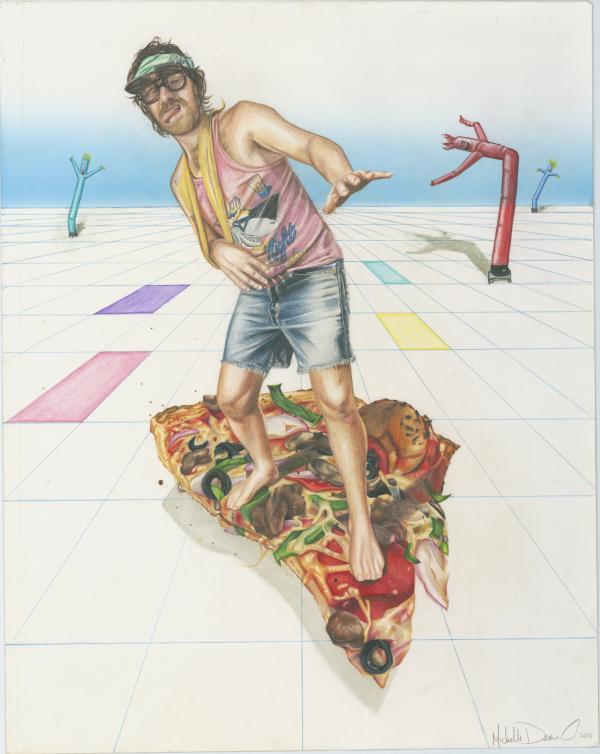 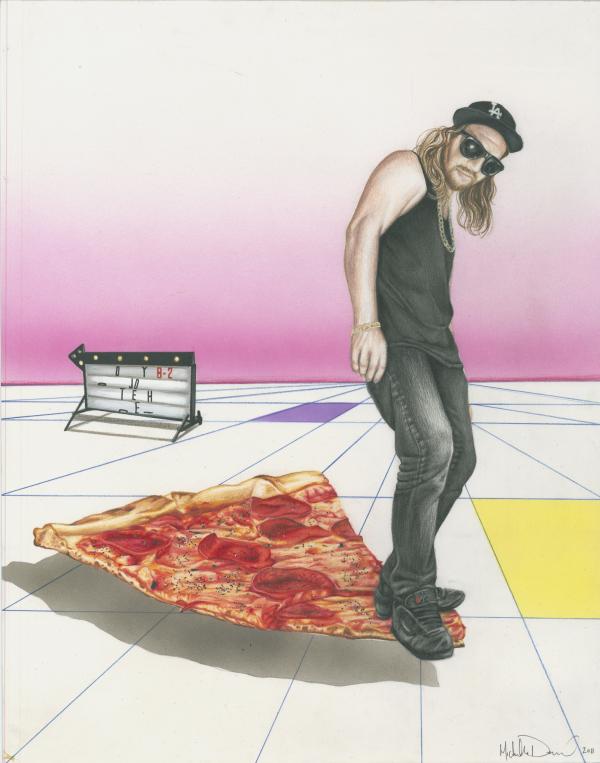 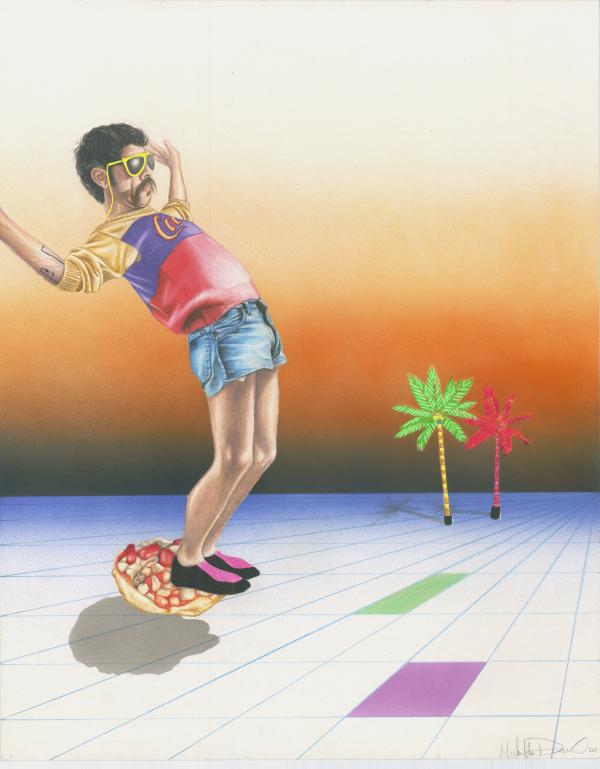 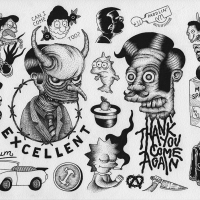 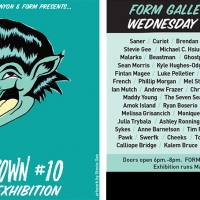 Take a look at the nightmarish fantasy world of illustrator stuntkid.

Creepy critters for your week.