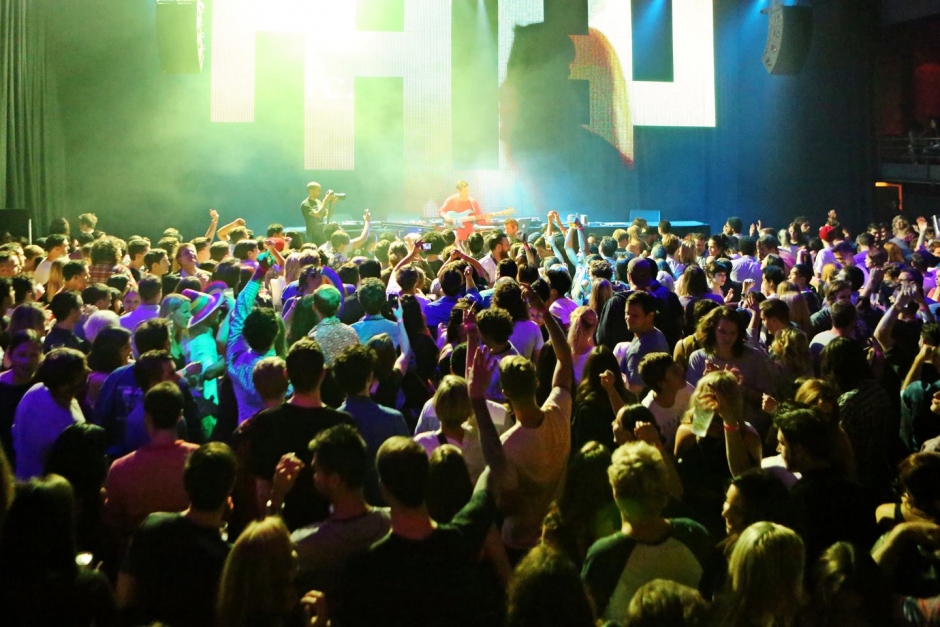 How much can you accomplish in 12 months? I can think of one guy who could probably trump that. King of Bass and veteran in the Australian music scene, Michael Di Francesco – better known as Touch Sensitive – is one of the many amazing acts to be playing CIRCO Festival next weekend in Perth (got yo TICKET YET?). In between Pizza Guy, a US tour and multiple remixes and collaborations, Touch Sensitive has made a pretty reputable name for himself in the Australian and International Dance Music scene. We got to chat with him to discuss his recent success, being a perfectionist and what’s still to come.

Well first of all – congratulations on a huge 12 months! What’s been the highlight so far?

Probably when I came back to Australia – as soon as the Pizza Guy track came out, I pretty much went straight to America and spent some time there. But then when I cam back to Australia, I did the Listen Out festival. So I guess coming back and actually being able to play for “my people” was definitely a highlight, and actually being able to be like “Oh wow! People actually like this!”

Yeah! Coming back and people know who you are!

Yeah! That was definitely the highlight… Actually no… The highlight was actually just being able to finish it, and for the songs to come out. I find it so hard to actually say “that’s done”.

Actually you know what – it’s probably complete within the first few hours, but I chop it and change it, and change it again, and question it and question that and you know… So that’s been good. It took one of my managers to say, “Dude, it’s been a year… What the fuck are you doing? Hurry up and finish something!”

Well your collab with Anna Lunoe was finished – and was actually pretty awesome! What was it like working with her? Is she a friend of yours?

Yeah! I’ve known her for ages! I heard a track that she had done with another friend of ours – the track that she had done with our mutual friend was kind of like a disco sort of thing, and I told her that I’d love to work with her if that’s the type of music she is going to be making. But then she came over and, I don’t know, it just didn’t go that way, and that track went through so many different stages to get to where it was in the end.

So it was a long time coming! How does working with friends go in that situation – is it easier or is it more challenging because you kind of have to be respectful of their feelings?

Well actually, if it wasn’t for her the track would never have been finished. She was on my back constantly saying “come on!” She really believed in it – besides my girlfriend, she is the hardest working woman I know… I mean I’m sure there are others but… She works really, really hard, and that’s why she’s doing so well!

Well yeah, now the song is pretty huge on it’s own! Did you expect that to happen?

Absolutely not! Even when we did it, I was kind of like “Ah, yeah, I’m not really sure if I want to even put my name on it or whether or not I want to be a part of it – maybe you can just have it” but then Future Classic were like “No, no, no! It’s been ages, you’ve got to do something!” but yeah it all worked out well! It’s just because I can’t decide when something is finished.

It depends. I’ve had awesome shows as both. I do like smaller venues, with no soundcheck and just rushing in and doing it and hoping nothing will fuck up. But that’s the same with festivals. The good thing about festivals is the production is always amazing. They’re both great; the fact that anyone asks me to play either… I can’t complain about either.

Well how does it compare, playing as Touch Sensitive to playing with Van She?

Well the last time I did a gig with Van She was last year, somewhere in America. We hadn’t seen each other for ages, and we just had so much fun. I really miss just hanging out with my friends, they’re my best buddies. In Van She, I played keyboards, but in this I get to play bass as well. It’s my first instrument, and I guess I feel more responsible for the way people dance as Touch Sensitive. With the keyboard, you can do funky parts that make you dance, but Van She we didn’t really plunge into too many of those parts. So, I’m really enjoying this right now.

You’ve been a part of two “musical uprisings” let’s say – back with Van She around the same time as Bag Raiders, Cut Copy, Miami Horror etc, and now with the current rise of Australian EDM. What are your thoughts on what’s happening right now with Australia?

Ohhh – it’s scary! There is SO much stuff coming out...

Do you have any advice for any upcoming DJs and Producers out there? Lots of people would probably look up to you!

Oh, well that’s really nice! I think what I would suggest is probably what most people are doing. The one thing that I would add is that during the whole time with Van She, whether it be with promoters or at shows – I’m pretty certain that I was never an asshole to anyone, and the people that booked Van She back then, I’m going to now as Touch Sensitive, and they’re the promoter of a gig that is much bigger now.  I think it’s just really important to be nice to people and talk to people. People also like to book you if you’re nice – now I’ve got people all over Australia in different cities that I will see and hang with when I’m there. That’s not really career advice though…

That’s more general life advice to not be an asshole!

Right! But career advice – there’s book called Music Business. That’s the best place to start. However, people that are coming into the industry now probably see it completely differently to how I see it, coming in with Van She, when we signed a record deal it was more at the end of that model where bands were signing really bad deals. I don’t think that really happens anymore. I think artists are a lot smarter now – you don’t NEED a major label anymore.

Exactly! There are a few artists that are really successful and you find out they’re independent; you go “Woah! They did all of that on their own?!”

Yeah I heard that Ta-Ku has been offered deals numerous times, but he’s just happy doing what he does, and doing it incredibly well. That’s the other thing. First of all, you have to have a really good idea. You know the saying, “all gear, and no idea”?

So what should we be keeping our eyes peeled for, Touch Sensitive related? I read that your next release will have the “A side for the disco, B side for the bedroom”?

Well it’s kind of looking like the B side will be the single too! That will be out hopefully really soon. There’s a remix that I’ve done for someone but I don’t know if I can say yet…

Alongside CIRCO and Splendour!

Well yeah, CIRCO is going to be awesome. I’m a huge Onra fan, so it will be sweet!

CIRCO is hitting Claremont Showgrounds on June 28 – be sure to get tickets HERE. 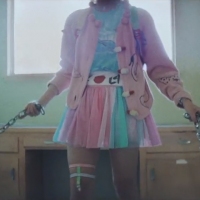 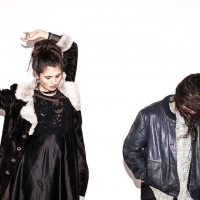