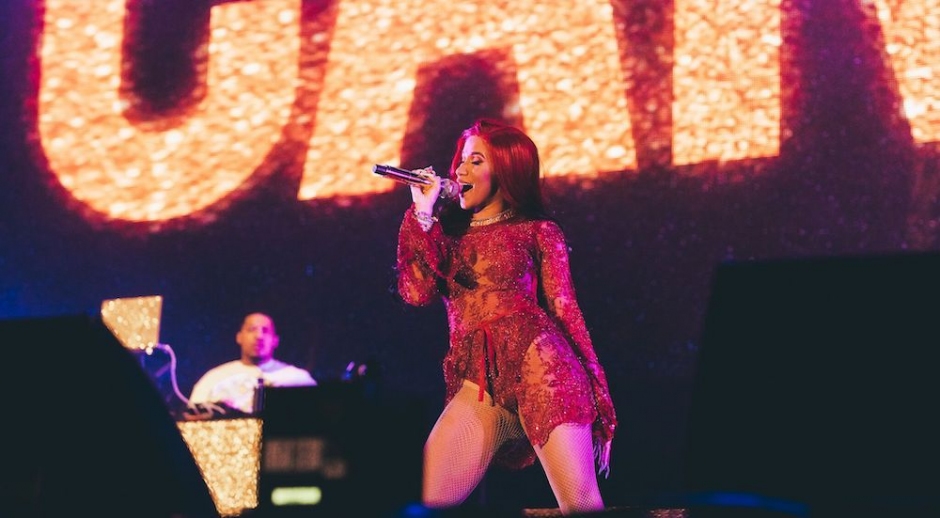 Header photo and all in-article photos by Perrywinkle Photography.

Australia has a complicated relationship with international hip-hop. Our isolation and focus on other genres means that the rise of overseas rappers are comparatively long-delayed in Australia versus foreign markets, and even then, when an artist eventually does become commercially successful enough to move enough tickets to warrant a tour or festival billing, our government’s harsh VISA regulations occasionally prevents them from coming.

It’s unfortunate because it ultimately means that we’re missing out on a grand-scale international movement. At the start of 2018, hip-hop officially passed rock to become music’s most popular genre, driven further by a year packed full of releases from some of the genre’s biggest – Kanye, Drake, Kendrick, Beyoncé & Jay-Z included. While Australia has undoubtedly felt the ripples from the genre’s international dominance, it’s mostly been reserved for the bigger names, like Drake and Post Malone, who together have more ARIA top ten-charting singles than any other artist, while others finding success overseas are left mainly shut out of what could be a significant Australian market. There are acts including Cardi B, who has proved to be an unstoppable force internationally this year, however only commercially recognised in Australia via two pop features. Travis Scott’s ASTROWORLD success is another example, just finding Australian triumph in the much-recent charting of SICKO MODE months after release. Elsewhere, there are a collection of others that have been 2018’s highest-selling artists in the US, only to be entirely locked out of Australia’s charts with little to no commercial success – BlocBoy JB, J. Cole, Lil Baby and Meek Mill among them.

The one place that hip-hop has seemingly become increasingly recognised, however, is in our festival line-ups. Anderson .Paak, Juice WRLD, Dizzee Rascal and the 88Rising collective top the Falls Festival line-up, typically known for its more indie and rock-focused billings, while New Year festivals including Beyond The Valley and Field Day dipped into a pool of talent that ranges from AJ Tracey and SUPERDUPERKYLE to Joey Bada$$ and Sheck Wes. Even Splendour In The Grass, whose apparent ignorance in international hip-hop left obvious holes in their line-up (they only booked two international rappers in 2018), brought us one of the genre’s biggest names – Kendrick Lamar.

World-recognised as a hub for electronic music, particularly dubstep and drum’n’bass, Origin Field’s 2018 line-up was perhaps the biggest sign of international hip-hop’s increasing presence in Australian commercialism. While their electronic focus was still prevalent (Pendulum, PNAU, Tchami x Malaa and Hayden James were among the splattering of electronic-bounded highlights), it was ultimately the rappers that stole the show. Despite the last-minute cancellations of Migos and Smokepurpp, hip-hop’s international success was felt at Origin Fields perhaps more than anywhere else in Australia last year – not in an in-your-face, dominative way like you’d expect from a festival like the Australia-bound rap-hot-spot Rolling Loud, but in a way more indirect and subtle.

It primarily came through the energy and emphasis felt at the hip-hop sets. This year, the heavy electronic focus of Origin still felt present through Pendulum and Tchami, but in a way where they felt more like an accompaniment to the hip-hop stars in the same way Schoolboy Q and Stormzy felt like the accompaniment to DJ Snake the year prior. Pendulum’s festival-closing homecoming felt victorious, but Cardi B’s set the day before – her first in Australia – was even more-so, every movement and lyric mimicked back to her in a way that’s hard to feel in an electronic act like Pendulum. 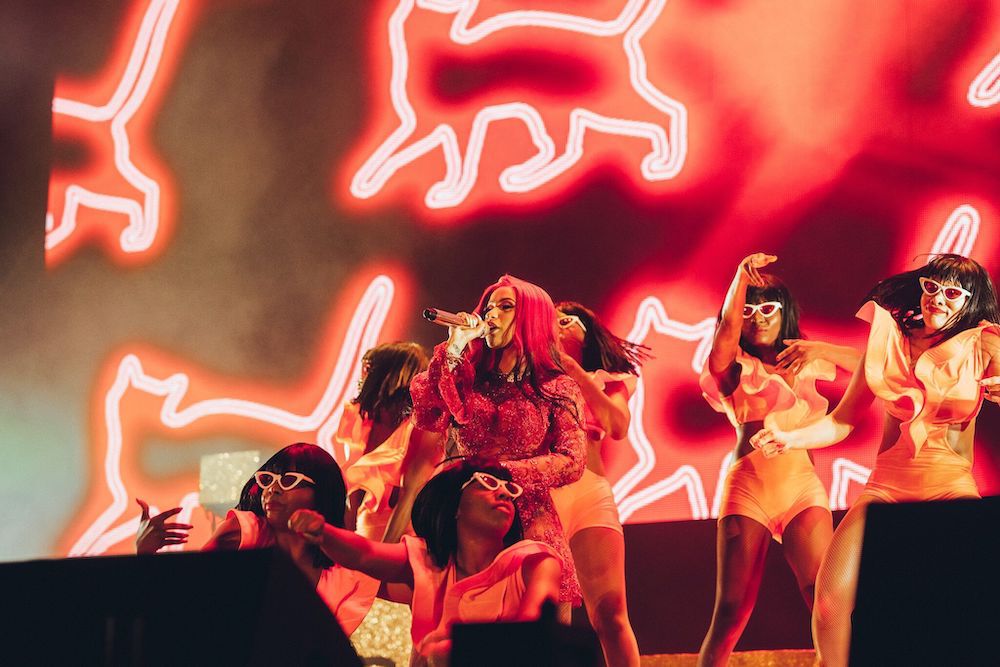 Cardi B’s headline set is the most obvious – and perhaps easiest – example, but it’s also the most significant. Her unapologetic and uncensored presence in hip-hop has aided in the rise of acts including Rico Nasty and Leikeli47, bringing female control to a male-dominated genre that hasn’t been felt since Nicki Minaj’s early rise. She’s the first female artist to take a headline slot at Origin, eclipsing Kehlani and AlunaGeorge of years prior, but she was arguably the festival’s most anticipated act – proving that there’s a possible demand for this to continue in the future. Additionally, her runaway Latin-trap success I Like It has helped aid Latin America’s surging popularity in Australia, bridging the gap between a global runaway hit like Despacito and acts including I Like It’s featured artists J Balvin and Bad Bunny – two Latin-trap musicians quickly becoming some of the US’ highest-selling, and gradually rising in profile across Australia thanks to Cardi's influence.

Hip-hop’s dominance was present elsewhere too. While his co-headline show saw the BPM plunge and the emotions rise, Khalid’s festival-exclusive appearance was one of the festival’s most attended, despite his expressive singalongs – Location, Better, Love Lies – being something that would sit like a severe outlier of a festival as early as two years ago. On day two, English grime MC AJ Tracey had one of the festival’s liveliest crowds despite the peak-heat late-afternoon sun, while the back-to-back-to-back victories of Mo Bamba break-out Sheck Wes, SUPERDUPERKYLE and Florida rapper Denzel Curry further fuelling the flame, the latter delivering one of the festival’s most impressive and twisted sets. 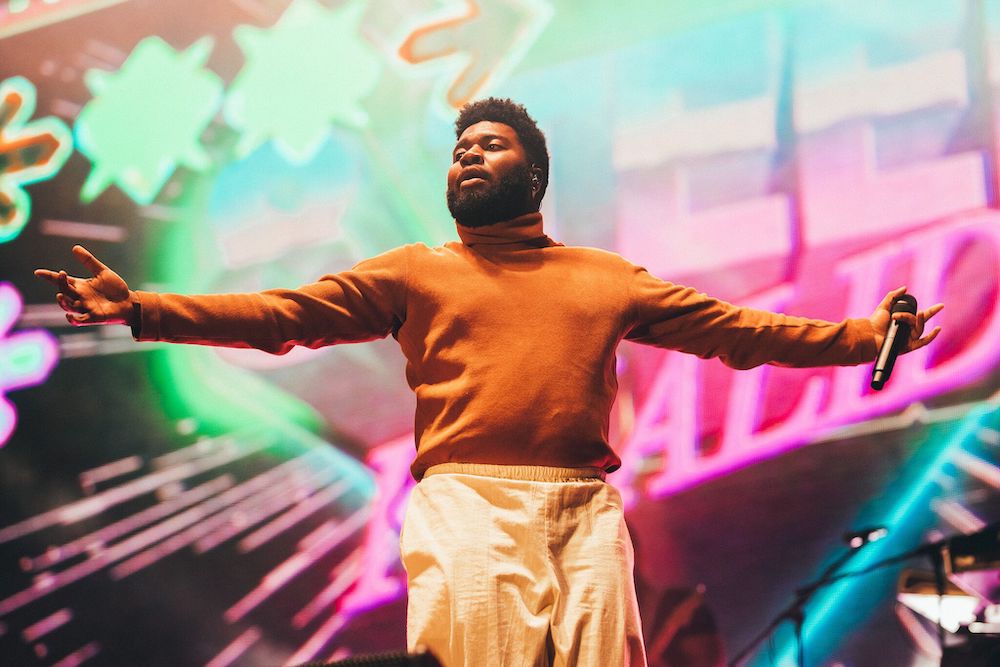 In a similar vein to Cardi B the night before, it's hard to ignore M.I.A.'s Australian return as one of the festival's most successful moments. From the stage-packed Boys to the crying sirens of YALA and of course, the set-closing, mass-singalong Paper Planes, M.I.A.'s Origin Fields set - one of only two in her first Australian visit for a long, long time - felt more like a victory lap of her career against Cardi B's young, excitement-fuelled burst of energy. She took control for the full hour, bouncing through anthems as yellow curtain flowed around her, each minute signalling the return of a rapper whose maturity and forward-thinking ethos has kept her one of the scene's best and most-applauded despite it being three years since her last major release.

In all, the rising profile of hip-hop at Origin Fields was a sign of the festival’s risky diversification into genres away from electronic, pulled off in a way that when it came to hip-hop, felt more triumphant than the push into indie via The Kooks and Tash Sultana. This isn’t to say that neither of those acts nor the standard electronic offering were lacking, it’s more to say that a festival’s move to ride the international hip-hop wave felt amazingly well-timed and well-executed, presenting a festival line-up that caters to the trends of now than yesterday. It's a stark contrast to much of the Australian festival market, whose offerings of same-same lineups and dated, overused headliners have become a major talking point in recent months, and shows the sign of an exciting new era for what has unexpectedly become one of Australia's signature festivals. 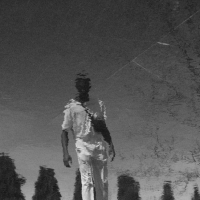 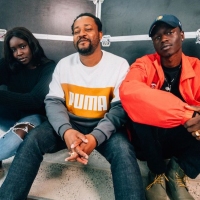 Premiere: P-UniQue & Krown team up for Change ahead of Australian Open showIt's a collaboration between members of Voice For Change - a community-focused music initiative to inspire young people to follow their dreams.