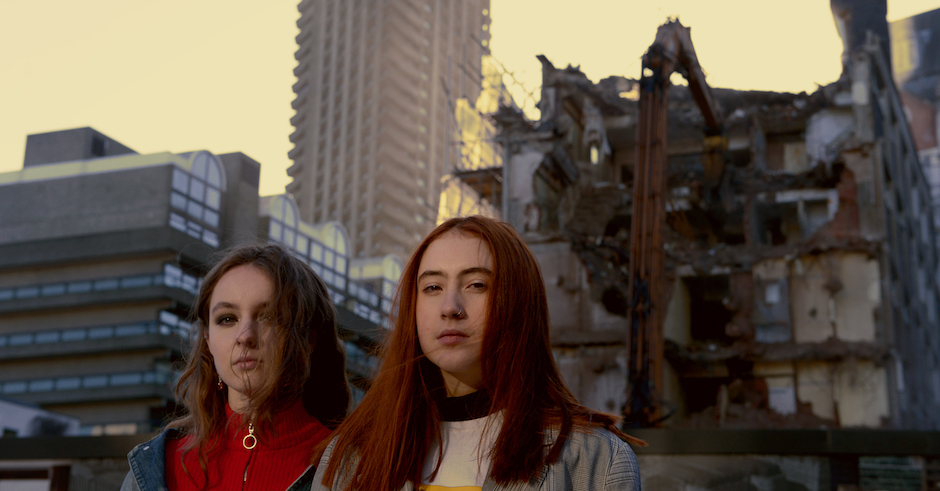 Opening with airy synth chords and soft, tenuous vocals, Hot Pink – the latest single from the cult-loved, UK indie-pop duo Let's Eat Grandma – initially sounds like every other commercial pop ballad. Only, it's actually not. Co-produced by the enigmatic and chaotic UK electronic artist SOPHIE (and Faris Badwan of The Horrors), Hot Pink's restrained pop sound suddenly makes way for a far more tumultuous breakdown, bursting with clanging, metallic ruptures of synth and thick bass kicks. It's a move characteristic of SOPHIE, pushing the limits of pop production with her dynamic style that perfectly contrasts Let's Eat Grandma's saccharine vocals.

Arriving through Transgressive Records, Hot Pink is all about disruption – whether it's aurally disrupting the foundations of quirky electro-pop or, on a grander scale, disrupting gender politics and misconceptions of gender through the single's lyricism and themes. "Hot Pink is about the misconceptions of femininity and masculinity and the power of embracing both of them," the duo, composed of teenage vocalists, multi-instrumentalists and songwriters Rosa Walton and Jenny Hollingworth, say in a provided quote. "It’s about self-expression and appreciation for an underrated colour."

Although finding success in their home country, the pairing have really yet to break out internationally – something Hot Pink's loud abrasiveness may possibly change. Get swept up by the single above, and learn more about Let's Eat Grandma and Hot Pink's creation below.

We’re a duo based in Norwich in the UK and have been making music together as Let’s Eat Grandma for almost six years now. We released our debut album back in 2016 on Transgressive Records and have been working on some new stuff as of late.

Synthy pop music that takes influence from a wide range of genres as well as from visuals. We’re interested in making music which is as immersive as possible and is constantly evolving.

Our writing process for this record has been completely different to the last record. Recently we’ve learnt more about technology, so have been writing using our laptops as opposed to being restricted by what we can play physically at once. When we start working on a new track, usually one of us will build a few layers of an idea by ourselves. Then we’ll talk together about the direction we want the song to go in and topic ideas before passing the track over to the other one to work on for a bit. We spend most of our time together, so this means usually we’re both sitting with our headphones on in the same room, throwing the memory stick back and forth to each other.

It’s important to us that we’re always finding new ways to write so we can continue to let our music evolve. Studying production for a year has massively changed both the way we listen to music and the way we write it. A lot of the tracks we’ve recorded recently are based off bounces of sounds we’ve used on our demos with the addition of some cool vintage synths.

Can you tell us about your new single, Hot Pink, and how it came about?

Hot Pink is an R&B influenced pop track which was born from a collaboration with our label-mate SOPHIE and our friend Faris Badwan. We wanted to write about the focus which people have on putting people into boxes in terms of gender and also the misguided assumptions which people make about feminine people. Previous to working with Faris and SOPHIE we’d never done any writing collaborations before so it was an interesting new experience for us; all 4 of us have different strengths and influences when it comes to production and songwriting which I think gave Hot Pink its unique sound and the way our ideas bounced off each other was so exciting. We (LEG) both think pretty visually about music, hence the idea of using a colour for the chorus hook.

On the 8th of March we’ll be revealing the new live show we’ve been working on at the Lightbox in Vauxhall! Then after that releasing some more tunes probably.

Get a plane and come to the show! Or if that’s too much to ask, it’s on all good streaming services. 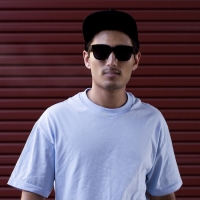 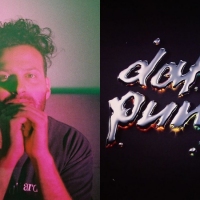 Mickey Kojak celebrates his new Daft Punk cover by going on a deep dive into 'Discovery'"I have a lot to thank Daft Punk for."
Electronic