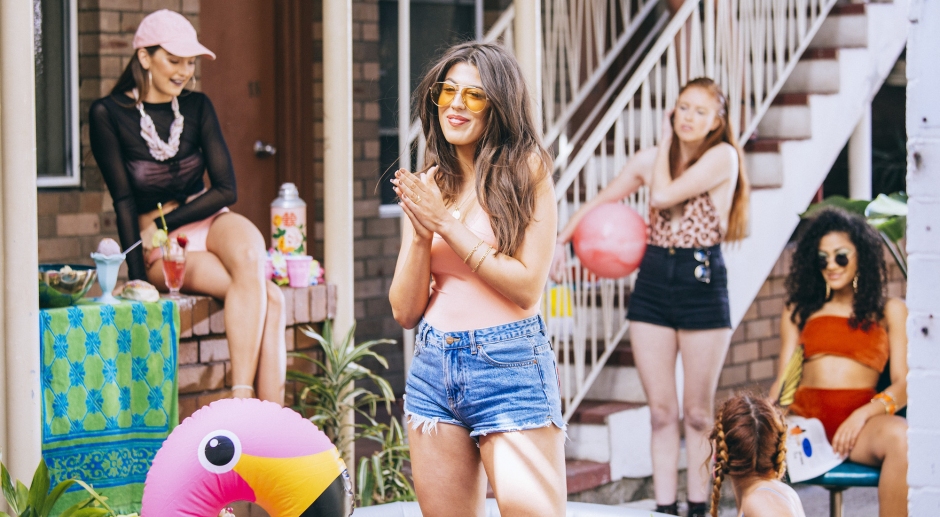 All photos by Tiffany Williams.

A few weeks back NLV Records announced their latest signee Kota Banks, replete with one of this year's biggest pop bangers in Holiday. Not only does the track absolutely bang, the video clip that comes with it is a scorcher, directed by Ella Carey alongside an all-girl production crew. We were fortunate enough to be sent a whole bunch of behind the scenes photos from the shoot, that you can check out below with some narration courtesy of Kota herself: 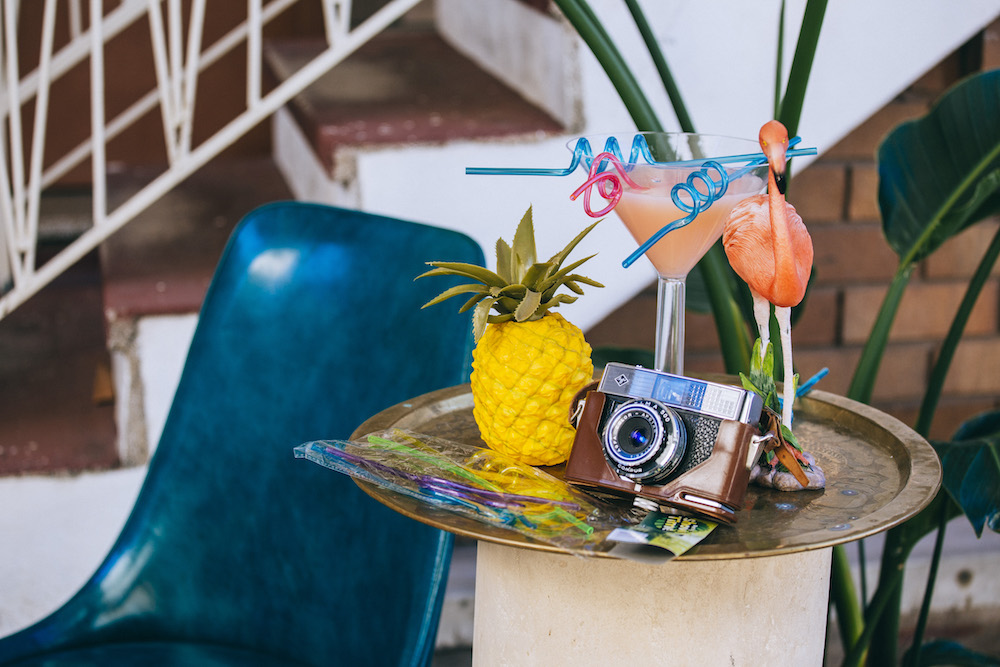 If someone were to ask me to sum up Holiday in one picture, I’d show them this picture. A quintessential vacation visual: pineapples, pics and pinacolada. (And a flamingo? Idk.) 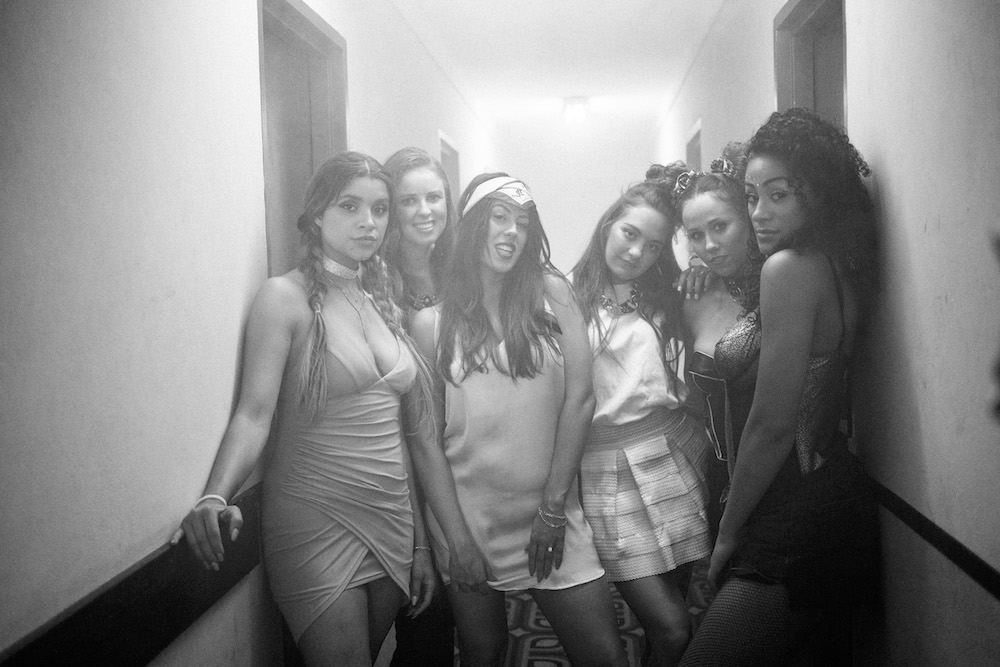 Gals gals gals. Serving sass in the final photo of the day after we’d sipped on pineapple juice and danced all day long. 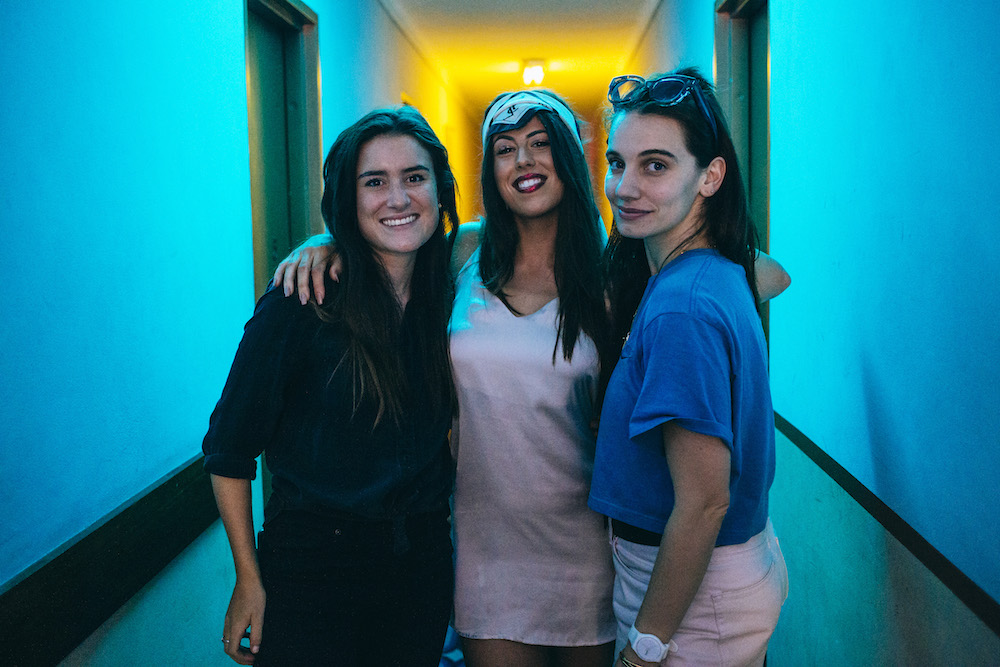 Girl power continues. The songwriter, A&R and video director aka “dream team” unite for a victory pic after weeks of planning and stressing over what types of candy to use as prop food. #toughcalls 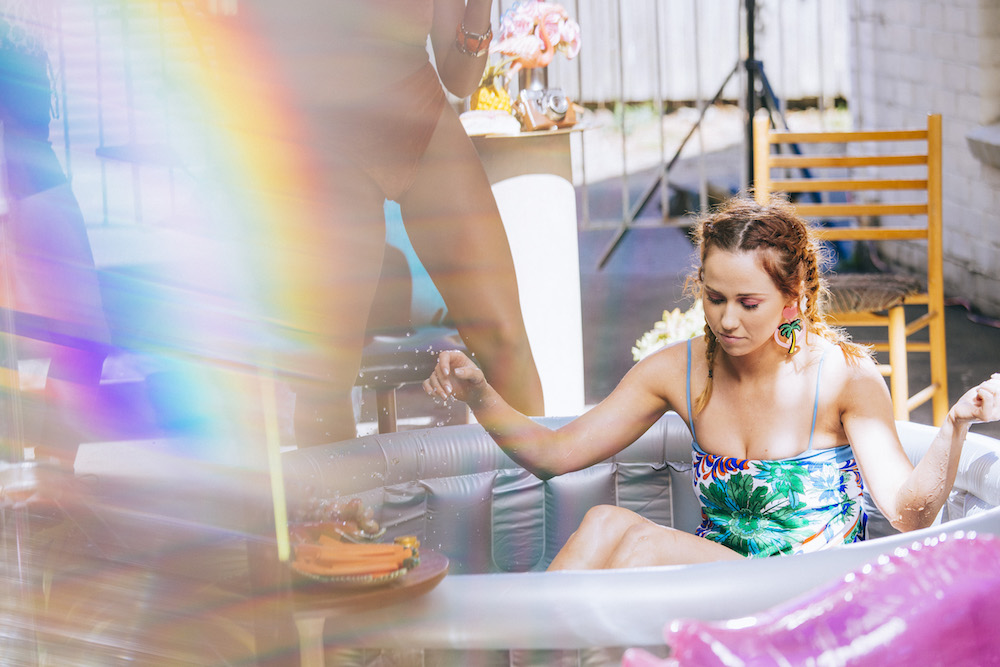 Tangible confirmation that the day was pure sunshine and rainbows. 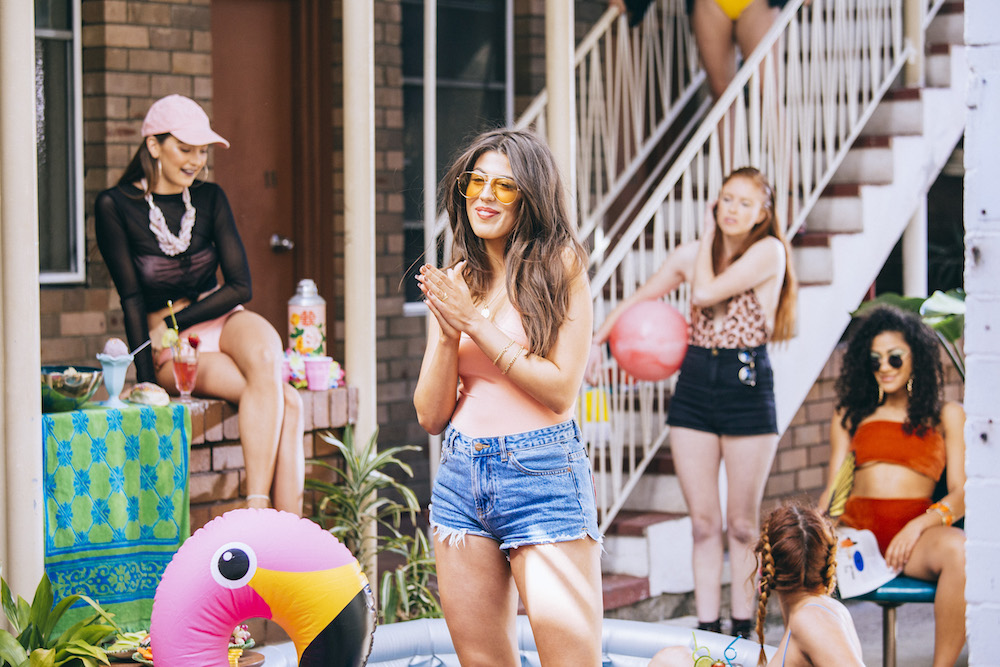 Kota gesticulating wog-style in between takes / expressing her appreciation for the camera crew’s banter. 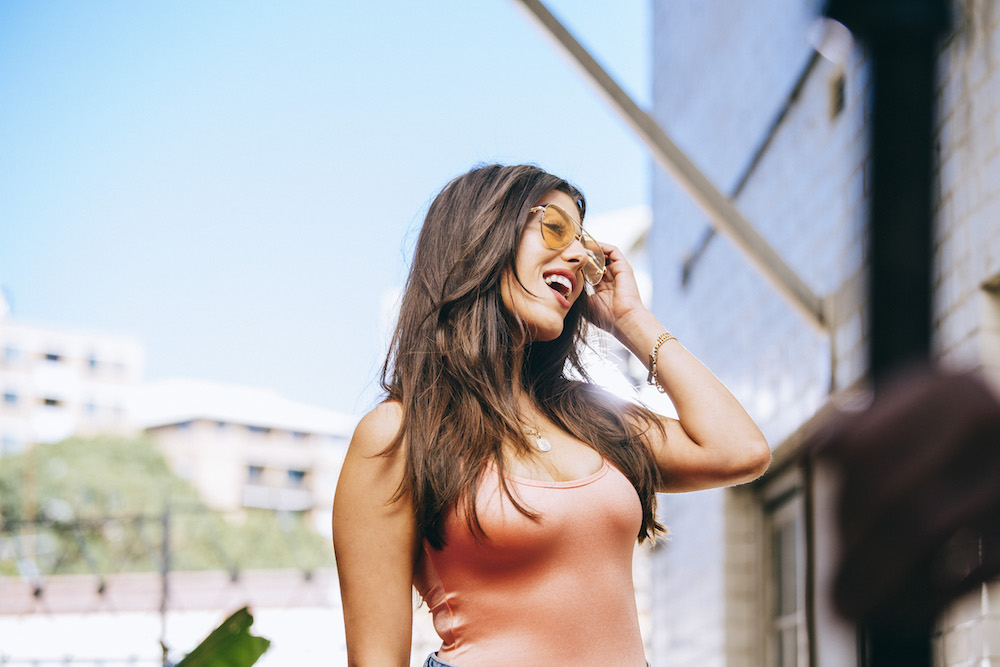 The cover art for the song!! Shot by the incredible Tiffany Williams mid-“pineapple juice, ocean view” lip-sync, most likely. 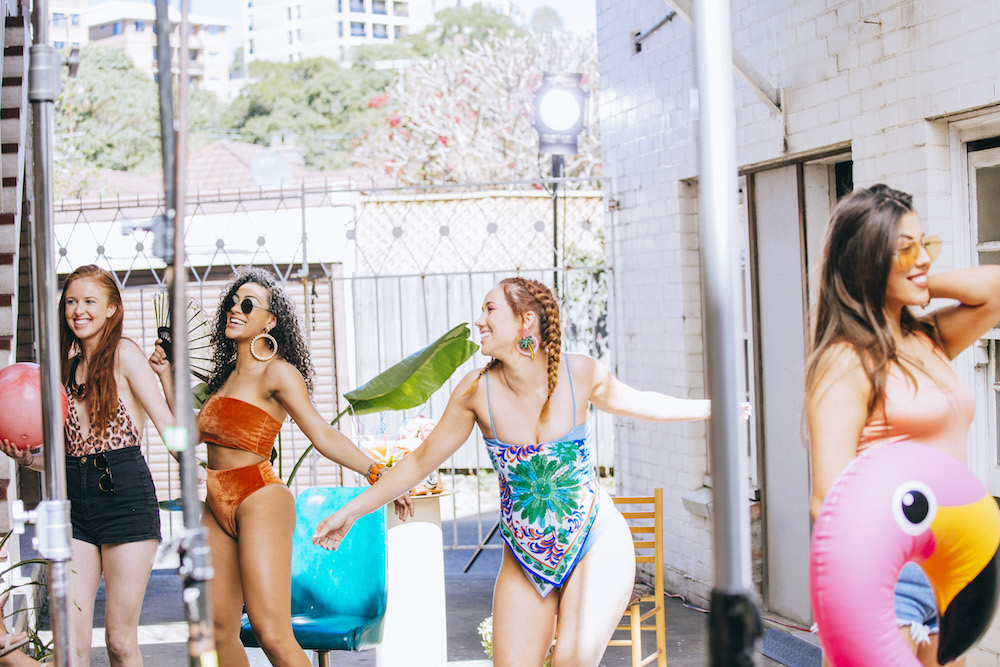 Us trying to shake off the early-morning still asleep vibes by having a lil dance/pool party. 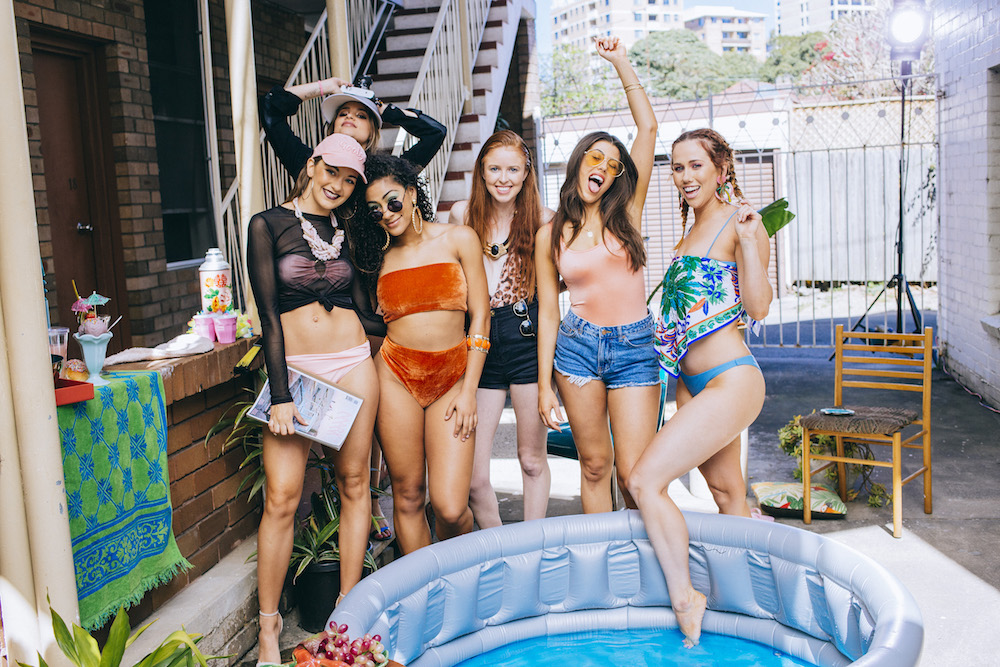 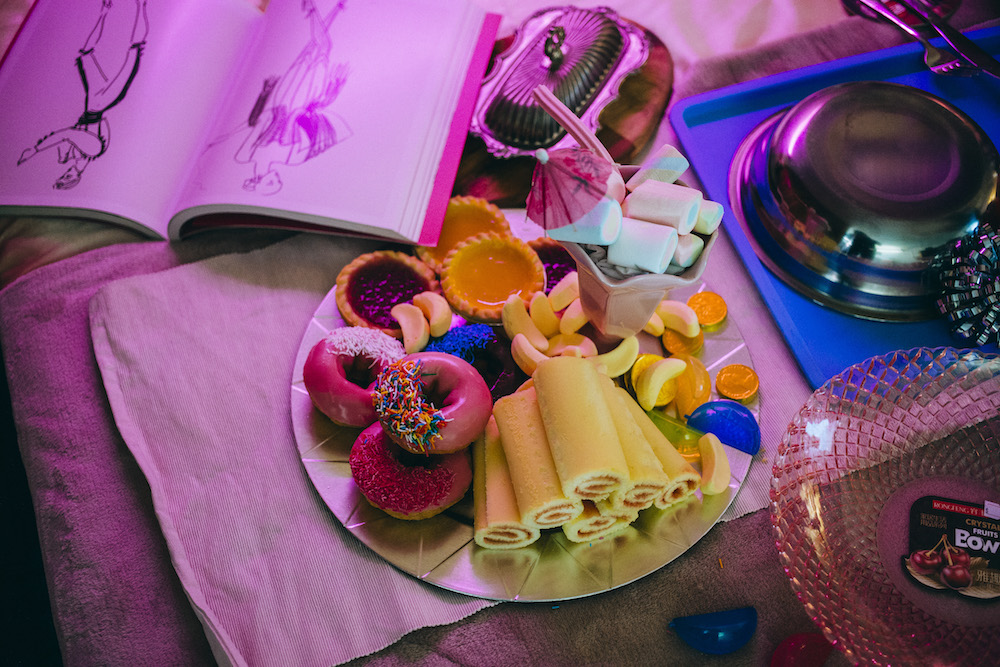 The prop food we gorged ourselves on throughout the day. Ella, the director had to reprimand us multiple times - we ended up having to take the donuts away between the takes because none of the girls could resist the sweets! 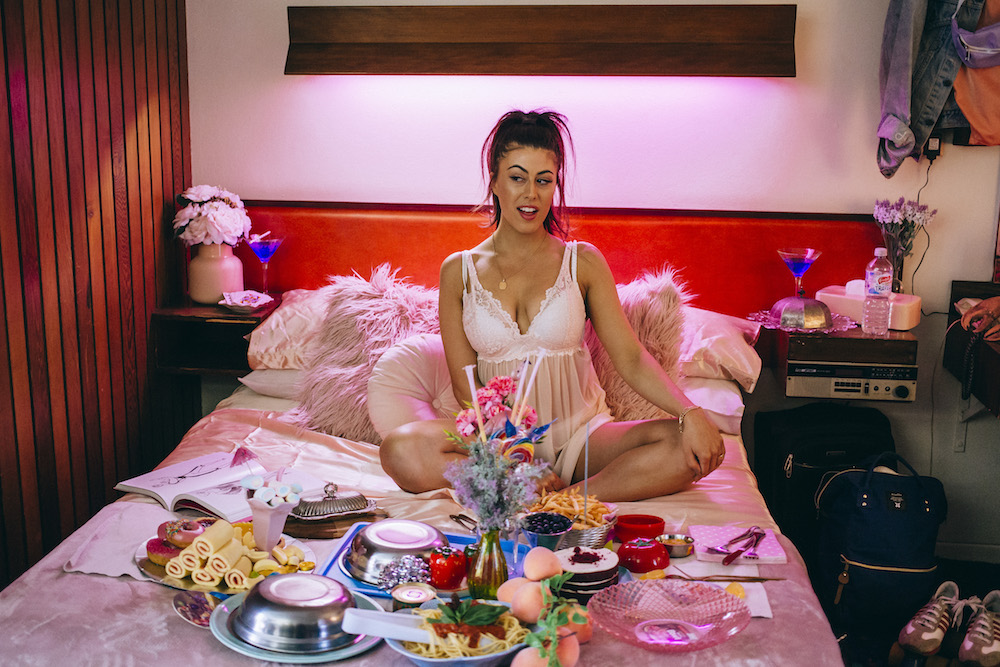 Plotting ways to sneak treatz in between takes. 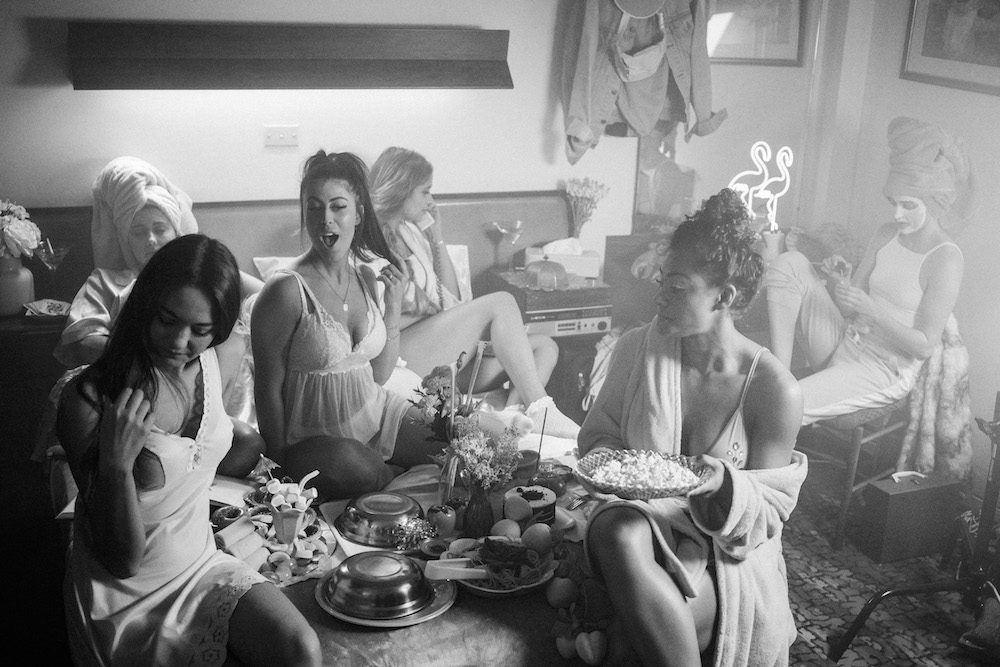 Just six brats on holiday. Perhaps the girliest, most “Breakfast at Tiffany’s” vibe of the whole day. The smoke machine was intense, we felt pretty feminine and bad ass. 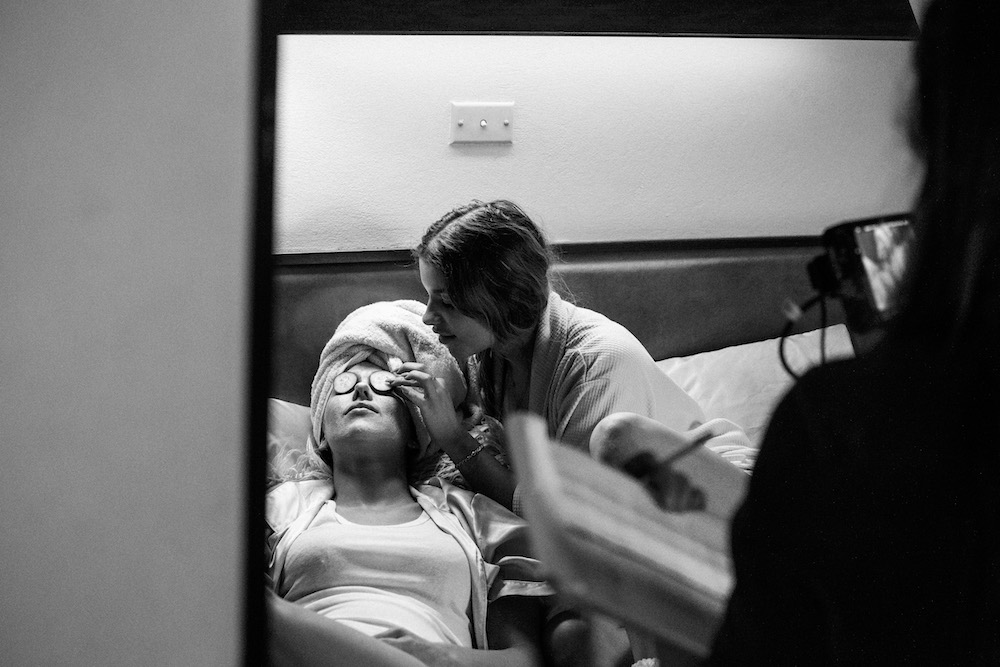 Let all the boys know this is what really goes down at girls’ sleepovers. 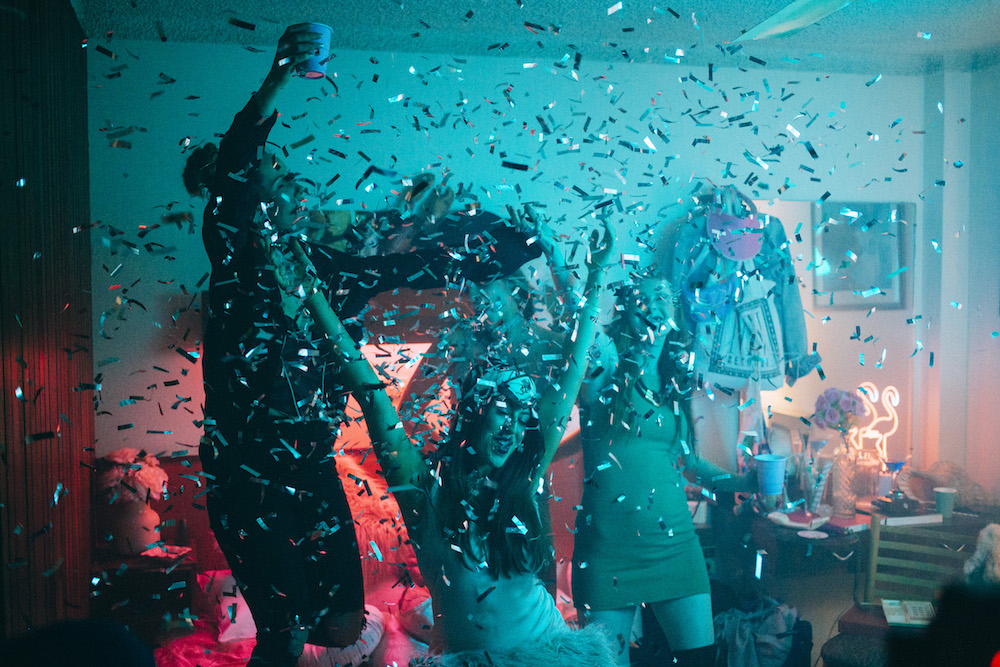 This confetti was amazing, but super loud when it “popped” - but we had to get a fair few takes of this scene because we kept reacting in shock to the sound of the explosion! 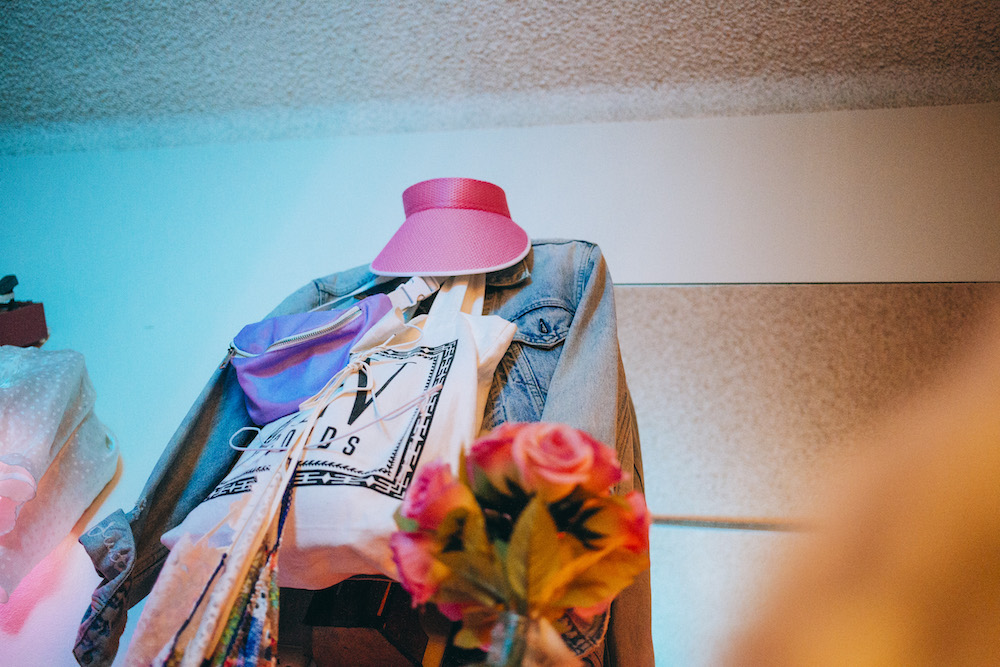 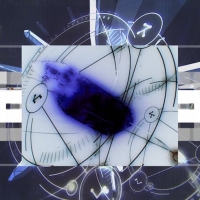 Porter Robinson's Virtual Self project drops its debut EPThe five-track release is a playful, synth-drenched take on euro-trance and the sounds of Dance Dance Revolution. 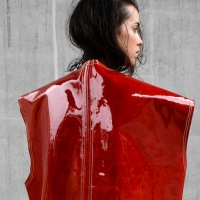 We got an early look at Kate Boy's new single/video clip, True Colours, and it is stunningThey're now permanently based in Australia, and we are all the way in for what comes next.