The Avalanches have been flipping fragments into full-blown symphonies since the close of the 20th century, so it’s no surprise that their recent record, We Will Always Love You, is filled to the brim with creative samples.

It may be less sample-oriented than both 2000’s Since I Left You and 2016’s Wildflower, but that doesn’t make for a less striking record – in fact, if anything, the discerning use of samples on We Will Always Love You only makes for a greater impact. These voices and sounds are bolstered by the duo’s deliberate approach, furnished by their honed instrumental arrangements and centred by their spacious mixes.

These cross-generational collaborations provide more than just music, the interwoven threads of past and present playing into their cosmic odyssey of light, sound and spirit. In exhuming bygone art, The Avalanches explore the agelessness of earnest expression, deriving power and beauty from the sounds left behind. It’s a testament to music’s endurance, holding traces of heart and soul even beyond our own lifetimes, but it also speaks to the group’s deep love of artistry. Their music is informed by glimpses of the past, their appreciation interlinking with their creative process in an uncommonly intimate way.

It’s often said that you can better understand an artist by looking at their influences and idols – when it comes to The Avalanches, that’s especially true. In keeping with their sweeping take on light, sound and spirit, we’ve decided to take a look at some of the ‘ghost voices’ that help make We Will Always Love You such a beautiful record.

The samples of The Avalanches' We Will Always Love You:

We Will Always Love You

The title track and lead single, We Will Always Love You, found The Avalanches collaborating with British singer-songwriter Blood Orange. He might be the only featured artist, but he’s far from alone on the slow-building track.

That patient opening spotlights a flip of I’ll Take You Any Way That You Come by Smokey Robinson and The Miracles, taking full advantage of Smokey’s crisp and unimbued vocal line. A 1969 track that closed out Time Out for Smokey Robinson & the Miracles, it was one of just two songs on the record penned by Robinson alone.

The second prominent sample comes from folk trio The Roches, whose gorgeous harmonies on 1979’s Hammond Song imbue the lyric “we will always love you, but that’s not the point” with misty-eyed melancholy. “I was in Japan playing some of this stuff to a friend of mine, and he was like ‘you got to check out this group, The Roches,’” recalled Robbie. “He's like, ‘they have that sound, you know?” It’s a sound that folds well into the Avalanches’ identity, one centred about “that feeling of halfway between happy and sad.”

The wordless vocals that anchor The Divine Chord come courtesy of The Shirelles, a female quartet who found much success in the early-to-mid 1960s. An African-American girl group hailing from New Jersey, The Shirelles made a large impression on a wide audience in the early days of the Civil Rights Movement, as well as helping launch the enduring ‘girl group’ model.

It’s Love That Really Counts (In The Long Run), written by songwriting duo Hal David and Burt Bacharach, was one of their less successful singles. It’s since been covered a handful of times, as is often the case with David and Bacharach’s work, though not nearly as many times as Will You Love Me Tomorrow, a pop standard written for The Shirelles by Carole King and Gerry Goffin.

One of the most recognisable elements to crop up on We Will Always Love You enters on Interstellar Love, where a looping mantra is pulled from a hit 1982 record. Eye In The Sky, the title track to The Alan Parson Project’s most successful album, is a pleasant soft-rock record, but the way that the closing lines of the first verse – “the sun in your eyes, made some of the lies worth believing” – pair with Leon Bridges’ cosmic romanticism make them all the more compelling.

Vashti Bunyan’s soft vocal contributions might seem original – she’s credited as a featured artist, after all – but they actually date all the way back to 1970.

Glow Worms was included on Just Another Diamond Day, the debut effort from the folk singer, but the muted reception to the record saw her retreat from the industry and embrace a more secluded lifestyle. It’s since undergone some critical reevaluation and listening to the pleasant restraint of Glow Worms, it’s not hard to see why.

One of the peppiest tracks on the entire album, We Go On pulls from another bygone hit single. Though penned by songwriters Gary Geld and Peter Udell in 1965 and recorded by a string of artists in the years following, it was The Carpenters who sent Hurting Each Other to #2 on the Hot 100 in 1972.

That central refrain – “we go on hurting each other” – speaks to that fusion of elation and longing that the band have touched on before. It’s no surprise that the song comes from the early ‘70s, as many of Robbie and Tony’s more emotive samples pull from that era of pop music.

Ticking with the patient tempo of a metronome, Until Daylight Comes builds from spacious and sparse to textured and candid. A trip-hop journey featuring Tricky, one of the genre’s most pivotal figures, the track finds The Avalanches collaborating with the influences that shaped their artistic identity more than two decades ago.

The drop that comes almost a minute in comes courtesy of minor 1980s UK dance outfit Total Contrast. Sunshine was included on their second single, a double a-side release that also featured Next Time I’ll Know Better. Neither of the tracks achieved any chart success, and whilst the duo did go on to score hits with Takes A Little Time and The River, their chart success was short lived.

The most cosmic elements of Wherever You Go are literally hurtling through space as we speak, with the band sampling three tracks that were included on both Voyager space probes. The first is a greeting from then-UN Secretary General Kurt Waldheim, the second a greeting from unnamed Canadian PM Pierre Trudeau, and the third a selection of short greetings in three of the 44 languages pressed to the record.

They’re far from the only samples on the ever-evolving track. The track transitions into a more house-oriented mix soon after the two-minute mark, a move underwritten by a Portuguese mantra. It’s replayed from Magalenha by Sérgio Mendes, a standout track on his popular 1992 record Brasileiro that’s endured as an occasional breakbeat source in electronic music.

The name mightn’t ring a bell, but probably already know of Numero Group. An archival label with little competition and few peers, they’ve been an important force in Kanye West’s post-MBDTF sampling. The Chicago enterprise has rereleased neglected work, saved obscure demos and even excavated lost songs from now-anonymous artists.

Salty Miller, who cut Music Makes Me High in the late ‘70s, sits between anonymous and forgotten, but the central role of both his vocal and the distinct brass hits makes him a key author of The Avalanches’ celebratory dance number. A member of a college rock band in the ‘60s, Salty only returned to the business to record Album #1, released in 1980. Adorned with a stock image and emblazoned with a disinteresting title, the aesthetics betray the craft underpinning the soft-rock, disco and pop that runs throughout.

Surprisingly, the disco-infused verses are themselves sweeping samples. They’re taken from Keep On (Holding On), a disco track recorded in 1980 – the tail end of the genre’s dominance – and left unreleased for more than thirty-five years. It’s the handiwork of Super Disco Edits, a label that takes an archaeological approach to unveiling lost studio recordings from old jazz, soul and disco artists.

Wandering and liberating all at once, Gold Sky plays like poetry atop propulsive, locomotive percussion. It seems to thrust us into the boundless future, thrilled by the potential of each and every passing day. It’s a slight contribution, but the crisp breakbeat from the open to The Pat Metheny Group’s Last Train Home is an integral part of that energy.

You can first hear that relentless pace at the 2:15 mark, the tight kit entering alongside the evocative backing vocals. It might’ve been Pat Metheny’s group, but this drumming is the handiwork of band member Paul Wertico.

He might’ve been featured on Interstellar Love, but Leon Bridges didn’t step into the booth for his role on Born To Lose. His performance is one already given back in 2018, with the track’s bounce-heavy phrase hailing from his Good Thing single Bad Bad News. The band responsible includes drummer Joshua Block, saxophonist Jeff Dazey, and polymath Nate Mercereau on bass, guitar, trumpet, keyboards, piano and percussion.

If Leon’s sample is surprising, then the presence of Steve Reich is even more startling. In terms of avant-garde minimalist composers, he’s probably one of the most recognisable, with his work invoked by Madvillain, JPEGMAFIA and Slauson Malone. Interestingly, it’s not the original rendition of Electric Counterpoint: I. Fast that The Avalanches use, but a 2002 cover from Mats Bergström.

Music Is The Light

A truly unique track, Music Is The Light pushes the boundaries of The Avalanches world by embracing the avant-garde. The sampling process is no different, pulling some prerecorded elements from the 2001 Pooka track of the same name. It’s the clear, standalone string that’s clipped down to mere moments and mired amongst Kelly Moran and Cornelius’ instrumentation.

The final track on the record holds perhaps the most interesting flip of all: a direct sample of the Arecibo Message, a simple communicative message for extraterrestrials that was beamed into space from the Puerto Rican Arecibo Radio Telescope in 1974.

The duo reached out to the author of the message, 90-year-old scientist Frank Drake, who provided them with the original version of the Arecibo file. They then converted it into MIDI notes and, while maintaining the rate of broadcast, set about establishing the pitch and tenor of those new sounds. 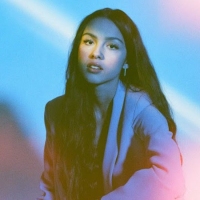 Olivia Rodrigo is aiming for one of history’s biggest debut singles, but who is she?The American 17-year-old’s debut single may join the extremely rare list of first singles to debut at #1, but there’s a long story behind it. 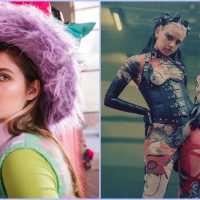