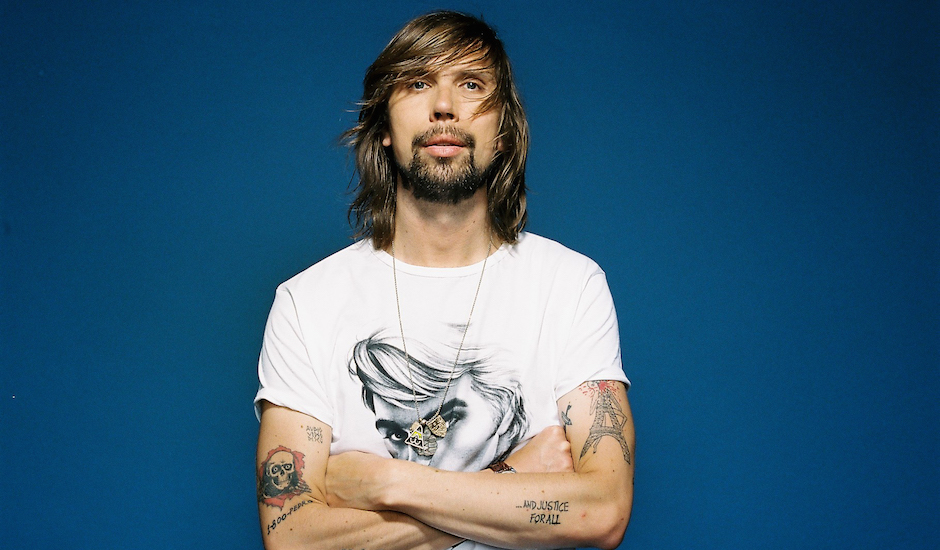 Busy P has a lot to answer for when it comes to the early days of my club-going. Initially spending the first couple of years of my legal-drinking-age in terrible nightclubs listening to terrible music just because I thought that's what everyone did, Australian and French electro came along to save my life. And I'm not alone - lead internationally by the likes of Justice, Boys Noize and SebastiAn, and locally by Aussie electronic heroes The Presets and Cut Copy - there was a true clubbing movement in the mid-to-late 2000s. Soundtracked by crunchy electro-house and smooth electronic pop, it was Justice's Waters Of Nazareth that became a serious turning point that created an entire generation who still waste a lot of their time wishing it was still like those days.

And behind much of that push out of France, and my descent into nu-rave proper, was Pedro Winter, AKA Busy P - a DJ and producer himself who in in the late 90s first have the distinction of managing a little known duo called Daft Punk. He would go on to create Ed Banger Records in the early 2000s - a label that came with a wonderfully defined vision, both sonically and visually, along with an untouchable roster featuring the likes of Breakbot, Mr Oizo, SebastiAn, Uffie, Kavinsky, Feads and of course, Justice.

Back in Australia there were two standout moments where the nu-rave/electro movement came to its zennith (if you can have two zenniths) - first at Nevereverland, featuring Daft Punk, their pyramid, and a huge roster of Aussie supports. The second would be at Parklife 2007 and a lineup that featured a bunch of the Ed Banger label (including a Justice headline set), and heaps of Kanye rave sunnies. In the time since, Ed Banger, Justice, nu-rave and Australia's Modular Record Label would all come to cool, first in favour of genres like dubstep and trap, and then artists like Flume, who completely changed the electronic music landscape in Australia.

Yet whether driven by nostalgia for days gone by, or new kids discovering some of those artists, there's slow and steady shift back to fluorescently-clothed raves of times gone by.

Pedro Winter doesn't have time for trends, and while Australia may have fallen out of love with Ed Banger after the bubble burst in the early 2010s, he's been consistently releasing top shelf records from some of those same artists, and some new faces. He recently marked the label's 100th release with a massive compilation, ED REC 100, featuring all the gang. It comes at a time when Justice announced their intentions with a monster live set at Coachella earlier in the year, and that is where I spoke to Winter from a few weeks ago. Excited about what's to come from Justice, himself, and Ed Banger as whole.

It was really amazing. I love this festival. It’s a good time out there in the desert. I love the location. I love all of it. The lineup is always exciting. And Justice killed it on Sunday. As a label boss I am really happy to have my artists doing a great job. It’s just perfect for us. We’re presenting our artists, and then I go see Kaytranada and Bon Iver and it was perfect. The good point [in Justice's set] is the reaction. We have so many good reactions from the audience and from the press. It gives us a good energy. And I think people are going to re-discover the Woman album with the live show.

What makes me happy now is the proposition we made, and we have, is exciting. It was important for us to… We love nostalgia, but it’s 2017 and it’s important for Ed Banger to be relevant, you know? It’s very important. And it’s why the compilation for me is all about life, music and business. You can’t always be the label of the moment. The trends are changing, the generation is changing. But I feel there is something where we can come back with Ed Banger. Especially with you guys in Australia. At some point we were coming every year to Australia with our music. And at some point Australia went a bit into the EDM thing, and I believe that now there is some space for us to come back. And we are not in a rush. We’ve been doing it for 14 years. It will take time to come back, but I think the time is coming now.

On lessons he's learned over 14 years at Ed Banger:

The way we are listening to music has changed, but the way we are doing music and the way we choose the music we wanna release didn’t change. There’s so much questioning about how people listen to music and how they don’t buy it anymore. But it’s not important for me. The most important for me is the legacy we’re going to leave. After 14 years with Ed Banger I think there is a lot of stuff we’ve been doing with the records we release. We manage to keep doing it, without thinking too much about how we make money out of it. And maybe that’s the solution to continue to exist – not to guess too much about the money thing.

I’m still working on it you know? We’re still in action. But I hope the legacy… I hope the old catalogue of Ed Banger will make sense to people. Lots of people talk about the Ed Banger sound as only the Justice sound, but there are plenty of other great tracks we release on the label. And the legacy, I don’t know. I hope people will see the fact that we can do plenty and I want people to see we’ve made good records, thrown good parties, and we are in the middle of it.

On his latest single, Genie:

Genie is a track I started a long time ago. I didn’t manage to finish it and it took almost a year to find the right people to work with in Paris. I’ve been working with some friends there and one day Mayer Hawthorne was in Paris and I asked him to come and listen to the song and asked him to write a love song. And he gave me the most amazing lyrics and song, and I’m so happy. It’s the first time I’m releasing a proper song. Lots of the records I’ve done before were club tracks you know? So this is the first time it’s a proper song. It can go on the radio. It gives me the motivation to do more.

I can tell you, an exclusive, I can tell you that SebastiAn is working on a second album. SebastiAn is halfway to the end of his new album. And you can expect a new Busy P single soon too. It’s gonna be a very busy year 2017. And of course there will be the Justice world tour and I hope it will visit Australia as part of it! 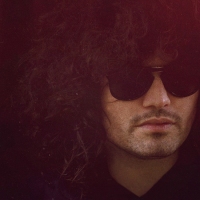 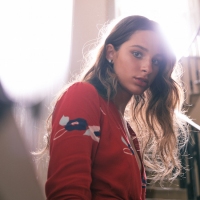