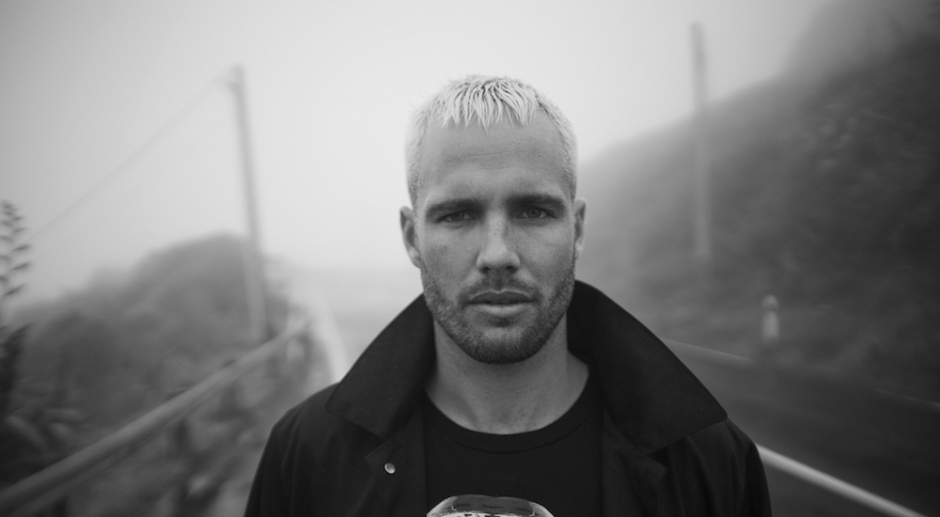 The beginnings of Pilerats and the beginnings of What So Not have been intrinsically linked since the formation of both. Having formed as a project between Harley "Flume" Streten and Chris "Emoh Instead" Emerson, our earliest days of throwing parties here and over east were always tied to the then fledgling duo - at Wonderland Festival in 2013, they played at something ridiculous like 2pm in the afternoon. Over those formative years of our own project and What So Not, we formed a close bond with Emerson, one that's remained as such ever since. And to say it's been a wild ride since then would be selling it a bit short.

After Streten and Emerson parted ways in 2015, it took a minute for the latter to shake the "no Flume, no What So Not" tag that dogged those first few months after the split. To Emerson's credit, he responded the best way possible - by surrounding himself with people like Skrillex, RL Grime, Dillon Francis and countless others, and honing the fuck out of his craft. Because the best way to shut naysayers up is to release great music, something the What So Not project in solo form has been doing consistently over the past couple of years. Whether its collabs like Gemini with George Maple and Tell Me with RL, his own tracks like Oddity or bombastic remixes like his untouchable take on Innerbloom, it wouldn't be long before people accepted this new project as a one-man venture and embrace it wholeheartedly.

Today sees the release of his debut album, Not All The Beautiful Things, and it's an early contender for one of the year's great electronic LPs, at a time when the album format (in the dance music world) is starting to find some legs again. Rolling in at 12 tracks, it's an exciting mix of the hard-and-fast bangers that have seen him grace some of the world's biggest festival stages, combined with songs that may surprise people. Songs that don't smack you in the face with bombastic drops, rather settle into a downbeat, chilled-out groove that combine for an incredibly enjoyable listening experience across the whole album, something many dance artists have found so hard to do.

Indeed, at a time when artists have one eye on hitting the right playlists and getting those stream numbers up, What So Not has crafted a long-player that asks you to listen from start to finish, a notion you can take it from the man himself: "I actually hope that people don’t even listen to this straight away if they’re busy and unable to give it their full attention. Maybe they organise their own little listening party at home with some friends or a little car trip for 45 minutes and just hit play. It is kind of one piece of music and has a narrative all the way from start to finish, and you can even just let it play and loop again and it perfectly comes back in. I hope that’s how people listen to it, I know it’s hard to listen like that in this day and age, but please if you are going to listen to it try and do so in that fashion."

A week out from release, we had the pleasure of interviewing Emerson for probably the fourth or fifth time over the past few years, touching on his hopes and dreams for Not All The Beautiful Things, the ridiculous live show he has planned for The Beautiful Things Tour, and given it just happened to be the fifth anniversary of his passing, a look back on the legacy of one of his closest mentors, dance legend AJAX:

What So Not On Creating Not All The Beautiful Things

I felt like I got my ability to a certain level not just in music production but songwriting itself, and also my understanding of filmmaking to some degree, working on music videos, co-directing and writing them all. I actually wrote music videos for every single song on this record. And then converting that idea into a visualiser and carrying that into the live show. We’ve constructed this 600 square foot peacock horse monster truck that I’ll be bringing around the country in the not to distant future. I wanted to wait to do an album until I had a grasp on all these different elements so it could form this cohesive narrative across all artistic platforms. And apart from that musically it allows you to span so wide and create things that are very cinematic and very left field, a lot of down moments and peaks and troughs rather than total amplified in your face kind of vibes. I was so excited to execute that throughout this album.

I didn’t go into this with an agenda, these are just my friends. Everyone on this record are my friends, people that I somehow in life crossed paths with, got on a vibe with, ended up jumping in a studio with, and we had music. We had a spontaneous clash of ideas and experimentation into what became all of these songs. It was really cool working with people like Toto, Skrillex and Daniel Johns, but also people like Winona, and Michael Christmas and those kinda people.

Probably more than just the album by that point. I’ve been working on a lot of elements of this show. Of course the stage design, the visuals, the lighting, but the music itself too - I’m looking to build a totally unique show to what versions of the songs people would have heard on iTunes or Spotify.

On people embracing the album format:

Yeah that’s exactly what I hope happens, I actually hope that people don’t even listen to this straight away if they’re busy and unable to give it their full attention then maybe they organise their own little listening party at home with some friends or a little car trip for 45 minutes and just hit play. It is kind of one piece of music and has a narrative all the way from start to finish, and you can even just let it play and loop again and it perfectly comes back in. I hope that’s how people listen to it, I know it’s hard to listen like that in this day and age, but please if you are going to listen to it try and do so in that fashion.

On what AJAX would make of his career so far:

That’s a tough question to answer, but I appreciate you asking this and bringing him into the conversation because I wish more people would. He was such an important influence on everyone I know in the dance music industry in Australia. And even people around the world. He was the YAMS of Australia. He was the DJ AM Australia. He was the DJ Mehdi of Australia. I still remember when I showed him my first song that I had made personally which was Say So, a record I put out myself with Sweat It Out and I remember him physically getting goosebumps and the hairs sticking up on his arms when the horn part came in and he was just so proud and overwhelmed and excited for me. He had all these amazing suggestions and it wasn’t soon after that that we lost him. I would hope he would be proud, he would probably be proud. That was such an amazing person to have in my life, and an amazing mentor. He kinda mentored thousands of people just by going out and performing and people losing their minds at how talented he was, just breaking every rule.

He had this punk rock, highly credible artistic sense like nobody else, and I really hope I’m carrying that as best I can into my work.

I am probably in the best form of my life. Surprisingly considering my career path and how often I’m away from the ocean, I’ve become so re-invigorated by it, it’s my adrenalin high and I’m trying to get out into the craziest conditions I can find. There’s been some larger swells coming through, it's been fun.

ALL THE BEAUTIFUL THINGS TOUR DATES: 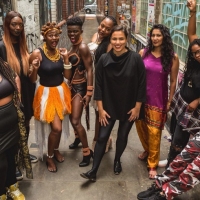 Meet GRRRL, an all female banger powerhouse directed by Soulwax's Laima LeytonThey'll be in Australia soon for some pretty special shows. 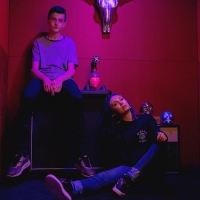