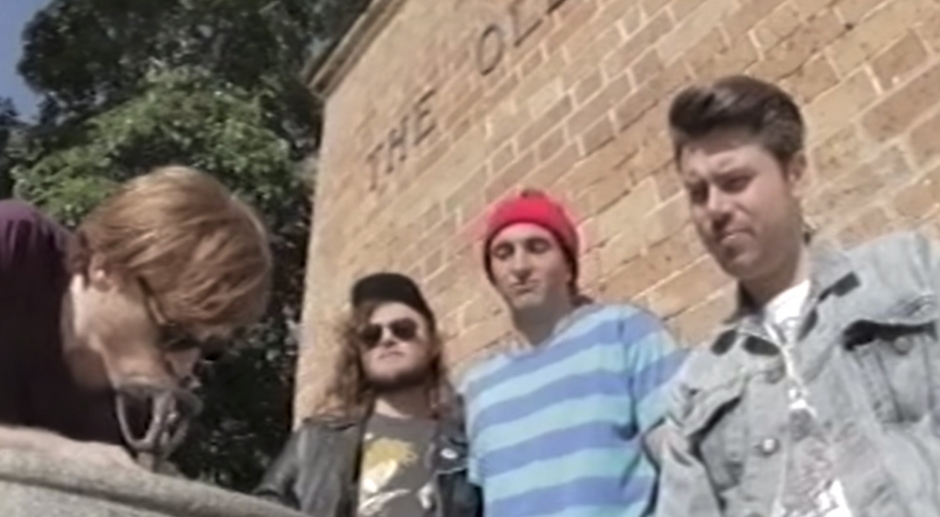 Sydney slack-poppers Palms are gearing up for the release of their sophmore album later in 2015 via Ivy League Records with a radical (we use the term un-ironically - just watch the video) new single Bad Apple, one that we are extremely excited to premiere for you today. Bad Apple was recorded with Palms' pal Owen Penglis (Royal Headache, Straight Arrows), and it's a rollicking, almost-three-minutes of thrashy guitar-pop, perfectly complimented by a video clip directed by visual master/musician SPOD. Inspired by legendary 90s skate vid Video Days, the clip for Bad Apple sees the Palms chaps re-creating all kinds of gnarly stunts on roller skates, scooters, skateboards, and sometimes a combination of all three.

Song-wise, Bad Apple signifies the group entering new territory as they march toward album number two, as Al Grigg explains: "It's more like a stream of consciousness, just rambling through the daily thoughts in my head: beers, hanging out, whoever I'm crushing on, bands I love, my friends, the past, the future, feeling proud, feeling insecure, and back to bands I love. And then it's all set to this propulsive rhythm that just races along, never quitting until the song runs out. Kind of like life, I guess."

Check the single and video clip out below, and catch Palms live when they play Gladstone Hotel in Sydney on July 16. 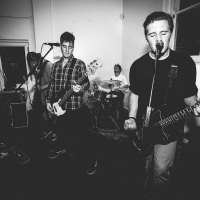 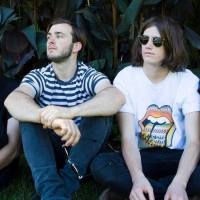 Watch: Upskirts - Nothing Happens In Roseville [Premiere]Hang out with Upskirts as they do exactly that, hang out.
Bands