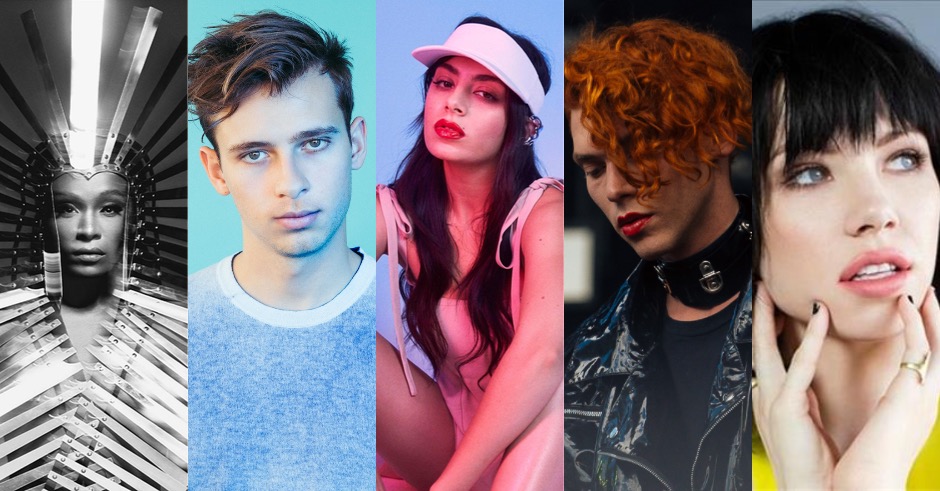 Pinpointing exactly when dance music started to become ingrained in popular culture is near-impossible. David Bowie recalled a time in 1977, when Brian Eno excitingly declared that Donna Summer’s Giorgio Moroder-produced I Feel Love was going to “change the sound of club music for the next 15 years”. There was Orbital’s set at Glastonbury in 1994 – the first dance music artist to be hosted by the festival – which was so successful it birthed a dance music-themed tent a year later, that eventually developed into today’s whole legion of electronic-themed stages. Four years later, in 1998, Madonna’s Ray of Light momentarily brought dance music into the mainstream, channelling the then-experimental sounds of UK acts including Fatboy Slim and The Chemical Brothers. There was Tiësto - oddly performing at the 2004 Olympic Games opening ceremony. Daft Punk - debuting the infamous pyramid at Coachella in ’06. Swedish House Mafia - being the first electronic music act to sell out New York’s Madison Square Garden.

Despite all these attempts, in 2009, David Guetta pushed electronic music more into popular culture than it had ever been before. I Gotta Feeling (which he produced with The Black Eyed Peas), Sexy Bitch and Titanium all became some of the world’s best-selling singles, which in turn, influenced the commercial rise of EDM acts like LMFAO (who currently hold the honour of releasing Australia’s best-selling track – Party Rock Anthem – as soul-destroying as that fact is) and Avicii. Now, however, most of these artists who originally exploded with the ‘EDM bubble’ have now retired, disbanded or simply taken a break from the rough release and touring schedules, with pop music’s reliance on club-ready productions largely falling alongside it (Pitchfork declared the EDM bubble popped last year, in an article released soon after SFX’s public bankruptcy announcement). Although there are still many electronic artists in the pop music charts today (dick-measuring EDM bros The Chainsmokers were one of the biggest success stories of 2016), it seems that in the past two or three years there has been less emphasis on dance music in the mainstream and instead, more focus on artists like Adele and Ed Sheeran. This begs an interesting question – is there still a place for dance music in pop?

Short answer – yes. However, whilst your Max Martins and Dr. Luke’s desperately attempt to craft a lively, club-ready EDM beat for Katy Perry’s next single, many of the artists are looking elsewhere – the underground. Particularly obvious when looking at the past two years, more and more of today’s biggest pop-stars are turning to smaller artists for productions and co-writes, and more smaller acts, emerging with heavy electronic music backgrounds, are breaking out from the underground and becoming mainstream successes.

In 2015, PC Music affiliate SOPHIE collaborated with Madonna, Nicki Minaj and Diplo for the bubbly, bass-filled anthem Bitch I’m Madonna whilst also producing Charli XCX’s commanding and experimental Vroom Vroom EP later in 2016 – signalling a new, bizarre-sounding direction for the Charli under the creative guidance of PC Music figure-head A.G. Cook (who co-produced her new Number 1 Angel mixtape with SOPHIE). Covering the one-year anniversary of her album Anti on her Instagram, global pop-star Rihanna unearthed a photo of her accompanied by SOPHIE in the studio, working on an assumingly-scrapped demo for the 2016 album. Fellow PC Music producer Danny L Harle is another, co-producing a range of forthcoming singles for Carly Rae Jepsen and Charli XCX, including August’s huge hyper-pop leader Super Natural.

Norwegian DJ-turned-producer Cashmere Cat is a name that was buzzing around in the underground across the early 2010s but now, he’s a fixture on the Billboard charts with collaborations and co-writes alongside Ariana Grande, The Weeknd, Britney Spears and Selena Gomez – many of which appearing on his debut record Wild Love out this year. There’s Major Lazer, debuting a new sound with Lean On – one of the most-streamed songs of all time – and further collaborations with Justin Bieber and Ellie Goulding, restricting their early, moombahton-esque sounds to light, backgrounding shades in favour for a far more accessible pop sound. DJ Snake also enlisted Bieber for Let Me Love You, and was credited as a producer for Lady Gaga’s popular Artpop record.

To further prove this point, look no further than some of the most acclaimed albums of last year – Beyoncé’s GRAMMY-snubbed Lemonade, Rihanna’s Anti, and Kanye West’s sprawling, constantly-updating The Life Of Pablo. In the case of the former two, Beyoncé and Rihanna are two artists who easily could’ve, and have before, produced another two albums over-flowing with #1 singles and money-loaded guest features. Instead, they both took a more complex route, focussing on craft and complicated lyrics and song-writing, with Beyoncé even calling on small-time producers for co-productions (Team Supreme’s King Henry is one, for example).

The latter, Kanye West, has always been on-touch with electronic music crazes, particularly visible on 2013’s electro-heavy Yeezus record, in which he enlisted names including Arca, Brodinski, Daft Punk, Gesaffelstein and Hudson Mohawke for one of the heaviest hip hop albums of this era. 2016’s messy and complicated The Life Of Pablo continued this trend of Kanye digging into the underground, recruiting DJ Dodger Stadium, Hudson Mohawke, Cashmere Cat and Sinjin Hawke for many of the album’s twenty tracks. Hip hop is full of these unexpected success stories, with big name rappers including Travis Scott, Drake and Jay-Z calling on small-time artists like young Canadian production virtuoso WondaGurl and trap-head Ekali for productions and co-writes, extending through to the Metro Boomin’ dominated days of pop-rap today 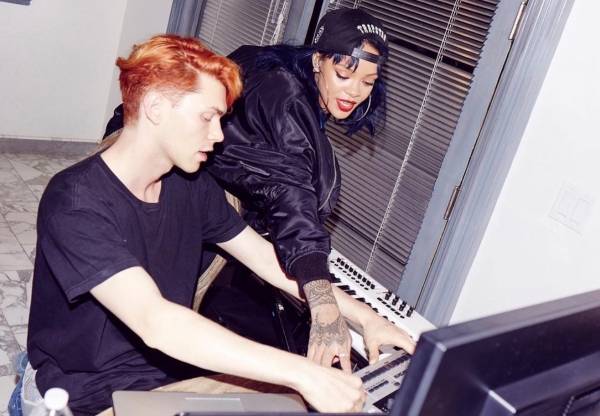 These co-signs, often paraded on the social media accounts of these small-time artists, frequently lead the producers and writers themselves to individually break-out with their own solo records (like Hudson Mohawke’s acclaimed second album Latern), making popstars out of unlikely bedroom producers. Look no further than Australia’s own flag-bearer Flume, for example. Although his 2012’s self-titled debut was a critical and commercial success in Australia, last year’s Skin broke barriers for the producer – winning him a GRAMMY award and a whole hoard of ARIAs, elevating him to festival-headliner status in the US, UK and Europe and giving him two singles in 2016’s best-selling singles list in Australia. The hottest 100-winning Never Be Like You was last year’s fourth best-selling single in Australia and the best-selling Australian song of the year. Yet, it wasn’t the easily-accessible, over-worked pop song that could’ve easily taken its place on these charts. Instead, it was powerful and captivating electronica, with a crisp, percussion-dense instrumental that teased his then left-field, bass-reliant productions.

It appears that popular music is now returning to a sound more reliant on electronic music following its brief lull after the down-fall of EDM, with many of today’s and tomorrow’s pop musicians incorporating more experimental, electronic-leaning sounds to deter themselves from the ‘classical’ pop world run by artists like Adele. What this may mean for the future of popular music is unanswerable, as trends in mainstream culture disappear as quickly as they arrive, but do these experimental sounds have a future in pop music? Or will these artists suffer and wilt away at the hands of the next trend?

Again, forecasting trends in popular music is near-impossible, but I think there’s a definite future for experimental electronic music in pop culture. One of last year’s most impressive records personally was Dawn Richard’s championing Redemption, an ambitious, experimental R&B record with over half of its 15 tracks produced by Machinedrum – another artist who moved into the experimental pop world with his Human Energy album last year. Once barely-known electronic artists such as Louis The Child and Mura Masa are too following in Machinedrum’s footsteps to craft more pop-orientated singles, with catchy vocal hooks and powerful, dancey productions paving a further future for electronic music in popular mainstream culture. Thinking forward, there are artists including KUČKA, SIBA, Hannah Diamond and Kero Kero Bonito – all being paraded as the ‘next big things’ in pop music, and all aided by weird, electronic instrumentals.

If artists in pop music never experimented there would be no growth in popular music culture, and we would all still be going bat-shit crazy about The Beatles. Pop music does change, and it’s changing now - but it’s getting weirder and wonkier than anything ever made before, trialling some of the most exciting, left-field sounds I’ve ever heard from pop music in the past few decades. In a rare interview recently translated into English, the pop-making-machine himself Max Martin detailed what, to him, makes a great pop song: “It’s incredibly important to me that you remember a song right after the first or second time you hear it. That something sticks to you, something that makes you feel “I need to hear that song again.” That’s fundamental. Something you want again. And again.” No longer is this ‘thing’ easy-listening guitar, classical piano chords or self-empowering vocal hooks. It’s weird, unexpected electronic breakdowns and complex, left-field drops and it’s here to stay – at least for a little while. 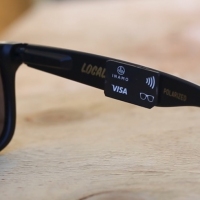 Visa Waveshades - cash strapped to the side of your headMoney Sunnies - what a time to be alive. 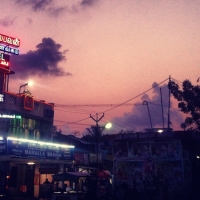 Ali Barter's Travel Guide To IndiaOur Guest Editor takes us through one of her favourite travel destinations.