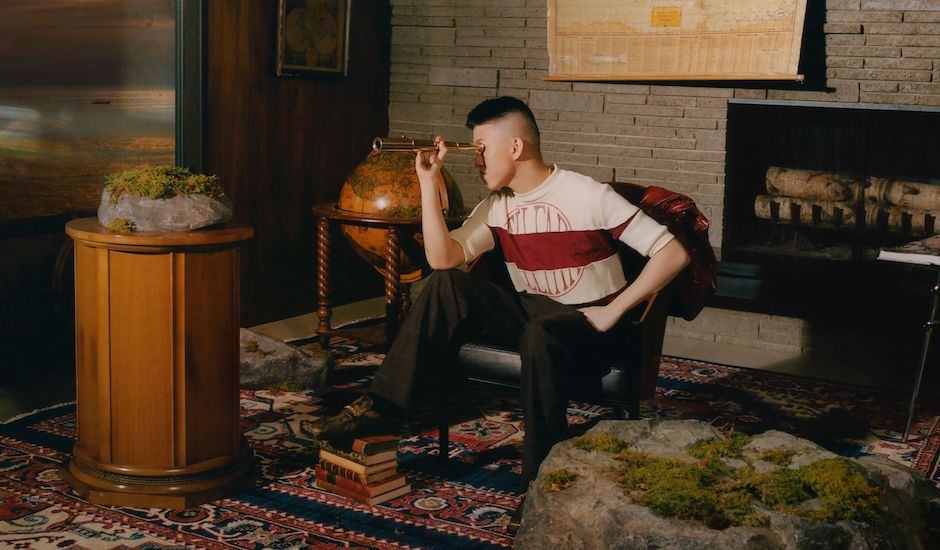 Brian Imanuel has always been a self-starter.

Indeed, hip-hop is a field for the entrepreneurial. Industry roles aside, there’s little in the way of assurance when it comes to emceeing: nothing is promised, and popular ascension comes down to an unquantifiable mix of talent, knowledge, time, place, and luck. It’s this sheer unpredictability that attracts some of hip-hop’s most storied archetypes, such as the fanatically confident, the patiently perfectionist, and the carefree creative. Rich Brian doesn’t necessarily embody any of these traits: he’s not one to run his mouth, nor is he one to vanish into the studio for years on end or throw out an underdeveloped record. In many ways, Brian is a true hip-hop wild card.

“There are a lot of things that are different,” he tells me, “but also a lot of things stayed the same.” It’s a diplomatic take on what most would consider an astounding seachange: moving from Indonesia to the States on the strength of a comedic breakout single, redefining himself as a bonafide emcee, taking a leading role in the formation of an international hip-hop collective (88Rising) and cutting a largely self-produced debut. “I’m constantly just like being able to do stuff that I love every single day as a job,” he adds, excitedly. “I still enjoy the same things… I love just like the super mundane stuff in life still, you know what I mean?”

It’s easy to believe Brian cherishes mundanity, especially given how scarce it’s become amongst a haze of studio sessions, world tours, photoshoots and other such responsibilities. The multipotentialite emcee-producer has already shown he’s more than able to craft a record largely on his lonesome, but with The Sailor, Brian begins to explore the virtues of collaboration. “This album started off in a very self-production kind of path, actually,” he admits, an angle that dramatically changed after a chance encounter with singer-producer Bēkon – best known for his work on Kendrick’s DAMN. – and his production team, the Donuts. “I’ve never been with that many talents in one room,” he excitedly recalls. “The whole concept of collaborating with them was pretty insane.”

The room – on the one hand, metaphorical, and on the other, very much real – was nestled in a New York recording studio, where much of The Sailor was pieced together. The unorthodox approach to composition fostered spontaneity, pushing Brian from the comfort of an insular, solitary approach to a more dynamic and multifaceted adventure. “I wasn’t really comfortable with collaborating with other people,” he admits, the aversion understandable. “As soon as I felt comfortable, I just felt super in my element with these guys.”

Their rapport was steeped in the intimate recording techniques, which did away with the veil that sits between beat production and vocal performance. “Somebody would be on guitar, somebody would be on the keyboard, everything was connected to the computer and everything was recorded live, and there’s a mic in the middle of the room for the artist… it’s basically like a live jam session.” Though he’d already recorded “eight or ten” tracks for his then-upcoming sophomore effort, the new process consumed Brian. “I wasn’t making beats for two or three months… I was just rapping on their shit at all sessions.”

“We would jam for like three hours, and then come up with like 20 or 30 different ideas, and at the end of the night we’d listen back to it and see which ones of the ideas we’d want to make into a full song.” The interplay between Brian, Bēkon and The Donuts crew was such that the team revisited Brian’s earlier compositions, adding “extra layers that would just elevate the song.” “It kind of brings a lot more spontaneity,” he said of the novel approach. “I’ve never done that before.”

The result is a record imbued with ambitious orchestral flourishes, inspired psych-pop vocal harmonies, impressive range and dynamic arrangements. The production assist proved invaluable in more ways than one: though Brian is more than capable at laying a track himself, the relief offered by Bēkon’s approach to production gave the emcee time to further hone his pen game. If there’s anything that The Sailor builds upon, it’s Rich Brian’s own mythology, carving out tales of adolescent heartbreak (Drive Safe and Vacant), fame (Rapapapa, Confetti) and identity (Kids, Yellow) with newfound poise. The shouldered load, as well as freeing Brian to focus wholeheartedly on his lyrics, fostered a new kind of relationship, one fuelled by long studio sessions, improvised jams and shared creative minutiae. “I’m pretty surprised at how close we got, basically, over the past two months of working together.” 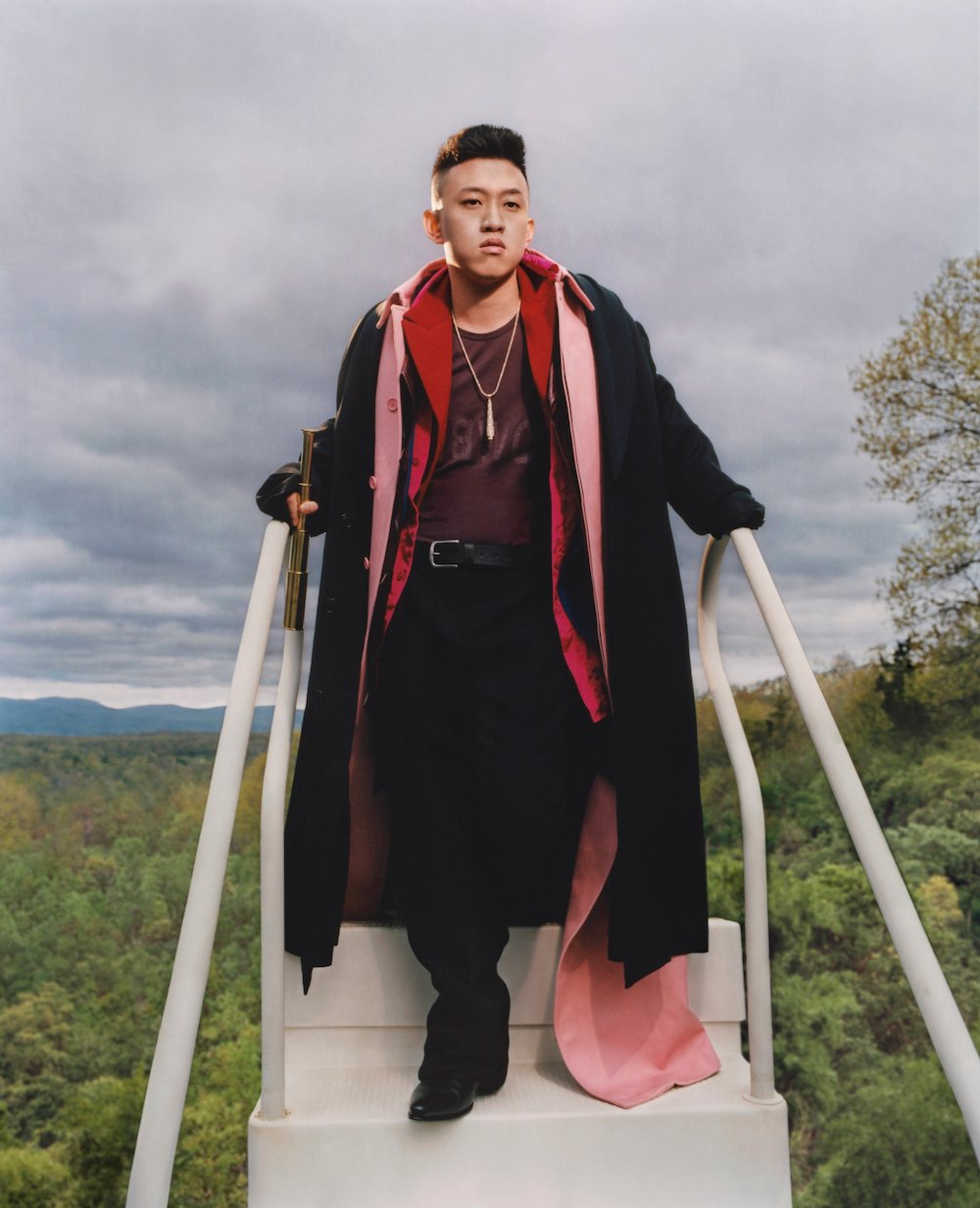 The spirit of collaboration pervading The Sailor doesn’t stop with the record itself – Brian, previously a passionate cinematographer, also linked up with heroes of a different ilk. “Not only is he a legend, but he’s so nice,” says Brian of music video auteur Dave Meyers, with whom he collaborated on the Yellow visuals. “Sometimes when I shoot videos, I like to make little changes and things like that,” he says, a holdover from his own tenure as a YouTuber. “I was so scared to tell Dave Meyers to change something!” Indeed, Meyers’ resumé suggests he needs no assistance: in the last three years alone, the prolific director has put images to Billie’s Bad Guy, Travis’ Sicko Mode, Ariana’s three sweetener visuals and Kendrick’s three DAMN. clips. “He actually liked some of my ideas… that was a really cool thing to see, somebody at his level and still that humble. I don’t know, I love seeing stuff like that.”

Similarly dizzying was his work alongside Sing J. Lee – “he did the Childish Gambino x Adidas video!” – which took the emcee, the videographer and an entire crew to his hometown of Jakarta, Indonesia. “That was my first time doing any sort of shooting in Indonesia. I mean like, I’ve done music videos back in the day, but it was just me and my friends fucking around.” The resulting short film, Rich Brian is The Sailor, trades that youthful irreverence for earnest appreciation, casting a glance back at the city that shaped him. “He’s never been to Indonesia before, but he just captured the whole place so beautifully… I feel like I’m seeing more of Indonesia because of him,” said Brian of Sing’s directorial gaze. “Just the fact that he was in Indonesia with me making this beautiful project, it’s just, it’s a very humbling experience.”

Indeed, the year since Amen seems to have been a humbling one, filled with chance encounters, nigh-unfathomable connections and unlikely stablemates. It speaks to Brian’s own humility that he’s so consistently rendered humble by those with whom he works, their involvement a commendation in and of itself. Nonetheless, he keeps his feet on the ground, his eyes fixed to the Twitter feeds on which his fans congregate. “I’ve been on Twitter a lot more than usual recently… the album is being received 100% as I wanted it to be received, it’s just amazing.” It’ll take more than one of the decade’s most unlikely come-ups to turn Brian Imanuel into a self-described celebrity.

To understand Rich Brian is to understand his propensity for adaptation. Where would Indonesia’s foremost hip-hop export be without his self-taught English skills, or his carefully honed social media acumen, or even his ability to pen a song, work a camera or land a joke? Such qualities aren’t merely elements of Brian’s far-flung backstory: they’re the very essence of his grind, skills testament to his passion, his commitment, and his tenacity. The same traits that pushed Brian into the largely unfamiliar world of top-shelf emceeing helped ease him into collaboration, aligning himself with industry veterans, fresh-faced hustlers and straight-up hip-hop heroes.

According to Brian, The Sailor carries with it two meanings: one refers to his whirlwind journey from Indonesia to America, from regular teen to hip-hop star, from consumer to creator; and the other pays tribute to the scores of immigrants who’ve also set sail for brighter futures. As an honorific, however, The Sailor almost seems like a misnomer, relegating him to a nameless rank on a seagoing ship.

There’s no doubt that Brian was a sailor on Amen, which found him traversing the tempestuous hip-hop landscape in a skiff, largely relying upon his own considerable skillset. On his sophomore album, however, he stakes a claim for another post altogether. Rich Brian is an artist in command of his sound, his image and his future, honing his skills and cutting his teeth alongside a score of dedicated collaborators. Collaboration is more than just a catchphrase: through his work with Bēkon and The Donuts, Dave Meyers and Sing J. Lee, Rich Brian is fusing his own sensibilities with the talents of friends and industry veterans, imparting his character upon each and every element of his multifaceted sophomore LP.

Whilst he’s still The Sailor – an explorer traversing far and wide, exploring the scope of his new reality – Brian’s so much more than a seafarer going it alone. When he returns to Australia later this month, he promises a tighter show, backed by stringent rehearsals, lively atmospherics and a comprehensive approach to performing. “It’s not just the music, it’s not just what they’re hearing, it’s also what they see and what they feel,” he waxes. “I want to make sure I’m as involved in that as everything else.” If there’s anything I’ve learned about Brian, it’s that even when mired amongst top-shelf collaborators, he’s determined to be at the centre of his own story.

Rich Brian's new album, The Sailor, is out now via 88Rising. Catch him tour the country this August/September, presented by Live Nation. 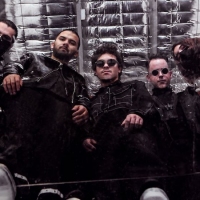 Northlane's Marcus Bridge grew up in hell – now, he's on topOn their new album Alien, the Australian metalcore band's lead singer takes a step back into his rocky childhood. 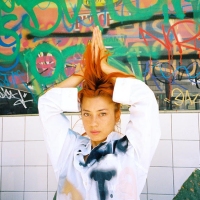 Bonobo’s search for excitement: “It gave me a sense of perspective.”

With his newly-minted seventh album, Simon Green creates a masterpiece that flirts amongst dance music’s many dynamics and contrasts.