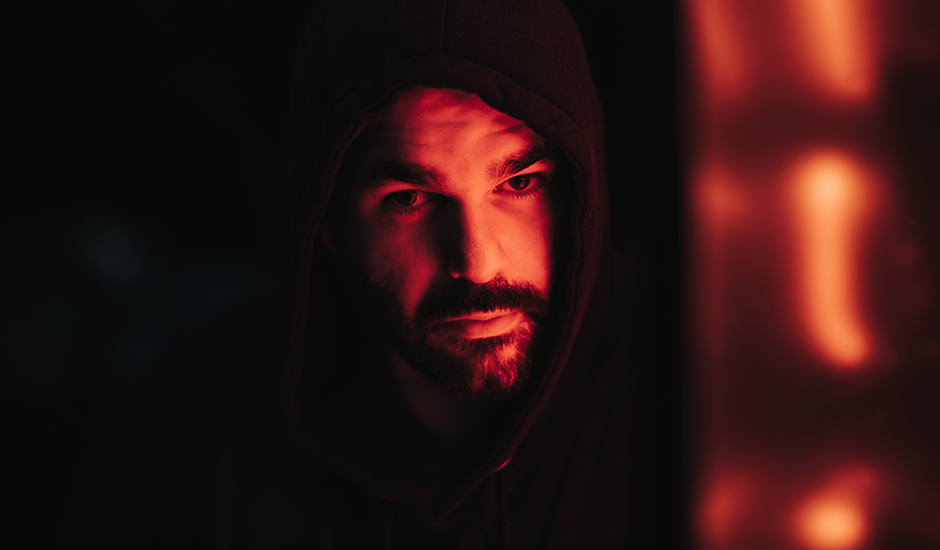 At some point in the last six months, it’s highly likely that you’ve heard Masked Wolf’s voice boom out over the radio: “What you know about rollin' down in the deep? / When your brain goes numb, you can call that mental freeze / When these people talk too much, put that shit in slow motion / I feel like an astronaut in the ocean.”

It’s the chorus of the Sydney rapper’s single Astronaut In The Ocean, originally released in June 2019 before being re-released in January this year, as the song started to blossom with unexpected social media virality. Since its re-release, Astronaut In The Ocean has turned into one of the biggest songs in the world. It’s had multiple weeks (and a #3 peak) in Billboard’s global-aggregating singles chart, taken Masked Wolf everywhere from Jimmy Fallon to GQ, and has the world asking who he is: an introduction article we wrote about him two years ago - some of his first ever press - had triple the pageviews in April 2021 than it did in the time between its publishing in February 2019 to the end of 2020 (a period of 23 months).

As such, Astronaut In The Ocean has launched Masked Wolf into a near-household name, pedestaling him as another flag-bearer for Australian hip-hop on an international level. It’s a notoriously difficult title to hold, one that seemed near-impossible for almost a decade, despite hip-hop’s dominance in the US and its growing popularity in Australia. Only recently have Australian rappers become a legitimate charting success in the US: Masked Wolf and The Kid LAROI being the only two to achieve a top-ten charting hit since Iggy Azalea's Fancy in 2014, which at that point, was the highest-charting Australian hip-hop single ever released.

Astronaut In The Ocean, unknowingly to many, couldn’t be any further from the start of Masked Wolf’s journey.

When he was 13, his parents got divorced, and music provided a way for the rapper - real name Harry Michael - to vent emotions and feelings he otherwise struggled to convey. “I was a very bottled up person,” he says, speaking over Zoom from a plant-littered Sydney studio, where he’s spending a morning doing press. “I never really spoke about what I was feeling, and I was an only child, meaning I didn’t really have anyone to talk to at home.” When his parents split, he moved in with his Greek-speaking grandparents, which amplified the isolation he felt from those he could talk to. “I couldn’t really speak to my 70-year-old grandma about anything, you know?”

Rap music became a place where Masked Wolf could finally feel heard, relating to the struggles indebted in the genre’s often-intimate lyricism. Inspired by rappers like Eminem and G Unit, he soon began writing bars of his own, as a therapeutic tool to convey his own thoughts and feelings as they spiralled amongst the separation of his parents, and the isolation that followed it. At last, he finally had a way to get things off his chest. “I look back at it and I’m like ‘maybe I should have spoken out more,’ but we all have our experiences that we learn from. I’m a very upfront person now, so putting [music and emotions] together is a good combination for me.”

After starting to look at music as a more serious career option, he signed a management deal, albeit a toxic one that wouldn’t let him release music “for about five years.” Nevertheless, he persevered, and spent that time with his head down, refining his sound and envisioning what exactly he wanted to show with his work. He worked hard to break down what Masked Wolf was and built it back up again, eventually signing with a new manager and sharing his debut single Speed Racer - a knock-out hit that encapsulated everything Masked Wolf wanted to show with the project.

“10 years is a long time when you think about it.”

In the two years that followed, Masked Wolf released a number of singles that welcomed his multifaceted vision, and how his brand of intimate and personal songwriting looped them altogether. Astronaut In The Ocean was one that came out early on, released as his fourth single and promptly followed up with more - the song Evil On The Inside later in the same year, and four additional songs throughout 2020 - as he continued to define his vision and sound with every track he put out. Originally, Astronaut In The Ocean didn’t land how they’d hoped - “no one said it was crap but it just wasn’t getting the push,” he told GQ - until late-2020, when the single found itself an unexpected hit on TikTok and, naturally, begun to dot playlists across the world.

Although many of Masked Wolf’s songs have the same charm as Astronaut, it almost feels like the perfect representation of Masked Wolf; the perfect introductory point for the rapper and everything he aims to deliver through his work. Musically, it’s fun yet focused, with a darting production by Tyson Hapi bringing together the cliff-faces of indie, pop and hip-hop with a natural-sounding shine. Masked Wolf elevates that production to the next level, however, switching between tones and speeds as he unites one of the year’s catchiest choruses with reflective and personal verses; ones that emphasise the cathartic nature of his songwriting.

In saying that, the beauty in Astronaut In The Ocean isn’t so much in what Masked Wolf shares about his own life, but more in how his own reflection encourages others to talk about what’s happening in their own lives, and reach out for support - something Masked Wolf didn’t have much of himself growing up. “It’s kind of like a mini-survey about your life,” he says. “I feel like not a lot of people ask a listener how they’re feeling [through their music], like everybody wants to talk about themselves.”

It’s a level of authenticity that Masked Wolf strives for in his work; one that paints a picture of him being someone visible - someone to talk to - in times of hardship. Naturally, as Astronaut In The Ocean continues to blow up, his social media DMs have become littered with messages of hope, appreciation and support. “I get a lot of people being like ‘hey, I’m really depressed and I just found Astros, and it’s helped me a lot’. I never saw myself being that person.”

Even if he didn’t picture for himself, the feeling of being someone people feel like they can talk to in a time of need has become one of the most beautiful parts of his glow-up - understandable, considering his own experiences growing up. “I always said to myself that I’d be happy making $500 a week being able to make music full-time and whatever else there is becomes a bonus, but now it’s so much more than a bonus which I’m so thankful for,” he beams. “I get to help people; I feel like my songs preach to people rather than saying something random and unneeded.” 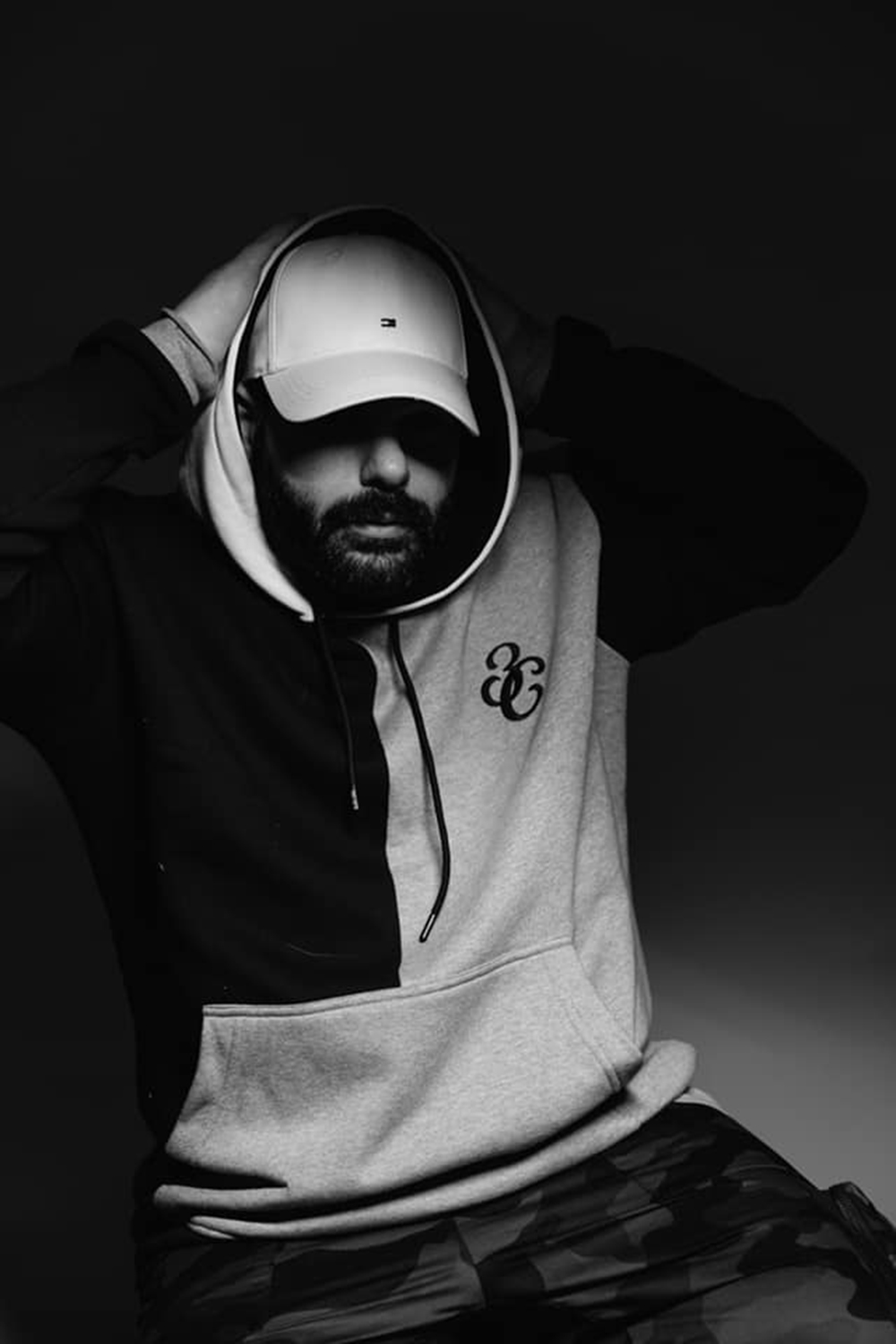 Nowadays, Masked Wolf - as a project - is far different to what it was when we first met two years ago. For starters, his music has a few hundred million more plays than what it did back then, and soundtracks everything from work-outs to videos of Jennifer Lopez dancing on TikTok. Still, the person behind Masked Wolf is still exactly the same; driven by the same determination for authenticity and greatness that fuelled his work years ago. The only major difference is back then, Masked Wolf had to share his time with corporate sales, whereas now, it’s a full-time experience.

In spite of Astronaut In The Ocean’s sudden and explosive rise, the focus hasn’t changed - and it’s that authenticity that keeps everything in check. “The same thing - being authentic - to be honest,” he says, asked what people should expect from Masked Wolf now that he’s biting the bullet of success. “I still want to keep that in your face lyricism and that unique sense of work, where you can’t pinpoint it or say ‘he’s trying to be like this artist now’. I don’t want to show them that I’m another one-hit-wonder, but that I was meant to be here.”

Excitingly, he hopes that his forthcoming debut album - still to be announced - will be the thing that “cements him in the concrete,” as he says. “I want the album to be like the showing of an immovable object. I don’t want to throw out 15 songs that don’t connect.” He points at albums like My Beautiful Dark Twisted Fantasy as a source of inspiration, and how he hopes to create a similar, full-rounded experience with his own album.

If that’s anything to go by, the unveiling of Masked Wolf isn’t going to be a short-term affair. Soon, he’s going to be leading the pack. 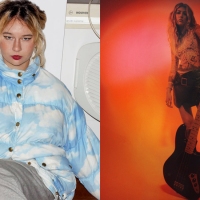 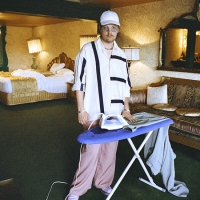