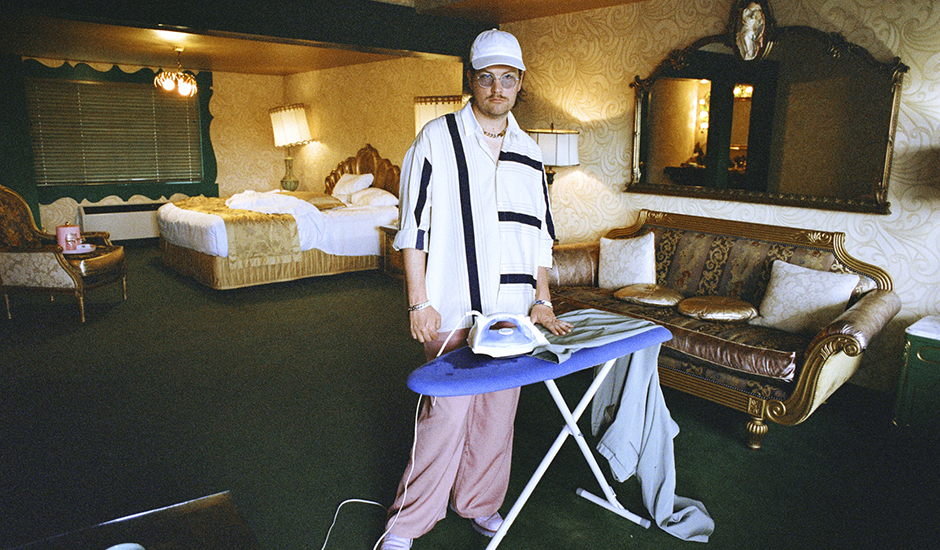 When it comes to dance music, it’s hard to look past the French. The ‘French touch’ - as they call it - has been dominant since dance music’s popularisation in the 90s, helped pioneered by the earliest work of musicians such as Thomas Bangalter (Stardust, Daft Punk) and the late Philippe Zdar (Motorbass, Cassius). Since then, the country’s club culture has evolved itself numerous times over, from the rise of Ed Banger (including Justice, Mr Ozio, Busy P, SebastiAn, Breakbot) to the hip-hop-meets-tech-inspired Bromance Records (led by Brodinski and including acts like Gesaffelstein, Club Cheval and Louisahhh), right through to those artists that sit outside of these two legendary labels, like Madeon and M83.

Across the last decade, Myd has been amongst it all. The musician - real name Quentin Lepoutre - has a discography that weaves in and out of France’s dance music history, including the two aforementioned labels - Ed Banger and Bromance - that helped inspire and influence its modern-day sounds.

He was there as Club Cheval found themselves in the centre of an international storm; Myd - alongside Sam Tiba, Panteros666 and Canblaster - founding the group back in 2010 and aiding them on a six-year journey including a breakthrough debut album and shows across the world (including Australia, “I really love it there,” he adds). In various roles, he’s worked alongside everyone from Kanye West to Dua Lipa, the Myd universe being an ever-encompassing cloud that covers even the most unexpected corners of music. Then, all the meanwhile, he has been working away on his solo material, first through Bromance Records and then through the legendary Ed Banger, who he joined after Brodinski closed Bromance in 2017.

If there’s been a pocket of French electro brilliance to emerge within the last decade, then chances are there’s only a degree or two of separation between it and Myd; if Myd is not directly involved himself, that is.

Despite his prevalence over dance music’s last decade, however, the only album Myd has ever put out was the one with his Club Cheval brothers: Discipline, back in 2016.

“I spent a lot of time working with other people, and I think that when you’re working in a band, it’s hard to focus on your own project because it takes up a lot of energy, inspiration and insight,” he says, talking from his Parisian apartment. The Myd discography continued to grow as a solo musician, but mainly through remixes and stand-alone singles, as well as EPs like 2011’s Octodip, 2013’s Freak Andy and 2017’s career-moulding All Inclusive. “I think it was a maturity thing, if that makes sense.”

Writing the aptly-named Discipline record did, however, give Myd the sense of routine to start taking an album of his own more seriously; the years spent in the studio together “from 8 AM every day” showing that he was prepared to begin the meticulous album creation process, and everything that included. So, that’s what he did, and thus, Born A Loser - the long-awaited and long-overdue debut album from Myd - was born.

Worked on throughout much of 2019 and 2020, Born A Loser is Myd at his most concentrated and self-assured, encapsulating his continued imprint on dance music while showing how he continues to define the curve in years to come. It packs his long-winding journey down to a distinct 14 songs, flowing with the free-spirited light-heartedness that shows both in his music and within our conversation, and how he’s able to convey that through a cutting-edge blend of decades-spanning electronica. “For me, the album is ending a chapter more than opening a new one,” he says in a statement accompanying the album’s release.

If Born A Loser soundtracks a chapter, it’s going to be the chapter that squares itself on the dancefloor and the community of off-kilter, left-of-centre people drawn to dance music’s trademark euphoria. Almost all of the album was written while Myd was touring these dancefloors himself, the producer taking the kinship of the community and translating it into a wholesome yet upbeat energy that fuels Born A Loser. It thrives off that family-like atmosphere of the dancefloor and how it can bring together those even the furthest removed from one another in traditional society, a place where the ‘weirdos’ can come together and celebrate their strangeness. 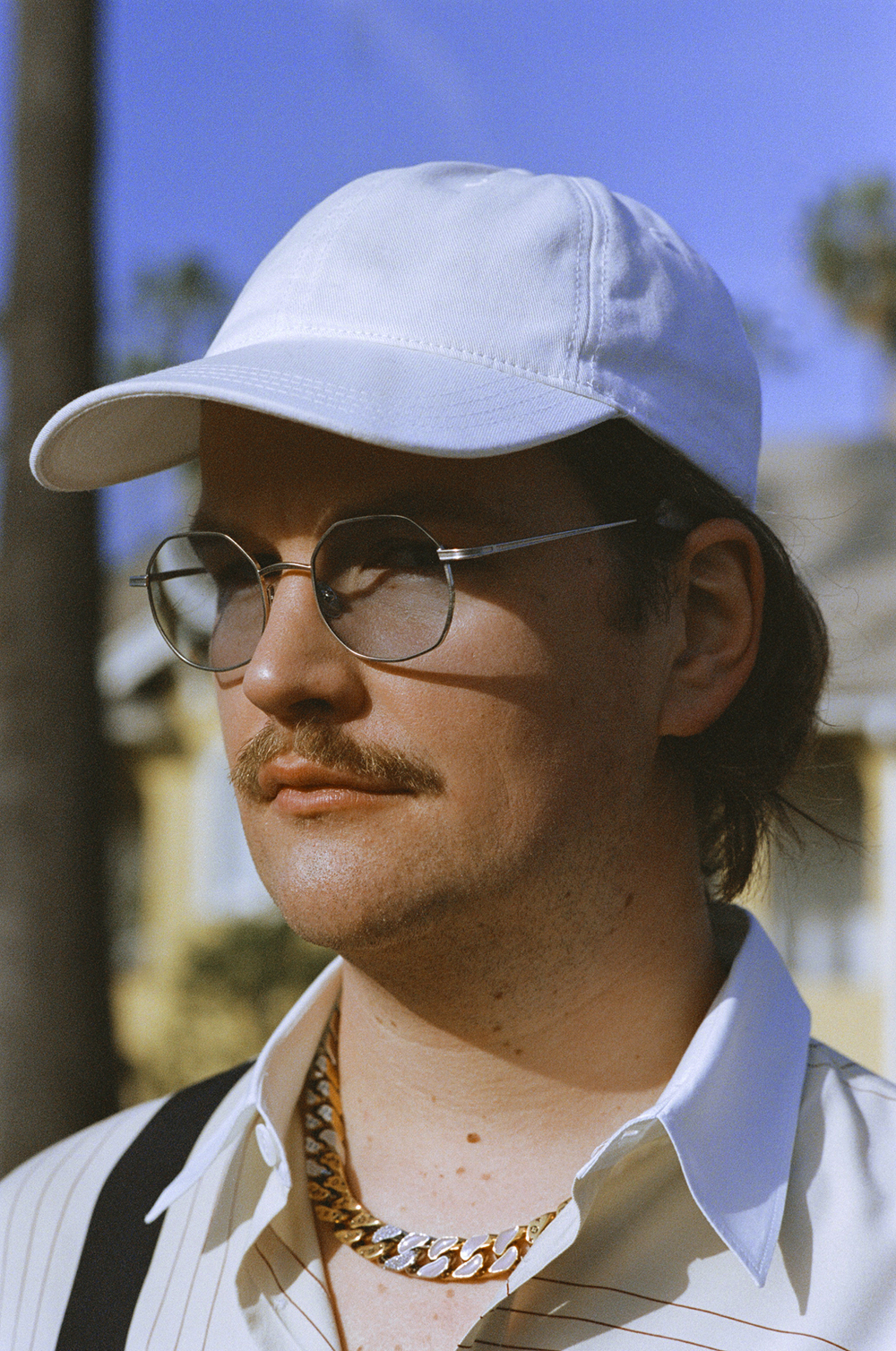 Weirdness is something that has long inspired Myd, and in turn, has long been associated with his work. It’s difficult to find press about the producer’s work that doesn’t mention his quirkiness, and while it shows through interviews and social media, Born A Loser is a genuinely ‘quirky’ album, filled with the quips long characteristic of the producer. There is, for example, the playfulness of the melodies that occupy the album’s sun-soaked production, right down to the guest features in musicians like Mac DeMarco, a character whose personality shines as bright as his music.

In terms of Myd specifically, a lot of his personality comes through the album’s sonic foundations and the blend of indie and pop - the sounds of his youth - that come together with the dance music backing he’s more commonly associated with. On the DeMarco-assisted Moving Men, whistles and guitar move amongst a rich palette of synth and percussion, finding the perfect balance between Myd’s multi-faceted musicianship. Other tracks, meanwhile, are more pop-centric in a conventional sense, while those like Whether The Weather takes a conventionally more subtle musician - the folk-leaning Juan Wauters - and places him amongst the depths of a strobe-lit atmosphere, rushing with the same pace of a club in the early morning.

For Myd, this balance wasn’t too complicated to find. “It’s a natural thing for me because it’s the music I listen to,” he explains. “On one [side], I listen to a lot of indie rock, but I also listen to a lot of electronic music, and I’m really influenced by French electronic music.” Born A Loser is Myd ploughing these two worlds together in unexpected ways, like - for example, having to work with the typically more reserved Juan Wauters to transform his distinctive sound into a dance music setting.

“I tried to sample some songs of [his], but I couldn’t because his voice was not fast enough,” he explains, talking about Whether The Weather came about. “So I had to create this kind of fake Juan Wauters song, so I could build my club song, and that’s how it worked. My goal isn’t to invent a new style or anything; it’s more like creating a recipe out of songs I love already.”

Born A Loser was almost entirely made before coronavirus shut down club culture in France, meaning that the record’s sound hasn’t been too affected by the lockdowns of the last 16 months. Since then, however, Myd has been focusing on building what’s going to come on the other side of continued lockdowns and at-home parties, many of which being a natural extension from what he learnt with the creation of the album.

A notable example is vocals, with Born A Loser featuring Myd’s vocals for the first time, debuting after a drawn-out process building his skillset and confidence. “Like everyone, when I first listened to my voice recorded, I hated it,” he says. He pressed forwards, though, with the hope that having control over the vocals on the album would give him the complete flexibility to create almost anything he’d like. “I’m a control freak, and most of the time when I made songs, I was sending them to other people for vocals, and I had no control over them - it was tough.”

Now, vocals are something he’s experimenting with more and more, whether it’s on Born A Loser or what he’s doing next. “I’ve never done a full live show - including singing - in front of a crowd, but when you sing your song, it’s way more…” He can’t find the word, but it’s more personal and rewarding; he ends up explaining. “When you sing in front of people - even if it’s not a real-life crowd - you are way more naked in front of those people, and it feels incredible.

“It’s coming along little by little,” he continues, talking about the growth of his vocals. “I hope I’ll soon be able to play in front of a full crowd and really learn how it feels to sing in front of so many people.”

Vocals weren’t the only thing picked up along the Born A Loser journey, either. “It feels amazing knowing that you can finish something; it’s the same as writing a book,” he answers, asked what he’s learnt about himself in the creation of the album. “You now know that you can do it, and it feels like you can do anything.”

Myd can achieve anything he sets his eyes on; it’s something that’s been consistently highlighted amongst his sprawling journey through French electronica. With Born A Loser, however, it’s Myd discovering that on his own - a long time coming, and really, just the beginning. “I’ve got more confidence now.” 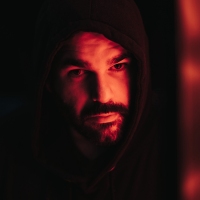 The unveiling of Masked Wolf: “I was a very bottled up person.”The Sydney rapper’s single Astronaut In The Ocean is one of the biggest songs in the world, but it’s hardly the start - nor the end - of his journey. 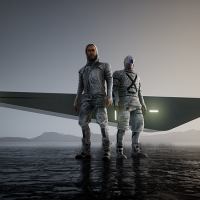 The futurism of H3000: Luke Steele and Jarrad Rogers' new projectH3000 brings together two of Australia’s most forward-thinking musicians for an emotive intergalactic journey.

Abbe May takes a break from writing her new album to play SOTA Festival this weekend.