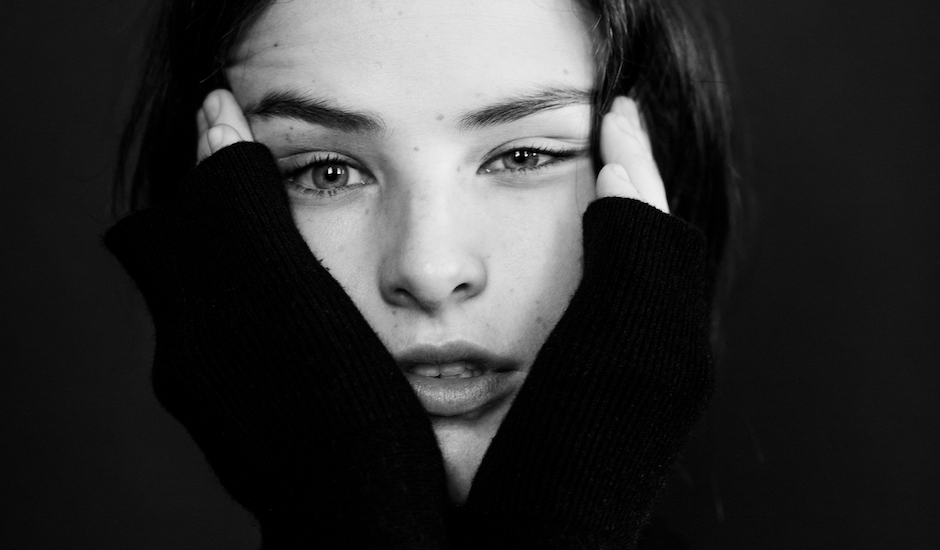 Ela Minus is exhausted, but more energised than ever.

She’s just moved back to the Colombian capital of Bogotá to be closer to her family and away from the madness of New York, especially in a time as unpredictable as now. Eventually, she wants to move to the mountainous countryside outside of the city - “somewhere secluded in nature, somewhere I could actually rest being tours” - but for now, she’s staying somewhere she can just settle and keep good internet connection. After all, she does a full, debut album coming out, and the DIY culture she surrounds herself in means that she’s playing several pivotal roles in the album’s roll-out.

Although her move away from New York was partly to be closer to her family in a time of chaotic uncertainty, her debut album acts of rebellion is one built to perfectly soundtrack this time. It’s a descent into madness. A soundtrack to a revolution, whether it be a personal revolution or one representative of a world filled with conflict - conflict surrounding racism, sexism and bigotry; conflict against a pandemic and the attitudes it’s unearthed from society’s most sceptic; conflict resultant of political egos, ahead of a US Presidential Election that’ll happen just two weeks after acts of rebellion arrives.

You’d be surprised to learn then, that the album was written throughout the course of 2018, when these things couldn’t have even been predicted, let alone written about musically. “As soon as I finished it, I wanted to release it as I thought it was going to lose all of its context,” says Ela, wrapped up in a jumper on Zoom, from her dark-lit Bogotá home. “This album is so fucking specific, and I thought it might not have been as generally relevant if we didn’t release it right away.”

Instead, sitting on the album didn’t so much take away its context as it did emphasise it. Dominique, a song influenced by the controversial Dominique Francon in Ayn Rand’s novel ‘The Fountainhead’, has themes on isolation and lack of interaction that feels particularly poignant considering the last six months. Another example comes from megapunk, the album’s second single, which was scheduled to be released as the US elected their next President. However, as the Black Lives Matter protested emerged after the death of George Floyd, she brought forward the release and shared it within a week of the protests becoming nationally broadcasted. “It was the fucking song for the moment, it needed to happen.”

As a musician, Ela Minus’ progression always was centred around what felt best for her, even if those around her protested against it. As a keen drummer, she joined a hardcore band - Ratón Pérez - when she was just 12 years old, distilling punk and DIY spirits into her musicianship before Ela Minus was even concepted (her real name is Gabriela Jimeno). She moved around, eventually attending Boston’s prestigious Berklee College of Music, a ‘cut-throat’ place that left her feeling uninspired until she found the city’s techno parties in search of something to pluck her out of the college’s ego.

Like many have spoken about before her, the relentless energy of techno and its cathartic history made Ela feel at home. Re-inspired by club culture, she changed paths at Berklee and began studying music synthesis, where she learnt the ins and outs of production hardware and software; the former - tinkering away, building and designing synthesisers - informing her work almost a decade later, on an album crafted solely on hardware without any synthetic backing.

acts of rebellion is an album that merges two sides of Ela Minus. One crafts laborious techno that feels part-hedonistic, part-painstakingly intensive; built from keyboards, samplers and synthesises scattered throughout her home (she mentions how strange it felt quarantining for two weeks, removed from her hardware). The other side, uses this techno to forge moments of rebellion and highlight injustice, from the small and interpersonal right through to the grand, and world-spanning. “It was something that formed in the process of making the album,” says Ela, asked whether this techno-soundtracked revolution was always going to be at the album’s core. “I knew I wanted to make a club record, but I didn’t know it was going to be centred around rebellion - that’s something that formed in itself.”

To build a record bent on revolution was a process for Ela, one that required education, especially when it came to her own being. “To be honest, it took a lot of acceptance for me to accept the album that I ended up making,” she explains. “It’s my first album - one that has taken a lifetime for me - and I felt like it would’ve been easier for me not to have an electronic album so centred around rebellion.” She worried that it would be too hard to digest, especially in a dance music culture so heavily built from aesthetics: “I thought it would’ve been too much.” 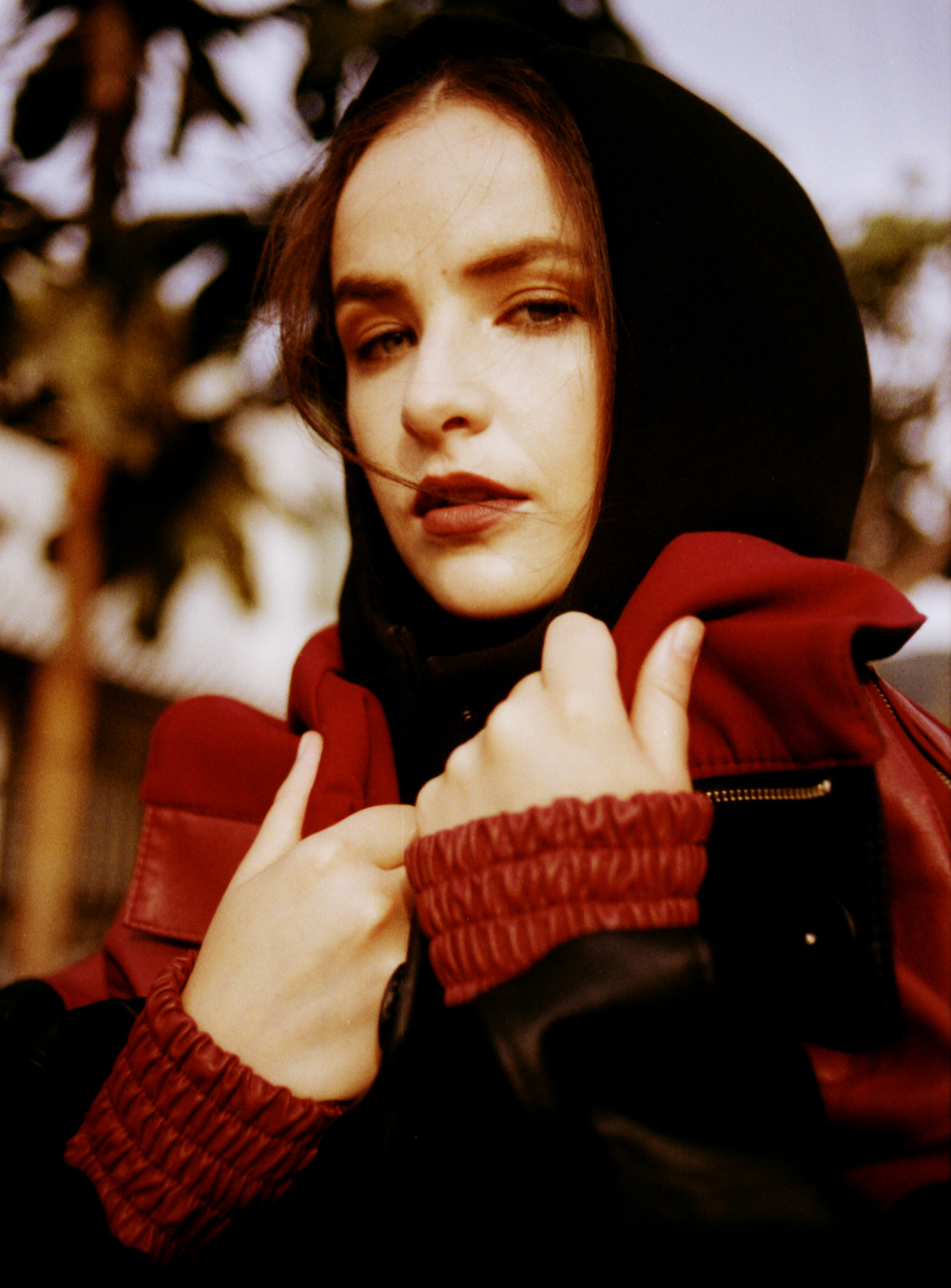 Dance music’s foundations are built from rebellion. Long before corporate interest, dance music provided a safe-haven for those marginalised from society. The underground of club culture was a place where Black people, queer people, people of colour could gather freely without the threat of policing, and the music that played - music that defines current-day dance music - was cathartic. It gave an opportunity for these people to be themselves, to find freedom on the dancefloor and feel empowered when their usual life couldn’t. It makes sense that dance music feels freeing to many people - even those outside of those communities - today. It’s what it was founded on.

Now, much of dance music’s historic core has been bought out and shipped to the masses. Every few years, a producer - usually white, often male - will claim to popularise a genre that in a way, would stem from dance music’s past. Dance music festivals will have lineups with a mere gram of racial diversity, despite every act carrying sounds founded and shared within these safe havens.

“I am so fucking tired of only hearing aesthetics,” sighs Ela, frustrated with how the current-era of dance music remains superficial, void of meaning beyond thoughts of what sound would be the most commercially successful, or get them higher on the Ultra lineup. “I’m not saying that this album is going to fix it, but I wanted to create something I was listening to. Some honesty. Some roughness.” She mentions she was influenced by the dance music culture of the 80s and 90s, a time where commercial dance music was still political, or at least stood for something. “Everything is so polished and sterile now,” she continues.

acts of rebellion doesn’t set out to completely re-write dance music, nor does it aim to bring a sense of passion and politics back into its core. Instead, they’re just things that come from authenticity, and awareness that extends beyond festival lineups and trending sounds on TikTok. acts of rebellion is an album rooted in revolution, sure, but it’s also an album that just reflects the current times - a purely surface-level, superficial dance record has no place in 2020: A year where the people stand up to police brutality and political corruption; A year where the very people that founded dance music - Black people, queer people, people of colour - feel they can’t be safe with the rest, due to increasing bigotry and hateful violence even from the President.

It does, however, bring relief to Ela Minus - someone who just wants to do what they can to help those who need it most. “I’ve never felt prouder of anything I’ve done in the past,” she exclaims. “I wish I was simpler sometimes, but this album allowed me to accept myself. My baggage. My thoughts and the meaning behind them - even the ones I was unsure I wanted to share with people, because dance music is so about aesthetics.”

Dance music has a place in the revolution, and if the revolution will be televised, then it’ll be Ela Minus’ music soundtracking it.

Ela Minus' debut album, acts of rebellion, arrives on October 23rd via Domino Recording Co. You can pre-order it here. 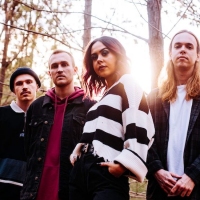 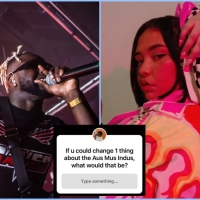 Dorian Electra, pop’s norm-defying star, is ready for the spotlight