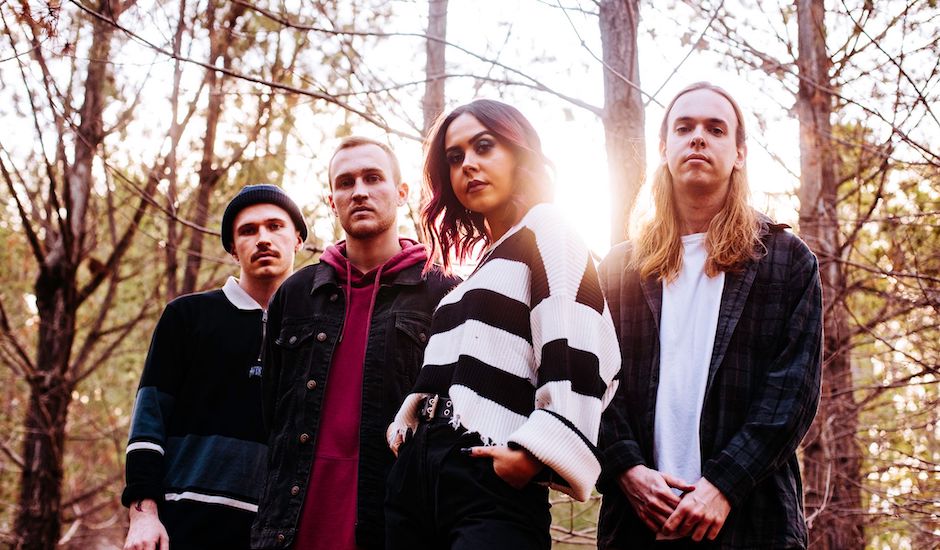 Yours Truly are re-writing a tired pop-punk narrative for the modern era.

You know the one – unrequited love from your dream girl, a deep-set hatred of your hometown and the desire to get out while you can, references to varsity leagues and nautical symbols, all largely presented under the male lens. Pop-punk hit its stride in the early noughties, globally setting into a mould that still exists decades later. But, despite being grounded in reality (who hasn’t wanted to run away when things felt like they were going to shit?), its bombastic singing and often cringe-y stereotypes blew the genre up to a point where even the most authentic songs seem like TV adaptations of the original book.

That’s not to discredit the heart behind pop-punk at all; the genre’s power to save people and provide both comfort and escapism has been long-standing. Instead, it’s the way these stories are presented that don’t quite gel with the bluntly emotional, stream of consciousness we see dominating the charts of 2020, via everything from emo-rap to folk-pop. That’s where Yours Truly come in: an emerging band from Sydney, who have the guts and charisma of traditional pop-punk, but with the vulnerability and fearlessness of now.

In a short few years, Yours Truly have gone from a group of teen music fanatics, sweating it out in their local East Coast scene, to a global breakthrough act, playing the likes of Download Festival (UK), Riot Fest (US) and our very own Good Things. Their debut EP Too Late For Apologies and follow up 2019 release Afterglow saw the band hit the ground running, amassing millions of worldwide streams and dedicated homegrown fans, but this next album sees them hit their stride. Tomorrow, Yours Truly will release their timely debut album Self Care.

“We kind of were just sitting in this room, and we were talking about our lives and what we had experienced in the past year, and how much writing this album helped us,” vocalist Mikaila Delgado explained, “and that was where we came up with the name, Self Care.” 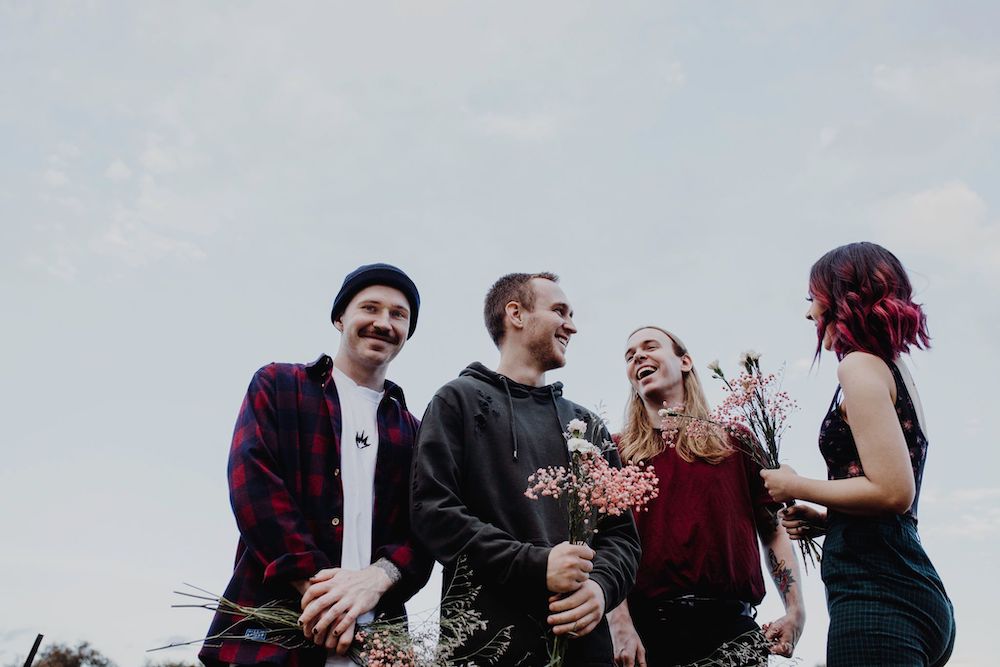 It’s a Thursday morning and Delgado is relaxing at home, talking through the album’s creation. She’s unaccompanied on this Zoom call and free to go in-depth on the little nuances that have led to this pivotal moment: how the band quickly started writing in April last year and were recording under a year later, how natural it felt to write each song and dip into the tough personal lives of each member, and why they chose to cover Oasis’ Don’t Look Back In Anger for triple j’s Like A Version (“because, you know, we obviously just wanted to set ourselves up for internet bullying”).

“I think that you don't realize until you've stepped back and you're like, well, we're completely different people than what we were last year. And we don't sit around; we're not upset about the things that we were upset about [while] writing the songs, and it's because we wrote about them. It was our own self care. It was us overcoming these things in our lives.”

Self Care is a collection of ten songs she says represents each side of Yours Truly, for better and worse. You’ll come for the uplifting, hook-driven numbers like Composure and Together, which feel just as appropriate on a sweaty dance floor as they do through headphones on the morning bus, but stay for tender moments like Undersize and Half Of Me. The album is an unfiltered melting pot of reflections on relationships, dreams and tough realities.

“I was feeling really down about myself and I just had this sensation of feeling like I was invisible,” Delgado admitted, while discussing her writing process. “I remember calling Teddie [Winder-Haron, guitarist] and just being like, I know this is going to sound crazy but, the past few days, I feel like I'm not alive. Like, I feel like I'm dead, and I know I'm not, but I just feel like a walking zombie. I feel like everything's making me anxious and I don't know what's going on.”

The pair channelled these raw feelings of anxiety, doubt and burn out into Ghost, a track that appears midway through the album. The catharsis drips off Delgado’s every word as she fearlessly sings “these hands/feeling worn and real tired/I can’t create it if I fake it.” Her vocals are arguably at their strongest on the record here, cemented in with drummer Brad Cronan’s percussion emphasising every line. The result is an honest letter from Delgado to herself, one that had been a long time coming.

“[Ghost says] you just need to move on from this idea of who you think you are, and you're not always going to feel amazing. I've always liked to think that I'm stronger than that and I'm not going to let anything make me upset or let me feel bad. And I think that [talk with Teddie] was the first time I was like, ok, I think we need to just like chill out for a second and just accept that not everything is always going to be roses, and that you're allowed to say that you're not ok.

“That was the first time in my life that I ever spoke to someone and was like, I do not think that I'm ok. So that's what that song's about; it sounds like it’s about someone, 'I'll reminisce the old you,' but it's more just about accepting that you're not the version of yourself that you were yesterday.” 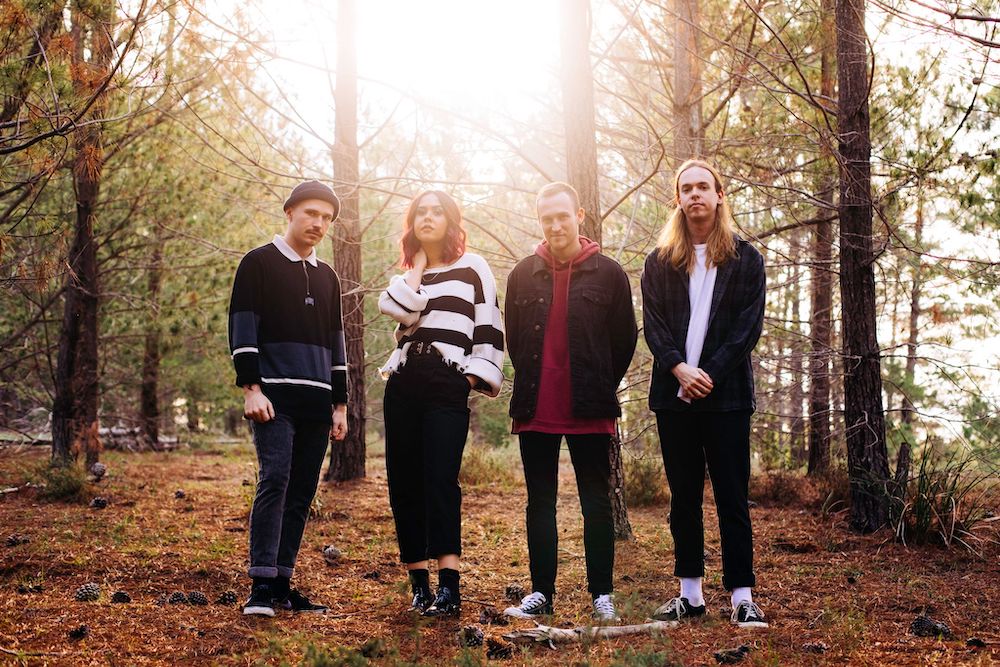 Yours Truly explore a wide range of introspection in Self Care: not just recognising issues but developing the patience and understanding to deal with them. The acceptance that grounds Ghost flows into their energetic pop-driven recent single, Funeral Home. The premise is based on Delgado’s history of only seeing certain family members once a year, or so, at various funerals, and the “weird sensation” that comes with it. “When someone's passed away and people are almost enjoying themselves at a funeral, [that] to me makes me really uncomfortable. It almost makes me sad,” she added. There’s no denying it’s odd to be connected so deeply to people you barely know, and difficult to almost mourn the loss of not having those close extended family ties, but Funeral Home sees Yours Truly confronting it head-on.

“I think the whole thing with that song being a part of Self Care is that, even though it's something that actually upsets me and makes me uncomfortable, it's something that I've learned to kind of just deal with. It's like, oh, that's just the way that it is, and if you have people in your life that mean something to you, you don't need to go searching for more.”

The band’s recent performance for triple j’s Like A Version was another exercise in acceptance. Taking on an ambitious cover of Don’t Look Back In Anger left the audience polarised, half praising Yours Truly’s fresh interpretation of the Brit Pop classic and half sticking to their purist stance. “I think we expected to not have the, um, the majority of people accept a pop-punk cover of an Oasis song,” Delgado laughed, after mentioning how surreal it felt to even just be in the famed studios. “We were performing in front of a whole bunch of people that had never heard of us before [too]. So, you know, can't win them all!”

Despite countless positive messages and increasing streaming numbers that can’t be forged, there was one grim reminder of how far Australia’s punk community still needs to go. As Delgado recounted: “I read this one comment the other day and it was like, oh these bands - all it is is some guy that wants to ride a skateboard and some girl with pink hair wondering if her guitarist likes her.” This prompted a brief conversation about the place of women in music and how easy it is to be discouraged purely from systemic sexism and archaic beliefs of what gender dominates what genre.

“I feel like, especially starting out, you sometimes don't really feel like you belong like in the same space as all these other people and other bands because you know, you're not a man,” Delgado noted. “But… I think it's definitely changed with us progressing. I wish that the respect would just come automatically regardless of what gender I am, but it's almost like you have to prove yourself a little more to be accepted [and] to be respected by everyone else.

“The thing is, if there [weren’t] other women in this scene, then I probably wouldn't be here and I probably wouldn't be doing this. I've always looked up to other women in bands… it probably is the whole thing of like, it makes it look accessible to you. I think it's really cool to see a powerful woman. And if I can be that for a young girl and she can look up to me and think the same like, oh, who cares what people say ‘cause she did it and she has respect, then that's kind of a job done.”

They say the best remedy is to prove them wrong, and that’s exactly what Mikaila Delgado is doing. Yours Truly are steadily carving out an inclusive, emotionally liberating space in Australia’s alternative scene, backed with a series of steadily growing releases. The Sydney four-piece are a package deal, seamlessly combining universal tales of doubt, imposter syndrome and personal awareness with hard-hitting melodies and whirlwind production that’s sure to worm its way into your ears for days.

The timeliness of Self Care can’t be ignored, yet it has a core message that feels timeless: life has its ups and downs but getting through them presents so many opportunities to learn and grow. And that’s what Yours Truly are doing, helping each other get by the best way they can.

Yours Truly's debut album Self Care is out September 18th via UNFD. Pre-order the record here. 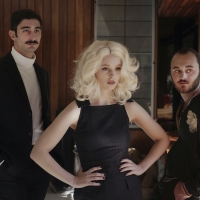 The graceful maturation of San Cisco: “We’re getting old.”As they reach into their 30s, San Cisco are growing up, and their new record Between You and Me shows how to do it gracefully. 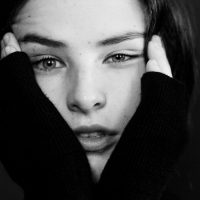 Ela Minus is building an album for a techno-soundtracked rebellionOn her debut album acts of rebellion, the Colombian musician inspires people to revolt - all while rebelling in her own ways too.

Fresh from the release of his second album, the beloved Australian musician will be touring around the country next year.