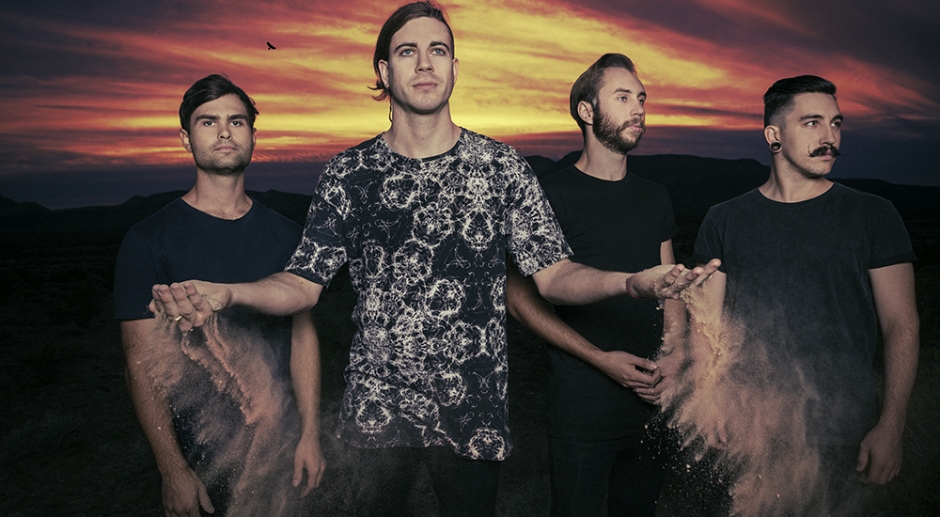 "I listen to everything but metal and hardcore generally, I need a break from it! Damien Marley is excellent…he's awesome, oh and I listen to a lot of soundtracks." Not exactly what you'd expect to hear from a guy who makes a living from screaming his fucking lungs out, but then again, Jake Taylor isn't exactly your average hardcore/metalcore/somethingcore vocalist. He's a tree-hugging, hacky-sack playing, all round chill-dude, and he's also the frontman for In Hearts Wake, Byron Bay’s heaviest export since Parkway Drive, and 2015 is shaping up to be the biggest year of his life.

Taylor speaks from his hotel room in Utah where In Hearts Wake have just kicked off a massive tour of the US, but as exciting as that is, there are more pressing issues to discuss than the band's nine weeks worth of shows with The Ghost Inside. At the time of our catch up, Taylor and the rest of In Hearts Wake have just dropped a bomb on their hundreds of thousands of fans, one that's been kept under lock and key for more than a year.

The payload is Skydancer, part two of a massive double-album project that was released at the start of the month, exactly 364 days after In Hearts Wake released part one - Earthwalker. Taylor goes into what both of the album titles mean and where the idea originates: "The concept for Earthwalker and Skydancer ... [came] from native American Indian culture, they believe that there is Father Sky and that there is Mother Earth, and we, the indigenous native culture, are in between and we cannot exist without the other, and that is how we are the whole."

In addition, Taylor's personal experiences helped to shape the elaborate double album concept. "As a young child my parents separated when I was about seven and I was flung into two different worlds; the divine masculine which was my father, and the divine feminine; my mother. I guess going on weekends to my father's house and my mother's on weekdays, I really felt the difference between the two worlds and how I fit in between them and how I needed both worlds to be me."

The two albums were recorded during the same six-and-a-half-week session back in late 2013, but Skydancer was only announced in March this year. Taylor explains why the band went to such lengths to keep part two of the project a secret: "I mean, if we had announced that we had two albums coming out back in May 2014, people would've listened to the first record and then thought, 'Well wait, there's more, I want to hear the rest of it,' and they wouldn't have been satisfied with what they'd been given. It really maximised the potency for each world having its own spotlight. We didn't want to dilute the industry or the scene with too much music, too much for people to sink their heads into, so I think it's a special thing.

Writing both albums at the exact same time, early assumptions may be that In Hearts Wake would be releasing two very similar sounding albums in the space of a year. The frontman is quick to dispel any fears that Skydancer would be a carbon copy of Earthwalker by explaining the writing process behind the two records. "It was usually the music that would dictate the lyrics. How the music would sound, whether one thing was bittersweet and chaotic - a lot more predictable as opposed to the other track being fast, rigid and very aggressive and that would then flavour the lyrics each way and I would write accordingly. The final seven or so tracks we needed to make up our 22, we really tailor-made those to just be opposite and to flavour the different albums completely."

With both Earthwalker and Skydancer being recorded over the number of weeks that most bands would need to create one album, there was always going to be a risk of quality over quantity, but Taylor assures this isn't the case: "It definitely holds its own as a record man, it's not gonna be a record of B-sides in the slightest, it's definitely on par, if not better than Earthwalker."

Something Earthwalker was overflowing with, and Skydancer has done equally, is continue the band's ethos of pushing social and environmental issues to the forefront. Taylor sweats on the importance of this: "People have been making active roles to be a part of the bigger picture, I've definitely seen that, and even if these people aren't actively making a difference they're aware of how to make a difference and that's the most important thing; actually being aware."

Far from the first band to try and open people's eyes to the pressing issues in the world around us, Taylor highlights the sense of community achieved by standing up for the world and explains how it's helped the band reach a wider audience. "We've had a lot of amazing people come up to us at the shows, people that you wouldn't normally pigeonhole into the hardcore scene. We're talking… I don't want to call them this, but I'd say they're alternative?" he suggests, diplomatically. "Just people that are very aware and connected to the future of the world. So a lot of different people turn up to our shows as well as the true blue hardcore, punk, metal fans. The reason behind punk and hardcore, originally, was to rebel against the status-quo and to be a voice for change and it's finding its way again in all of this."

When it comes to being a voice for change; the bigger the stage, the better. Taylor and the rest of In Hearts Wake will find themselves on the most sizeable stage of their careers this May when they set out on the Skydancer tour across Australia. He speaks with bona fide excitement and enthusiasm about the approaching album release tour. "100%, this is the biggest tour we've ever headlined and I think it might even be on the next step for the band. It's almost like taking three steps forward, playing to two-and-a-half-thousand people, so it's quite a daunting step and quite a big step for the band…but at the same time we're so ready for it.

"We've matured as individuals and this isn't an overnight hype band, we're here to stay and we've got a very cool fan base that we've cultivated. I feel like it's going to go really well."

Skydancer is out now (purchase HERE), and you can head to the tour FACEBOOK EVENT for show/ticket info. 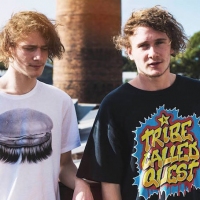 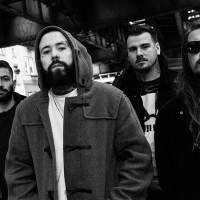 On her debut EP NOCTURNAL HOURS, the Melbourne-based musician carves a culturally indebted pop sound unlike anything else we’ve heard.