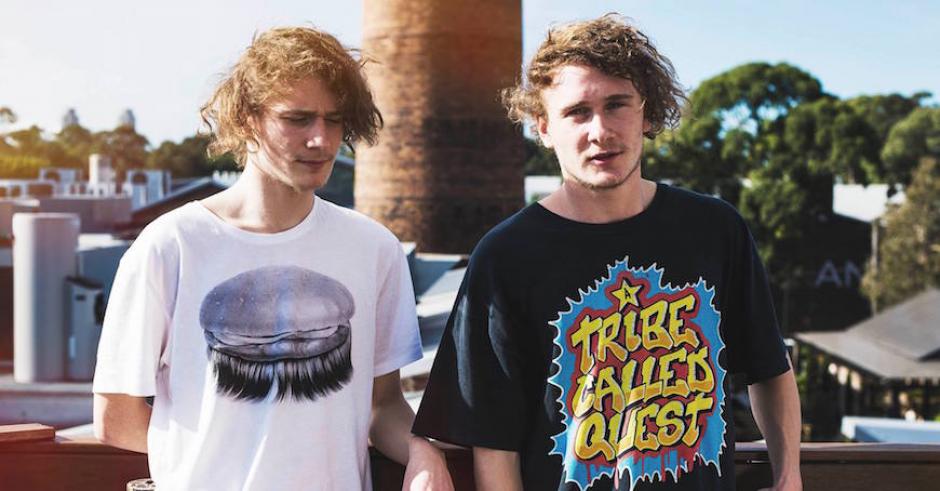 Back in the days of our first ever website, I distinctly remember writing up a blog post called - "Artists To Watch: Cosmo's Midnight" - during early/mid-2013. At the time we were talking about one of their first-ever releases, a sneaky free download of Flume's breakout single Sleepless. Since that post we have been keenly watching the twin duo, and to the surprise of no one back then or now, they've been on a steady rise through the Australian electronic music scene, swiftly guiding through that 'Australian Sound' phase to a post-Flume world where everyone seems to have finally given up trying to copy Harley Streten, and crafting their own niche.

And crafting their own sound was a really big focus of my Skype chat with the Patrick half of Cosmo's Midnight (his brother's name - Cosmo), who since day dot has been putting in a constant effort to carve out their own niche amidst of sea of genres that come and go, with a focus on making music that lasts. And when you look at polls like triple j's Hottest 100, it makes sense. Electronic producers like Wave Racer, Golden Features and Basenji were some of the most-played tracks on the radio station last year, yet failed to poll anywhere in the top 100, or even in some cases the top 200.

There's plenty of reasons behind this - and it's definitely a larger conversation for another day - but a lot of the time electronic music can be quite 'of the moment', something Pat is very concious of. And it's something he's managed to avoid with Cosmo's Midnight's latest - and not surprisingly most widely successful single - Snare, featuring UK vocalist Wild Eyed Boy. Pat and Cosmo have always had a very strong presence online since their inception - currently boasting just over 50,000 Soundcloud followers and over half of that on Facebook - but Snare was their first single to really break out of laptop speakers and headphones and onto the radiowaves. And while he's had the tune in the bag for a long time now, Pat is fully understanding of why that is.

"It’s sort of weird, because Snare is quite different to the rest of our stuff. Even though it was released last year it’s an older tune of mine that was done about a year-and-a-half ago. And I’ve just been sitting on it, wanting to finish it properly... I wouldn’t say it’s a left-field production, but it’s really chilled for us, it feels like it goes back to our earlier stuff. The EP is definitely more progressive within our style. It’s hard to explain, I’m really excited for the EP to drop and people to hear it.

"I think the reason I had to put it out was because I’d been listening to it non-stop for almost a year and hadn’t gotten over it. It just resonates with me… A lot of stuff can feel more fleeting, whereas this always felt a lot more memorable, almost timeless in a sense – without sounding to arrogant or whatever. It sounded like it didn’t need to fit into any genre. We don’t try to write stuff that fits into a sound that’s popular or trending. And I feel like Snare very much sits outside of that and that’s why it resonates with people. It’s strong just on a song level."

And it's that concept of making music with longevity, and being in the headspace to want to create music that lasts, that's been a huge focus for Pat and Cosmo since the beginning: "When we started Cosmo’s Midnight our goal was to write timeless electronic music. The first EP I can still listen to now, I still think it really holds up. But imagine if I was like, 'I’m gonna make dubstep', and now it’s done. Same with trap to a lesser extent... But what I’m trying to say is the music we started off with is floating between all these different sounds. I think that’s the best way to work. Pull all your different inspirations and sources and weave it your own sound. Then it doesn’t sound like you’re trying to appropriate any sound that’s ‘trending’ or bandwagoning. Taking stuff from all these different areas that’s when it ends up having that ‘timeless’ feel."

Another big factor in Cosmo's Midnight's success since their genesis has also been the people around them. When we talk about that next wave of Australian producers - Cosmo's, Wave Racer, Basenji, Sable - it makes sense the guys would be friends. And mates they definitely are, with a bond that - for the Sydney-based members of that quadrant - goes back to before each of their respective current projects.

"We were friends before any of us really started out. I met Tom (Wave Racer) and Seb (Basenji) through our previous projects. We were always chatting on Soundcloud and were like we should meet up, and we ended up living really close to each other so we just went to their house one time before one of their shows and hung out. And now a couple of years later we’re all still really close but musically everything’s changed. They were making disco/French house kinda stuff, and we were making electro bangers. I’m glad we’ve moved on, me and Cos' were making that in-your-face stuff, and Tom and Seb definitely pushed our musical horizons, and we did the same for them in some ways. Me and Tom constantly send each other demos, and we’re constantly giving each other feedback. I wouldn’t know what my stuff would sound like if I didn’t have those guys offering thoughts on music.

No doubt there's been a bit of back and forth between the parties over the tunes Cosmo's Midnight have been working on in the lead-up to the release of their new EP, and I asked Pat if the EP is shaping up to be more Snare-esque, or in line with other popular releases like The Dofflin. "Our sound is definitely gonna be what we’ve done, but updated with all the different inspirations we like now. It’s definitely more… I like to call some of it 'left-field pop'. I’m obsessed with pop music at the moment, but I don’t wanna make full-blown pop, so I’m putting our own spin on it. I feel like all of our stuff was pretty poppy.

"The EP definitely isn’t as suited to the clubs, so when we play the tracks live they’re edits of them more suited. But I also don’t think it really matters. People fucking love listening to Snare in the club. People got up on stage and danced with us and stuff. It’s chill, but it’s got a beat so people can still have a bop or whatever. We’re definitely not trying to conquer the club with this EP. It’s definitely musical, we’re trying to make something that sounds great end to end, not just bangers."

Something timeless? I suggest. 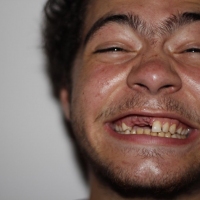 RATKING Are Straight New YorkNew York's RATKING may have gone from rappin' in a Harlem dungeon to rappin' Down Under, but it's still strictly no pretending. 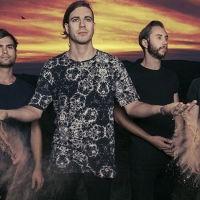