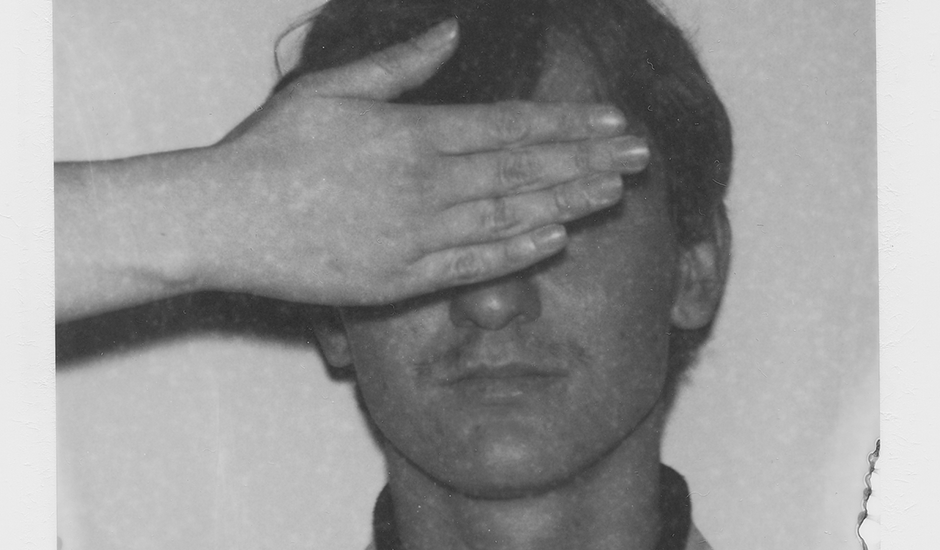 If this isn't your first time visiting the Pilerats site, then there's a remarkably strong chance you've seen some of Daniel Hildebrand's work in the past. Over the last few years, he's emerged as one of Perth's leading music photographers and videographers; the source of more press shots across the Pilerats website than probably any other photographer there is, and the director and/or videographer of dozens of videos from Western Australian musicians that we've had the pleasure of featuring - and will continuing featuring - throughout the years.

Since delving into music photography and videography while in university, Dan has built himself a portfolio featuring some of Perth's most brilliant and successful recent additions, becoming a go-to creative to capture the present and future of West Australian music at its best. He captured Spacey Jane as they relished in the success of their debut album, photographed international breakthroughs such as San Cisco and Stella Donnelly, and has worked on videos for Noah Dillon, Supathick and countless more - at this point, it feels like it's easier to list Perth artists Dan hasn't worked with.

Now, many of those artists will feature in his forthcoming new zine Paparazzi, launching with an exhibition on October 29th at Subiaco institution Corner Gallery. The zine/exhibition highlights the four-year journey Dan Hildebrand has spent with Western Australia's musical elite, featuring work spread across the state - those aforementioned names as well as acts like Death By Denim, Dulcie, Great Gable, Adrian Dzvuke and more - as well as select east-coast visitors such as King Gizz and First Beige.

There's also a couple of performances happening, with Matthew McConaughey (we assume not the real Matthew McConaughey, but perhaps someone with a song named after him) and Grace Sanders stepping up to play, as well as DJ sets from JXNIOR and Diego Arizona. Throw in some extra love from Gage Roads, Walls Magazine, Silver Halide Studios and Foolish, and the Paparazzi zine launch is an event seriously worth checking out - especially for anyone that's admired Dan's work over the years.

You can find more details on the show here, but before that goes down, we caught up with Dan to reflect on his journey so far, discuss the zine, exhibition and everything else going on, as well as his picks for the best of Perth's musical future bunch. Check it out below, as well some select work taken from his relatively short yet impactful career thus far: 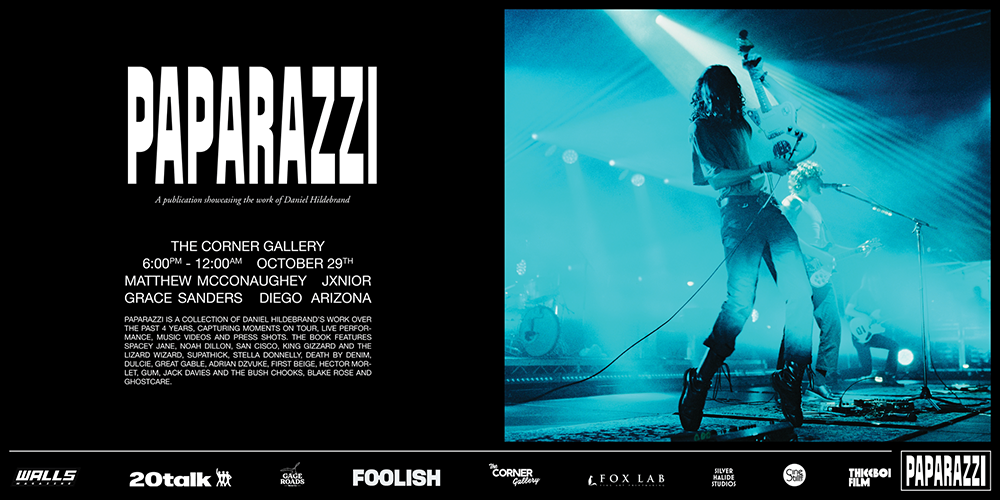 To start, let’s get a bit of an introduction to yourself. Who are you, what do you do, and how long have you been doing it?

Yeah, Awesome! Let's get into this. My name is Daniel Hildebrand. I am a Perth based photographer, director and creative director. I work mainly in the Perth music scene. Working with artists and bands on their music videos, press shots, album covers and every single space in between. I started taking photos of bands back in 2017. I was fresh out of high school with an interest in digital media and a massive passion for music.

What drew you into specialising in music + culture photography/videography in particular?

Growing up my biggest passion was listening to music. You would catch me scrolling through youtube hunting for music videos for hours as a kid. I used to design album covers for my favourite bands. Something about the digital media world behind music really interested me. I didn’t really plan for this career to happen. While studying marketing at UWA, I met a bunch of individuals who were gigging around Perth and these people became my closest friends and some of my most important figures in my career. I jumped on every opportunity to shoot live sets and over time I dived deeper into the rabbit hole. I find working with artists and their teams really rewarding, either pitching them concepts or pursuing their ideas.

We’ve featured a lot of Dan Hildebrand press shots and videos over the years. Can you tell us about some of your favourite or most memorable shoots from over the years?

Three come to mind instantly. The first one being a shot of Spacey Jane. It was taken on our ninth stop of the WA regional touring 2020. The band were playing in Port Hedland and everyone was pretty uneasy about arriving in this mining town. Everything in the town was stained red from the iron ore dust, this meant for some pretty interesting photos. I went for a walk around the ghost town and was pretty amazed by all the stained brutalist architecture. The band were trying to catch up on some z’s when I woke them up and told them we needed to get this shot. It’s definitely one of my favourites and more sentimental shots considering how tired and uninterested everyone was. 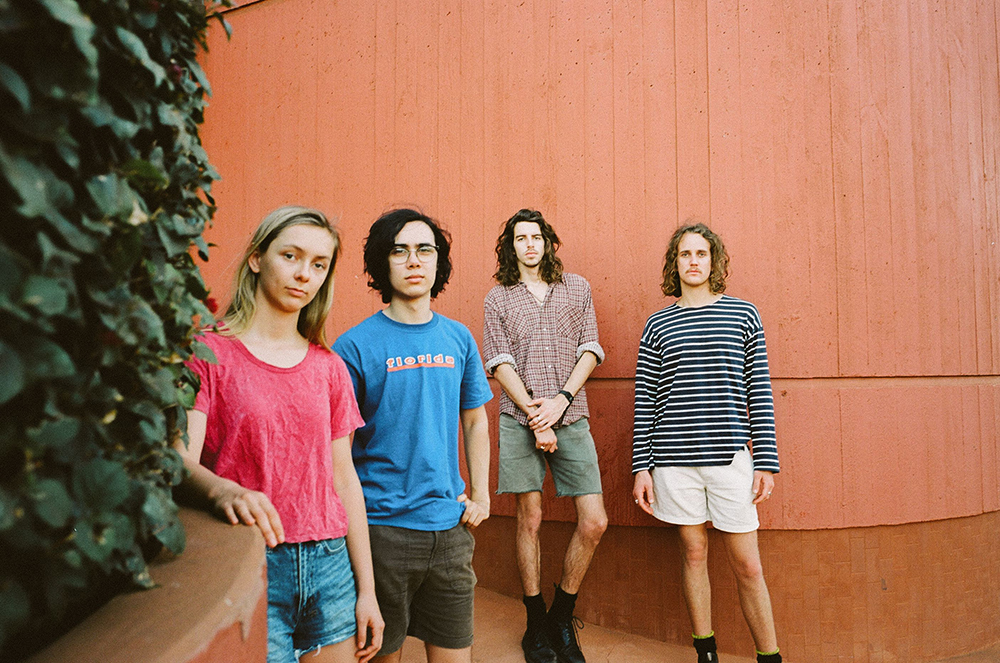 I really love this one of Ghost Care. We were on set for a music video for the track Kevin Garnett. I was definitely in a really creative place after spending 2 days shooting the video. It was 11 o’clock at night, we had fully wrapped the video and I managed to capture this picture. 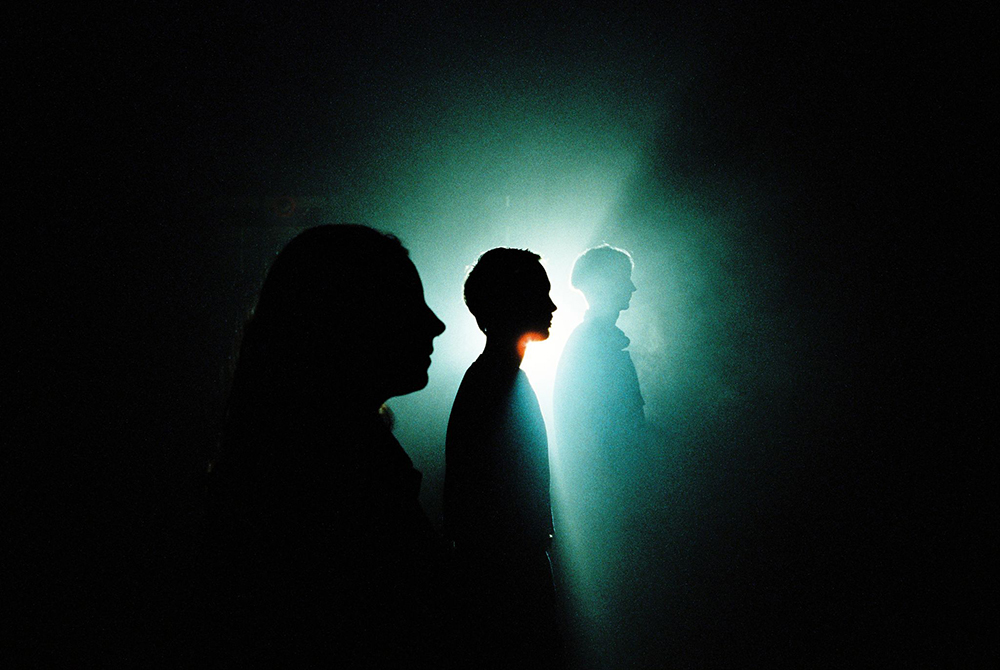 Lastly, This shot of Supathick. We were filming a live video at Perth Concert Hall and looking back at the image you can really see the Wes Anderson influence. 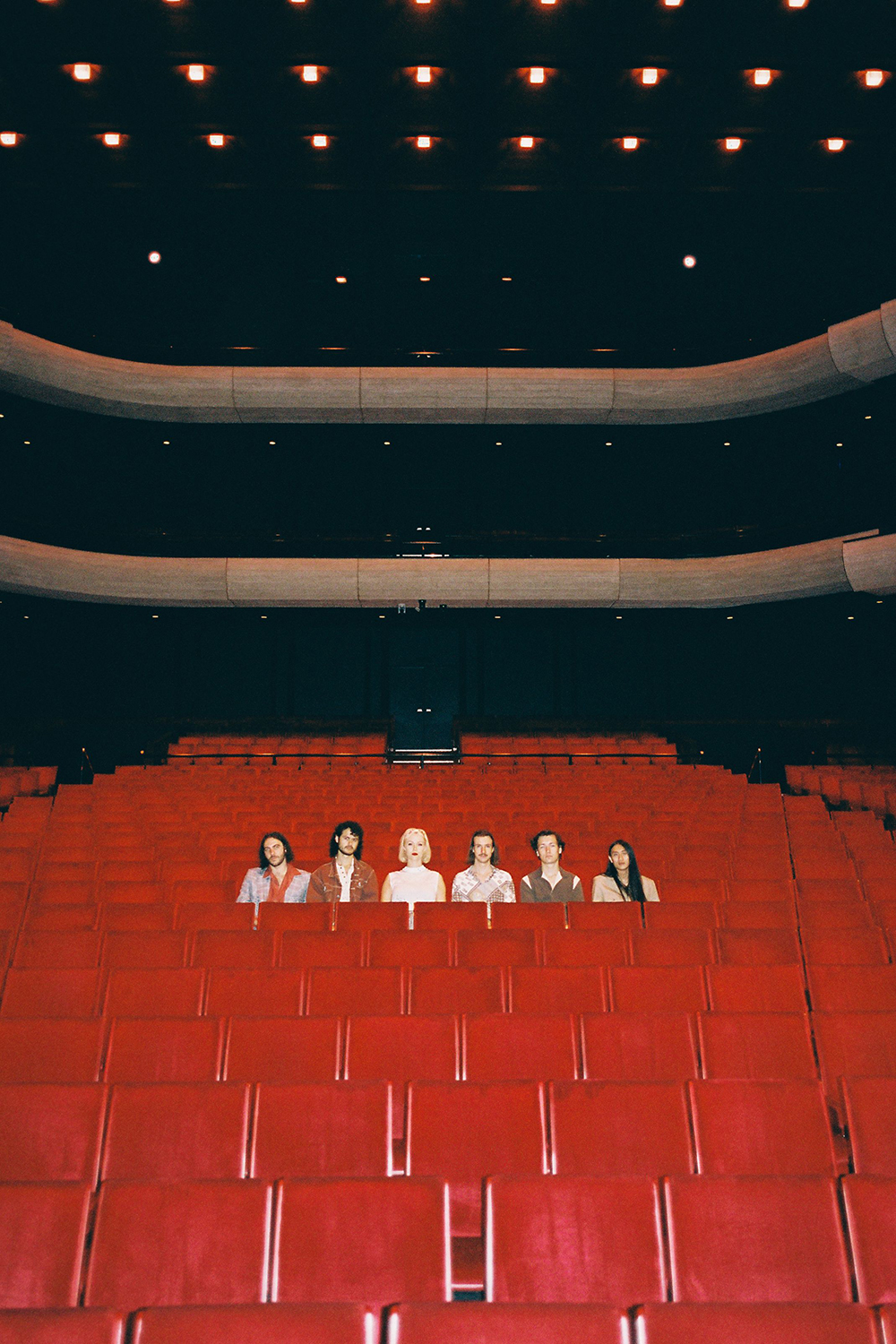 We know some of these favourites are going to be spotlighted through your new zine, Paparazzi. Can you tell us a bit about the zine and what’s in it?

Paparazzi is a collection of media works within the Australian Music Scene. Mainly focusing within Perth’s evergreen music scene. It features my live music photography, candid snaps from touring with bands, press shots and some more candid shots captured in the studio with bands. Majority of the zine is 35mm and medium format film with hints of 16mm motion picture film. There are even some record covers I have worked on with fellow collaborator, Garreth Pearse.

The zine contains a lot of my work with Spacey Jane. Starting way back in 2017 till their recent Australian tour. The zine also features my work with Noah Dillon, San Cisco, Stella Donnely, Supathick, Death By Denim, Adrian Dzvuke, Dulcie, Great Gable and many more.

How long has the zine been in the making for, and what has been the process of putting it all together?

This has been on my mind since the start of the year. I started this zine maybe six or seven times in the last 10 months. Chucking in the towel pretty early with each beta version. I knew committing to a draft would be the hardest part. I have been sitting on the name Paparazzi for a while now. It started as a bit of a joke. When people would ask me what I did for work, I would always tell them I was a paparazzi. The name just stuck. I feel like the name expresses my experience with taking photos of bands and artists, either playing this fly on the wall role - covertly snapping photos or just going ballistic with the shutter button.

This rendition of Paparazzi took me around 3 months to finish. Sorting through all my work was the hardest part. Deep diving through hard drives, combing through 4 years of work, selecting the images that defined me and the bands I worked with. There are a lot of interesting images in the zine, but also a bunch of photos that missed out.

I managed to get some really amazing people involved with the project. Good friend Sam Hayes (Project.Sam) hopped on board as the project's graphic designer. My friends - Aimee, Alex and Luke from Silver Halide let me run with the crazy idea of scanning 16mm motion picture film through their Fujifilm Frontier SP3000. Jack O’Grady from Walls Magazine has taken more of a producer role and played a large part in the event coordination. This has pretty much been the best creative adventure I have ever been on and cannot wait to have this zine out and about.

You’re launching it with a little event at The Corner Gallery on October 29th. Wanna give us a bit of information about this show and what’s in store?

It’s going to be a pretty fun night. I’m going to have some images on the walls and a little video installation on an old school TV. I have got some good friends playing some sets. George from Death by Denim will be spinning some tracks using his new alias “DIEGO ARIZONA”. Grace Sanders is coming through and playing a live set. Some dude called Matthew McConaughey (he's a bit of a Knievel Daredevil from what I have heard) will be taking the stage. And my good friend JXNIOR is going to close the night rockin and rollin behind the decks. The night is sponsored by Silver Halide, they will be having a pop-up shop at the event. Gage Roads will be supplying the beers. Cinestill, Walls Magazine, Thiccboi film, Fox Lab Printing and Foolish are also backing the night. I’m really looking forward to it. 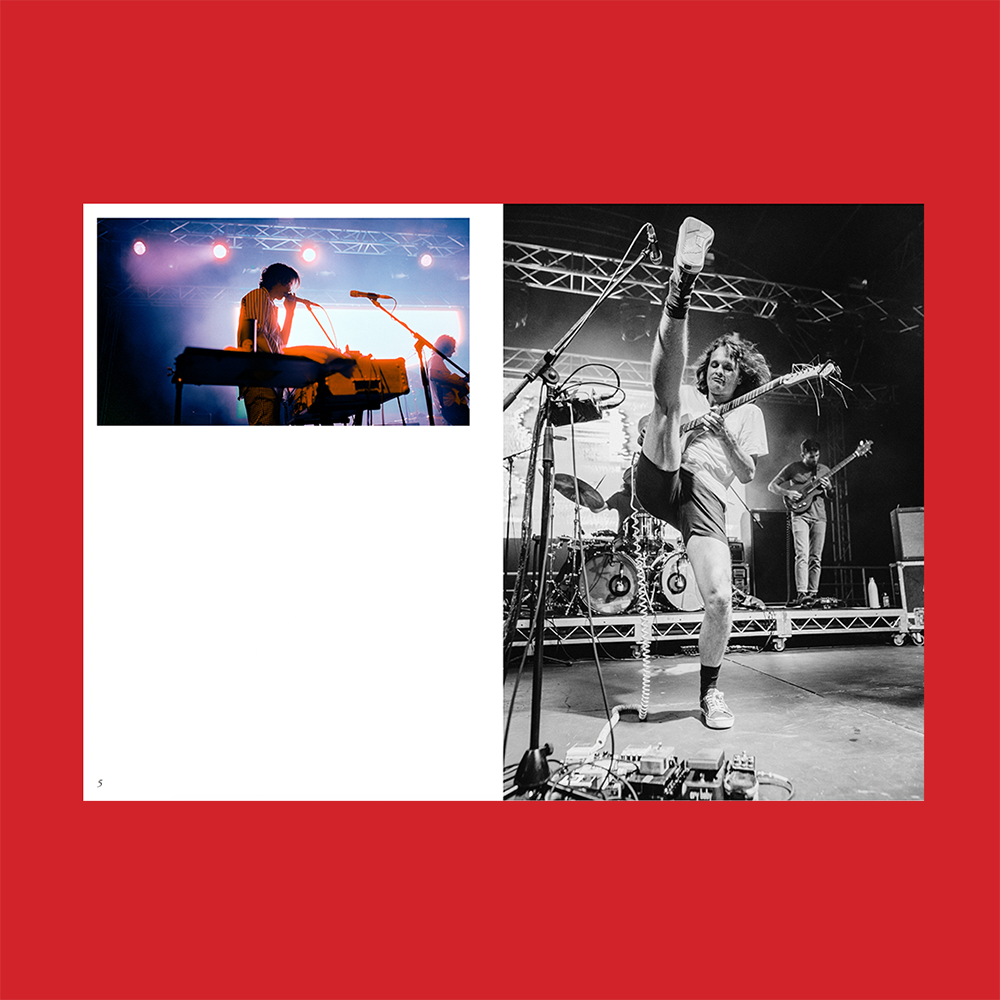 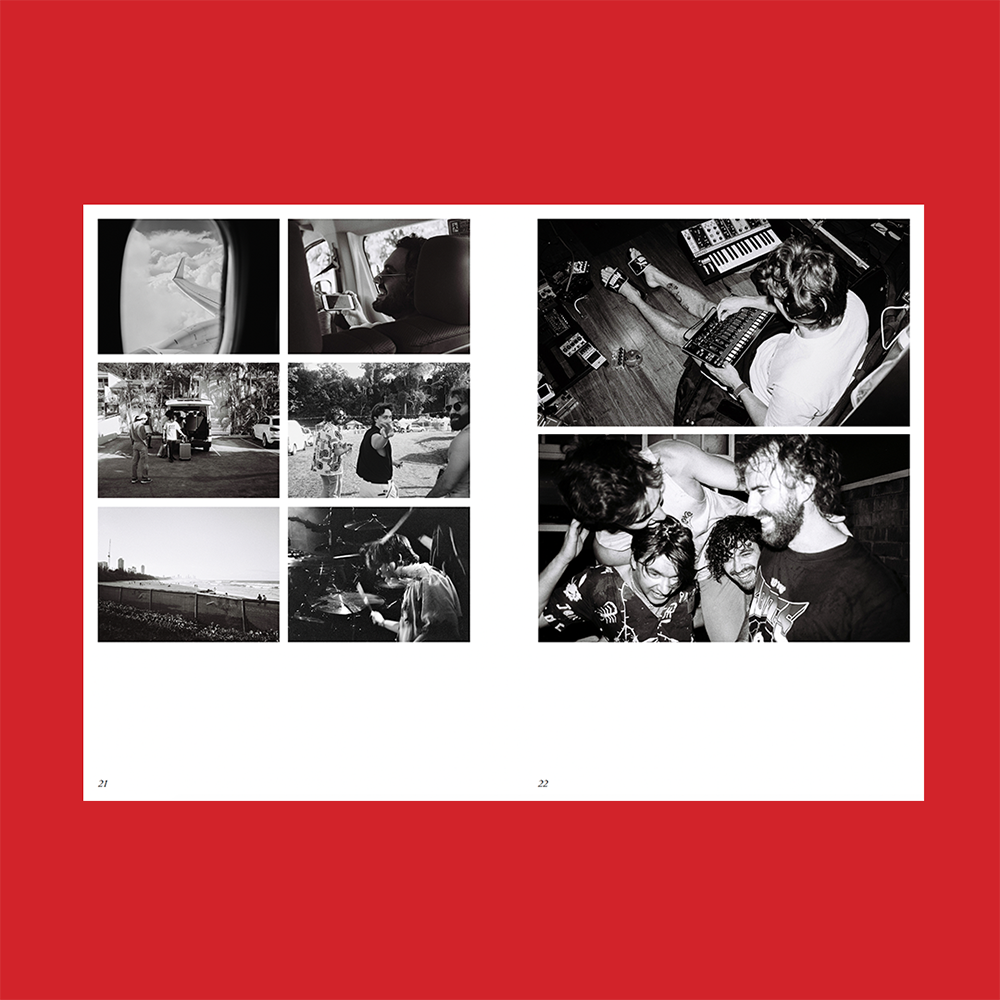 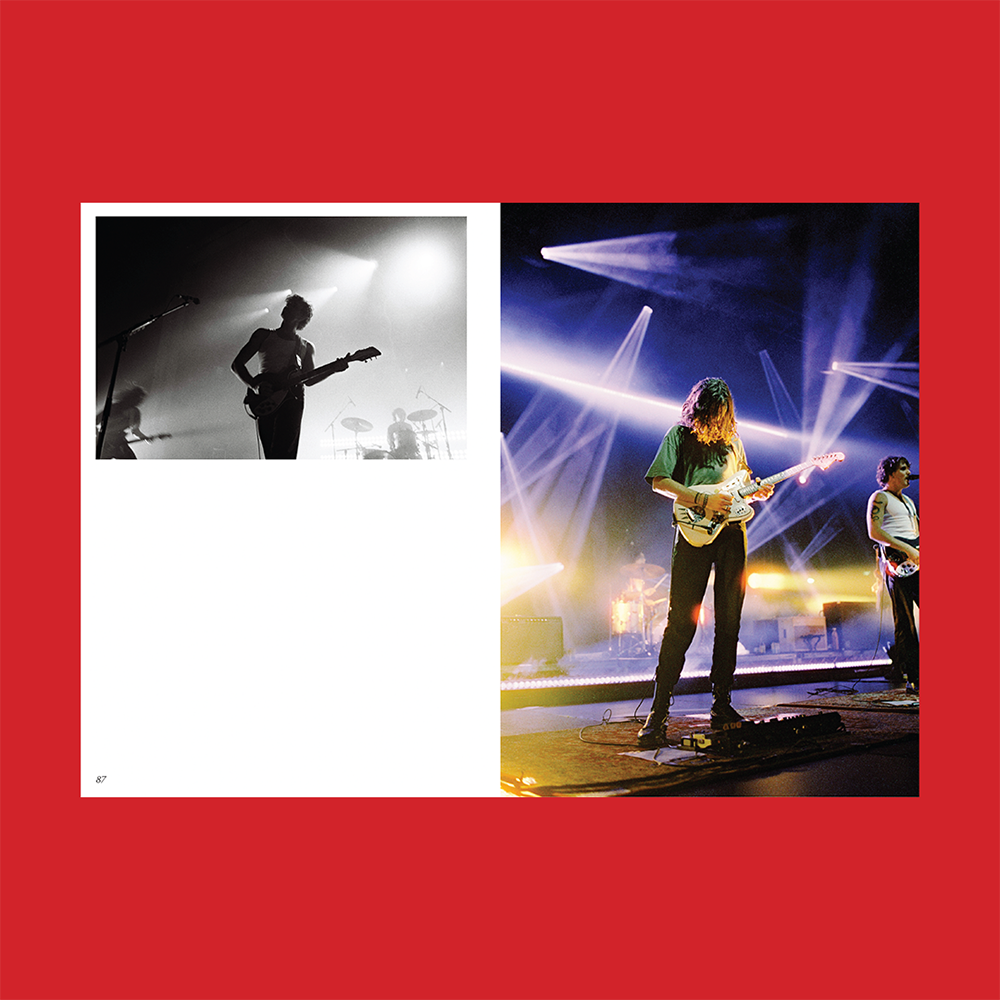 We know first hand how many bands you’ve photographed over the years. Is there any in West Australia that you think deserves a little more love? Any new up-and-comers that people should watch out for?

I am in full support of Nectar and Smol fish. Both of these bands are charging through the gates with interesting and engaging music. Nectar are an Indie-Soul outfit and whenever I have worked with them they just impress me with their tunes, good attitudes and overall passion for music. Smol Fish are just killing it. Coming fresh out of their debut EP. They are going all-in and gigging a couple of times a week and still finding time to release some awesome music.

I feel like whenever I go to gigs these days I’m always impressed by the young talent coming up in Perth. Mega special mention to King Blue, Humble Armada, Dice and Claudie Joy and the Joy Boys.

A zine is a big feat, no less with a show like this attached to it. Now that it’s drawing closer, what do you want to do next? What’s on the cards for Dan Hildebrand’s future?

Ahhhhhhh. I’m not entirely sure. I would really like to hop on some more tours. See where that takes me. I want to keep practising my craft and meeting new people. Just keep doing the same thing but cook it on a hotter pan! 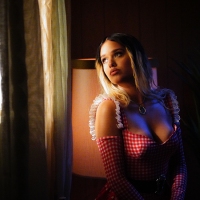 Tommy Genesis Is Born Again: “I love the idea of reinvention.”In the moments before Goldilocks X, Tommy Genesis takes time to talk reinvention, inspiration, vulnerability, and the importance of creative control. 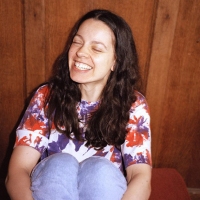 The uneasy beauty of Tirzah: “I didn't have any expectations.”On her sophomore album Colourgrade, London’s Tirzah builds on her intricately spacious sound, diving into the passions of her new familial life.

A Moment Apart: The Evolution Of ODESZA

We chat to one-half of the Seattle duo about their bold and confident third album, and drawing inspiration from the world around them.